So last August, I received a new 6.5 Grendel AR Barrel from McGowan. Overall it was very nicely done and they accommodated my requests for a specific length, gas system, and gas port diameter (12.7" mid with .093 port). When I went to start developing loads for it, I noticed I was having a lot of trouble getting consistent CBTO measurements to the lands, and the measurements seemed short. I have had 3 other 6.5 Grendel barrels so I kind of know what to expect. I then chambered some factory Hornady 123 AG with sharpie on the ogive. It chambered fine and didn't seem to be contacting the lands but they looked like this: 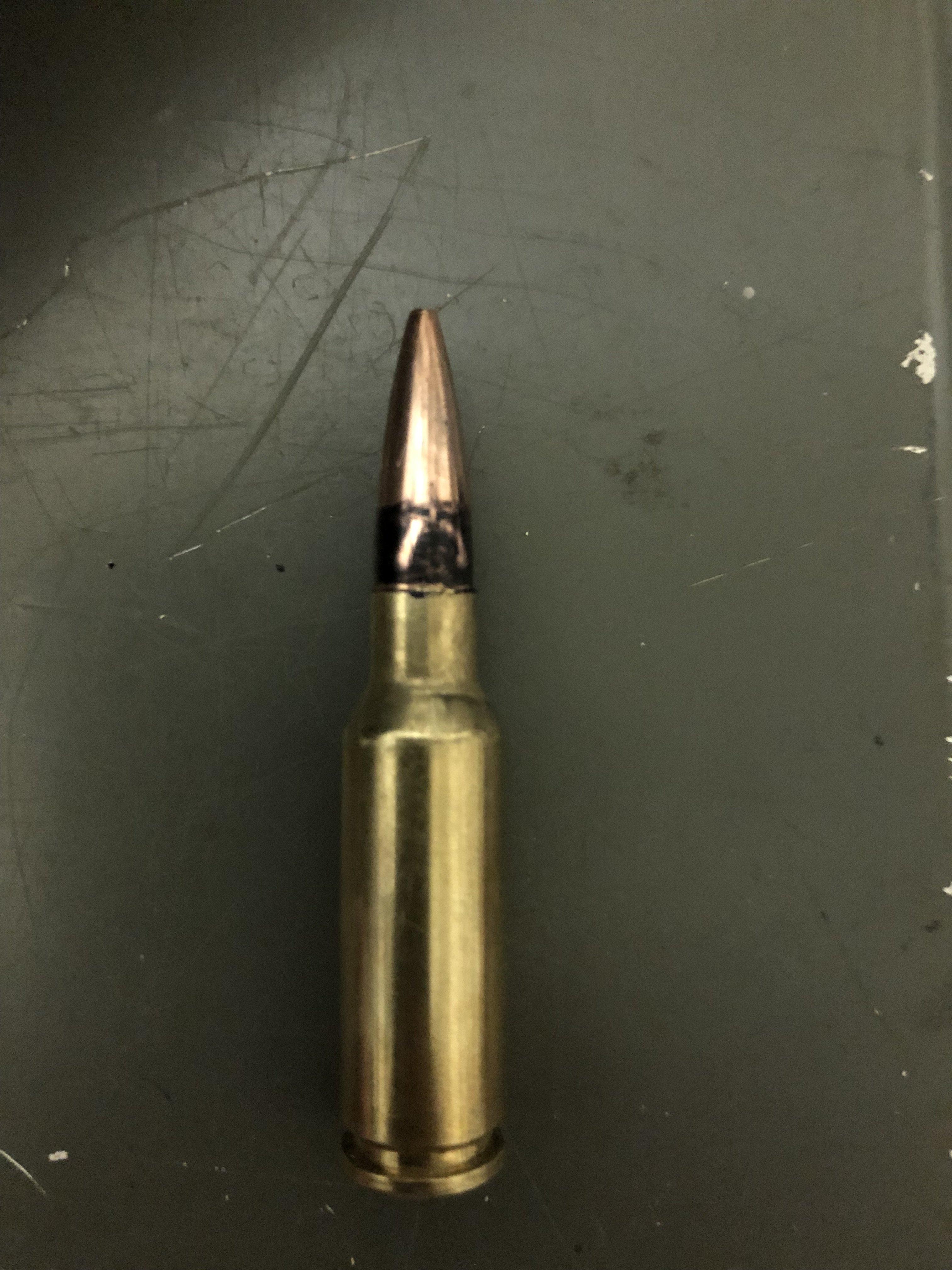 After seeing this, I called McGowen and sent them this picture. They agreed to take the barrel back to work on it. I disassembled my upper, sent them the barrel, and received it back two weeks later. No complaints on customer service. Problem is, I still get that mark on every bullet that goes through the chamber.

I decided I would just shoot it and clean it and maybe it wouldn't affect anything. I shot factory ammo through the gun exclusively, about 200 rounds, and it's still there. It doesn't seem to be causing over pressure or accuracy issues, which is surprising. I kind of forgot about it over the summer and I don't think sending the barrel back again is an option since its been over a year, my fault for not being more proactive. I also really don't want to disassemble and reassemble this upper again.

Anyway, my question is: Will a 6.5 Uni throater clean this up? I don't think I need much more length in the throat, but it is hard to tell since I can't get consistent measurements. Would the Uni-Throater stay straight since this imperfection is only on one side of the throat/freebore? I don't want to mess up the barrel beyond repair since there would be no way to set it back any. Suggestions? Other Solutions?

Are you getting those marks when feeding from the magazine? It looks like marks from the barrel extension which are normal. I would use the Hornady tool for finding the lands before going in with a cutting tool.

No I get the marks slowly pushing the rounds in holding the case on the bolt with no ejector. Upper removed from the lower of course. This is how I do my CBTO measurements with a piece of brass that has a slot in the neck to allow the bullets to slide with some friction. I do this instead of using the Hornady tool.
The picture above is a loaded factory round inserted that way. It is definitely something in the throat. Maybe I need a bore scope to check it out.

Also, it is extremely consistent. Any loaded round pulled out of the chamber has the exact same markings.

If in doubt you can get a Hornady Length Gauge.
We can drill and tap the cases for you to determine the exact case and bullet length.
We will do the work for free. Just send us two fireform cases (cleaned)
You will need to purchase the Hornady Gauge Lock -N-Load Hornady Tool to measure.
If you have the brass cases we can drill and tap for free, Just send $6.00 for return shipping

We did hundreds for LRH members and other shooters

WE also have Uni throaters if you need more free bore, but you need accurate measurments from the Hornady Length tool first.

I'm to lazy to retype.....below is a link to a thread on throating a Grendel. Hard to say without a scope if it would cleanup or not, but this is how I kept everything centered up for doing by hand.

I wish I had a Lathe, but I don't so I plan to try it by hand. Between several of us, we have 5 barrels ordered at the same time that are the same short throat......Maybe I should be a real friend and start on my buddies, Only so he gets his back first of course! :D

There's a couple threads on various forums about McGowan right now and I think a handful of guys have had the exact same issue as you. Others have headspace off enough to fail the go/no go.
Some have sent it back only to have nothing at all done to the barrel - same issue when they get it back.

I was just about to pull the trigger on a barrel of theirs, but it's a lot more than just 1 person.
G

akmtnhnt said:
There's a couple threads on various forums about McGowan right now and I think a handful of guys have had the exact same issue as you. Others have headspace off enough to fail the go/no go.
Some have sent it back only to have nothing at all done to the barrel - same issue when they get it back.

I was just about to pull the trigger on a barrel of theirs, but it's a lot more than just 1 person.
Click to expand...

264MHC said:
I shot factory ammo through the gun exclusively, about 200 rounds, and it's still there. It doesn't seem to be causing over pressure or accuracy issues,
Click to expand...

So where's the problem? It's printing decent groups at the target, no issues with pressure and your brass is fine.
It chambers factory ammo without issue.
Are you positive you're not letting the bullet rub on the feed ramp as you're inserting it?

That rub mark is in the freebore area of the chamber, in theory a burr of some sort might be responsible- is there an actual scratch on the copper jacket, or is it just the ink smudged?

I can't speak for their chambering beyond a couple of pre-chambered barrels I've fit for customers and there weren't issues; I use more of their blanks than any other manuf and very rarely have had any issues- and Dan has always been responsive in my experience.

I had issues with my McGowen barrel. They customer service is awful a nd the barrel work is crap !! I’d never buy from them again.

Get a USB borescope, and take a look. I got the Teslong off of amazon. 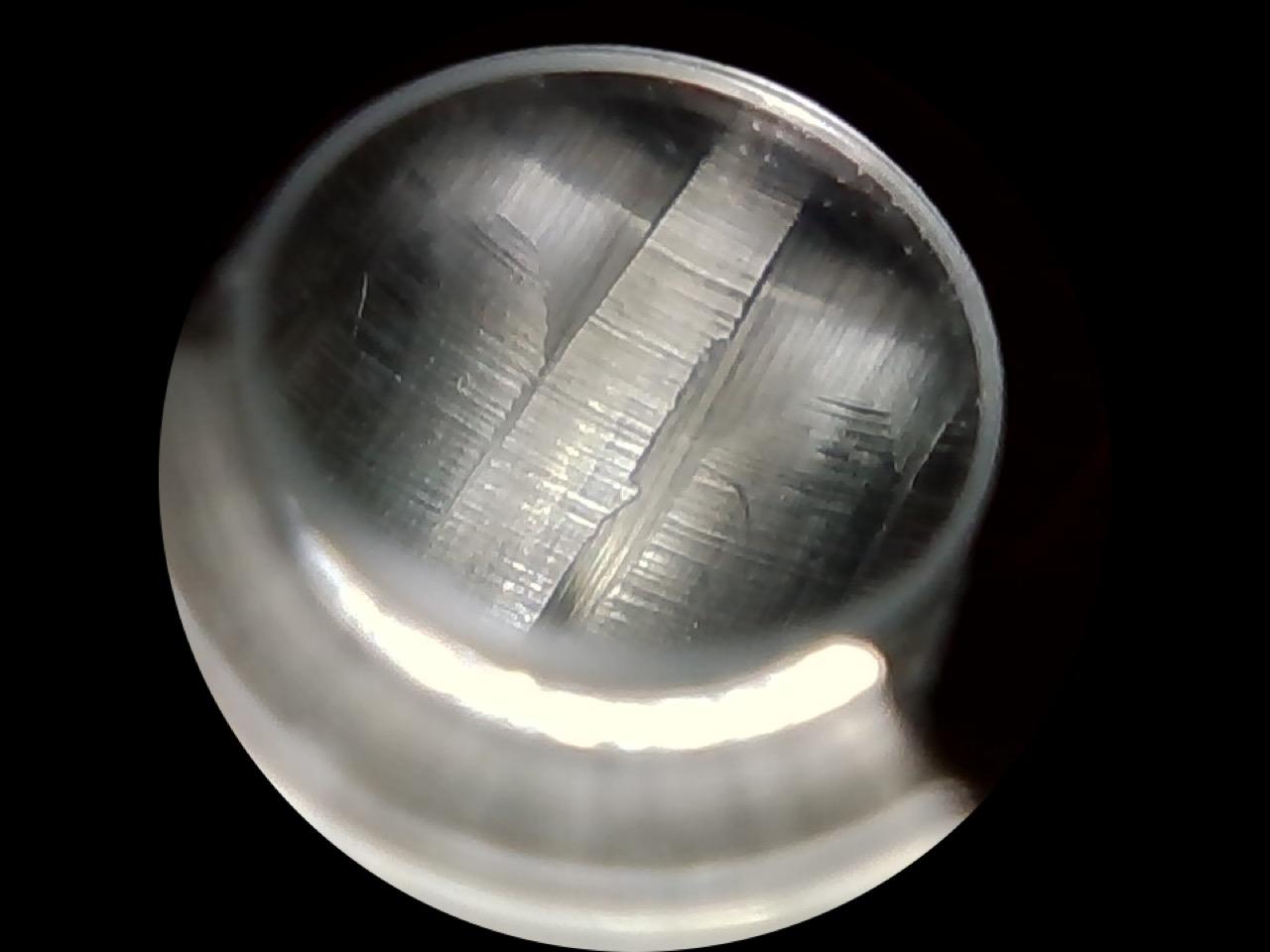 Ya I think a bore scope is my next move. To be clear, I am very confident in my CBTO measurement technique. That is why I knew something was off with this barrel. The marks are in fact scratches in the bullet jacket that can be felt with a fingernail. They are visible without the sharpie on the ogive, just easier to see in a picture that way. There has to be something in the freebore like a burr. For example one of my standard loads is 27.5 AR Comp in Hornady brass with 123 ELD at 1.665 CBTO 2.25 Coal. This load has shot 1/2 to 3/4moa in 3 other Grendel barrels and was generally .035 +-.010 off the lands. In this barrel, this seating depth jambs in the lands and I had to drop it to 1.635 To not jamb. When checking this measurement with my standard method, measurements came out anywhere from 1.62 to 1.655. I believe this was the Burr showing false measurements.

I shot the rifle again today. Averaged around 1moa with Hornady AG and 3/4 with the above load. Pretty standard for that stuff. I also did some Velocity testing with 97 Hammer absolutes and some different powders.
The barrel is certainly functional and Isn’t a dud by any means so I should probably not worry about it and just shoot, but I just can’t stand knowing there is something not as good as it could be.
Share:
Reddit Pinterest Tumblr WhatsApp Email Share Link