I recently purchased a spotting scope and need a tripod for it. I am just starting to look but have been told the Vortex and Manfrotto brands are good. I am interested in the handle grip which may limit my options. Obviously something not real heavy as I already feel like a pack mule with the other gear I carry. Sturdiness is the number one factor. It will be used for hunting out West.
Does anyone on here have a model they recommend?
S

Manfrotto carbon fiber with the squeeze handle head. I’ve used it for about 8 years around the country, holds my Labradar every trip to the range. Spendy, and worth it. If mine disappeared tomorrow I would buy an identical without hesitation. 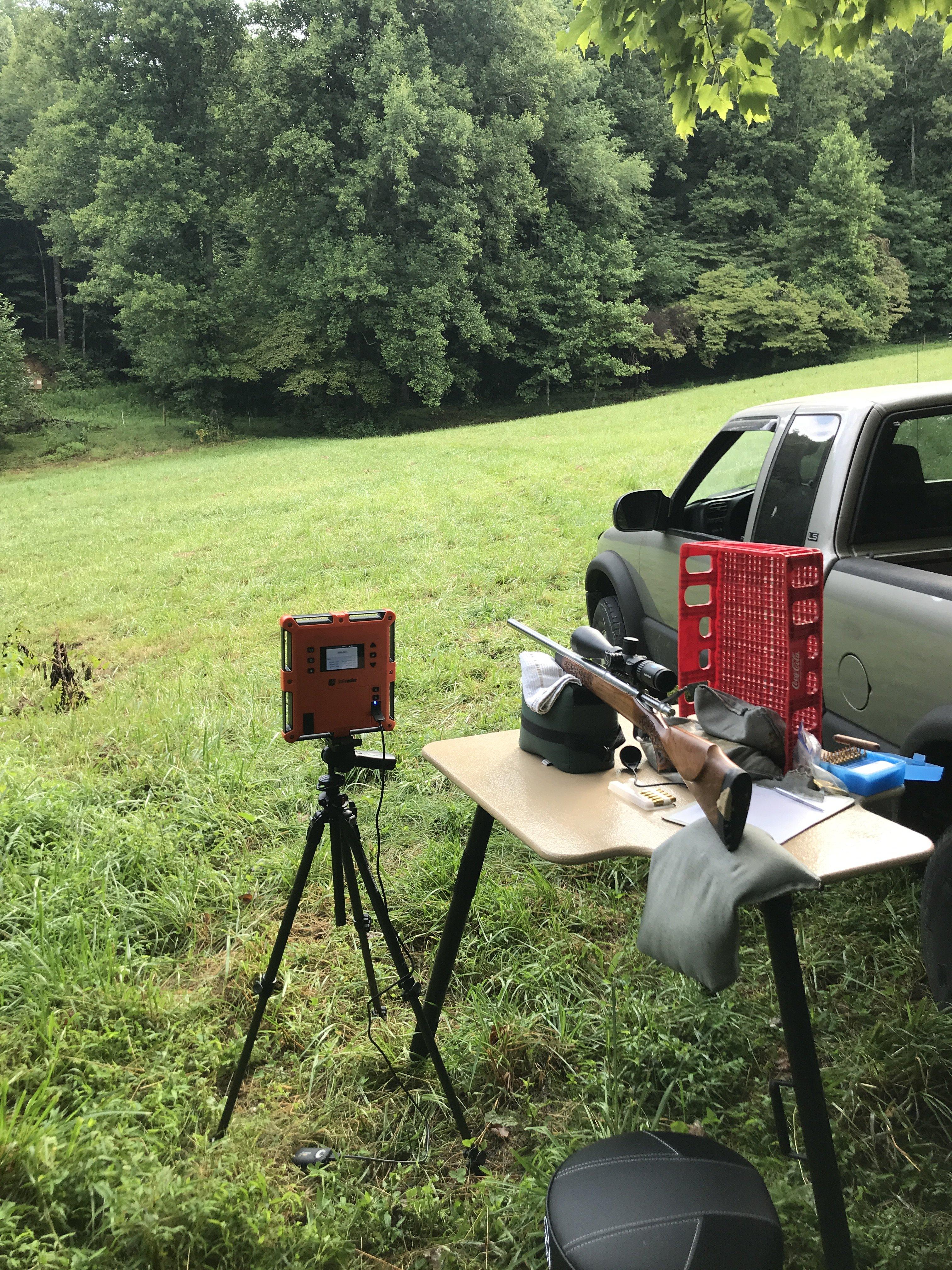 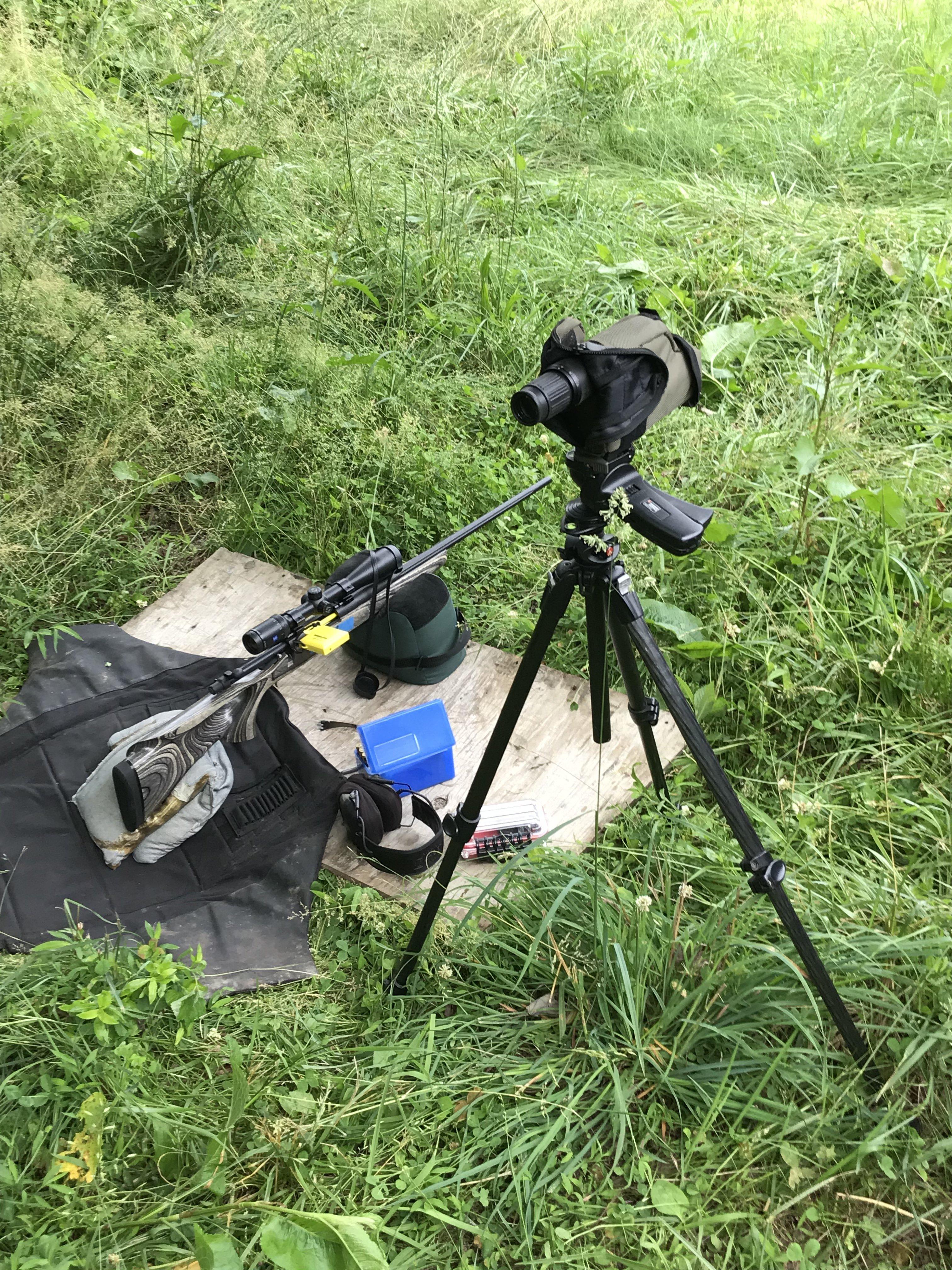 For a scope or a Labradar, I am not sure the pistol grip ball head makes sense if weight is a big concern.

I bought a pretty cheap carbon fiber China tripod and it has a ball head that would be good for a Labradar. For a scope, I like a telescope style slow motion control, leveling heads and full telescope style gimbal type alt/azimuth mounts.

Orion makes a small slow motion control for about $40 which is pretty cool and will let you aim the scope without shaking it too much.

For more like $150 you can get a Kenko mount which is pretty awesome but uses a Vixen dovetail, it's pretty bulky and not terribly light. I have one on top of an old Manfrotto leveling head and a nicer carbon fiber China tripod but it's going to have a fairly large spotting scope with Binoviewer, a binocular LRF, a red dot spotting scope and a Kestrel.

You can get away with a lot less if it's just a spotter.

I also bought a cool folding three legged stool to use it while seated which can let you use a shorter, lighter and more compact tripod.
G

Outdoorsmans makes some nice stuff but $$$.

Outdoormans stuff is pricy, but falls in the buy once cry once category. I have a two piece tripod with the grip head and pan attachment I purchased in 2008 for an AK sheep/bear hunt. It gets used all the time and has been banged around the forest and desert for years. I did have to take it in twice for repairs, but no questions asked. If you own it, they will fix it. I recently added a binocular attachment and wish I had done so years ago. It too was rather spendy, but it sure is stable, light and rugged.
M

Thanks everyone for your input. I bit the bullet and ordered a setup from Outdoorsmans. Anxiously waiting for delivery to try it out!

Congratulations Maverick254. You will not be sorry once you cover the payment. I wish I had been this smart on the binoculars I have purchased over the years. I could have two Leica's instead of one and a collection of lower priced stuff that just isn't good enough.
Last edited: Sep 9, 2020
B

Maverick254 said:
Thanks everyone for your input. I bit the bullet and ordered a setup from Outdoorsmans. Anxiously waiting for delivery to try it out!
Click to expand...

If you don't mind me asking, what did you settle on? I am in the same boat and I am undecided on the tripod. I have never had a really good set up so I don't know where to start.... You can PM me if you want.
Thanks 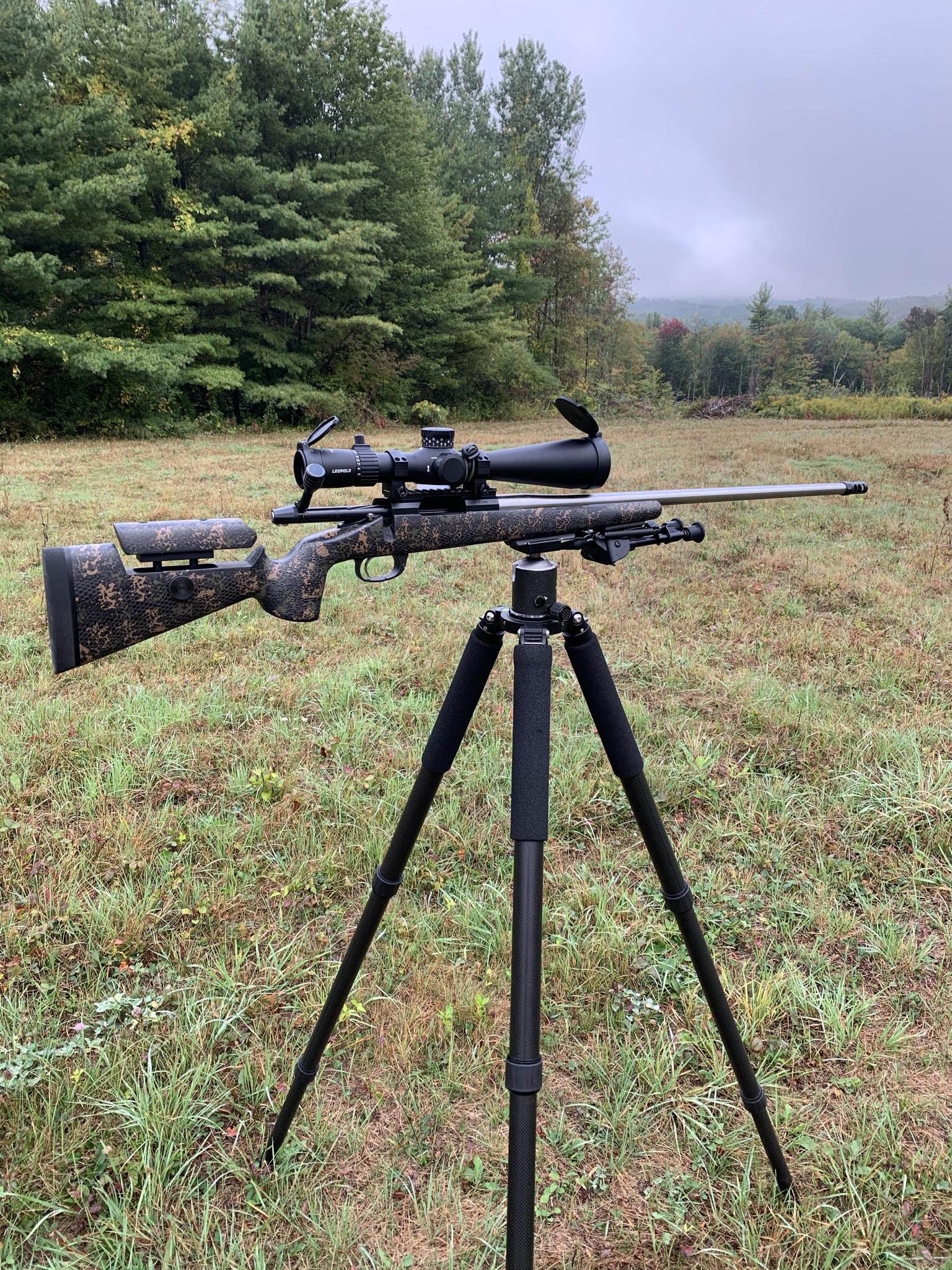 bobinpa said:
If you don't mind me asking, what did you settle on? I am in the same boat and I am undecided on the tripod. I have never had a really good set up so I don't know where to start.... You can PM me if you want.
Thanks
Click to expand...

I settled on a tall tripod from Outdoorsmans. This tripod allows me to use it in the sitting, kneeling, or standing positions. I got the pistol grip head with the quick release panner. The panner allows me to scan left and right smoothly without moving the pistol grip.

I also want to say that Ryan at Outdoorsmans replied to my emails and even called when needed to respond to my questions. I didn’t know exactly which pieces I needed so he walked me through my options. Awesome customer service!
Tripod is very light and sturdy!

I haven’t heard of that brand, but like I said before I am new to using a tripod. This setup looks sturdy!
B

Any opinions on the primos trigger stick with the spotter adapter?

bryanthomas13 said:
Any opinions on the primos trigger stick with the spotter adapter?
Click to expand...

Tried it, and I much prefer the carbon tripod with outdoorsmans head for spotting scope. That being said, I love the primos trigger stick tripod for shooting off, so now we just bring both!
Share:
Reddit Pinterest Tumblr WhatsApp Email Share Link