Three in one day!

Two weeks ago I was very fortunate to get three out of four coyotes in one day. I called the first double in early in the morning and dropped the first one but missed the second one on the run. Packed up and drove an hour to a new farm. Called the first one in on the three minute mark. I immediately hit the ki-yi and as I was talking on the phone to a co-worker (that had been ribbing me about coyote hunting) I told him to hold on. I put the phone down, picked up the gun and shot the second one. I then picked up the phone again and told him to "Make that a double." It was a great day. See ya in the woods. Hope you enjoy the pics. 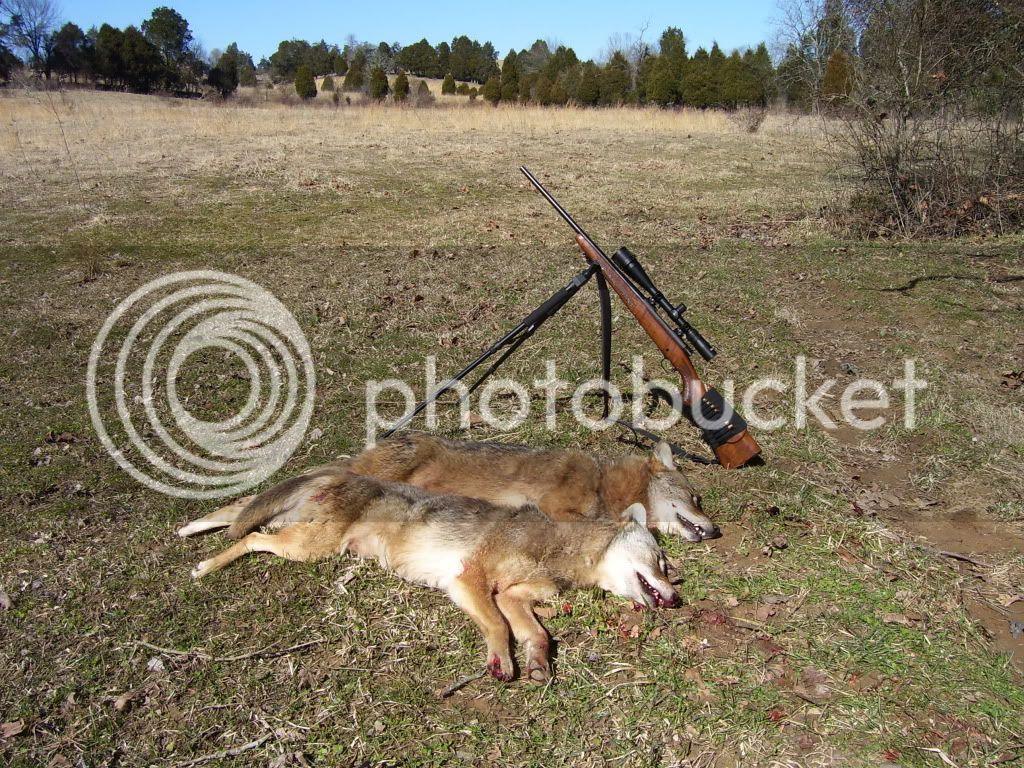 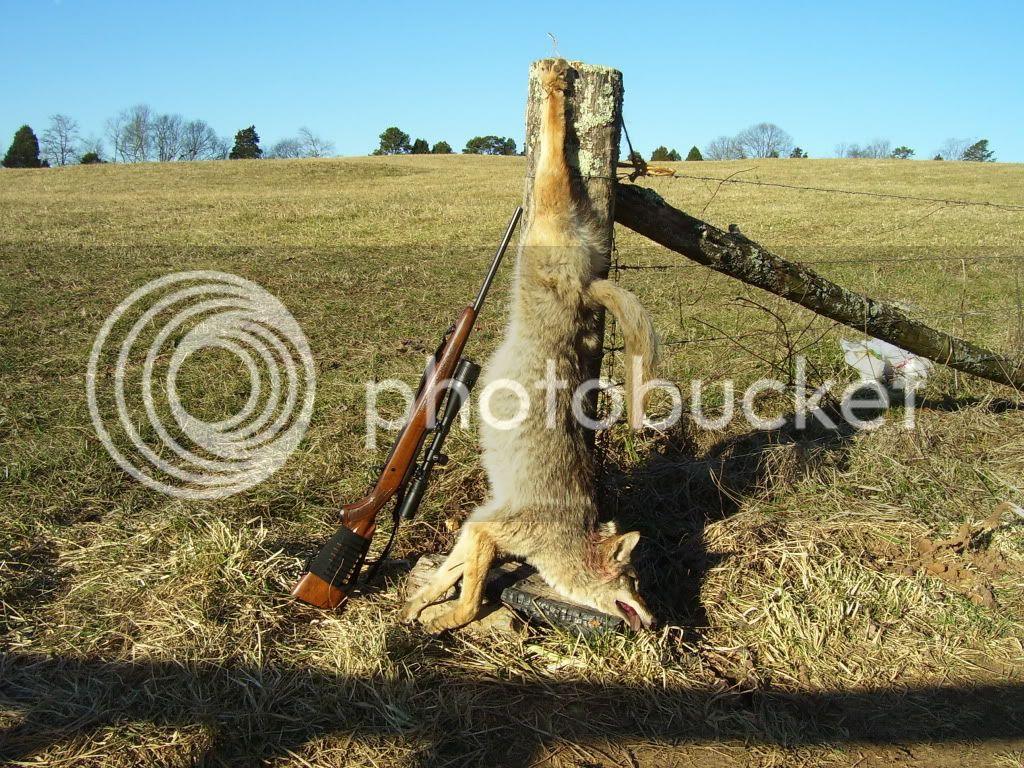 dang nice job.. so can you give more details on the gun,cartridge?
G

Nice job. What were you using for a caller, hand or E caller, and what sounds?
Tarey
C

Congratulations, nice shooting. I see a little green grass on the ground so I guess things are warming up a bit in TN.
T

OK, here are a few more details. I shot these coyotes with a 1965 Model 70 in a 243 using a 100 gr. bullet. I am getting ready to switch to a 70 gr. because I am on a mission to get a (60/40) black and white coyote that hangs around the back forty of my place. I want to get him mounted if I get lucky enough to get him. I want minimun pelt damage for that.
I called all of these in with a FoxPro Scorpion. When I called the first pair in I was using the distress grey squirrel sound. Could have gotten a double on the first pair if I was halfway decent on running shots, (he wasn't going that fast). It is just not my forte. On the double I used the Lightning Jack sound. It works great on places that have never been called before.
I called a big male in last Wednesday night just before a storm front came in. I tried everything in the book but he didn't show up until I hit the wounded pup sound, then he came busting out of the woods with red in his eyes. Shot at him and I think that I got him but he ran into a heavy thicket and I still haven't been able to find him. Hit or miss? I don't know. No blood, but he ran rather labored, head low and I heard him crash in the brush. Watching for buzzards.
And yes, the weather is starting to change. There is a little green showing up here and there in Tenn. See you in the woods.

*Tip*- The scope that is on that gun is a Tasco 6-24X40 Varmint/Target scope. I really like the scope EXCEPT when you crank it up to 20+ power it is not quite as clear as it is on the lower powers. That is why I have a Nikon Buckmasters 4.5-14X40 scope sitting in the closet which will be mounted on that gun shortly. I am not downing Tasco scopes. I have a couple of others and like them all. I just really want the extra clarity on the higher power.
Last edited: Mar 18, 2010
C