Anyone have any experience with this gun? The last one I purchased in 338 Lapua, had a horrible looking barrel that didn't shoot the best. But if I want a budget 300PRC, I think this is the best bang going. Thoughts?
W

I am in the 'never again' camp with Savage, at least a Savage with a Savage made barrel. I see some now with Proof barrels from Savage directly and I might consider a Savage with an aftermarket barrel if the price was right? The last one I bought was a 12F in 6.5cm and the barrel is horrifically bad internally. How it shoots at all with that piece of pipe on it amazes me.
W

I recently bought a Savage 110 Ultralight in 6.5 PRC. They are building these with a Proof Research barrel, Accufit stock with adjustable length of pull and comb height and a "blueprinted action". I was skeptical, but at about $1300 for a 6lb rifle with the above features....anyway - it is a great shooter. Still breaking in and only have about 30 rounds thru it. But it is shooting less than .75 MOA out of the box.

One complaint is the extremely heavy bolt lift on the second round. I like the rifle enough that I will work on the bolt lift issue.

I know you are looking for Elephant killer sized lead slingers.....But maybe Savage makes one of them that is in a large enough hole-making-siz. I killed a very big bodied bull Elk in Oct. with this caliber. Double lunger - he looks a few steps and that was it. Changed my "Never less than a .300 WM" recommendation to hunters wanting to go west and hunk Elk.....
T

It’s not how big the bullet you shoot, but rather how accurate you can shoot it.
T

RockyRandy said:
It’s not how big the bullet you shoot, but rather how accurate you can shoot it.
Click to expand...

I am not an "absolutist" on that....I DO believe that there logical, rational choices in size of round for the game we are hunting. But, frankly....this recent Elk kill has caused me to re-evaluate a bit. I was nervous about using what I considered a "light" caliber - the 6.5 PRC on bull Elk. That was based on many years of experience with older "experienced" ballistics, bullet design, and powders.. But, the truth is that computer modeling and technological advances - just like in every other industry - have created better, more accurate calibers and ammo. For the record - the round used was a Hornady 147 ELD-M. Not the hunting designed ELD-X. The bullet un-furled into a shape that more closely resembled a Black Talon pistol load..... Weight ration was about 80%. The bullet was recovered under the hide on the far side of the animal - clearly delivering all of it's energy into the carcass, for maximum shock.
So, I say all of the to say....I am re-evaluating what I grew up believing, to quote the great Robert Ruark..." Use Enough Gun". Maybe not as much gun is needed - given good shot placement and modern caliber/ammo designs.
W

Maybe Ruark said this too: "Remember that xxxx pounds of energy isn't falling out of the sky, but dropped from one foot."

I have a LRH in 7mmRM . It didn't shoot very good out of the box so I sent it back . They polished the chamber and claimed they found a burr . It still didn't shoot very consistent . Then , out of lack of being able to find good ammo , I started reloading . Instantly it started shooting less than MOA , almost anything I load it shoots great , but it seems to like H4831SC and RL25 the best , either 162 ELD's or 150 ELD's . Granted it's only 100 yards right now .
But , I think Savage gets a bad rap . I know this isn't helping with 300 PRC , but just putting it out there . 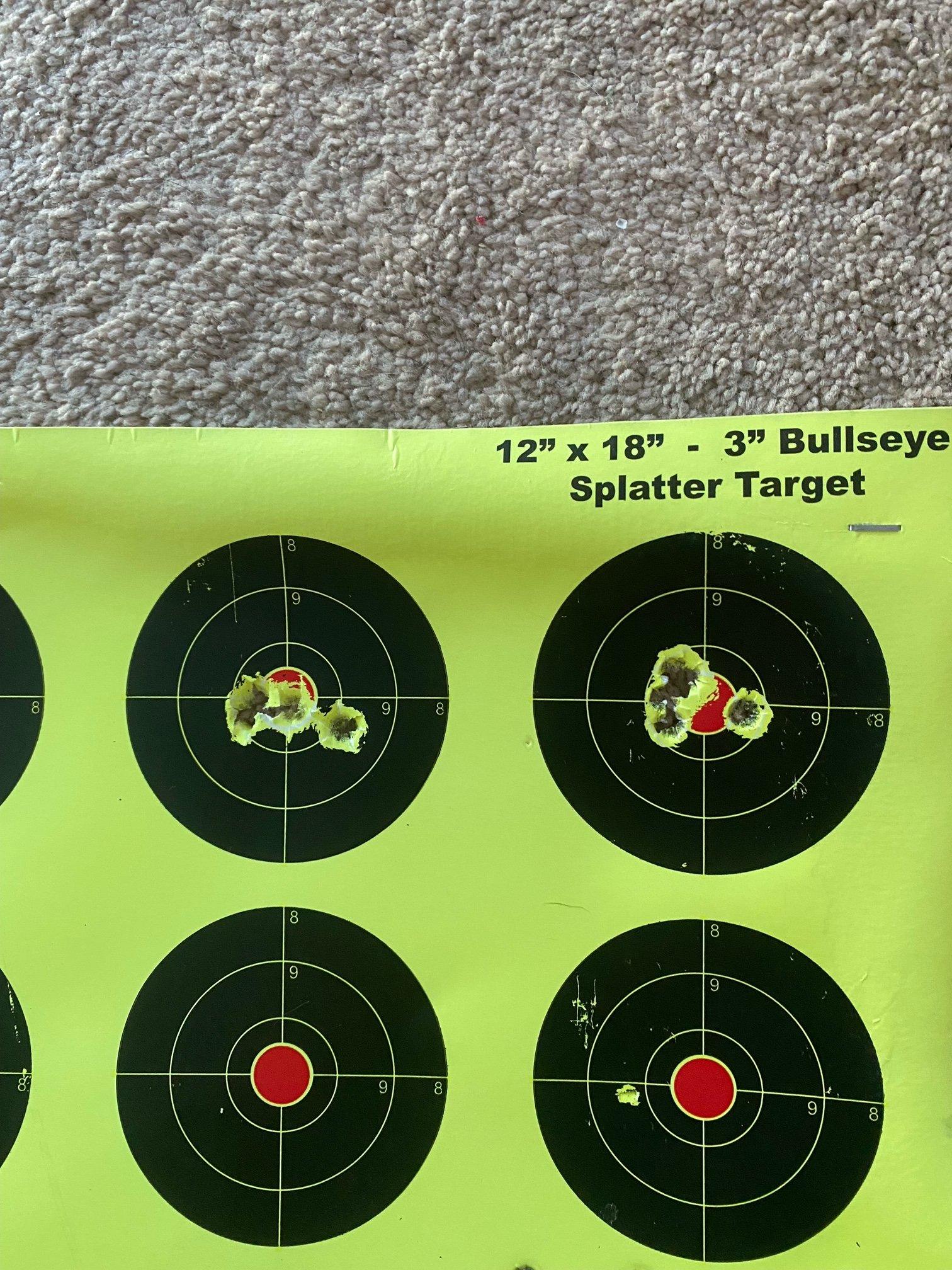 We just purchased the Savage Impulse Hog hunter and she's sub moa out of the box with my kid steering it using loads for another rifle. I'm not sure I'm a PRC fan, but I'm already loading for 300win, 300rum, 30-06, and occasionally for a buddy's 300roy. I personally don't need another 30 cal. rifle die set in the mix.
I'd look the rifle over good and give it a shot it if floats your boat. Prolly best to have a line on components before you spring for the rifle though.
W

I do not have a Savage, but I certainly won't knock them. There's a gent shooting one in the factory class IBS in 6.5 Creedmoor and it has had quite a few 5-shot groups under 6" at 1000 yds. Smallest I think was about 3.5".

wasskeet said:
I do not have a Savage, but I certainly won't knock them. There's a gent shooting one in the factory class IBS in 6.5 Creedmoor and it has had quite a few 5-shot groups under 6" at 1000 yds. Smallest I think was about 3.5".
Click to expand...

Agreed! Their out-of-the-box accuracy and DIY friendliness are hard to beat, esp. at their price point. I have a few Savage actions builds and all shooters. I still have 3 in factory form and all shooters with my hand loads.

This reminded me of when Savage Team dominated the 2009 World Championship National Teams Match (F-TR) in Ireland with factory rifles > https://bulletin.accurateshooter.com/2009/08/savage-f-tr-team-world-beaters-on-a-budget/, one of the team members is also an LRH member but too modest to make any claims.
I

I have been shooting a Savage 110 precision elite in 300 PRC for about four months. I shoot it weekly to a mile. It does have the MDT chassis and factory trued action. Mine is extremely accurate. Granted it is a target setup, but the function and caliber are the same as the LRH. My preferred load is 75.3 grains of RL 26 with the Hornady 225 eldm. My entire setup scope etc. is about a quarter of the of my shooting partners rigs. Many people don’t like savages for whatever reason. For the price very hard to beat. Also upgrading and changing barrels is what attracted me to them.

Accuracy wise, I'd put them up against any factory built rifle. They lack the smoothness and bells and whistles of some other companies but the price reflects that. The newest Proof barreled lightweight rifles have stepped the game up a bit but still a very good price point.
Share:
Reddit Pinterest Tumblr WhatsApp Email Share Link