When I told my smith what I wanted to do I kinda got a queer look,but Randy at Accurate Rifle Works, understands me pretty well.
The object was to drive a 270 110g TTSX as fast as possible out of 26 inch barrel.
My idea was to use the STW case necked down.The round itself has been pretty easy to work with.You can see the pressure comming if you get to hot.But its still seat of the pants reloading/wildcatting without a way to measure pressure.What you think is a ok load will show itself to be to hot after a few loadings.So I ended up backing down from what I though was a good load in some cases.
All in all I havent spent this much time dicking with a rifle in a long time.But I have to admit.I enjoyed it.
Some things I learned
The TTSX was kind of disappointing in the accuracy department.I ran a range of powders and seating depths and im just not happy with the accuracy.I'd get two in a hole and one out.I'd play somemore and just could not get the consistency
that I was hopeing for.For the number rounds I fired,well over 100 TTSXs,I would say that the average of the best of the best was like a .85.Good enough to hunt with for sure but I wanted better.
Had a box of 110g GS-HV bullets.Gave them a good go and I'd say that the rifle went to .5 accuracy from the start.I also found that I could run more FPS with less wear and tear on the cases.
I ended up hunting with 110g GS-HV and 84.5g of Rel 22 with a CCI-250 primer.This combo netted me 3850fps,15 feet from the
muzzle over my old Ohler Model 33.
Flat shooting it is.Only requires 3.25 of up to be on at 400 yards from a 100 yard zero.Thats pretty flat. 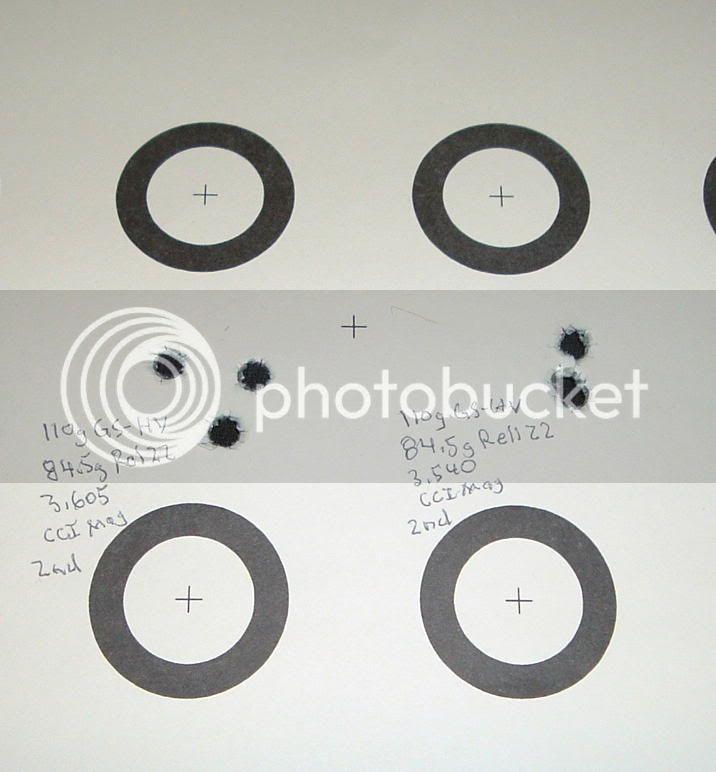 The seating depth on the GS bullet was about a tolerant as you could hope for.Didnt seem to matter much where it was.Pretty much all good.Night and day difference from that to the TTSX.
M700
Rock No4 1-10 5R
McMillian HTG/GP in campfire camo.
Rifle basic Trigger
PTG Bolt,M700 knob.Sako Extractor.
NULA lock down.
Nikon Tactical X 4-16x50
Leupold QRW rings
Farrel rail.
Metal work finished with Duracoat.
All ready to go. 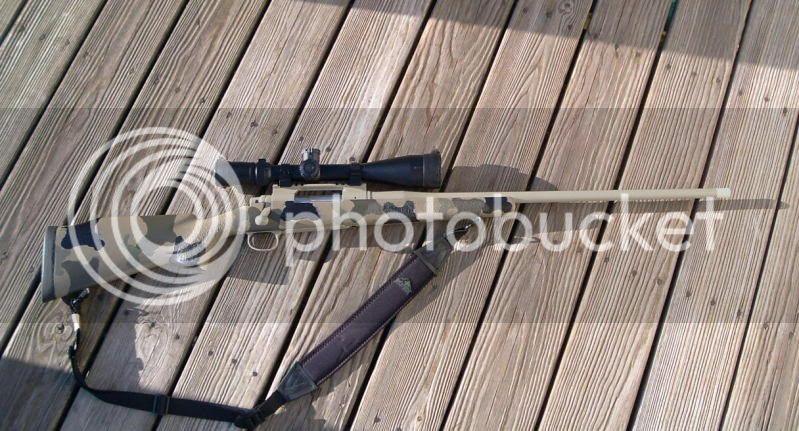 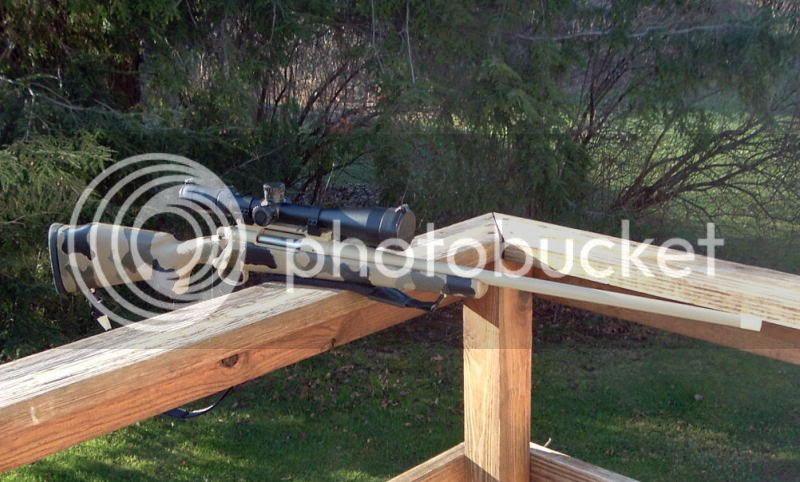 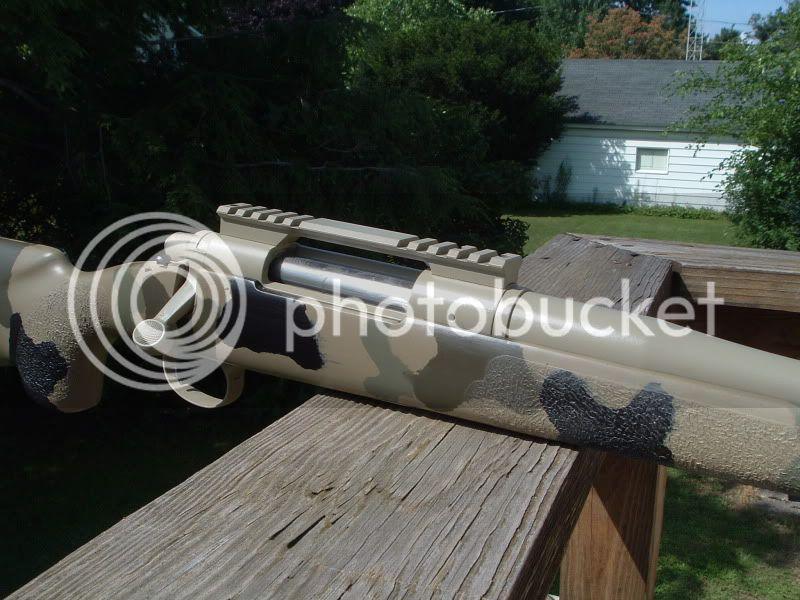 Playing around I found that the Federal 215 mag primer is very soft.You can actually distort the shape of it with a Lee Auto Prime just putting them in.I've loaded truck loads of the 205 Match primer in PPCs and never seen that.Didnt seem to have the problem with the CCI-250.I dropped The Federals on the STW.
I played with 130g Nosler ballistic tips and the very first load went sub .6 right off the bat.Could have saved myself alot of work if I had just stuck with them.But I have to be different.
I played alittle with the 130g Hornady GMX bullet.Very sexy looking bullet.Damm fine looking.But I dropped them as about the only thing small enough you could hit, would have to be the size of a barn door......
86g of Rel 25 with a 110g TTSX makes for a one foot diameter fireball,on the end of the Rock barrel.Thought I had a flame thrower going.Dammed impressive, kinda fun and neet looking but didn't shoot that well either.
All in all.Its been a fun project.

..I've been running a 270 WCF for a number of years now with a 113g Groove EXP bullet.Its a screw machine bullet no longer in production.Made from C-110 copper.Out of a 24 inch Hart barrel I seem to remember it running 3387fps over 58.5g of Norma N204.Its been a very good rifle for me.
Comparing the two rounds is pretty interesting. 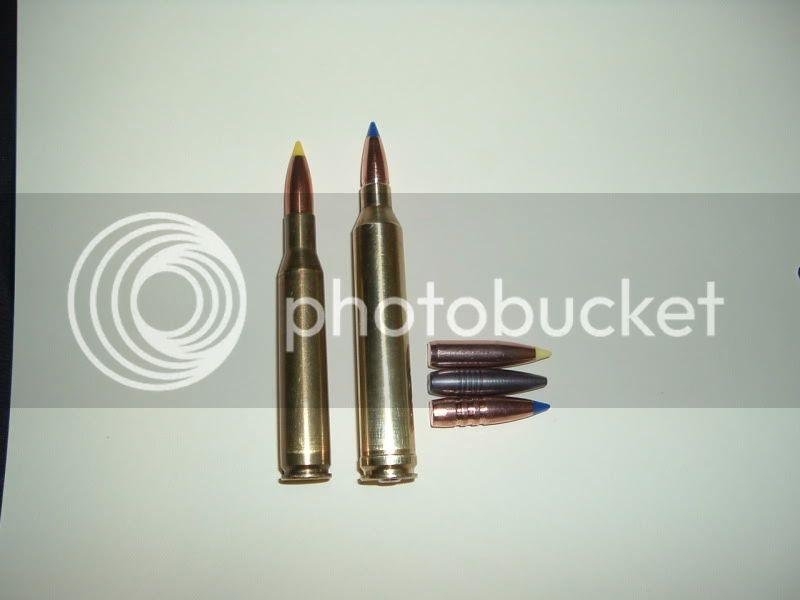 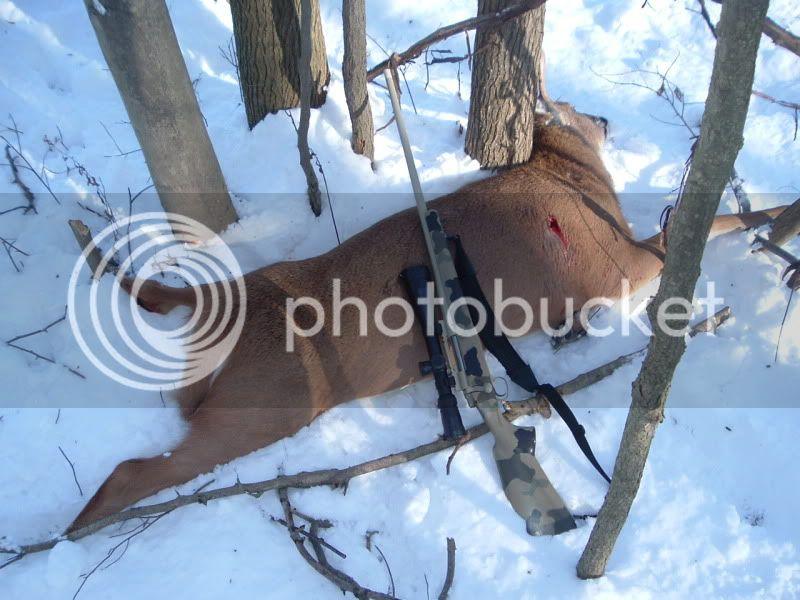 Thats an exit hole.Blind man could have follewed the trail.But he only went 10 yards and piled up against that tree.
He tried to slip by me at 215 yards.he didnt make it.
Poured what was left of the lungs out of him.
I'd say I capped off my 270 STW experience pretty well.
Now I'd like to turn it loose on some hogs....
You guys all have a good holiday
dave
D 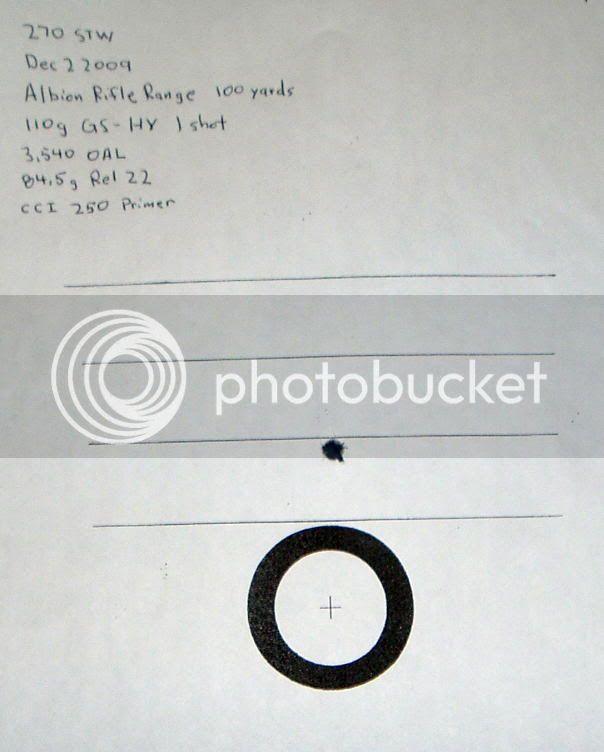 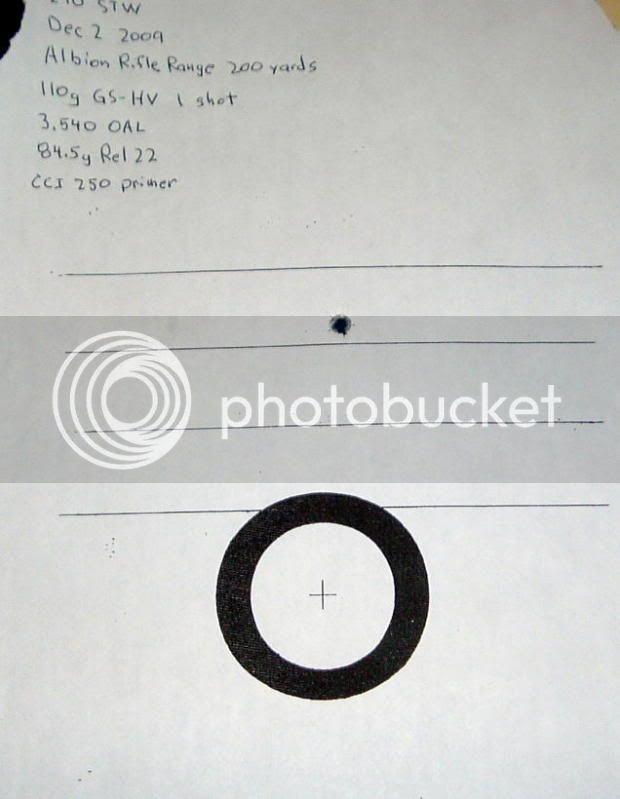 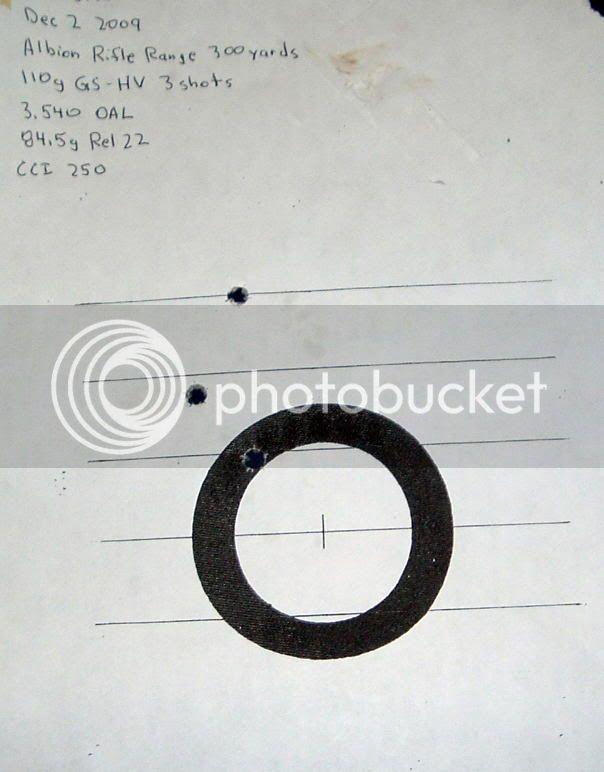 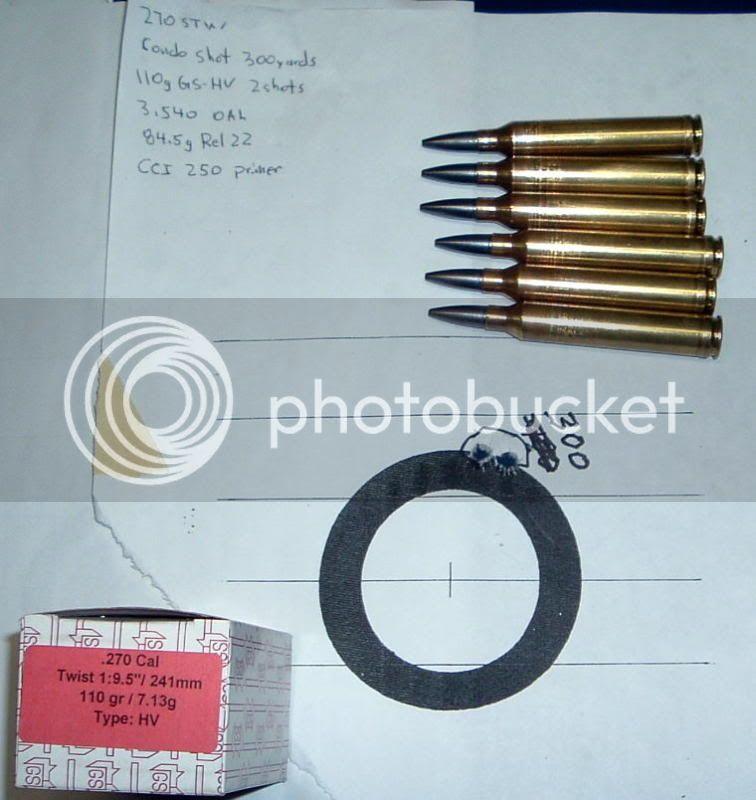 At 400 yards sorry no pic.but it dropped 5 inches.

Trouble with the STW