Went to Oklahoma to help an outfitter fill some doe tags. He is enrolled in a program with the state where they assess the herd and provide doe tags to help him hit their recommended targets based on his management objectives. In return he sends the jawbone and stats so the state can learn about the herd, so win / win for everyone. These tags are good for a few weeks after antlered rifle closes, so very few folks are in the woods and bucks are off limits. But they have lots of deer and offer doe and hog hunts...both are plentiful.

I took my 11yr old to get lots of trigger time and help him learn about what we are doing and why when hunting - how to ID does and avoid button bucks, observe deer behavior and what it means, how to get set up in the blind so everything is handy (binos, LRF, etc), how to figure out how to set up so shots can be planned if deer come from unexpected directions, discussion of shot placement, how to be quiet and slowly move, etc. He has been too young in the past to really absorb that stuff, so we had a blast. We spent a lot of time discussing shots (broadside, quartering, etc), and he really learned that when they give you a shot you need to be ready because they can turn quickly when browsing, or other deer can walk in front or behind, or young bucks can harass the does as the secondary rut was obviously going. we saw lots of all of those things pop up which was a great learning tool. But I didn’t want him to rush so we waited for good broadside shots even if it meant a doe is chased off before we get a shot, as happened a time or two. He was good with that as he has developed an appreciation for the deer and wants to stay within his limits, knowing those will grow over time with practice.

Four day hunt, we took 4 animals...he shot two does from 50-125 yds, and I shot a doe and a pig. If he could have gotten lined up cleanly he would have shot all 4, but the pig was offhand as we were walking and the doe I shot was a follow up after he shot his and we didn’t have time to get him set up...I had a good shot and he didn’t and we knew she might bolt at any time.

He‘s a **** good shot and I feel comfortable with him out to maybe 150-200. He could probably shoot farther as his groups are really good at the range, but I want to give him confidence by letting him work up to longer shots. The first he shot in the crease - good shot and the deer ran about 35 yards but had zero blood. That has been the case with every deer we’ve shot with the 6.5cr and the Berger 140 at 2880 MV. They work and drop them fast, but very little blood from six deer. This was in Oklahoma brush and mesquite country so tracking can be difficult if they aren’t bleeding, so we went for shoulder from then on. The second he nailed DRT with a perfect shot...bang flop with just kicking for a few seconds. A minute or two later the other doe with her walked out from where she ran, and I had a front brisket shot and the Berger worked flawlessly at 75 yards or so...bang, flop there, too...we hadn’t graduated to that with him and we were both in a blind and didn’t have time to switch places to get a shot and she was ready to bolt soon.

We also saw one of the most impressive bucks I have seen...it was tough to watch him from 50 yards for 45 mins as he could have been hammered 100 times, but it is what it is And watching him was cool and he got to see what a jaw dropping buck looks like. I’m a sucker for symmetrical typical so this was right up my alley...if he had good brows he could have made a run at 180 is my guess but he was probably around 170 is my guess. Next year he could be a mammoth with the right antler growing weather there.

Here are a few pics...one of the best father / son trips I can imagine and we will both remember it forever. A link to the vid of the buck is below the pics. 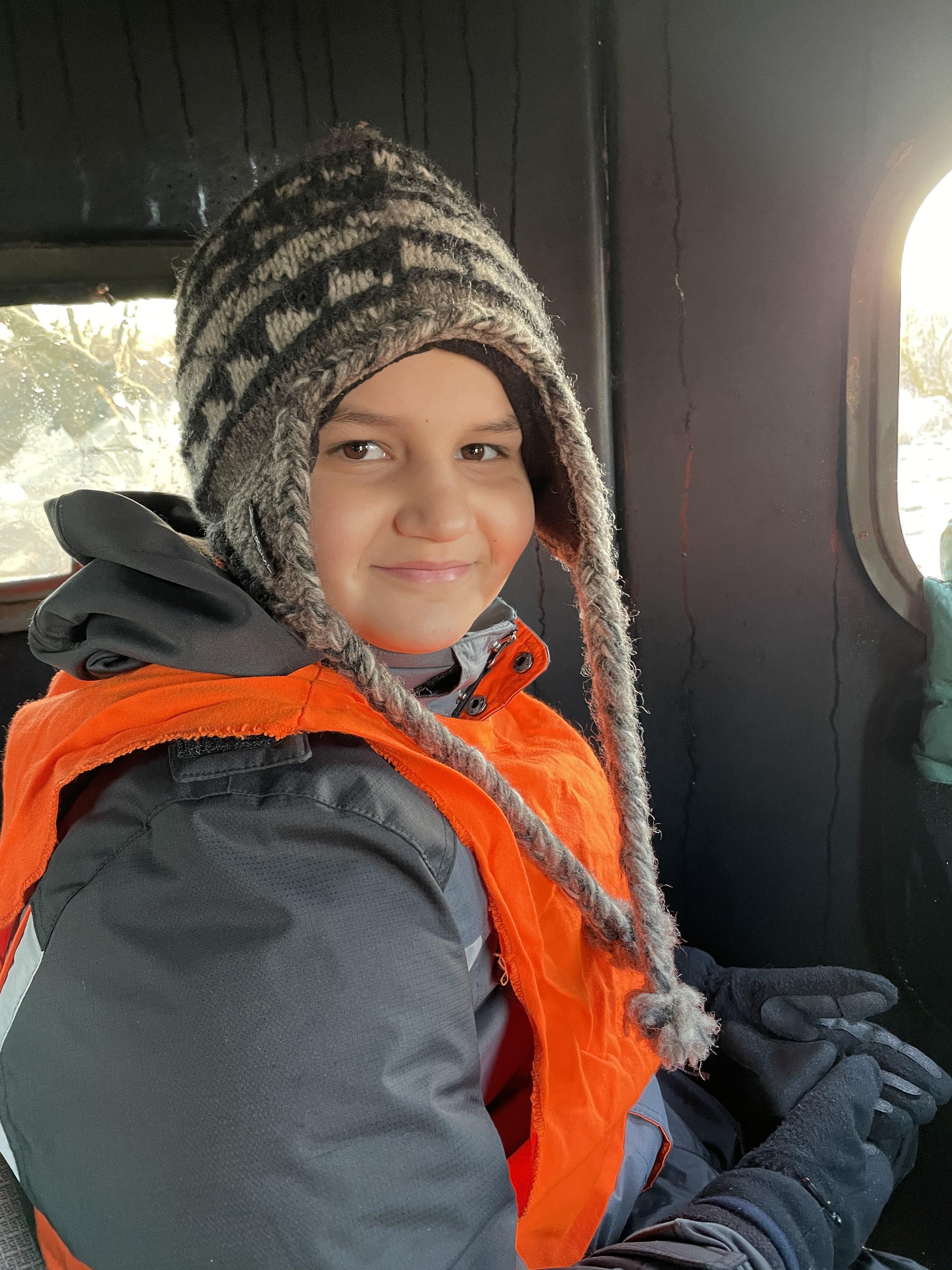 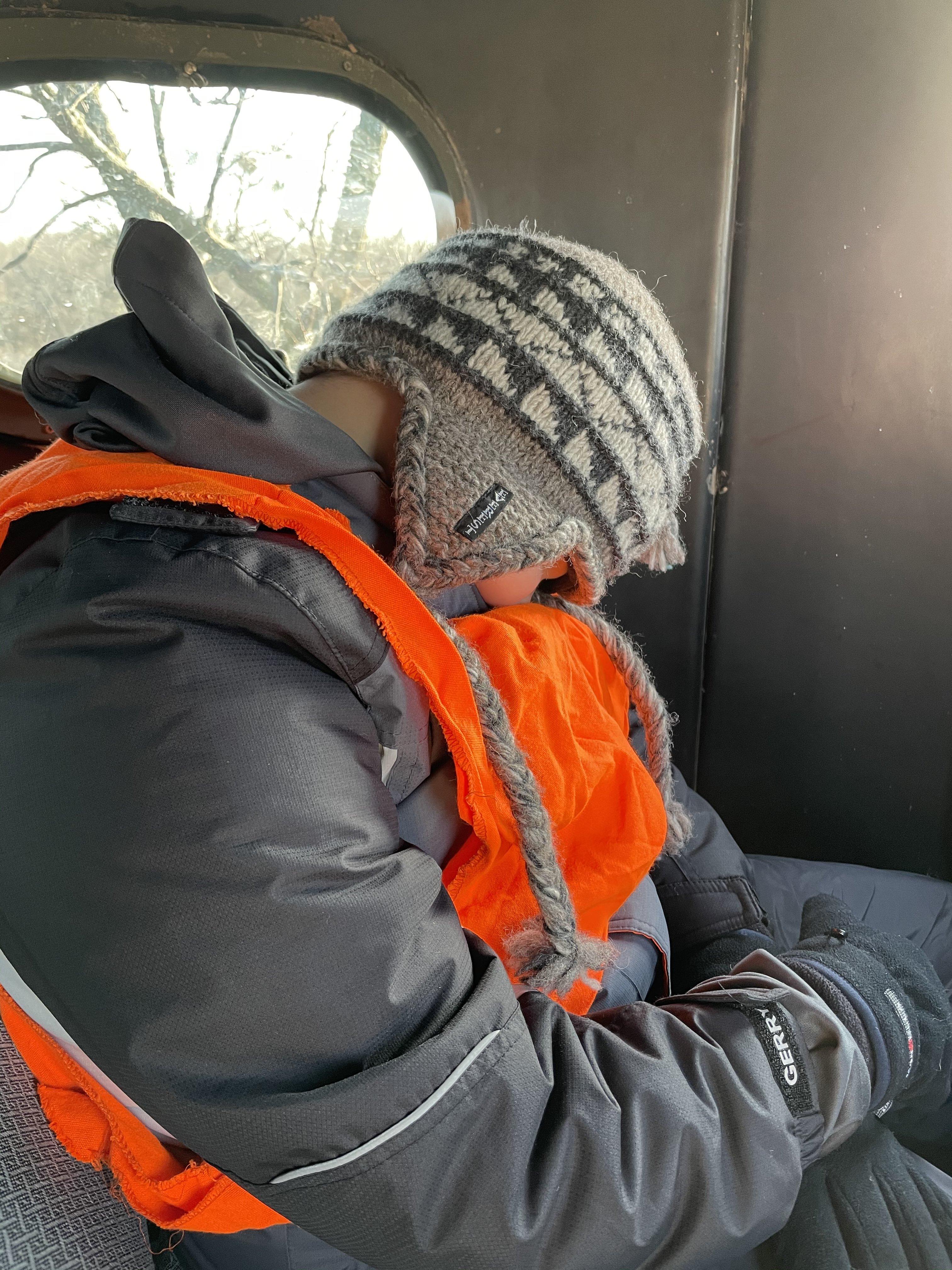 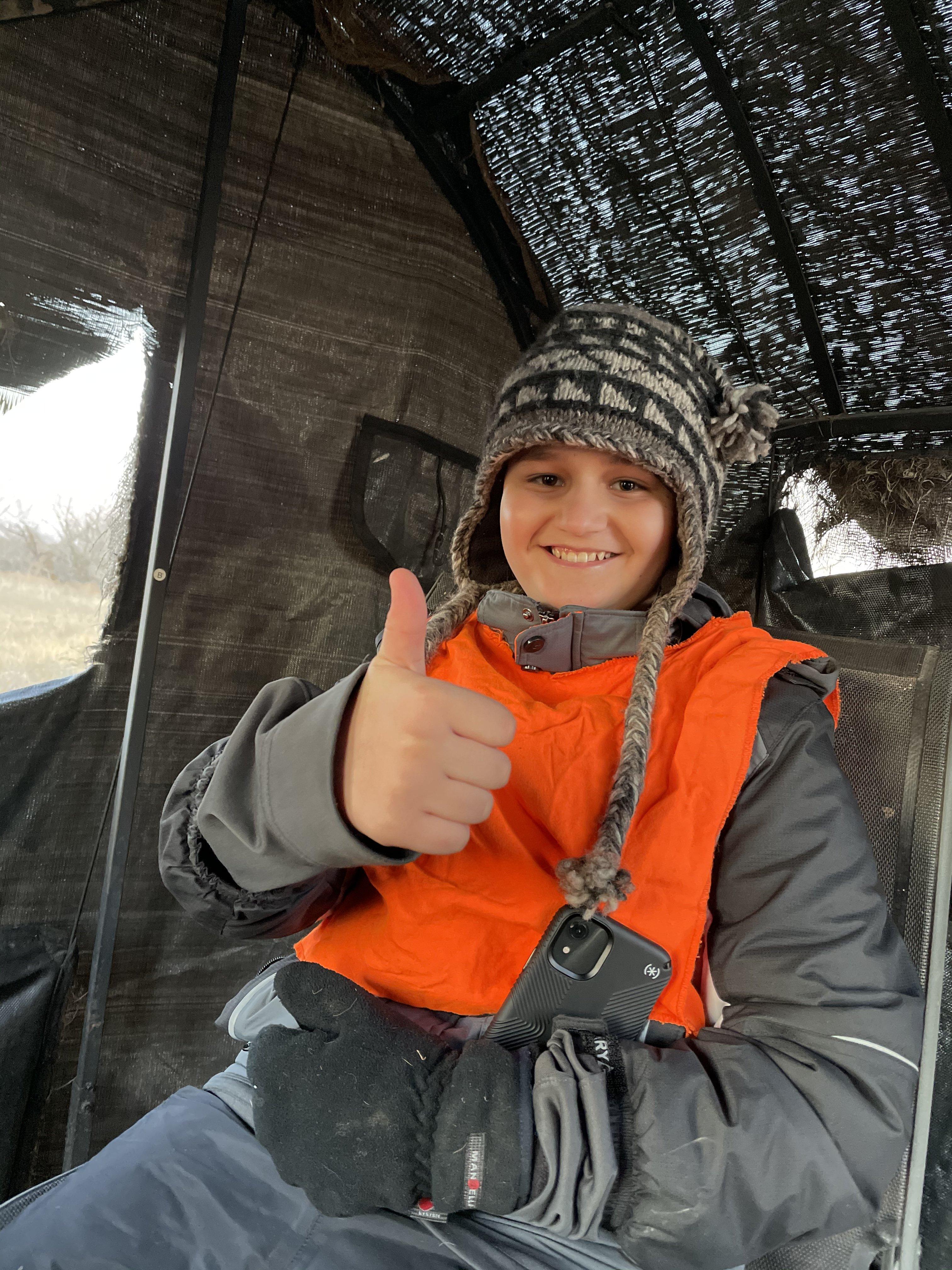 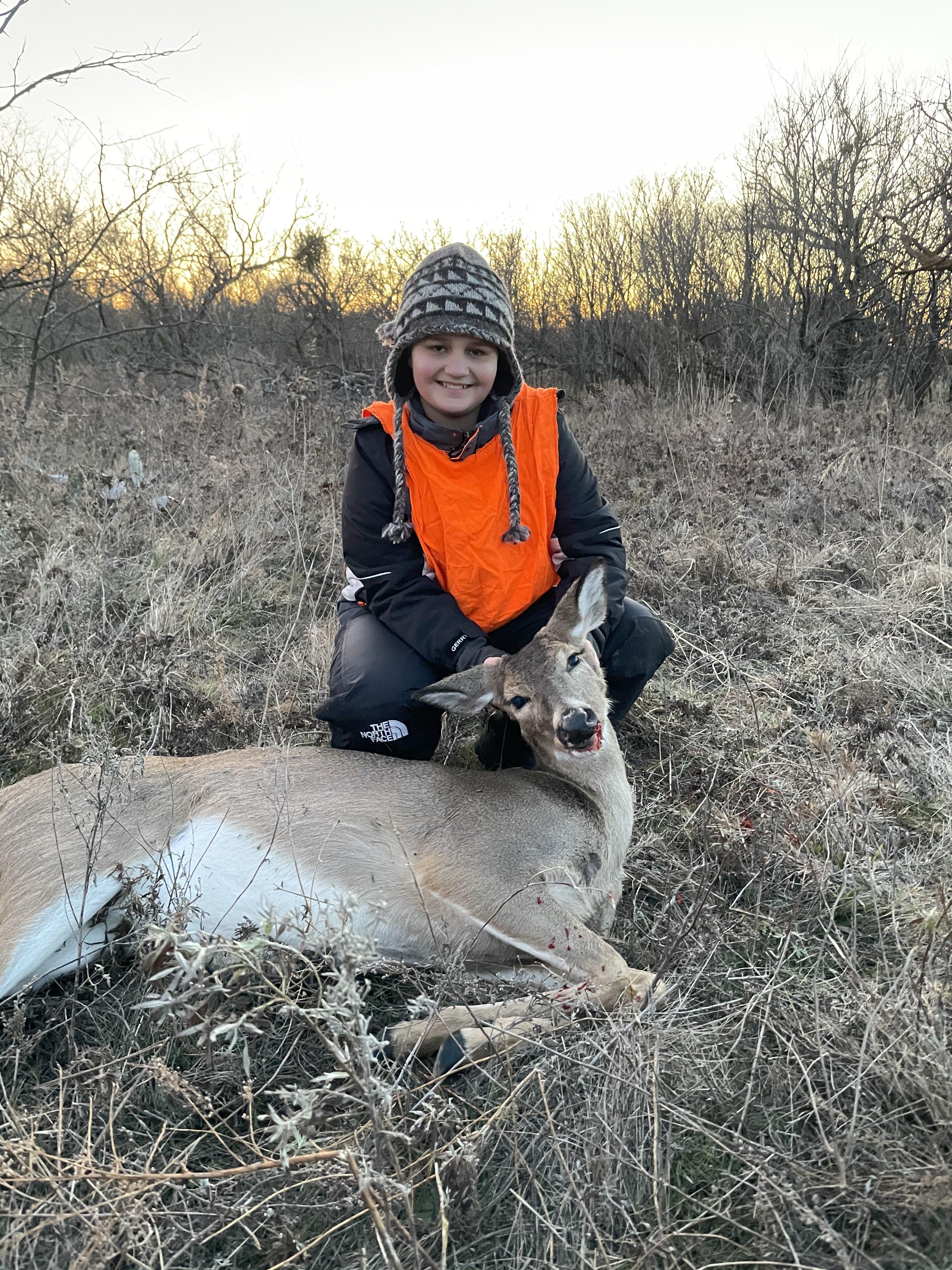 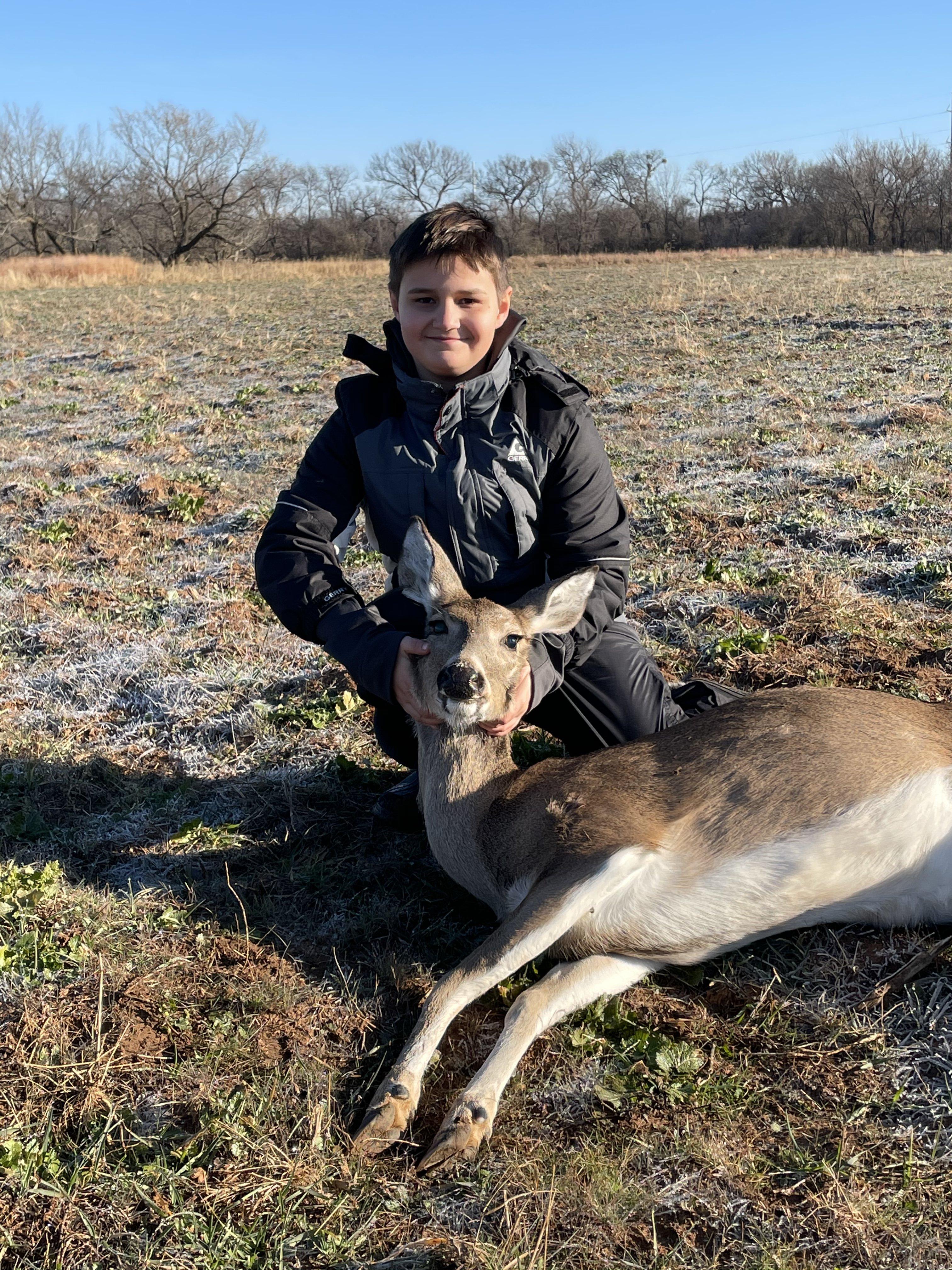 ETA a group of his at 100...he is almost always is under MOA at the range. 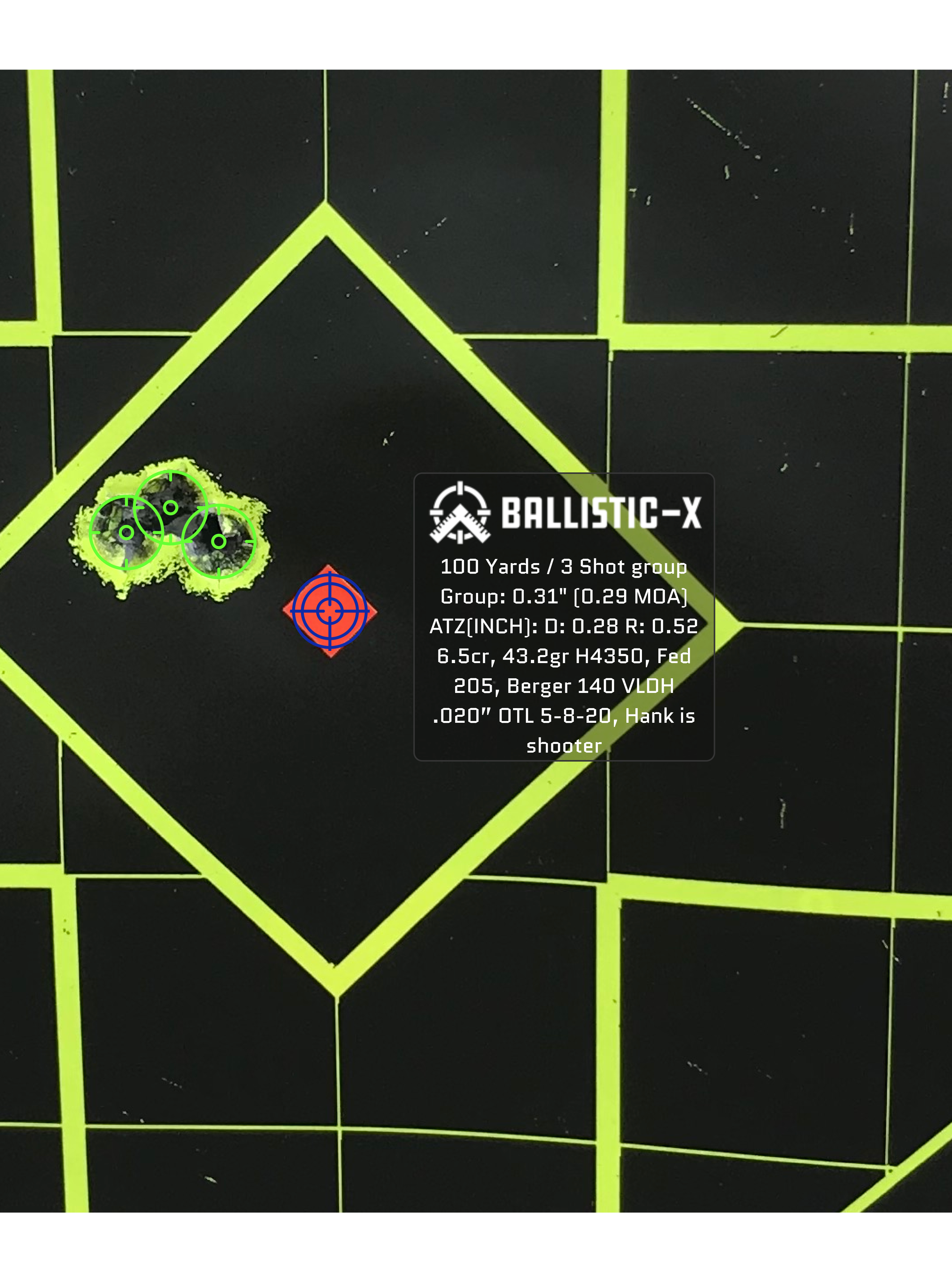 That is awesome, congrats to the both of you. Heck his smile says it all and most importantly they great memories made.