Bighorns have started to become an obsession for me and for those of you who have killed them in the lower 48, how far were your shots? I've heard from 50-300 is average but that was a small pool of hunters.
A

That would be my limit, they have to be evaluated so closely, their eyesight is superlative and most wait until they get up to feed before making a move on them. Hurry up and wait and study the basin is my style.
W

Only hunted one. Was with John Porter (Best of the West fame) 7 yrs ago. We set up on one at 1000 yds with his rifle. Ram got up from a bed and walked into the timber. Possibly the same ram I killed 3 days and about 3 miles away from there. That shot was after we kicked him out of his bed at maybe 120 yds...
Bruce
C

165 yards on day two of the hunt. I could have shot the same ram at about 75 yards the day before.

Colorado Bighorn at 150. Nevada Desert Bighorn at 200. Both with 270 Winchester

Ca. Desert Bighorn (Nelson) 2002. 306 yds.. watched 7 Rams from around half mile. They went over Mtn.. I took off towards them . Climbed hill and belly crawled to top. Looked over and I was looking eye to eye with the ram with the broken horn at less than 10 yds. They took off and lined out going around ridge to left with biggest ram at end of line. Buddy ranged them and said 306 and they stopped to jump a small drainage . Boom. Did an endo. Dead. It was early evening . Couldn't find him ! I knew he was dead. Looked up and down Mtn.well after dark. . Came back next morning and looked in same places. I Saw a patch of hair down the Mtn. Inside some bushes. He endoed into the drainage and slid down Mtn. about 100 yds. right under the bushes. Glad it was January. Stayed cool. Crazy hunt. Sorry for long story. Haven't told it for many yrs.

Just returned from Mexico...shot my Desert Bighorn at 220-230 (compensated)...couldn’t tell you LOS distance, but my 7 Rem Mag did the trick 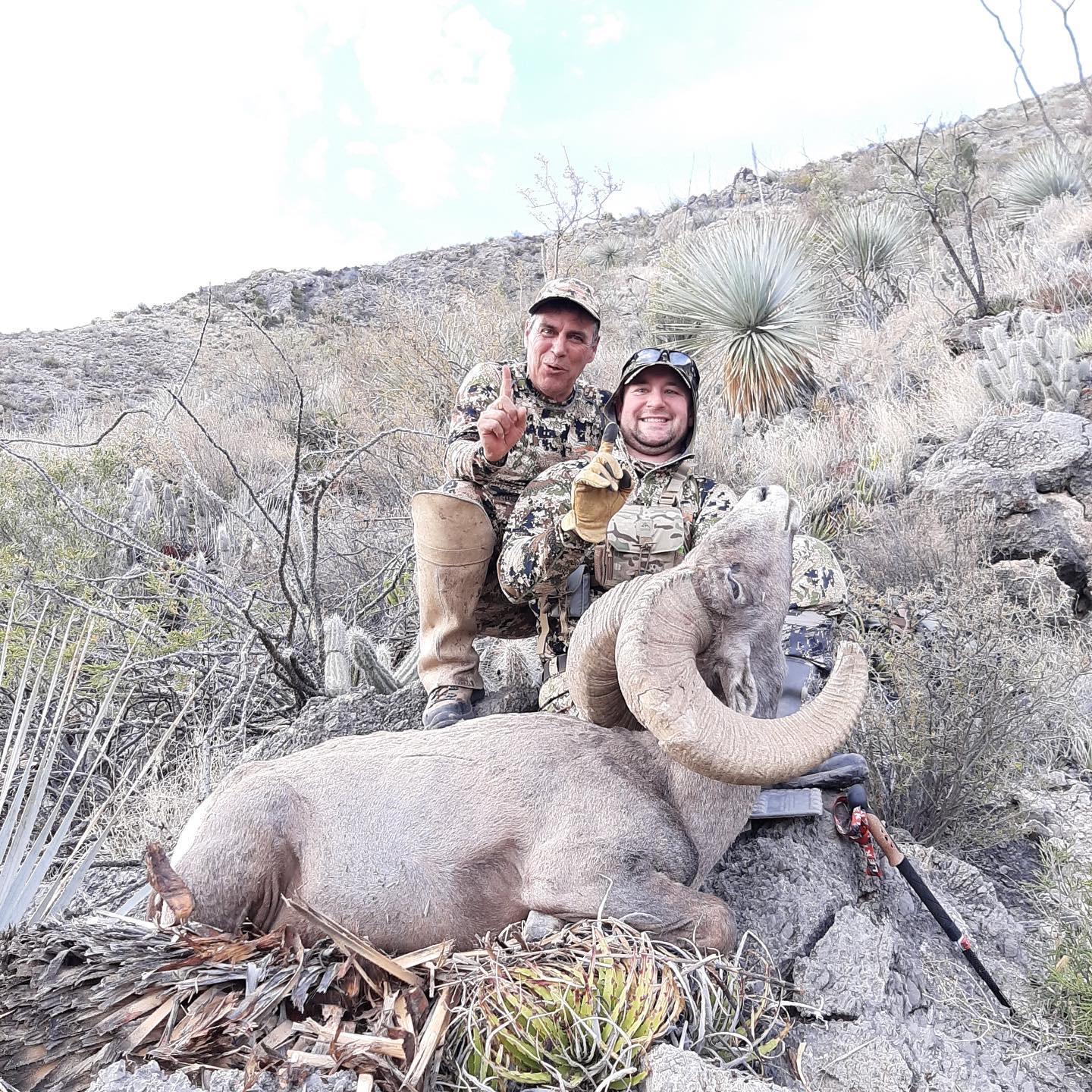 PAGSDIII701 said:
Just returned from Mexico...shot my Desert Bighorn at 220-230 (compensated)...couldn’t tell you LOS distance, but my 7 Rem Mag did the trick View attachment 175055
Click to expand...

I have taken them at 10 yards and at over 300. Most were taken in the two to three hundred range. I don't like longer shots because the terrain is steep and they hang out in canyons so the wind is often swirling and what is in your face where you are shooting may be reversed where the animal is. Unless they are hard hunted getting closer is often possible. They are not jumpy like deer, especially if sitting in the sun on a cool afternoon. Very seldom do you have to hurry a shot. The one I shot at ten yards was the only fast shot I took. I was walking down a creek bed in a canyon and when I passed under a cliff face I heard a noise above me. I looked straight up there was a large ram looking straight down at me. I brought my rifle up and shot, he leaped in the air and I had to dive out of the way because he landed right where I was standing. He was dead on the spot. It took me a few minutes to compose myself but I finally set about caping and boning him out. A few minutes into that, a softball sized stone whistled by my head from up on the cliff, so I ran out away from it and looked up and there were two more rams kicking rocks down on me. That was twice that day they almost got me.

Be comfortable and confident in the rifle that you choose. Practice shooting at up and downhill angles utilizing a good range finder. Shots can be as detailed by others on this forum. But, you must understand there are no shooting benches in the wilderness. Practice from the three shooting positions and my suggestion would be a “Good” bipod. I took a mountain goat at a 65 degree uphill angle utilizing a short Harris bipod. Thankfully I had one. MTG
You must log in or register to reply here.
Share:
Reddit Pinterest Tumblr WhatsApp Email Link