Last weekend I finished a rebuild on a Savage 112 just in time for hunting season. The rifle started life as a 112 BVSS in .300 Win Mag and has evolved over the years, one of the reasons I like my Savages. A few years ago it got a full makeover with a 28" Proof pre-fit in 6.5x284 and performed great. The rifle easily shot 1/2 MOA with factory ammo. Here is the old thread...

Last year I decided I wanted to start hunting with a suppressor and the 28" barrel was just too long. Proof has moved away from 6.5x284 in their pre-fits in favor of 6.5 PRC so I was going to be starting over. Of course with as hard as it is to find ammo or components right now I waited until I had collected enough before finally pulling the trigger on a barrel. I ended up with a 22" Proof carbon barrel and now the rifle weights in at 8lbs, 12 oz ready to go, no suppressor.

I broke the barrel in this weekend and so far I'm getting sub 1/2" groups at 100 yards with factory Hornady ELD-M Match loads. I'll put some ELD-X through it this week as well and chrono both loads and then verify at longer distances.

Next will be the new Vortex LHT 4.5x22 and hoping my can comes through in the next few weeks. 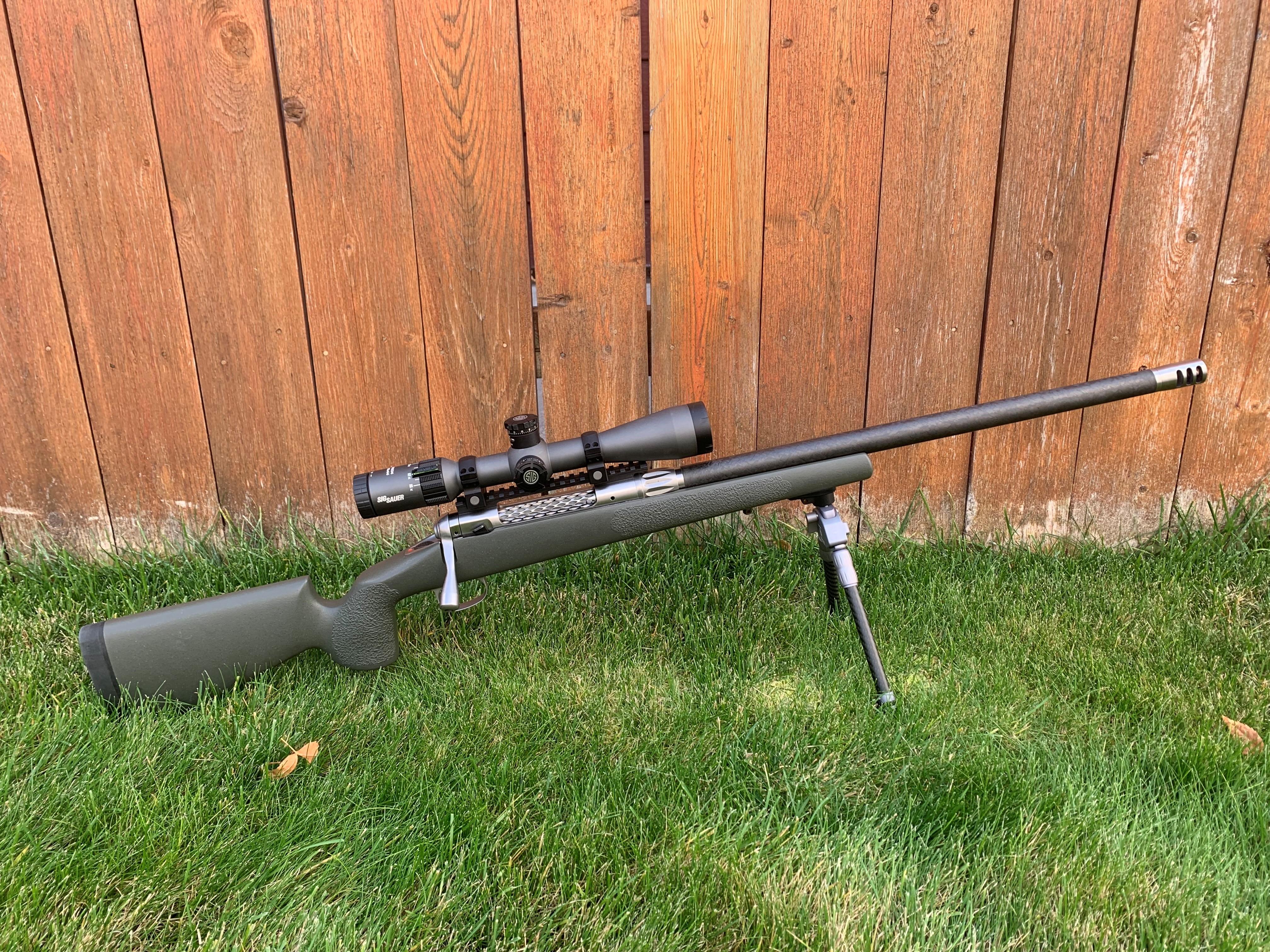 I have 70rds through it now and I couldn’t be more pleased. It’s holding 1/2MOA out to 500 yards so far with factory 147 ELD-M loads. It didn’t like the ELD-X as much and they were actually slightly slower. Getting 2880fps with the 22” barrel. I was also really excited to get only 1.5” POI change straight down when I screwed my SiCo Hybrid on. That makes setting offsets easy if I decide to hunt without it.