The wife and I went out to fill more tags again today. It turned out better than we ever imagined. We set up in a position to take a deer or two that we saw yesterday eve. The walk to the area I wanted to sit up on is about 1.5 miles from the truck. Since this is our first season here is the wide open west, this has taken some time for us to wrap our heads around. We are from Southern Illinois and we rarely walked more than 500 yds to get on stand. 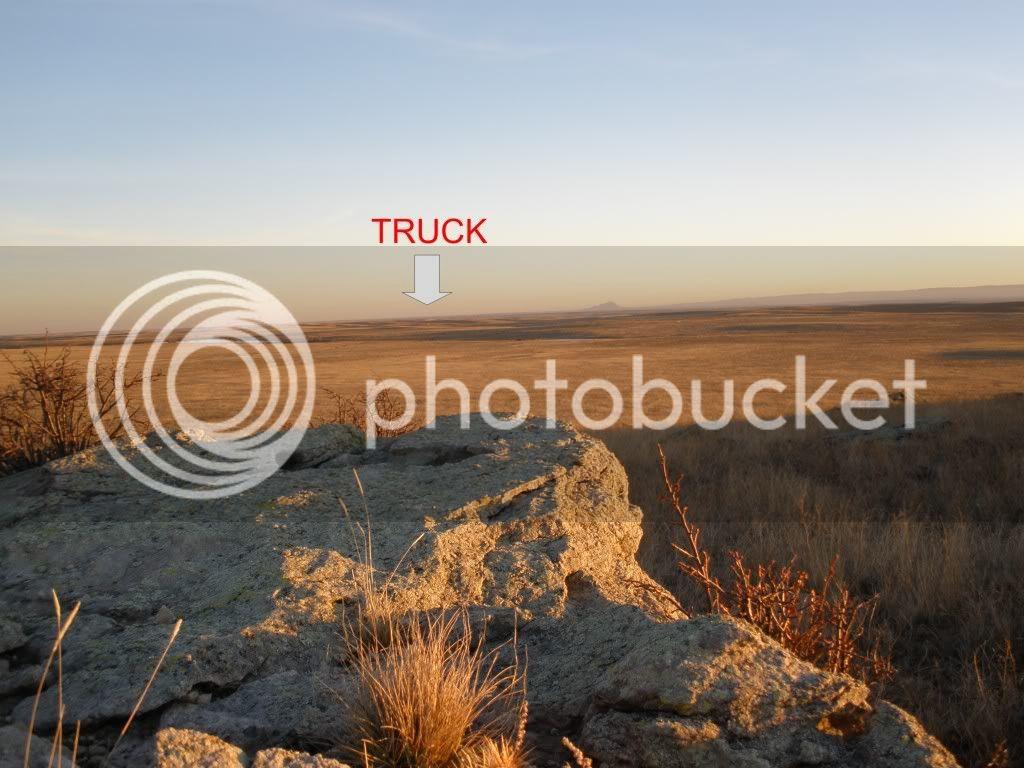 Before we arrived we could see deer starting to come down off of the same hills they did the night before. We couldn't shoot any deer until the crossed the fence into the public walk-in area. We were watching 5 does in front of us at almost 500 yds when I noticed and doe and yearling walking down a small gully on our side of the fence. Shortly after they walked out of the gully and started in our direction Jen said that a buck was following them. I briefly looked him over and decided to give him a shot. She ranged him, I dialed the elevation, and estimated a 10 mph wind from our right to left at about 3/4 to full value. At the shot my bipod moved on the rock and I did not see the impact. The buck made a 10 yd half circle and fell. The doe and yearling stood there looking at him a little too long. I opened the bolt and loaded another round in the single shot. Jen called the same range and this time the bipod did not move. At impact the doe fell like a ton of bricks hit her. Jen saw that the yearling was still standing there looking at both dead deer, and since she still had a doe tag, she almost pushed me out of the way and called for a range. She took a quick click off of the elevation and dumped the yearling. After a few high fives, and hugs, the work started. The ranges were 438, 426, and 412 which are the longest we have been able to harvest any big game (as of now).

As you can see the 7mm SAUM performed perfectly. Jen is planning her custom build now. The walk back to the truck took almost 2 hours and we are glad it's over.

The over the gun view. 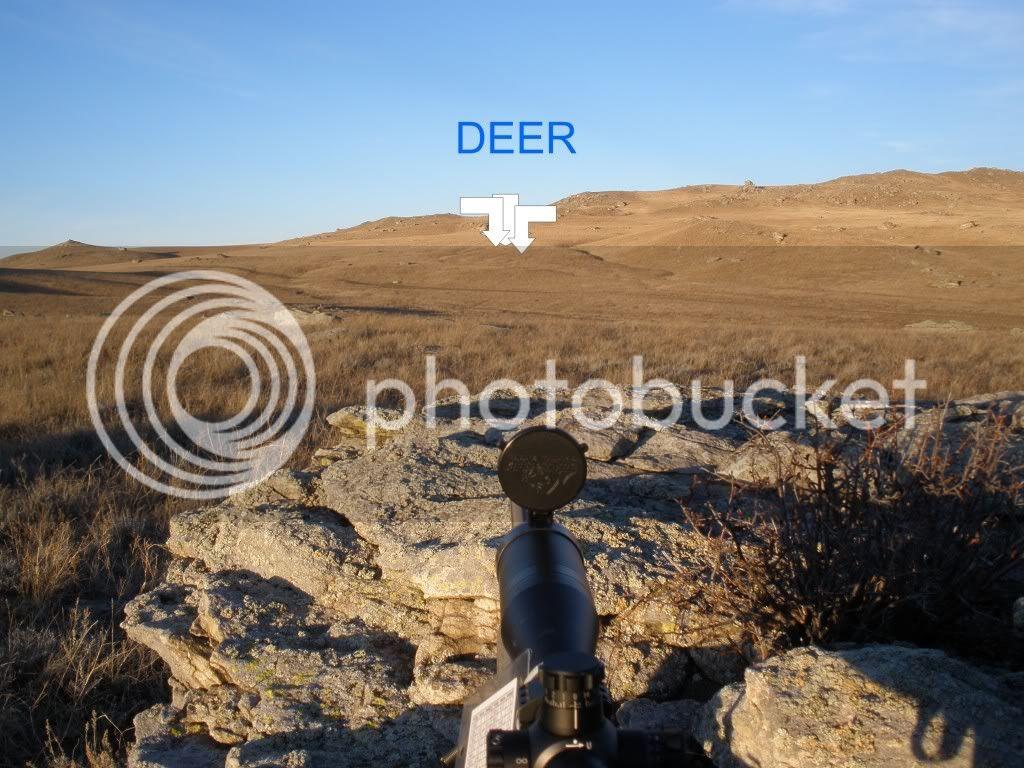 A few minutes after the 3 shots. 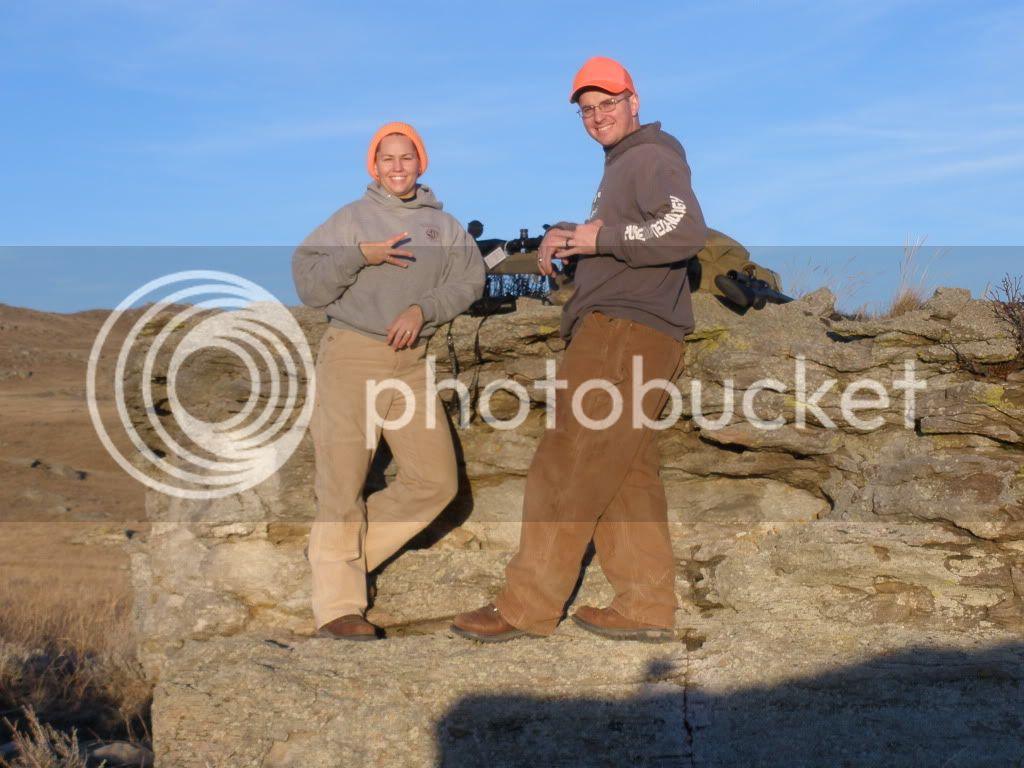 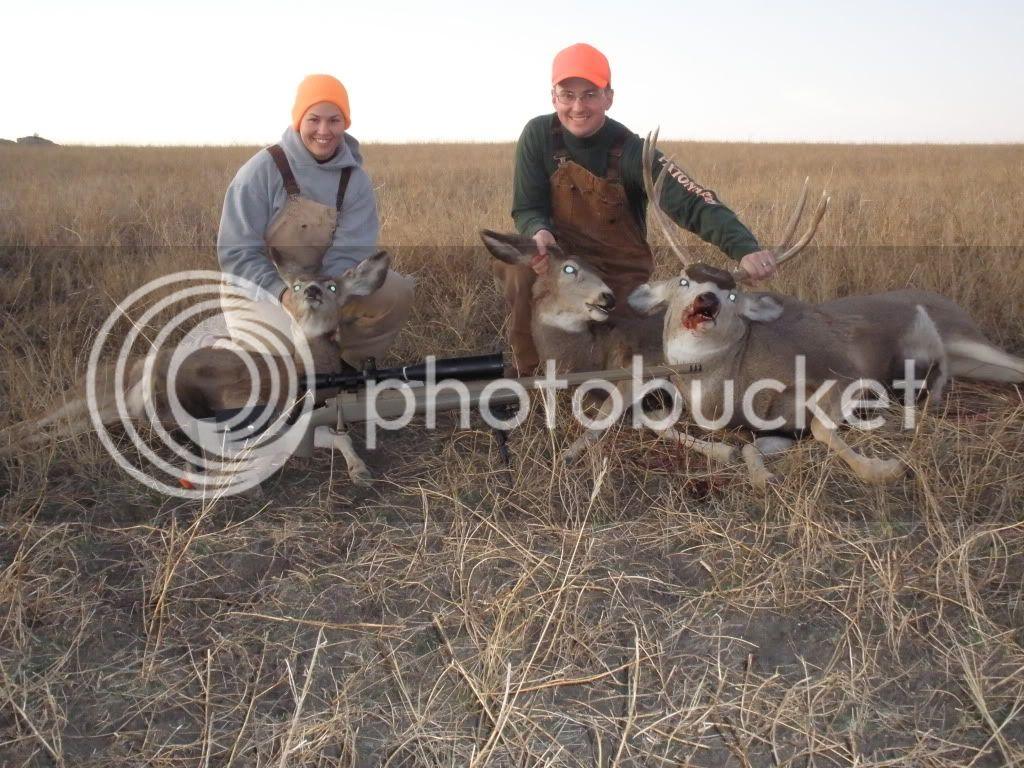 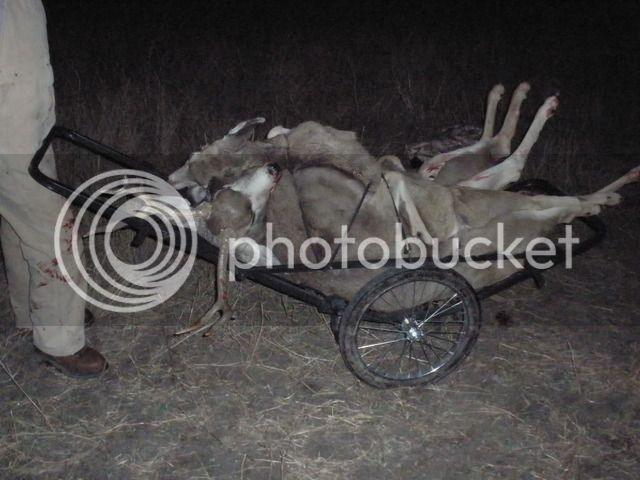 Live in North Dakota for a while, but unfortunately wasn't there during deer rifle season.

What data do you have on your ballistic data card? Quite curious

That's a cartload of deer!

Those carts come in real handy do a good job.
C

Ryan, you want to take your smith hunting next year?

Great job on the hunt, love the pics.

I just bought that same game cart, havent used it yet. how did that go? You walked back to the truck to retrieve it, then went back to the kill site? I never would have thought of 3 deer at once, pretty impressive.

How tough was the hauling?

I scouted in extreme NW SD this past Sunday. May hunt there next year.
M

JARHEAD1371 said:
... she almost pushed me out of the way and called for a range. She took a quick click off of the elevation and dumped the yearling.
Click to expand...

Great write-up. Great pics. Give us some more pics of the rifle and some specs.
S

Good for you two, that must have been real exciting!

Congrats to you and your wife. Great shooting! Thanks for posting. Have any more tags?
K

Nice shooting, that looked like an awesome natural benchrest! Love the game cart, unfortunately they wouldn't be much ue down here in NZ, always looking for easy ways to carry a deer out.

What a year for you guys. That's awesome your wife is enjoying it so much.

Congrats to you and your wife. Great shooting! Thanks for posting. Have any more tags?
Click to expand...

She has 2 more doe antelope tags and I might get 2 doe deer tags for the Dec season. Gonna have to buy another freezer first. gun)
H

Jarhead1371,
Get that freezer soon, whith a wife shooting like that you will need it for sure.
CONGRATULATIONS, that must have been awesome, three deer in a row, the whole family
Really enjoyed reading your thread and specially the pictures.
Thanks for posting.
Keep up the good work and good luck for the december season, keep us posted.

Coyboy said:
Ryan, you want to take your smith hunting next year?

Great job on the hunt, love the pics.
Click to expand...

Jim all you gotta do is let me know when you want to come out and one of our spare bedrooms will be yours. The worst part is it's almost 90 miles from our house to the hunting area.
Share:
Reddit Pinterest Tumblr WhatsApp Email Share Link