ntsqd said:
I've used the top of the adjuster cap in the past, but I'm not likely to use one on a LR rifle, just on short range stuff.

It is too bad that Wheeler didn't opt to make those levels with aluminum instead of plastic. I'd have a lot more faith in their rigidity and repeatability if they had.
Click to expand...

Wheeler does make an aluminum version. I leveled my gun using the wheeler kit, then set the scope with a plumb line.

ntsqd said:
The bore is a cylinder, which means that it has a center-line. Then we put a scope on the rifle above the bore. It has horizontal and vertical references along with the center-line of it's tube. There is a stock and how that fits the shooter sets the angle relationship between the shooter and everything else. One of those reference lines in the scope must ideally intersect the bore center-line. If the scope is directly above the bore, but the horizontal/vertical refs are not "square" then a windage error occurs with changes in distance. This is why offset scope mounts are not very favorable.

Now if we rotate the rifle and rotate the scope within it's mounts so that even though the rifle is not "level" but the reticle is aligned such that it's vertical component, when extended beyond the scope itsell, will intersect the bore center-line, then we have the best bore - scope alignment. Even if the anti-can't says that the rifle is 30° from level.

Put differently, what level intends to achieve is that the bore center-line, the vertical reference of the reticle and the projectile's trajectory are ALL in the same plane, and that plane is set by gravity. Visualize a bullet's flight path with no wind influence. Now orient yourself relative to it such that it appears as just the straight line. It will be vertical. The bore center-line and the vertical part of the retical, when viewed form that same position, should all be aligned with that straight line. They can be anywhere along that line and it extensions either up or down.
If they are not, then you get a horizontal error when the target distance changes.
Click to expand...

Someone else may shoulder the rifle and have to adjust to get it level but you should be able to shoulder the rifle quickly and achieve a natural “level” scope position without having to keep adjusting your hold, well to much anyway.

Am I missing something?

If you held the rifle canted while the crosshair was set plumb you could not dial up without introducing a windage error.
K

Varmint Hunter said:
If you held the rifle canted while the crosshair was set plumb you could not dial up without introducing a windage error.
Click to expand...

So that method would result in the vertical crosshair not being in line with the center of the bore because of the way the mounts work. So if I invented some mounts that adjusted for cant.....
D

KS Shooter, is your goal is to shoulder the rifle less than perpendicular and have the vertical crosshair be plumb ?
Seems like learning how to shoulder the rifle properly would be the simplest solution. Cant is essentially immaterial to centerfire rifles until you get past say 300 yards or more. It’s a bit of an issue starting at 600 yards with high BC bullets. Seems like every input becomes real important when getting out past 865 yards. You are now “ lobbing” bullets like artillery shells.
A 6 CM 108 gr ELD Match bullet drops 30 ft at a 1000 yards
K

I was just thinking of setting up a scope for hunting where your natural holding position would come into play. You are shooting from different positions and conditions and don’t necessarily have the time to get everything lined up perfectly like you would shooting off a bench. I have a 6.5-284 for punching paper and ringing steel, so I have that set up with the wheeler levels and a plumb line, but I am continually adjusting and tweeting my hold to get the level indicator in the right spot. Absolutely the last thing I would be looking at with a coyote or a whitetail in my field of view. That’s what my 6.5 Tikka and 308 Savage are for.

Jeffpatton00 said:
I do think that if I hang a plumb line, have the reticle's vertical axis perfectly superimposed on that plumb line, and also have the plumb line bisect the image as seen through the bore, then we'd be measuring the critical parameters directly without making assumptions about things done right (or wrong) in the rifle or scope manufacturing processes.
Click to expand...

OK, that sounds good. BUT if they dont align, what do you adjust?


Mram10us said:
Whatever method you use, do a tall target test to verify. Best of luck
Click to expand...

OK, why not START with the tall target test and eliminate all the other crap all together?
N

If your natural shouldering of the rifle places it canted relative to gravity then adjust (rotate) the recoil pad/butt-plate to square up the rifle.

or see a chiropractor..??
N

KS Shooter2021 said:
Wheeler does make an aluminum version. I leveled my gun using the wheeler kit, then set the scope with a plumb line.
Click to expand...

More like these, although I don't consider the scope caps or turrets to be a good reference for anything: 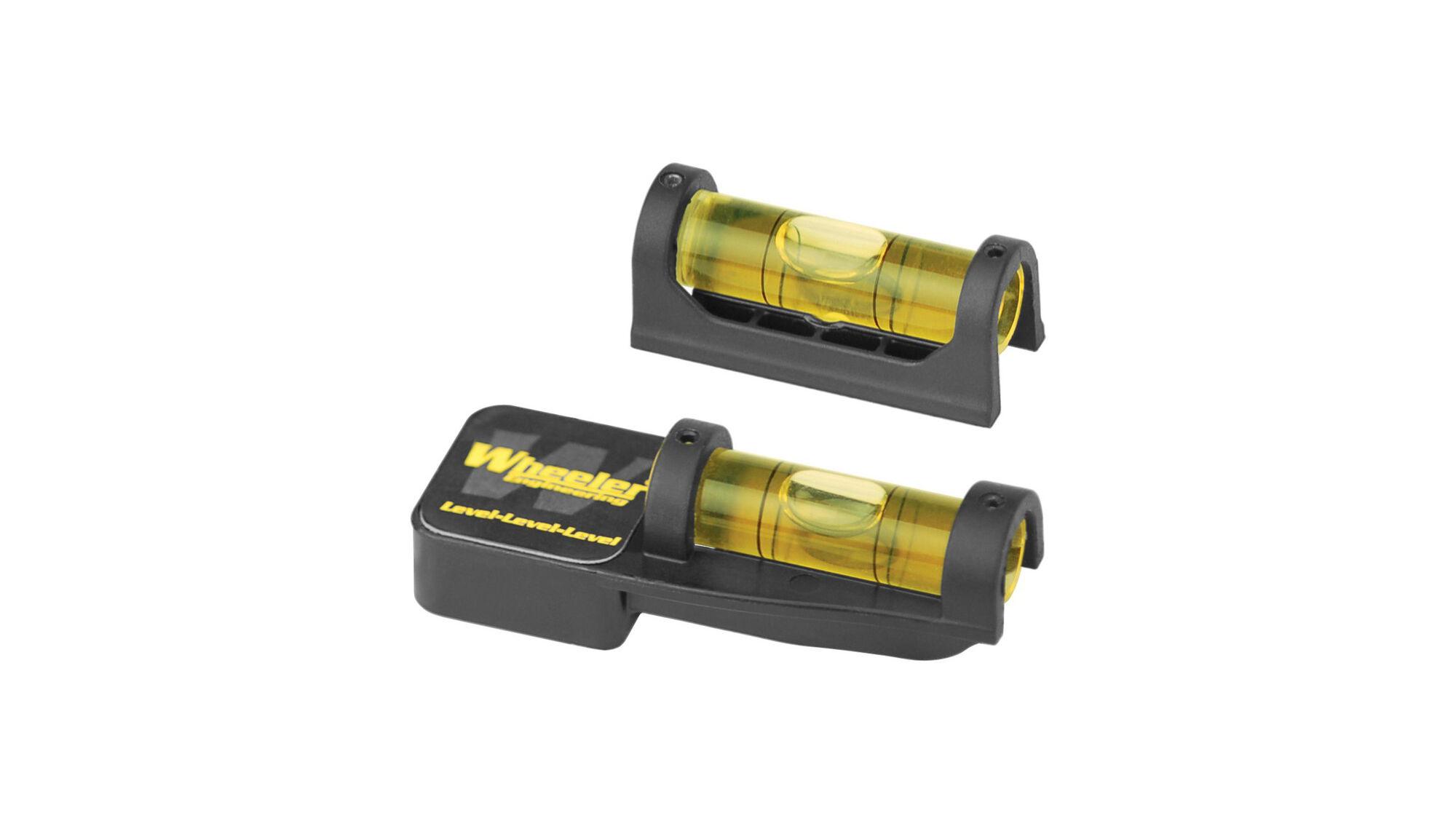 I figure that there are reasons why adjustable butt-plates are made.
Granted, this is intended for use on a .22LR, but to give an idea of just how extreme it can get: 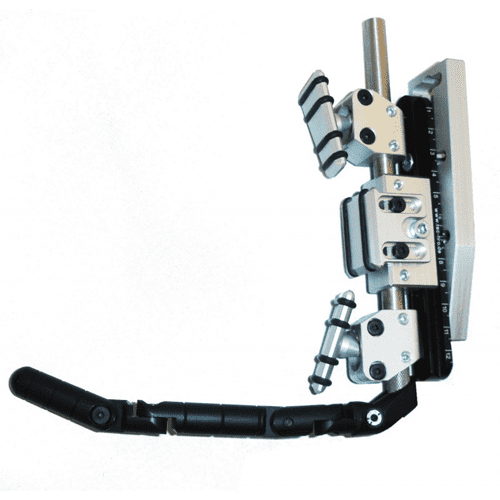 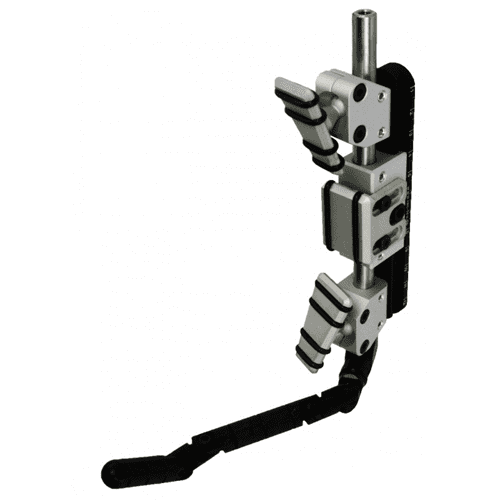 It seems to me that the only reference line that matters is the imaginary vertical line running from the center of the scope through the center of the bore. Using the raceways to determine what might be 90 deg from that imaginary line is optimistic at best. Using turret caps as a reference seems simplistic and wishful.

If you pick the bolt raceway to BE the horizontal reference and check everything to be parallel and perpendicular to them, then you have something to work with. Trying to draw an imaginary line between the bore and the scope gives you nothing physical to work with. You need a starting point. It really doesn't matter what that starting point is, you just need to have one that is easy to start from. I picked the bolt raceway because they are obvious, but it doesn't need to be them and in some cases (3+ bolt lugs) it probably can't be them.

KS Shooter2021 said:
VH, I agree. You could mount the scope on the side of the barrel and as long as you had the center line of the scope aligned with the center line of the bore and you shot the rifle sideways it wouldn’t make a difference. Seems the difficult part is to get the scope perfectly aligned with the bore. Haven’t seen any method yet that would precisely do that. But then again, close may be good enough.
Click to expand...

If you mounted the scope on the side then the line that would HAVE to intersect the bore of the gun and the bore of the scope would have to be the horizontal axis of the reticle.
You must log in or register to reply here.
Share:
Reddit Pinterest Tumblr WhatsApp Email Link