A buddy bought a Tikka T3x Lite in 308 for his son and daughter. Seem to be able to handle the recoil and can take most anything they will shoot in the future. They also seem to be a bit smaller and lighter than a lot of hunting rifles.

Don't know you budget but Benelli came out with the Lupo. First bolt action rifle for them. Lot's of adjustments in the stock and Butt pad, and has a recoil reduction system. Costs $1,500 and is sub MOA. You may find you are borrowing it from her

Ditto on hearing protection, even when hunting (ear buds). I have Tinnitus and some hearing loss. Shot a lot of years when I was younger without much protection. Muzzle brake only makes this worse, for the shooter and everyone in the area.
T

My 8 year old daughter uses 6.5 Creedmoor. Out side of hearing protection, next best investment is a tripod attachment system, reaper rest, deathgrip, hog saddle it. It beats a muzzle break in regards to recoil reduction.
S

A Remington mosel seven might work for you. I know it was made in 243 and 7mm08 but I dont know if they made smaller calibers.

A lot of what is going to be important is going to be her size, which you really did not mention but is all important, especially since it will be two years before she can go hunting so another question is going to be, "How much will she grow in 2 years." I'm a hunter safety instructor and see a lot of 10 and 12 year old's each year. For some of them a Cricket is overwhelming at that age but a couple of years later they have sprouted and can handle a full size rifle or shotgun. Since she will only be shooting at targets for the next few years probably from a bench the length of pull is not as important as it would be if she had already attained her full adult size. Your selection of the Weatherby Camilla is a good one. First of all it is designed with a shorter length of pull and is designed with the female body in mind. If at the age to go hunting the stock might be too long for her it can be taken to a competent gunsmith and shortened to fit. Conversely as she grows if she needs a longer length of pull that same competent gunsmith can install spacers to make it fit. As for caliber, I do not recommend a .223, or any of the Creedmoors. While the 6mm in my estimation are worthy deer calibers ammunition availability and cost is an issue. My minimum selection would be a .243. The .243 has a light recoil and ammunition will be much more available than for almost anything else. My preference for her would actually be a Camilla in .308. Yes it has more recoil, however with the installation of a muzzle brake the recoil is reduced to that of the .243 or less. .308 ammo is even now readily available with practice ammo relatively inexpensive. (I've seen it a low as $18 a box of 20 around here at the sporting goods stores.) It is also available in bullet weights from 110 gr up to 200 gr which adds to the versatility of the rifle, woodchucks to Elk and Bear. So my recommendation, for what it is worth a good rifle for her that will serve her well into adulthood is he Weatherby Camilla chambered in .308 with a muzzle brake installed by a competent gunsmith. I am very sure many on this venue will disagree and opt for some exotic custom built rifle that will cost a small fortune and not fit her in a few years. The choice is between you and her. Get her something that is not only pretty like the Camilla (Girls like pretty things) but functional with reasonably priced and available ammunition so she can practice on a regular basis. In rifle shooting, "Practice makes perfect."
T

There are sooo many good production rifles today - some with smaller stocks for Women and kids. I would say get a new one - from .243 to 6.5 Creed - softer recoil and you an also upgrade the pad.

GOOD LUCK - she is fortunate to have such a concerned pop.
T

And later if -she wants more knockdown power - get a .308. Many available - very accurate today and inexpensive.
J

My 2 oldest sons who are 14 and 18 now each started with mossberg youth rifles in 243, it was the 100atr then but pretty much same as patriot now. Even the mossbergs sold for nearly what i bought them for after they outgrew them and worked fine for a hunting rifle. My youngest who is 6 (and shoots a cricket right now too) will be using a savage 22cm in a accufit stock with all the spacers removed once he starts hunting. My 14 year old and I use the 22cm in a different stock right now.

1pocket said:
when my grandson turned 14 2 years ago i bought him a tikka t3x compact (expandable butt stock) .243.
a very friendly rifle for a young shooter as well as being formidably accurate.

I got my son a Ruger American Compact in 308. He was able to shoot it well, until he grew up too fast. Now his sisters and mom fight over it. I like the gun but part of me wishes I would have gotten a tikka. I don’t think my wife and daughter will out grow a compact. Since I reload and live in Alaska I decided to go 308. I can always do reduce loads for them for training.
O

I have built two kid rifles first one was for my best friends daughter. She was pretty recoil shy so we settled on a 7-08 and found a very accurate load of 140 accubonds with a low dose of RL-19 going a blistering 2500fps. Went 23 inch plus the brake on the barrel and we put a McMillan stock on it and we went shorter at a 12 something LOP but the thought was once his kids are grown up we could just use a grind to fit spacer and we’ll be back at a standard 13.5. On the scope because the kids are young and we didn’t want to over whelm them we used a Leupold 14 power that didn’t have a parallax that way we eliminate one aspect of the shot and they can just focus on getting steady. I built my 11yo son the same thing in a 6.5 creedmore and he can bang all the way out to 600 off a bipod no problem.

When my daughter wanted to hunt, we tried out several different cartridges. The one she shot the best was a .223 Rem. It was more about muzzle blast than recoil as I never had her shoot anything larger than a .243 or .250 Savage. Once we figured out what she would tolerate shooting we made the rifle fit her.

I took a cheap Stevens 200 .223 to the local GS I used, he also only had daughters so he understood exactly what we were trying to accomplish. I had my daughter spend 20 minutes to an hour with said GS three times getting the rifle fitted to her. We cut the stock to 12", the barrel to 20", and found a scope with forgiving eye relief and eye box. He also tuned the trigger to a decent 3 lbs for her.

All said and done I think I had about $800 total in the rifle, purchase price, optics, and GS work. My daughter took her first deer a the age of 9 with it and again the following year. 55 grain Vor-TX ammunition hammered OK Whitetail deer, since she wasn't old enough for big game in CO. At 12 she started hunting with a full sized M700 Classic in .300 Savage, but moved to a 7lb Howa Alpine .308 a couple years later.

It's all about what your child can work with, not what you think will work for them. Listen to them and forget what you know and think they should be shooting. They'll tell you exactly what they want, and what they're comfortable with. Then it's our jobs as parents to make it happen for them.
V 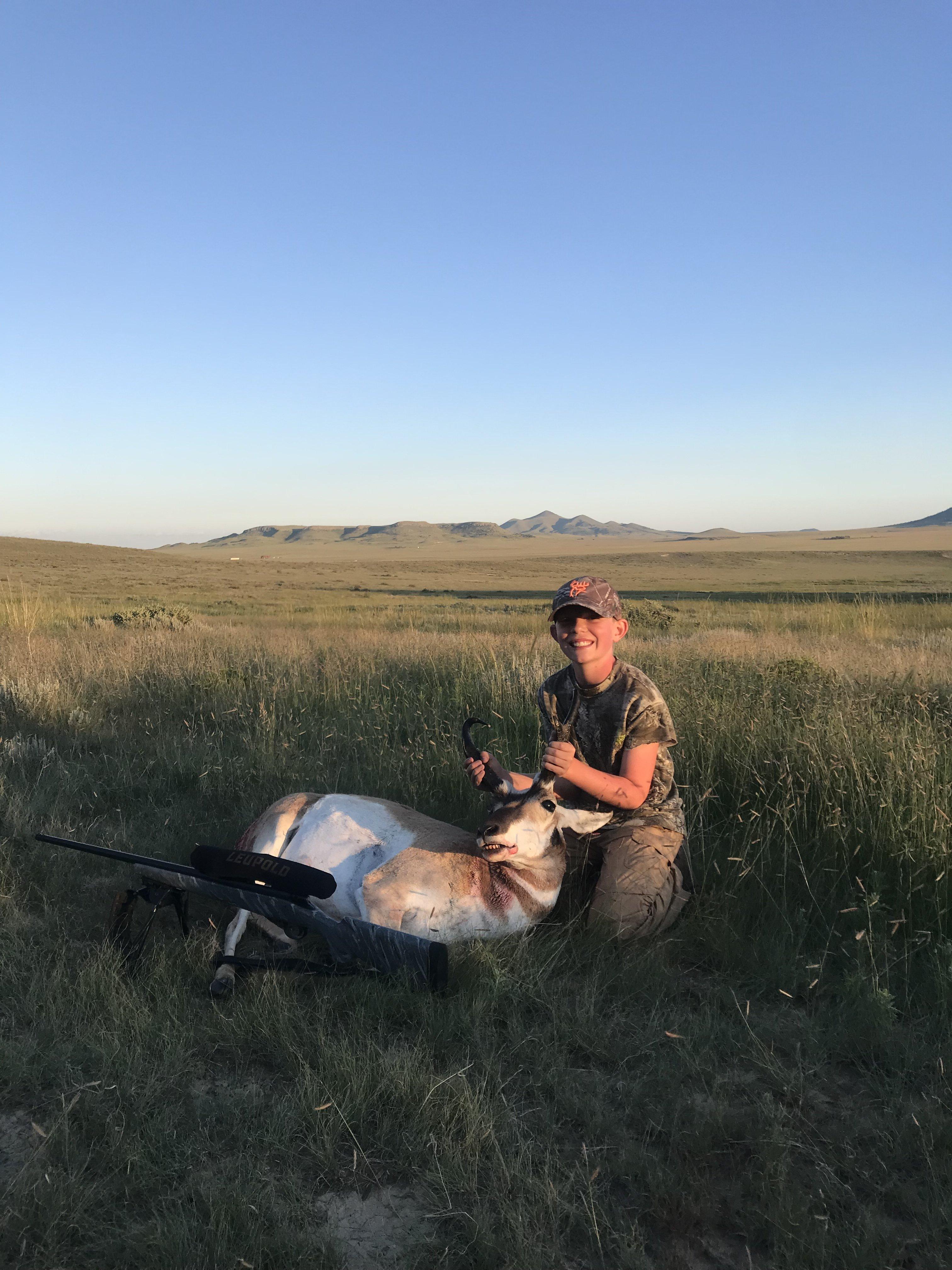 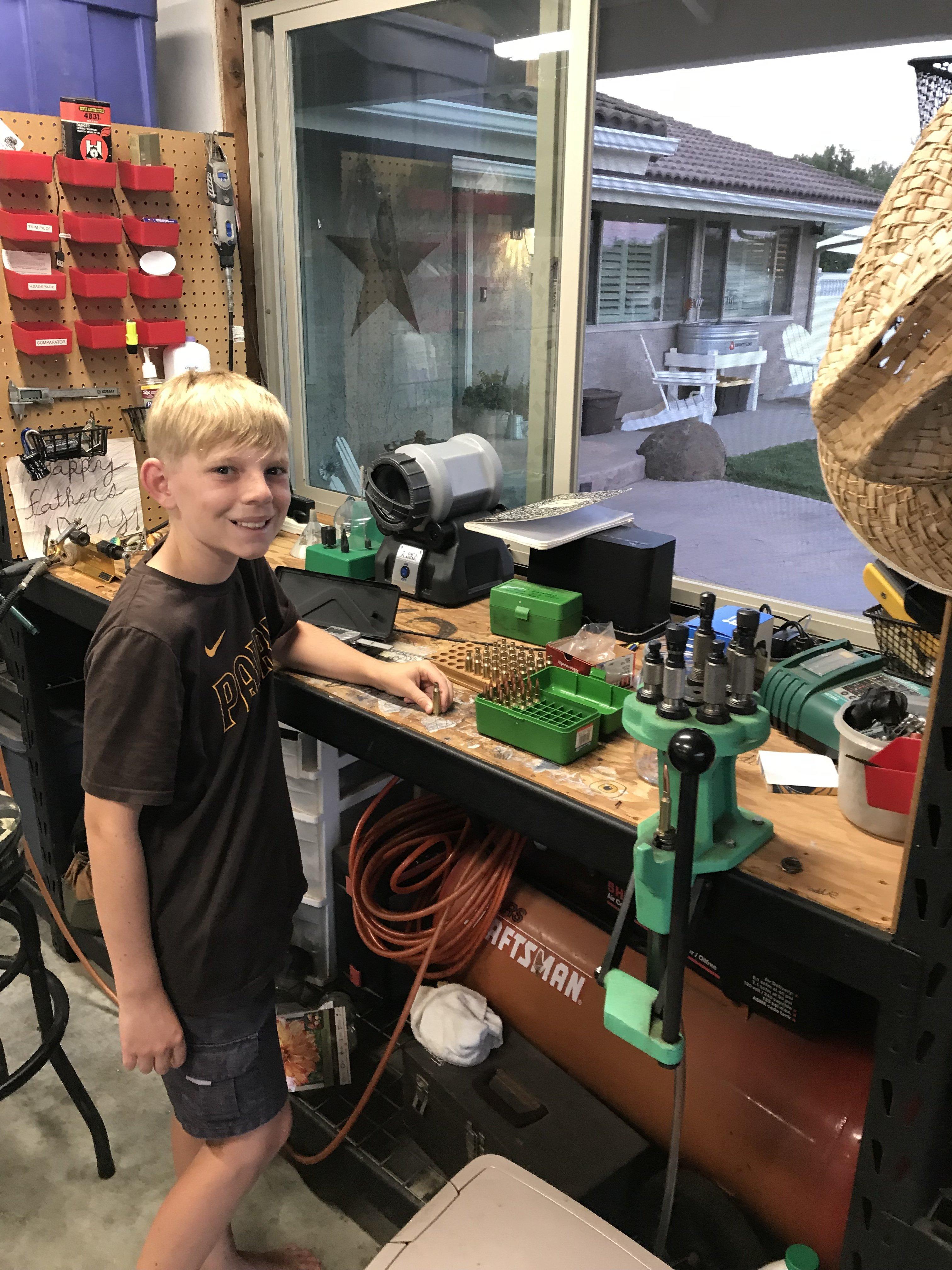 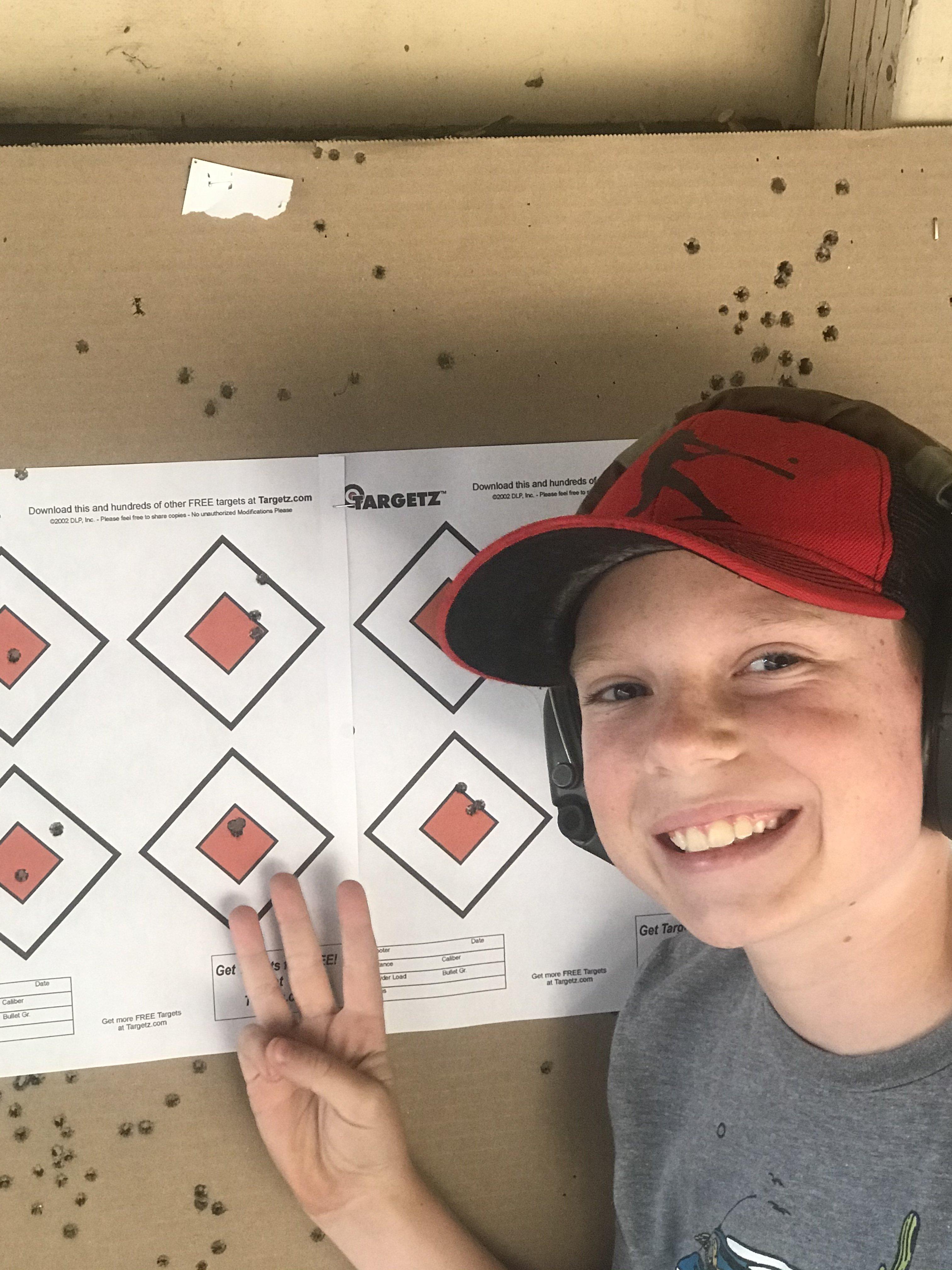 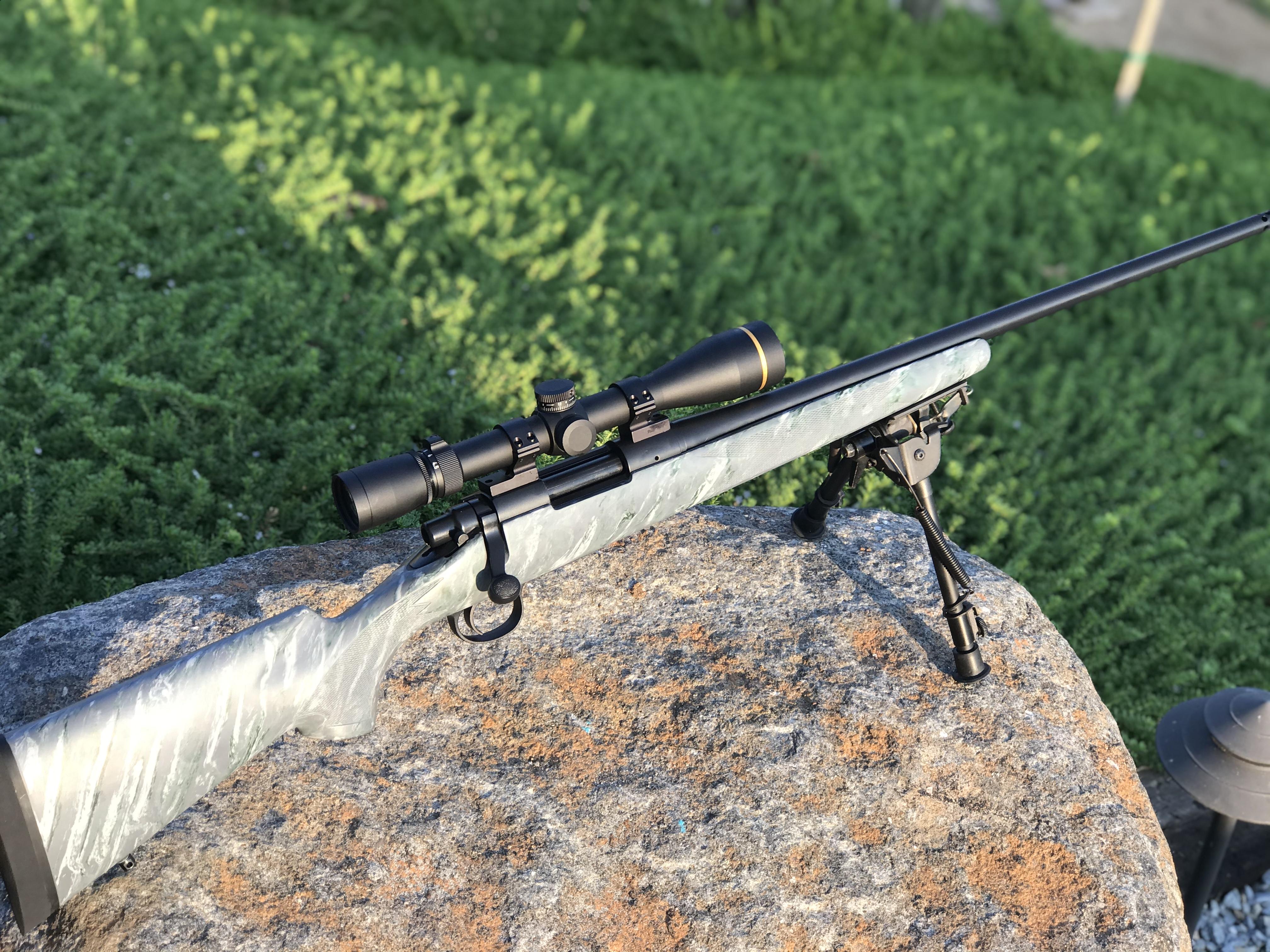 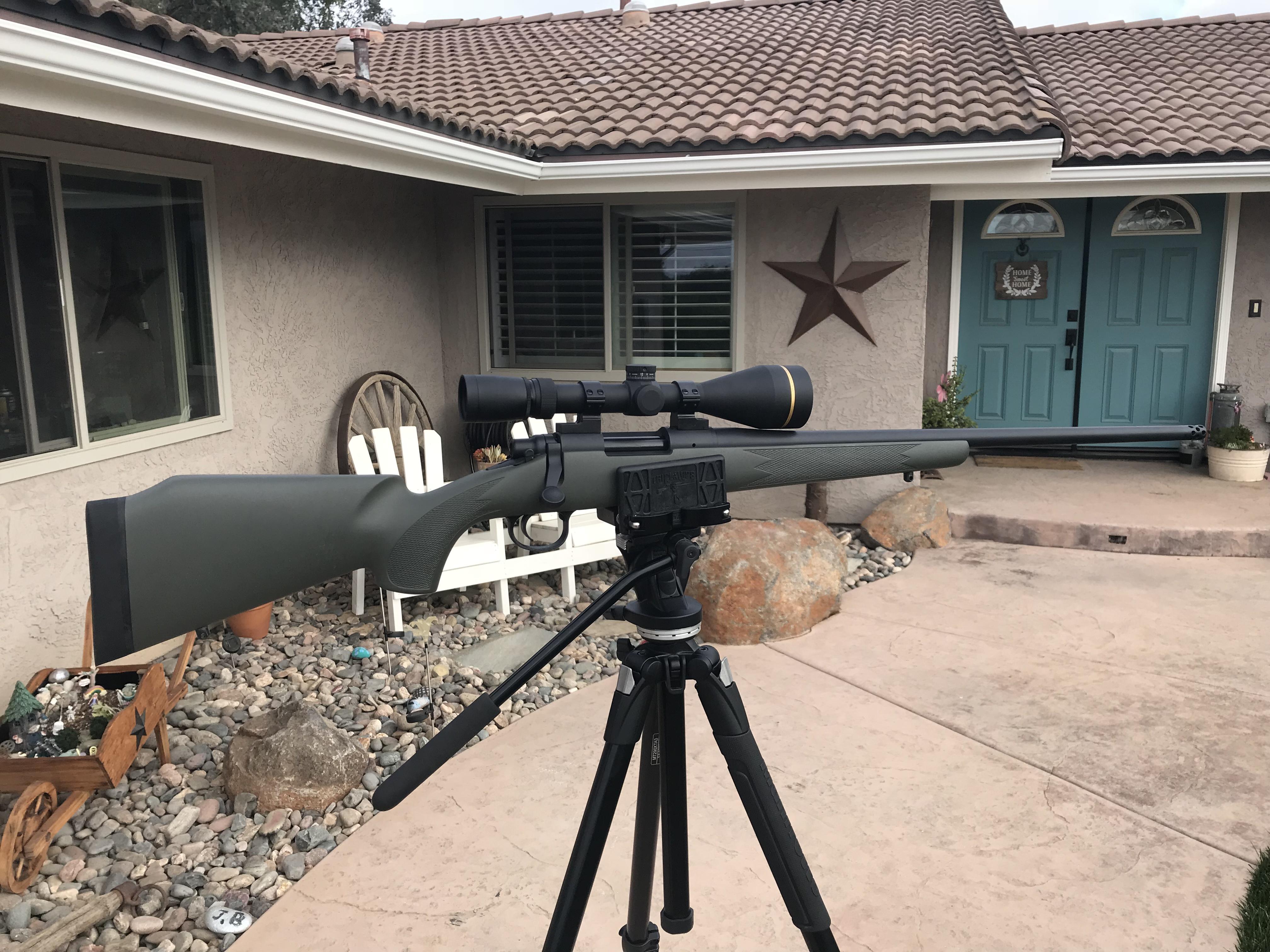 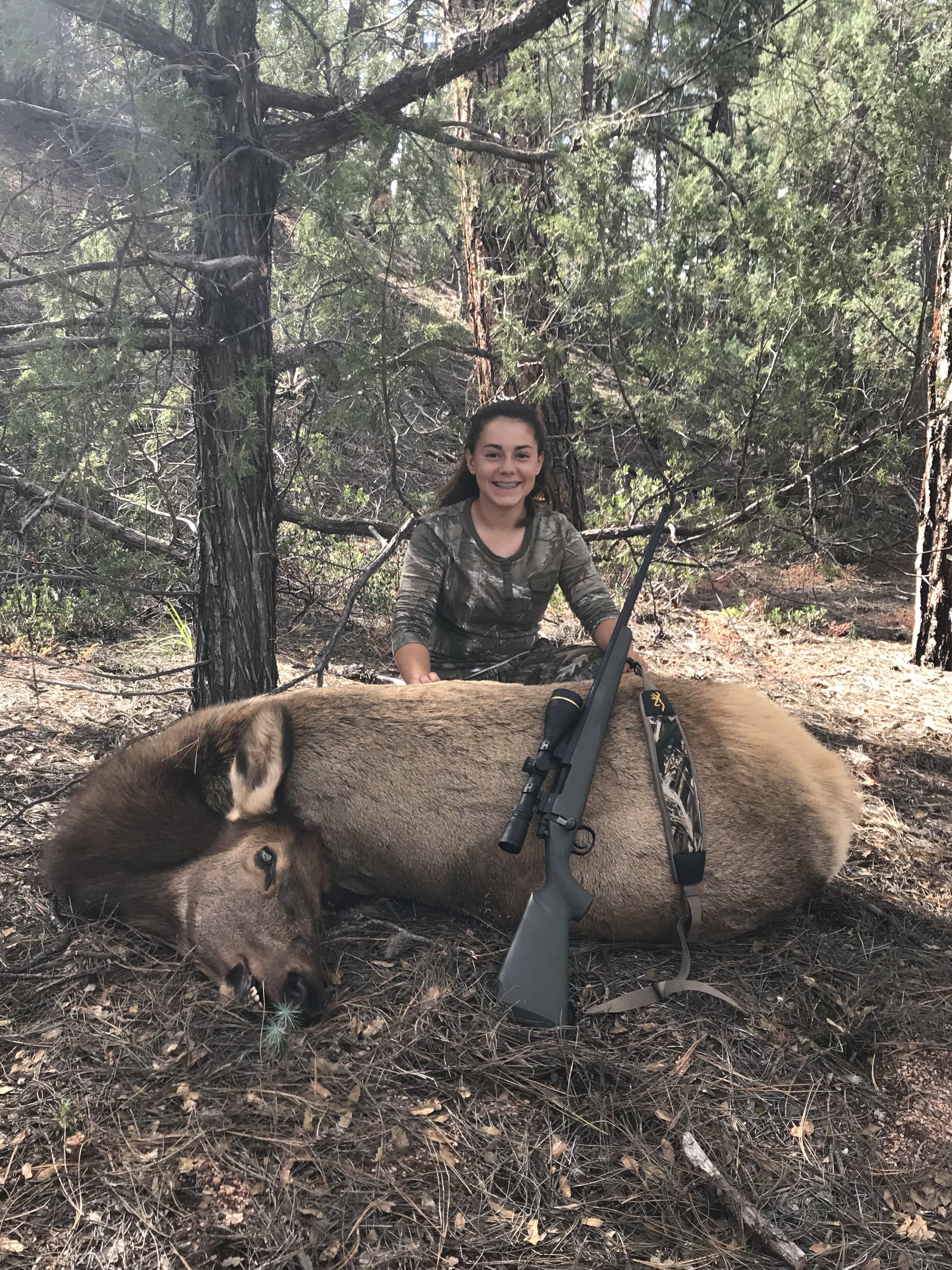 adam32+P said:
I would love a suppressor but can't have them here.
Click to expand...

I am in the same boat, I am leaning towards a howa in a chassis with a 20” barrel chambered in 6 mm (creed or xc)
A

I built an AR pistol in 6.5Grendel for my son to deal with LOP. It is braked, which works for him but his sister is intimidated by the blast. So I'll get a suppressor by next season. She shot a 6x45 fine but I had to cobble that rifle for LOP to work. A chassis that took AR butt stocks would have been another route but weight gets to be an issue.
Share:
Reddit Pinterest Tumblr WhatsApp Email Share Link