Return to the Manti

In January, 1981, I turned the F-150 east out of Salt Lake City headed for Washington DC and a new job. In the truck was my long range rifle, a Ruger#1 in 7mm Wby with a 28 inch Shilen barrel. The rifle was put away in the attic for many years as I had no use for it. I was busy with my job and raising children. The little eastern whitetails in Maryland were easy prey for a Mauser in 240 Wby. After retiring in 2005, I hunted in Wyoming and Idaho for three seasons but then I got a notion to go back to Utah and hunt deer and elk in my old favorite hunting spots in the Manti LaSal National Forest. I managed to draw a general buck tag and a cow elk tag and purchase a spike elk tag for the North Manti area and after a 28 year absence I would once again hunt the Manti with the same Ruger #1 rebarreled one more time and now in 257 Wby.

This is mostly a story told by videos.

First stop was in Wyoming for antelope. I had two doe tags and a buck tag for Unit 72. I had three rifles with me and used them all.

First up was a doe. (Turn your computer volume up to max )

Next up is her fawn which kept hanging around in the same place as I killed her so a few days later I shot it. Range is 1006 yards and the rifle is the 240 Wby with a 115 Berger. Some sloppy camera work here.

Finally, I am running low on time and need to get to Utah for elk season and decide to kill a 15+ inch buck that I have been seeing but passing on. I think I spot him out in the valley over a mile away but the mirage is heavy and as it will turn out it is not him. After I make the video I realize that this buck is much smaller and barely will break 14 inches. The shot is trivial for the 7AM (500 yards) but I had wasted a lot of time and needed to get on the road. For those who wonder about my absence from the forum, my mind has been on my son’s endeavors as you will hear in this video.

So, having filled my tags in Wyoming and burned powder in each rifle, I headed to Utah and Skyline Drive on top of the Manti. Well it snowed and the wind blew and it was cold. About the third day of elk season I stopped the truck and walked about a 100 yards away to glass a hillside and there was a cow elk walking off about 300 yards away but my rifle was in the truck so she escaped. It snowed again and the roads turned to mush and ice and I was trapped in camp until they dried a little. Finally I found a herd of elk and there were very few hunters left hunting so I could actually work on them in peace. Naturally it snowed again and I had to work the herd with half an inch of snowy slush and mud on the ground. They were feeding along a hillside of semi open pines and aspen. I had to set up three times before I shot and my hands were just frozen to numbness and the trigger broke before I was ready to shoot. In fact I was trying to decide whether to wait for a better angle on the cow or move to the calf and take it because it was full broadside. In any event, the firing pin fell and the 130 grain Wildcat went though a portion of the rear ham and exited it and then reentered the cow and travel through most of the internal organs and got into the lungs. Not a great shot at only 450 yards from prone and bipod but it did get the job done.

I was happy enough with the cow elk and using my old long range rifle once more on the Manti and did not even bother to hunt any more to see if I could find a spike.

Deer season was a lot of fun. I visited all of my old hunting grounds and relived great moments that are stored in my memories. The only buck I actually could have killed was a forkhorn 20 yards off the edge of Skyline Drive. I stopped the truck and looked him over but did not feel like shooting him. Another truck came long behind me and did stop and shoot him. Some people have no pride.

I had a truly great time on the Manti and I hope next year to draw out on Boulder Mountain which is my all time favorite place in the whole world. Hunting is not so great there but it is really awesome scenery and a wonderful place. I may give the antelope a year off and quit wasting money on deer tags as I just really can’t get my heart into deer hunting. Perhaps an archery elk tag for Utah, and another cow elk tag for Utah and then head to Idaho for bull elk season up there would be a good plan.
H

I knew that your absence from the forum was because you were out hunting. I was missing your teaching comments but knew some great pictures, and hunting stories were coming by with your return.
CONGRATULATIONS for your sons achievements!!!
Those are some great videos, and some great shots you made there. Enjoyed them a lot. Thanks for posting, and welcome back to the forum.

Looks like you've been busy. Thanks for posting the comprehensive chronology of events that took place in the past few weeks.
That hat looks familiar and so do those tabs...
Give Phil our best and thank him for what he is doing!
He's following in his father's footsteps, which make pappa rather proud.
I can't wait to retire.

Congratulations to Phil!!
Welcome home, It looks like you had a successful trip, does this mean you will be at the Modified next Sunday? Although after seeing those shots in Wyoming it does not look like you need the practice.
Dave

My excuses for not killing a deer-----

Too much fun shooting grouse. 460 S&W with 8 grains of Trail Boss and 185gr Berry plated bullet does a decent job. 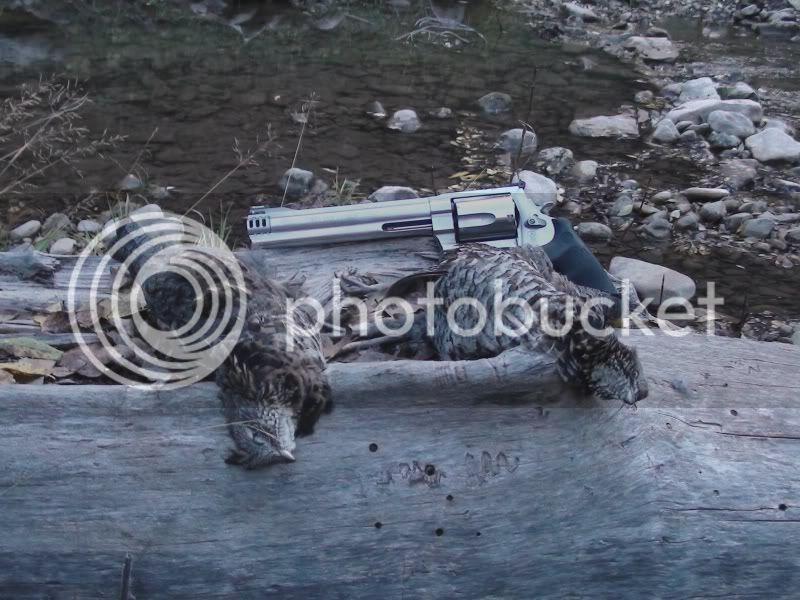 Rockhounding is always fun and easier to tote out too. Thousands of geodes on Coffeepot Ridge. 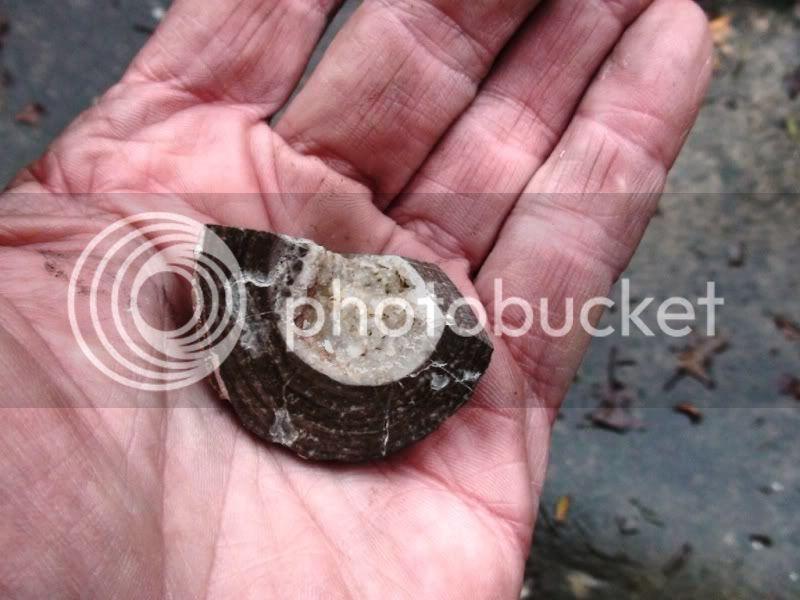 As far as F-class- the last two pounds of Varget were a new lot # and it is faster than any I have ever used before. I have to pull a lot of bullets and reduce the charge before I come to shoot again.
S

Sounds like you had another great trip. The trips that bring back memories and take you back to special places mean a lot.

Congrats to Phil and keep us posted as to his progress.

Looks like you've got some more great/special trips planned so we'll be looking forward to some more videos, pics and great writeups.

Jim, it's great to hear/see you. Best wishes to Phil in his adventure.

Thanks for taking the time to share those great hunts with us! When i saw that elk, I thought wasn't he just concernced about an antelope a mile off the road...well, now he's got some work for sure! Good going getting that out of there! You should have a full freezer by now. Congrats. Jon
P

Hey, way to go Jim.
Now we are back and still wired. I'll be able to harrass the NY bucks in a couple weeks.
Thanks for sharing.

BB, Welcome back to the forum. Congrats on your successful hunts and the renewing of memories past. Thanks for sharing them with us too. When one procures a "Kirby" gun, one of the disadvantages that rarely is thought of is how far one must drag/carry the game after you dispatch so far away! Also, Congrats to Phil! A stellar accomplishment to be sure. Good luck to him in the future and by all means keep us abreast of his adventures.
God Bless
Jim
S

BB, thanks for posting the stories and videos! I enjoy reading your adventures every fall. I find myself right now in that place you mentioned where the rifles spend most of the time in the safe as I'm busy shuttling the kids to swim lessons, scouts, you name it.... So thanks again, unfortunately for me this is how most of my "hunting" gets done.
B

Bad back, bad feet and a bad attitude. Sounds just like my dad Did you retire from construction work? LOL

BB, I thoroughly enjoyed the writeups and video! Great shooting! Keep it coming... you're contribution here is much appreciated and of great value.

Congradulations on your son's achievement. From a fellow vet, his service as was yours is much appreciated.

Take care and be safe... and remember... shoot up hil - drag down hill

BB I enjoyed your write up & videos make sure if you make it to the boulder that you take a fishing pole lots of great fishing I shot a bunch of rock chucks there off the cook shelf this summer. being from Utah myself I think the Boulder is my 2nd favorite spot in this beutiful state if you get the chance try the San Juan during the rut it's hard to draw.had a wonderful hunt this past september and I will go back next year during rutting season with my video camera if nothing else it is my absolute favoite place in utah
Share:
Reddit Pinterest Tumblr WhatsApp Email Share Link

Fun On the Manti

new to the game

One binocular to rule the mountains
4 5 6

T
What's the most affordable way to successfully hunt an elk?
2 3 4