Well, in part 4 of my reintro of my little shop to he new members on LRH.com, wanted to talk about the rifles i build the fewest number of annually, however, they are my favorite to build!! These are my Xtreme Heavy Rifles.

for these rifles, there is really no set configuration or specific parts used. Most often, i use the Armalite AR-50A1 rifle as a donor rifle. Blueprint the receiver and bolt, install new match grade barrel a use the factory stock. This keeps cost down as much as possible.

As you can guess, these rifles are chambered in the 50 bmg or wildcats based on the bmg parent case. 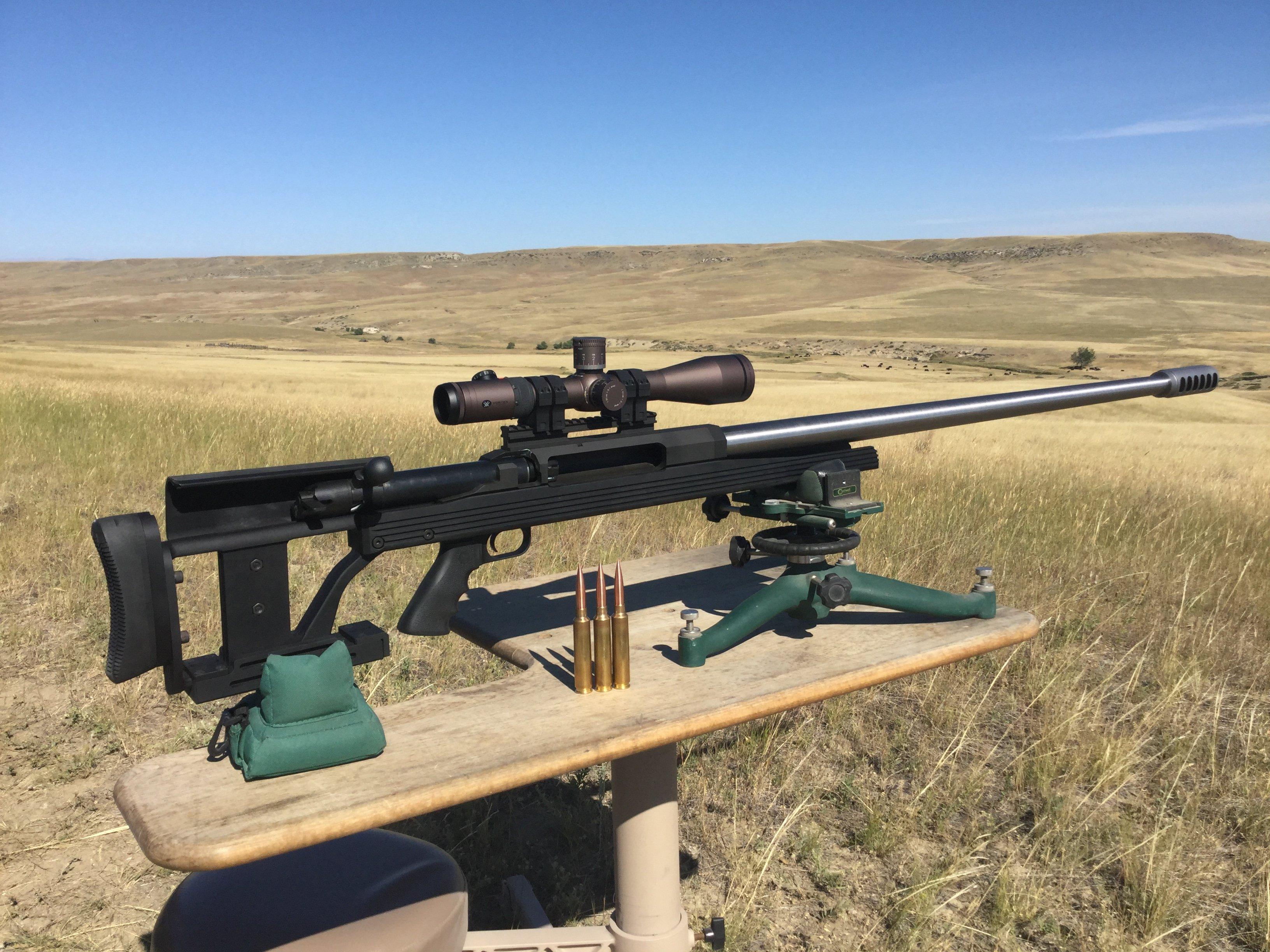 The nice thing about the AR-50A1 rifle is that its quite functional as is from the factory, true up the receiver which is similar to a monster rem 700 receiver other then a three lug bolt design. As such, they are very easy to blueprint and respond very well to that. They are also a very strong, rigid design with its deep V, single shot receiver design and can support extremely heavy barrels. The rifle pictured above has a full 45” length barrel installed.

However, most of my Xtreme Heavy Rifles use a 30-35” barrel length simply because the extremely long barrels are just a pain in the rear to transport. Great fun but its a project moving them around. Nearly a two man crew serviced weapon system!!

the Xtreme Heavy below, again based on a donor AR-50A1 rifle has a more conventional length barrel at 32” and customer decided to reuse the factory muzzle brake which works very well and saves even More on the cost of such a project. These rifles as with all my other smaller rifles are held to the same 1/2 moa or better accuracy standard measured at a minimum of 1000 yards before shipping. 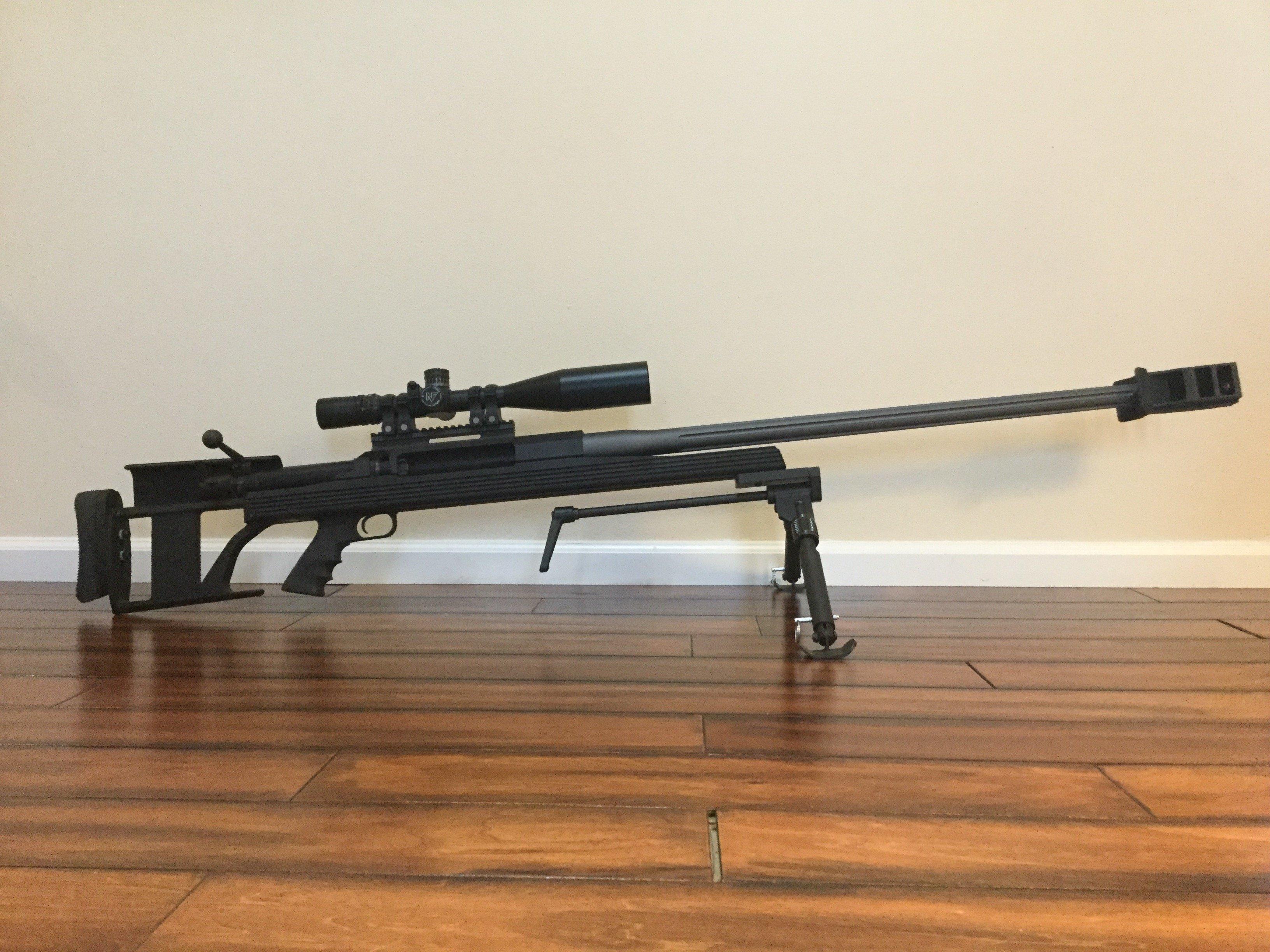 The Xtreme Heavy rifles as mentioned come in a variaty of configurations. Below is more of a heavy BR class rifle using a McBros single shot receiver and McMillan 50 BR stock along with a heavy Bartlein stainless barrel and one of my Super 6 port Painkiller muzzle brakes to tame the party down!! 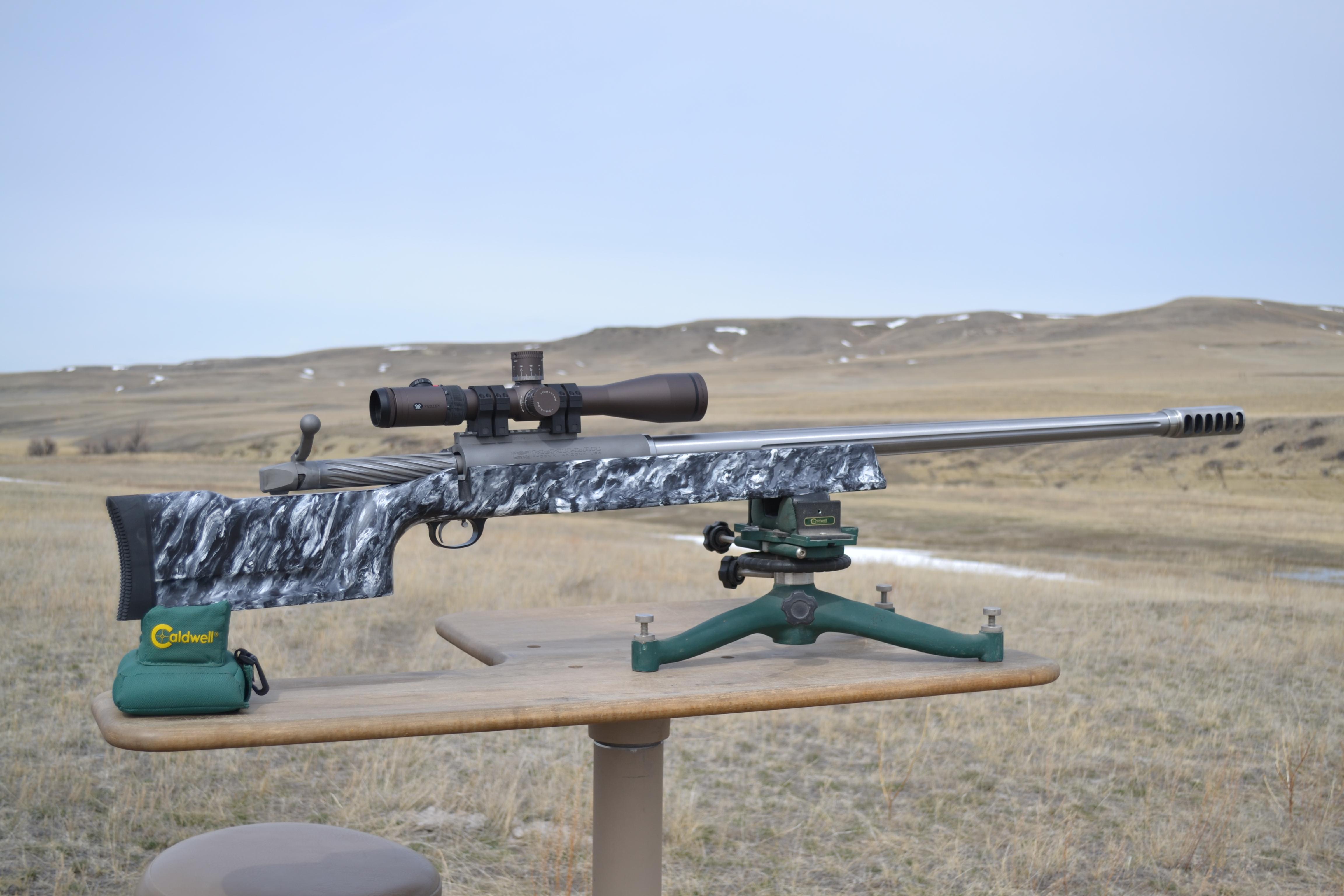 this one is similar but using a McMillan Big Mac stock for those that prefer the feel of a more conventional stock. This one also has the cerakote color finish option. 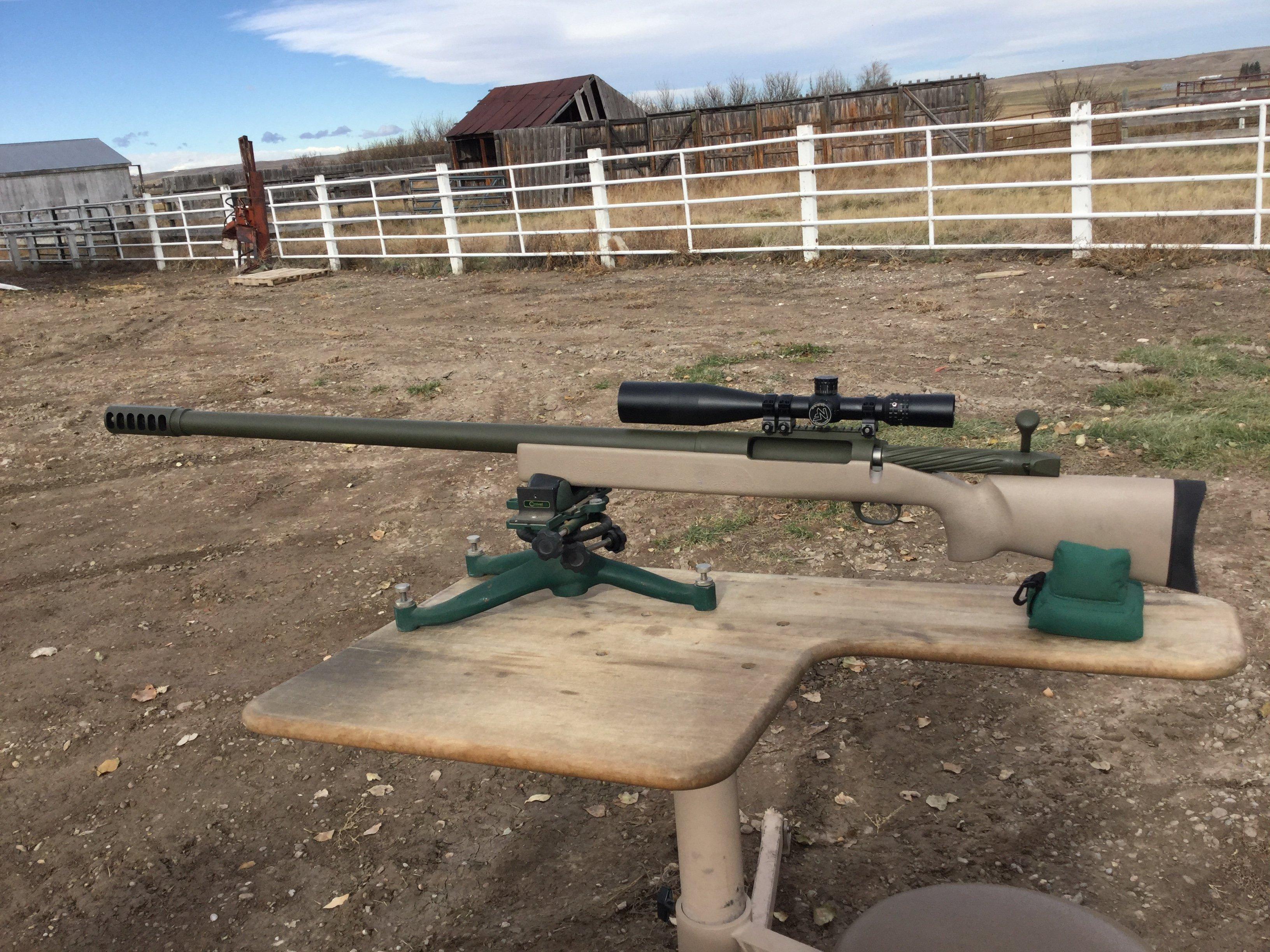 This Xtreme Heavy rifle uses the McBros repeater and an XLR chassis stock, also with cerakote finish and Super 6 port PK on the muzzle. 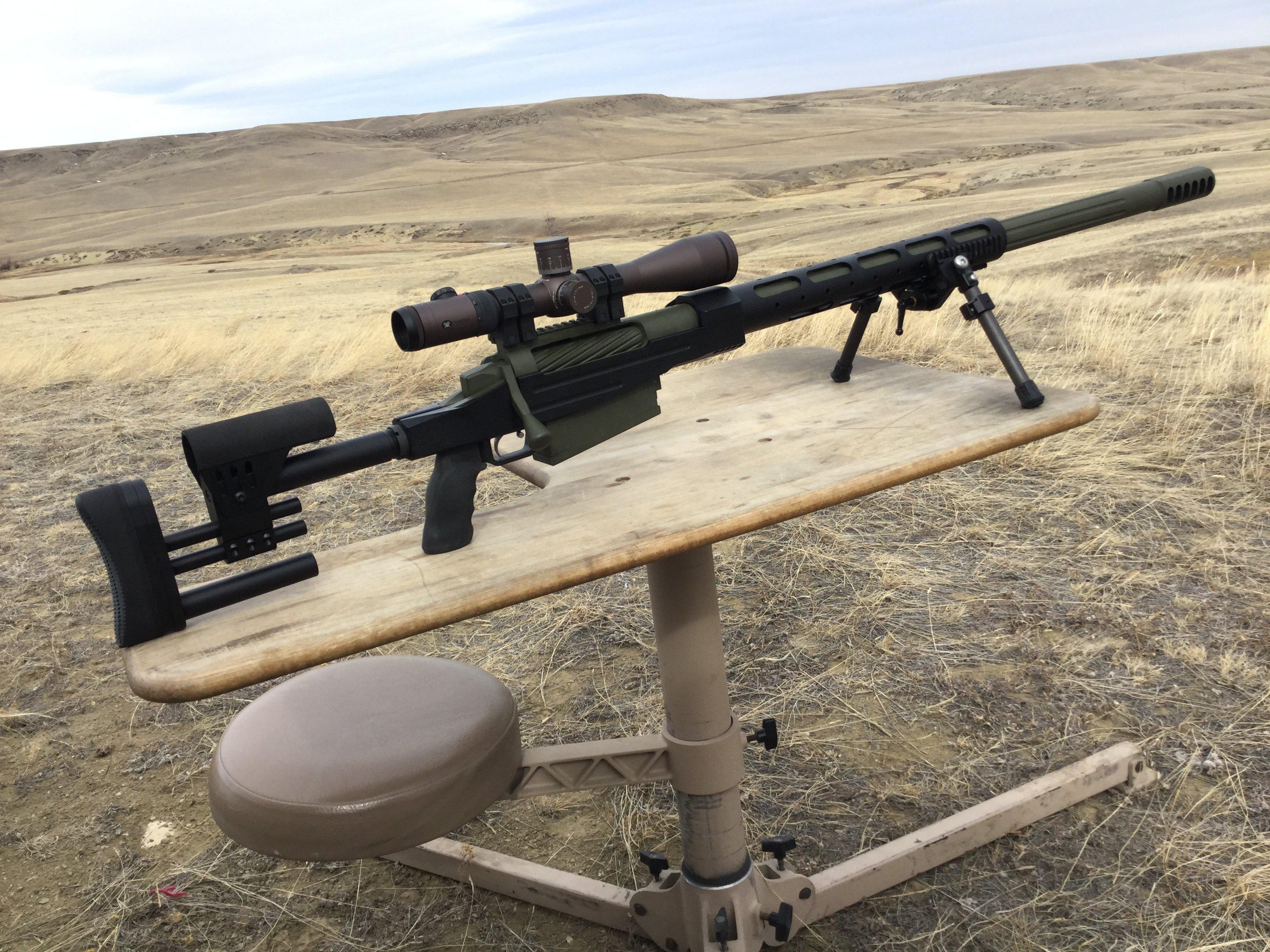 As you can see, the Super 6 port PK is a sizable brake compared to my medium Painkiller which it dwarfs and the medium PK is not small!! 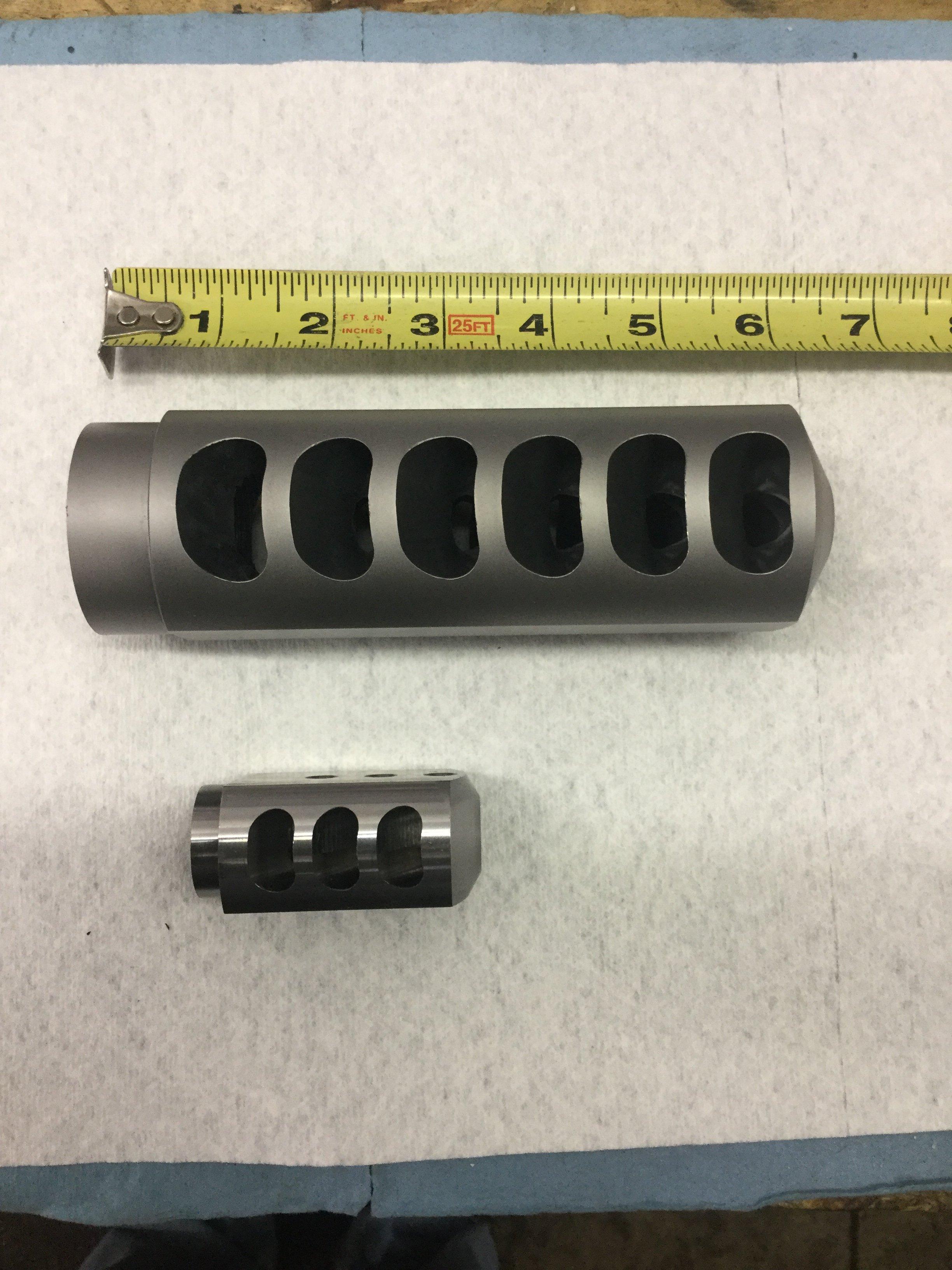 touching one of these monsters off can only be described as an EVENT!! Anyone within 50 yards will FEEL the rifle go off. That said, they are surprisingly easy to shoot and extremely powerful and accurate. Can range from budget grade(sort of

) to full blown custom throughout the build.

from 25 lb lightweights to 85 lb monsters. Whatever you can dream up.

i have been shooting 50 cal class weapon systems since 1995, which is where my call sign of Fiftydriver came from. These big rifles are truly my favorite rifles to build and i have yet to see anyone shoot one of these and not come off with a dramatic look of RELIEF on their face and then a huge smile!!

the APS Xtreme Heavy can be chambered in any 50 bmg based rounds including my APS wildcats:

I will be doing write ups on all of my wildcat chamberings soon so will cover the extreme performance levels they all produce.