vancewalker007 said:
I get a lot out of the following hunting podcasts:

I stopped listening to Meateater when a prominent guest said we should not have exited the Paris Climate Accord, then there was no rebuttel or pushback or discussion from the host. So you let someone make a blatant political remark and just go ok on to the next subject. I think the pure hunting info on Meateater is great, I really liked their hunting story approach but the passive aggressive political stuff in the background is too much for me.
Click to expand...

One comment from a guest you dont agree with and you write off the entire program? OOOF - everybody is turning into a bunch of snowflakes...so easily offended.

srogerson said:
I found this response from Rinella about this topic:
https://traffic.libsyn.com/secure/force-cdn/highwinds/meateater/StevenRinellaResponds.m4a
Click to expand...

I think Rinella's response speaks for itself. And I applaud the method of srogerson of looking for source material when trying to learn more about a subject of interest. It's certainly easy enough these days, so little excuse not to do so.


PredatorSlayer said:
One comment from a guest you dont agree with and you write off the entire program? OOOF - everybody is turning into a bunch of snowflakes...so easily offended.
Click to expand...

I find myself liking the term "snowflake" less and less (also Rinella's use of it in the above-quoted-video), as I see people use it with all sorts of meanings, but I agree with this comment that we should not recoil so strongly from things we find personally objectionable. Investigation rather than a quick conclusion seems prudent. You may still object to the comment in the end, but I'm not sure every objectionable comment requires building a fortified position to combat it. Expressing opinions used to be less incendiary, I think.

Rinella was right. Unfortunately this is the day and age that we live in: 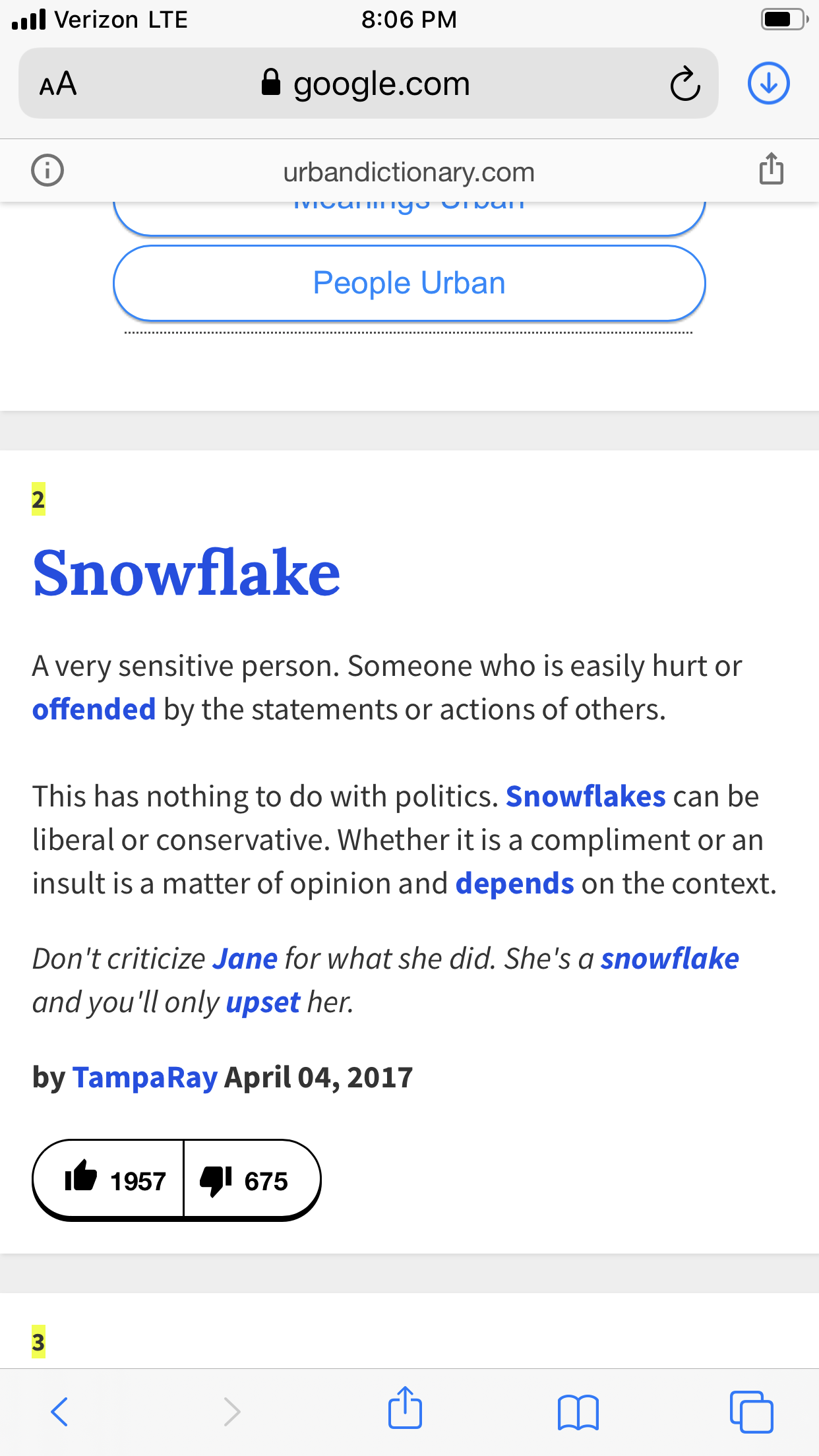 PredatorSlayer said:
Rinella was right. Unfortunately this is the day and age that we live in
Click to expand...

In this case he was not right, in my opinion. Though I'm a fan of his generally.

What you have cited is a great definition. But this is language. It's fluid. Particularly new words in the vernacular. Any one definition is just trying to hold ground until a better one comes around. Many others are being tried, so my caution still stands. Though I think we agree on all points in this discussion.

On a different note - I found the Ron Burgundy podcast the other day. Its not firearms or hunting related, but it makes me laugh everytime I listen to it.
C

I like a wide variety. Usually get sick of listening to the same people over and over, especially political stuff. Mostly non- hunting or firearms related.

Here is another one that is not about hunting / shooting but is a good listen..Mike Rowe, “The Way I heard It”. It is on the same order of Paul Harvey’s, “The Rest Of The Story”.

The Everyday Sniper is one of my new favorites
And of course Tundra Talk!

Here is my list in no particular order. I don't listen to them all necessary every episode, I pick and choose based on guest or topic.

I drive a total of 90 minutes a day, so I get a lot of windshield time.
Joe Rogan
Jocko
Carl’s Week in review
Epic Outdoors
Hunt Backcountry
Cleared Hot
Meateater
The Hunting Collective
The Western Huntsman
Beyond the Kill
Stuck N The Rut
Wilderness Attitude
You must log in or register to reply here.
Share:
Reddit Pinterest Tumblr WhatsApp Email Link