Was out on the range yesterday figuring out the drop compensators for my Parker Red Hot scope. At first everything was great with one hole group at 20 yds (literally in the same hole with third bull). At 30 was the same POA center crosshair with 2nd two touching. Went to 40 and noticed about a 1.5" drop so about 1/2 way between crosshair and first dot. Then fired the third shot and had no idea where the bolt went it was just gone. Wondered if I'd somehow dry fired it but was using the same white fletched arrow and it was just gone. Pulled out the cocking sled about to load again and ****! What the??? My nock and loop had suddenly shifted almost 3/8" off center to the right! I nocked another one and can tell by the pics my lost arrow had to miss the target at least 10 yds or so.

After talking on the phone with a good buddy out west who's a serious bow tech, and sending him some pics, we've pretty much determined my RH buss cable had somehow stretched. I've never done any compound bow cam timing work so can someone here please share if they've had a similar experience and if I'm on the right track? The bow was barely ever fired, if at all, before I got it from it's second owner, who got it as part of a gun trade and hasn't fired it at all the past 7 or 8 years he's owned it. Could it just be "breaking in", and be able to get back in time with a small adjustment (a couple of twists of the cable)?

Any advice would be greatly appreciated before I try this, I've been dying to finally get in the woods with this thing to put some deer in the freezer. Just finished a camo job and took out the rattling sounds of AR stock and slightly loose fitting Bushy lower. Also added a small level to help with accuracy at distance. 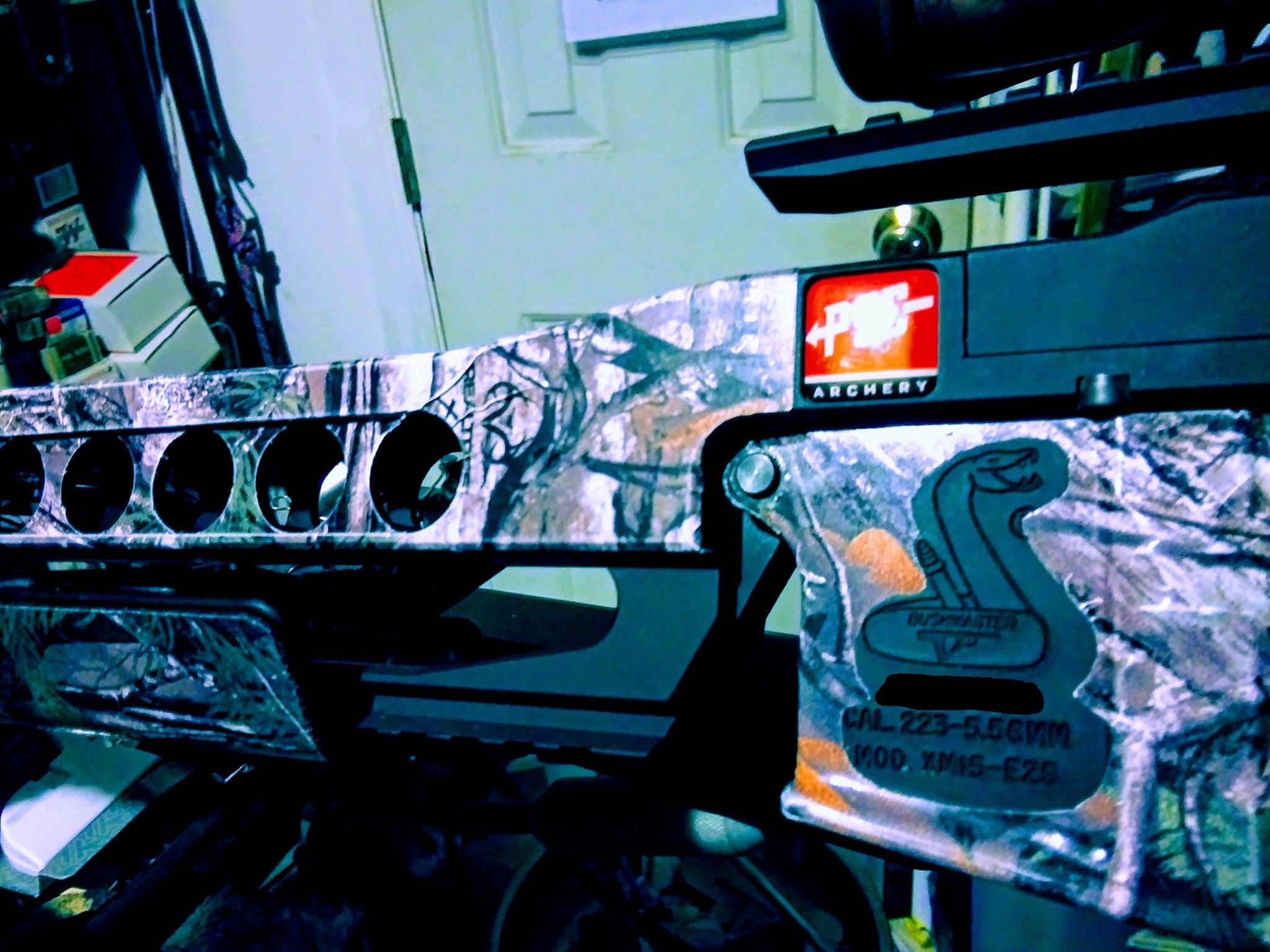 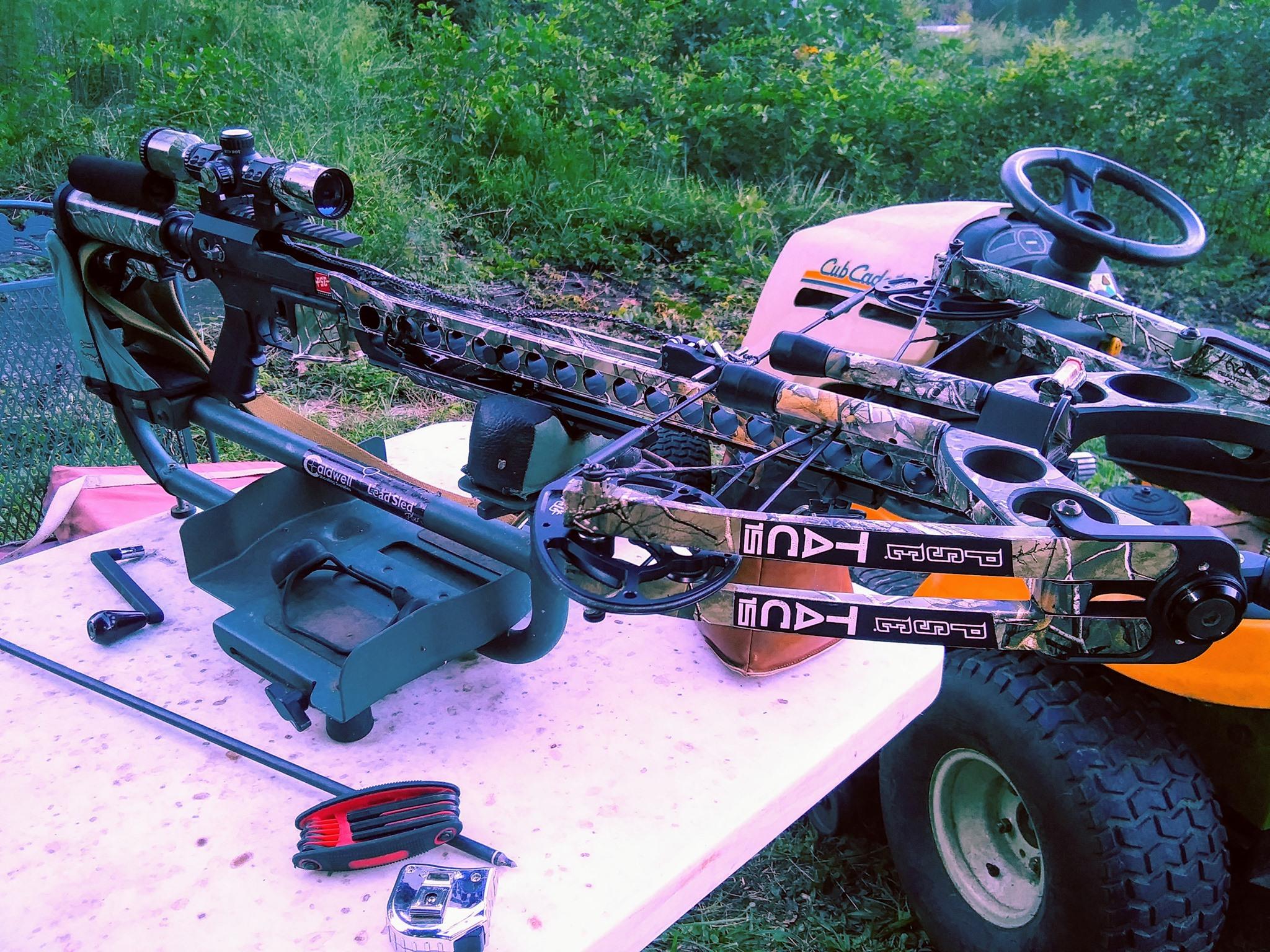 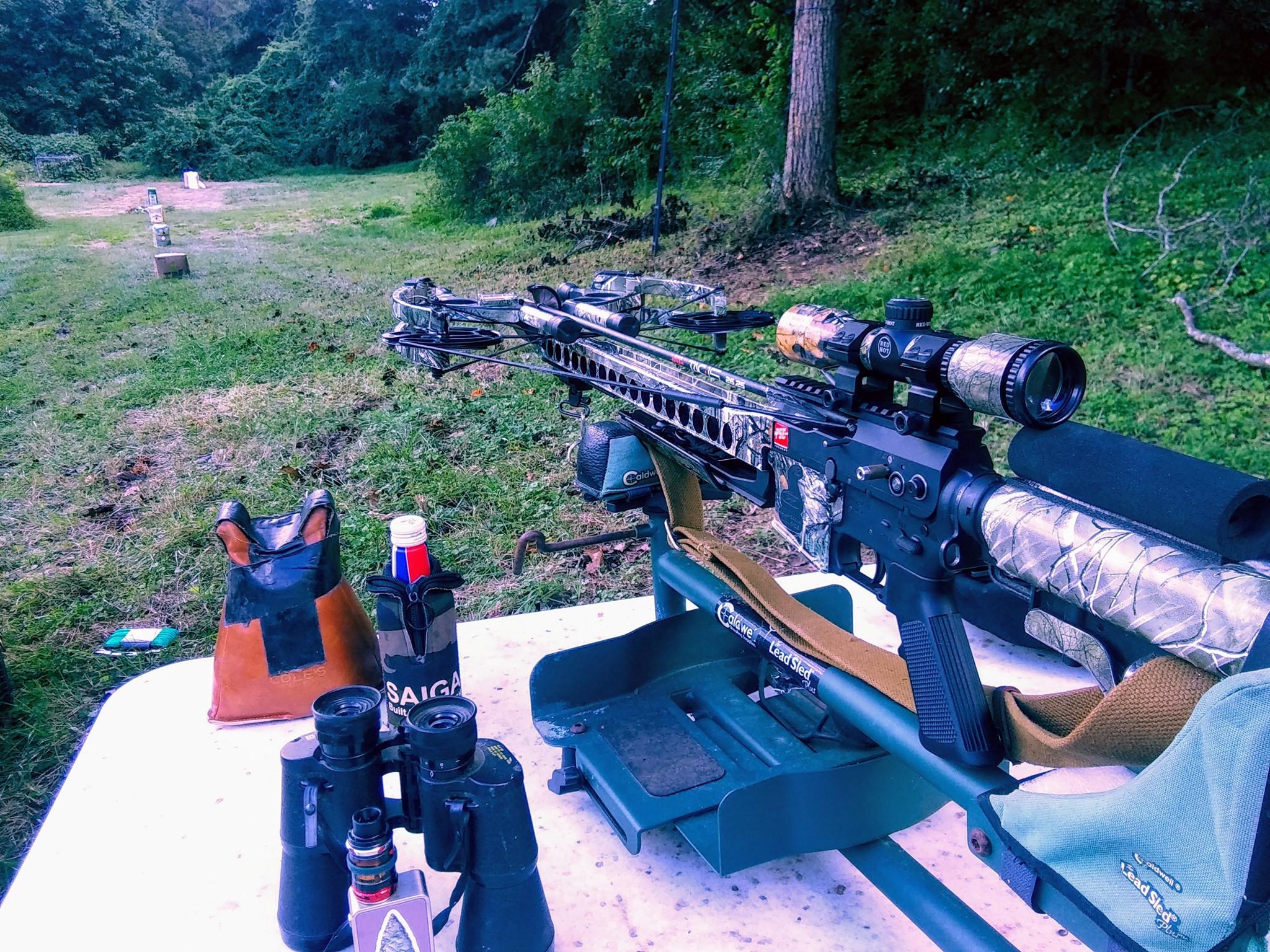 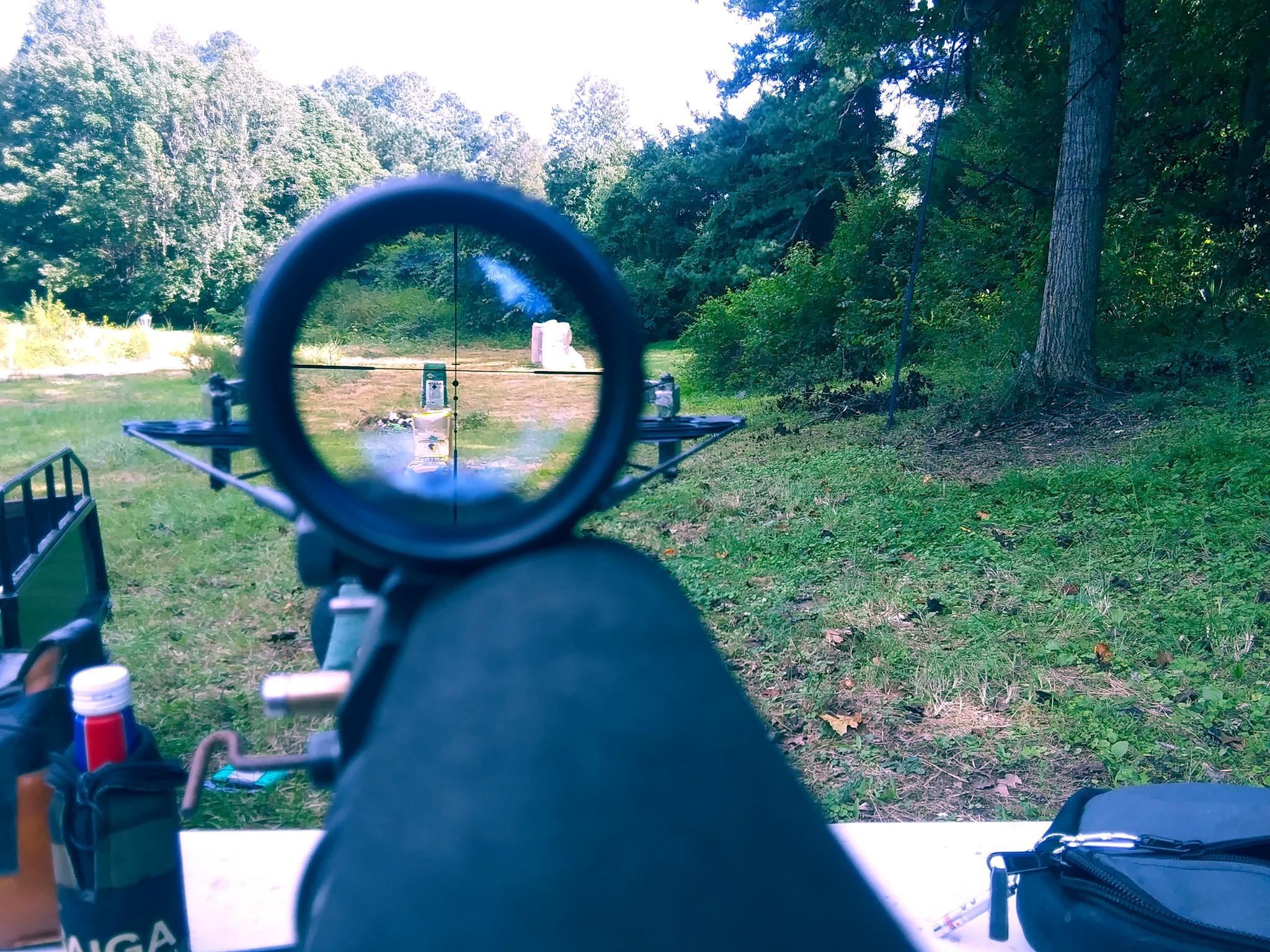 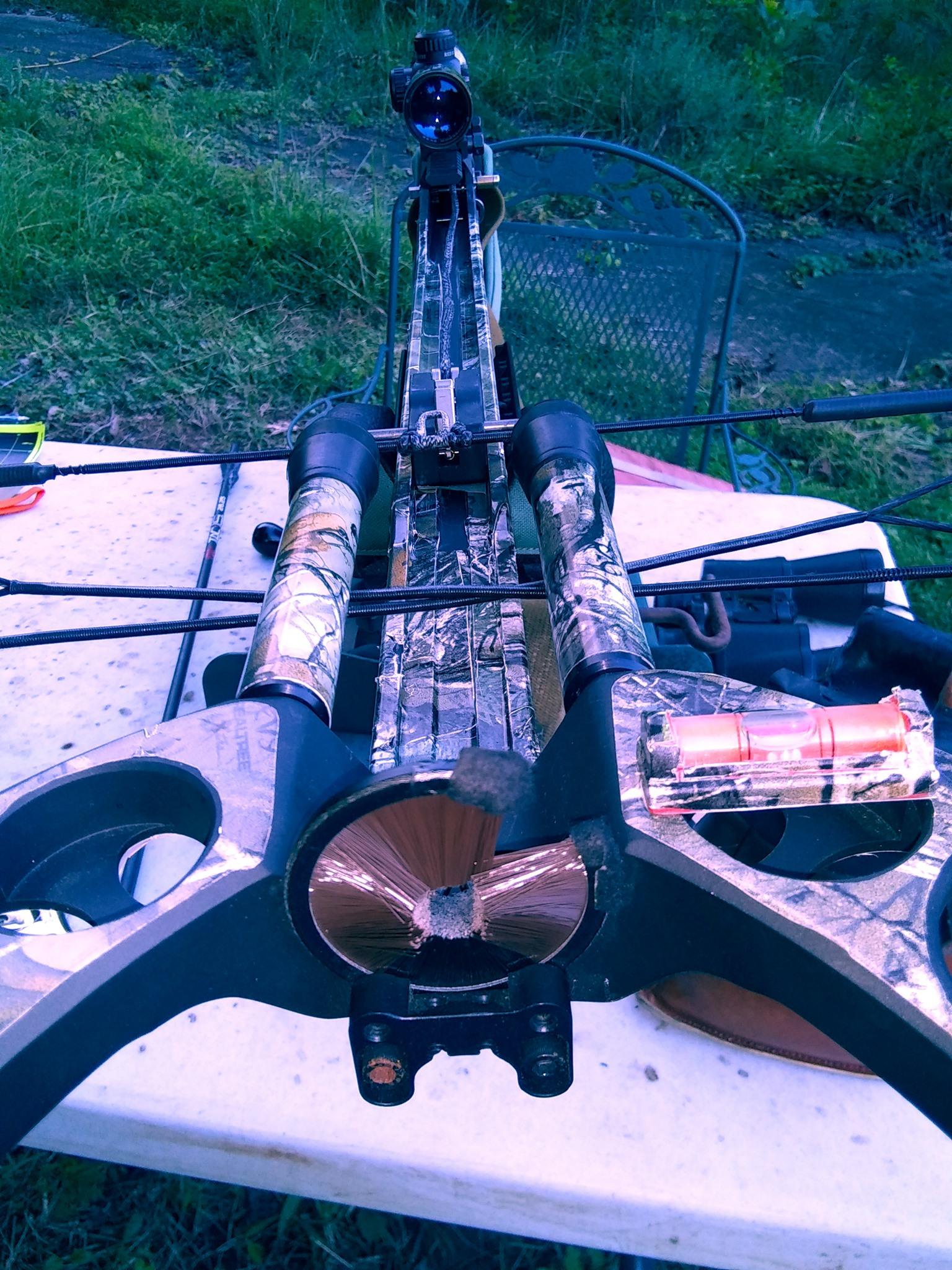 Your knock loop is obviously too far to the right in the one pic just rotate it round and round till it comes back left and centered.
T

1Westie said:
Your knock loop is obviously too far to the right in the one pic just rotate it round and round till it comes back left and centered.
Click to expand...

No...read my post. I wish it was that simple. It was centered and was shooting very accurate, until the last shot fired. It actually shifted that much.
You must log in or register to reply here.