Outdoors and The Corona Virus!

CaptnC said:
These are tests to see just how programmable we a have become!
Click to expand...

I think you are more on the right track here than you know..

I love the activists.

I have several family members in healthcare. It's a bad flu, nothing more. Most people get it mildly and recover.
As many as 80% of people infected by this coronavirus suffer mild or no symptoms. https://www.startribune.com/u-mayo-ready-covid-19-antibody-tests-in-minnesota/569233992/ 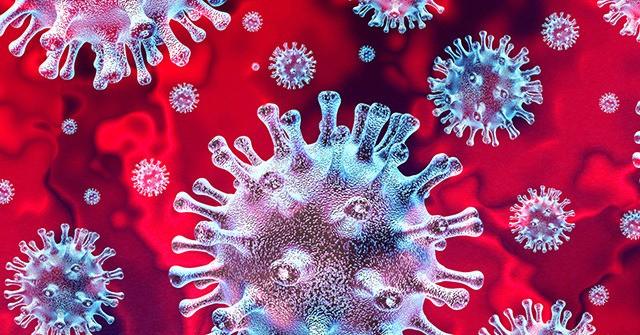 CA Study: 50 Times More People Than Projected Have Had Coronavirus

A Stanford study of blood tests from 3,000 volunteers in a California county showed 50 times more people had coronavirus and are now immune.

far more people have had it, meaning that it's far less lethal than the extreme reactionaries suggest.


similar tests have come out of Italy, where everybody who falls down the stairs or gets hit by a car is classified as a coronavirus death.
Last edited: Apr 19, 2020

26Reload said:
Actually the evidence of mans influence comes from "the host or what we are being told was the host"...
A bat inside their testing compound that supposedly bit one of the workers in the lab.....Zero.....
Click to expand...

nobody believes that Chicom coverup story anymore, not least of all Trump and the intelligence community. They were running experiments on coronaviruses at 2 level 4 testing facilities that were located at ground zero for the outbreak. The wet market excuse was pathetic to begin with. China developed it in a lab and it either accidentally escaped (because China is criminally incompetent and disinterested in any effective safety protocols), or they deliberately planned it as part of the economic war that they officially declared against the US last year.

Plus just look at all the Chicom doctors, reporters, and other whistle blowers that have come up missing. That's just how they do it over there. And agree, no one believes a thing they say any more. The WHO should be totally redone.
P

CaptnC said:
IMO...it was done by China with intent. It's too convenient it just naturally, over night evolved to jump to humans! I believe in evolution, it's been documented birds have been carried to islands and they changed slightly over long periods of time!

We shall see if Texas has a huge "spike" in cases of the China Virus. After our governor announced we are going to start "Phase 1", traffic on the streets has jump 1,000 fold! I'm doing some remodeling at my M-I-L house and we have been seeing about 25% of the normal afternoon traffic. Well this afternoon it was closer near normal traffic on the streets!

I have a buddy that is into conspiracies, he keeps me up to speed on the latest "scoop". I tell you there are too many coincidences for there not being something to a lot of it!

The radical left gaining support of the American people is crazy to me, but gentlemen it's real! If you can't see what they are trying to do in Michigan...you need to pull your head out of the sand!

These are tests to see just how programmable we a have become!

My life revolves around the outdoors so I have not been affected much by this event. I'm still hunting and fishing when I want too.
Click to expand...

Sir, I dearly love the outdoors too and I too have been blessed with the opportunity to not be in a close-quartered living situation. I am, as far as I know, healthy and virus-free, and I hope you and yours are as well.

I agree with you half-way; that this is a test. I wouldn’t say it is a test by politically-inclined humans, though both sides seek an advantage.

I believe it this is a test of our humanity and common bond. From what I’ve seen, this virus cuts across all races, religions, nations. It does, however, discriminate without the slightest compunction against our elderly and infirm, and a smaller percentage of our young and healthy. And that is if you define “elderly” as over fifty.

It’s a virus. It’s a hard and stubborn enemy, but not an intelligent one. It has no brain, no soul, not intent. It’s not even inherently evil. It’s just a thing. Like a hurricane or an asteroid. And we are best served here by doing what trained scientists tell us to do. And that is social distancing, isolation, and hand-washing. And, when we must go into areas where lots of other humans are, e.g. stores, then wearing masks and washing/ sanitizing afterwards.

Speculating and blaming is so easy. Presenting evidence and proof, well, that takes real work.

It’s a virus. It happens on planet Earth. I encourage you all to follow the real science.
P

Trump; TRUMP, declared a state of emergency in all 50 states. Is HE, to your thinking, an “activist?” We’d all like to know.
P

All I can say to my friends here is, please, follow real science. Not speculation, not politics, and most certainly not fearful conspiracies! Opinions are so easy to find and follow. Hard science is the way through this.

(Hard to believe this message could receive any resistance in what is basically an applied engineering forum.)
Last edited: Apr 19, 2020
P

All the news I've read says it wasnt man made, that it occured naturally, and jumped from animal to human, but all that happened in a chinese lab and instead of containing it, they covered it up and let it go global. I certainly have my own conspiracy theories which I think PERHAPS COULD be possible but I'm not gonna spew them around in public as if they're fact. I definitely plan to limit "made in china" purchases after this cuz I'm willing to put my money where my mouth is and spend a little more...are enough people around the world willing to do the same? Quit rewarding bad behaviour just because it's the easy or cheap thing to do, and quit spreading theories as fact, it benefits nobody.

CVCOBRA1 said:
Plus just look at all the Chicom doctors, reporters, and other whistle blowers that have come up missing. That's just how they do it over there. And agree, no one believes a thing they say any more. The WHO should be totally redone.
Click to expand...

Reminds me of the Clintons! What party are they in? Oh yea the one that wants us locked down and seems to side more with China than they do with our economy.

RockyMtnMT said:
Reminds me of the Clintons! What party are they in? Oh yea the one that wants us locked down and seems to side more with China than they do with our economy.
Click to expand...

Ok, we all know the virility of this virus but that is still not that issue that so many commenters still do not understand at all. You cannot make arbitrary nonsensical decisions based upon personal emotional responses like the incompetent governor of MI has been doing. The highest risk for conveyance is at the grocery store but all you hear is crickets from our leadership. If you are willing to shut down boat launches, home stores, landscape stores etc. but not willing to mandate PPE for ALL people in a store where millions are potential at risk then all I can say is you will not see another term or maybe not even finish this one if we are successful in recall. We can still live protected lives if we take the necessary precautions. If you believe there is no other way then shut the country down COMPLETELY for 3 weeks and arrest those that violate the order. Is that what you want? Oh wait, that's what China did. But those who violated the order there may not be so lucky to be just arrested.

Lastly, I've seen enough around me to know the social distancing for some folks does not include children's friends, boyfriends, girl friends or other non household family members, inside contractors and so on. Our country allows freedom of choice and sometimes choice can be debatable unless you live in MI.
C

I agree with you 100% and I'd rather go fish or hunt safely and limit my contact, than get breathed on by joggers at my local lake park.

I see a bit of a conundrum though... many of those that are protesting these laws as against our liberties, are the same exact folks that want zero regulation of our industries for the same reason, something that China has always done and we all see what that path does to making a country filthy and without breathable air. On most issues, I believe there are too many Americans whose opinions are based on which way the wind is blowing or in this case, who the bug is infesting.

In the end, you are right, we have to think for ourselves vs having somebody else tell us what to do.

I have never met someone that thinks there should be zero regulations on industry. That is the same kind of propaganda the left puts out like you can mail order a handgun and it will show up at your door.