Have y'all ever seen this? I mainly shoot Nosler 210 LR Accubonds ammo for my 300 RUM but had some 180 Etips leftover to shoot and thankfully looked at this round before I loaded it. Looks like the neck is split. I definitely did not fire this round. 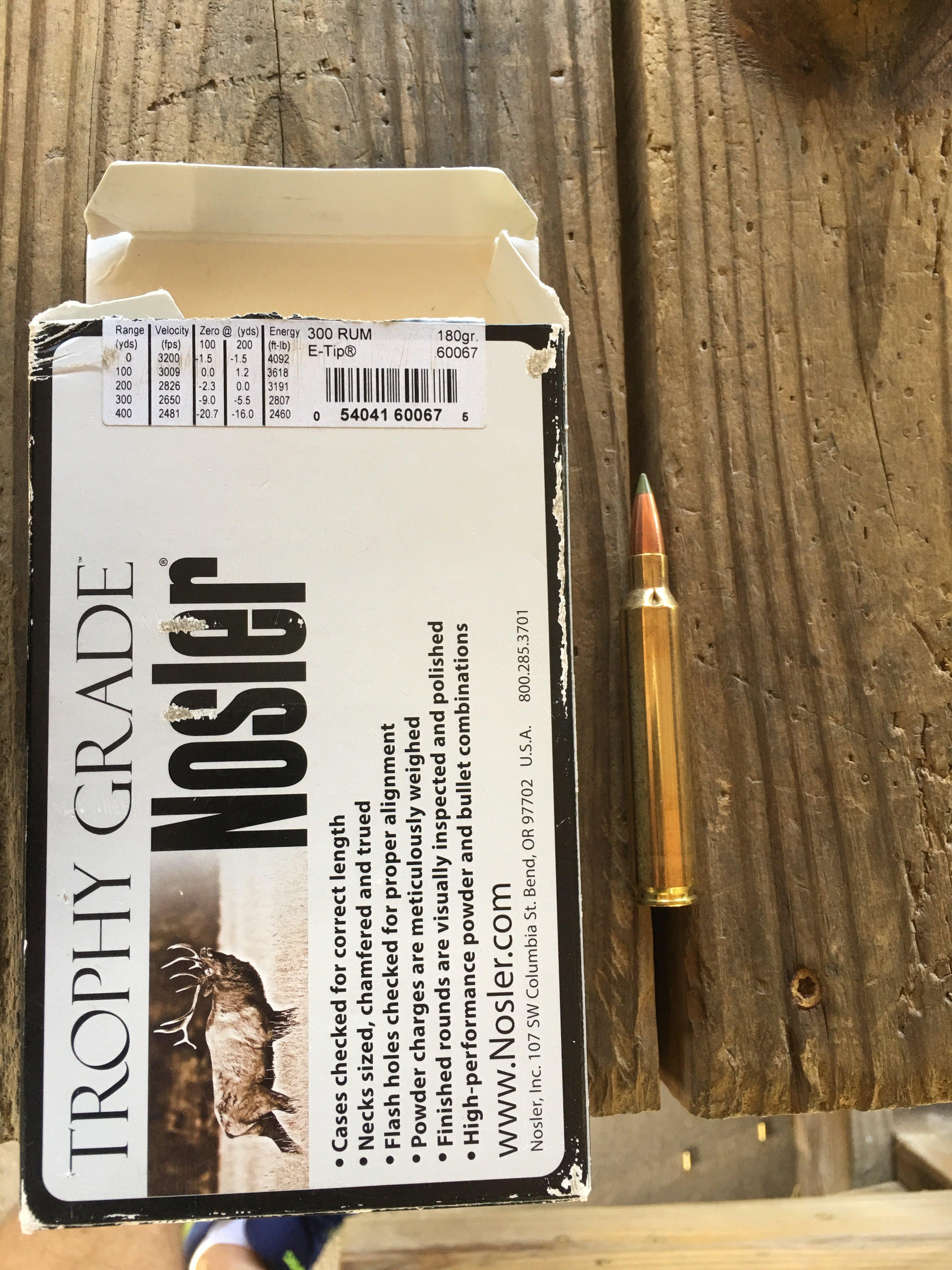 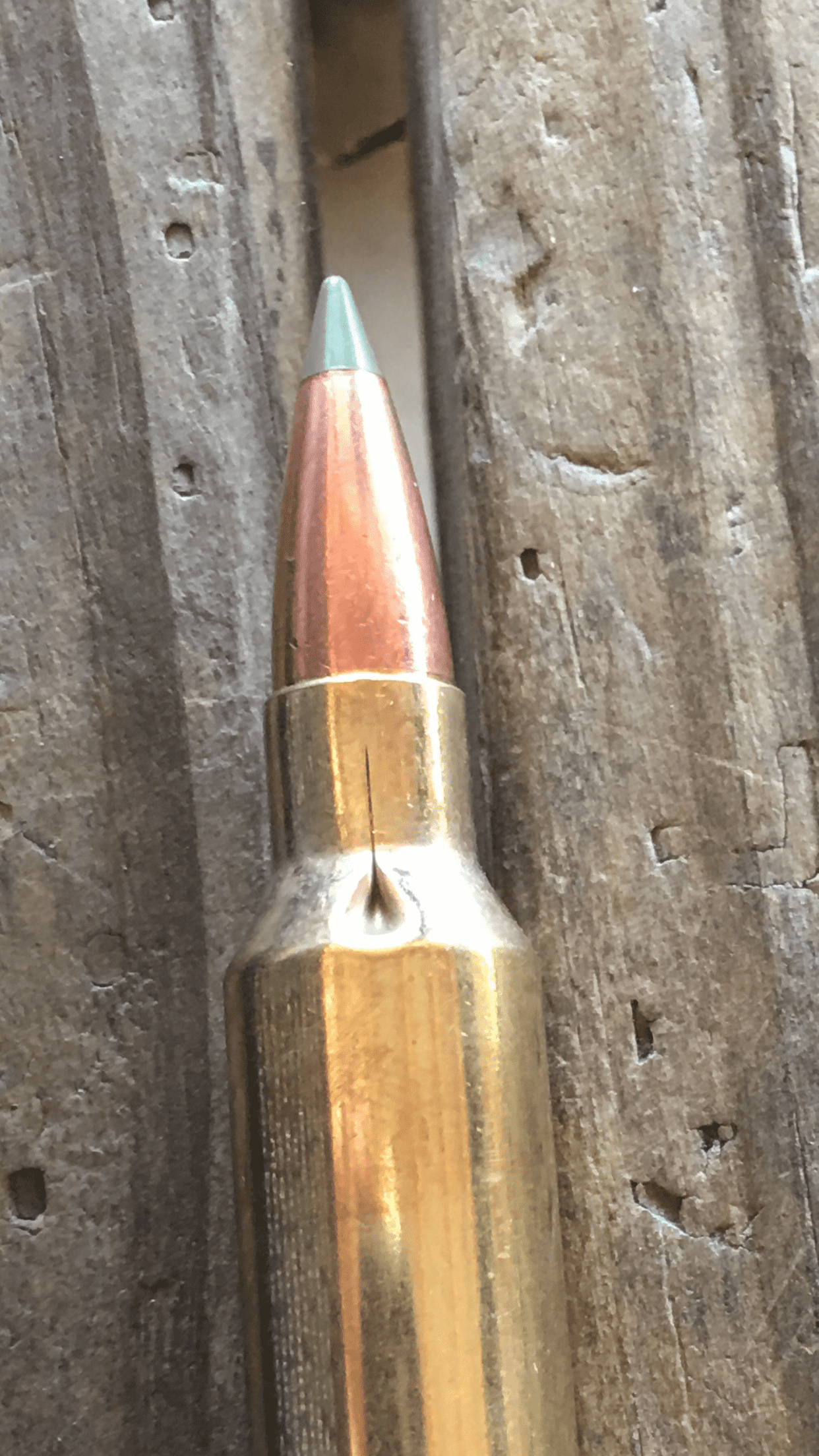 looks like there was a malfunction in the forming process which caused the case to buckle and pocket instead of necking down properly.
P

Glad you caught that by visual inspection. Results could have been very nasty if you had attempted to fire it.
J

Contact Nosler, they will want the batch number off the box. They should replace it. I've seen this with handgun ammo mostly and two bulk rifle cases both Winchester and Remington.

I sent Nosler an email with the lot #. I figured they should be aware but I didn't get a response.

Because it was forward the shoulder, you probably would not have even noticed anything had you fired it but the case is ruined.

A good example of why you should examine every round before you load it.

Send that picture to Nosler and they'll probably send you a gift certificate for a replacement box or maybe send you one directly.

Just be nice about it. They load millions of rounds every year and nobody's QC is perfect. You're going to occasionally get a bad round from any manufacturer if you shoot enough factory ammo.

Very true... I can't tell you how many rounds I've fired and this is the first bad one I've found. I definitely going to pay more attention to each round from now on.

I had contacted Nosler but no response so far. I sent them lot number also.

DoubleGobble00 said:
Very true... I can't tell you how many rounds I've fired and this is the first bad one I've found. I definitely going to pay more attention to each round from now on.

I had contacted Nosler but no response so far. I sent them lot number also.
Click to expand...

Give their customer service people a call. I had a bad batch of 7mm Stw ammo from them years ago with a bunch of blown primers and crazy ES and they replaced 2 boxes with 4 boxes from another lot and didn't even ask me to send them the evidence, just the pictures.

Giving up the brass at that time would have been a deal breaker for me.

It happens. I had something similar on a hornady 270 round a couple of years ago. Halfway through the box I noticed the bad case. I called them and they sent a new box of ammo and return shipping label for the box with the bad round. May try calling instead of email.
B

I got a couple boxes of M855A1 military ammo for testing last year. What came out of those boxes was shocking. Necks look like they were crimped with channel locks, asphalt oozed out of the necks, bullets malformed, penetrators wobbling, etc... Then when I shot it the stuff had SD's over 70fps and made zero groups smaller than 4" @ 100yrds. I was horrified thinking we were issuing this kind of garbage to our war fighters. Later on in the year I was at a US military base to watch a SF 3-gun match and they were using all M855A1. I took the opportunity to inspect a bunch of it and it was all as one would expect, properly QC'd. They all screw the pooch once in a while I guess.
M

Heavyiron said:
Glad you caught that by visual inspection. Results could have been very nasty if you had attempted to fire it.
Click to expand...

I doubt it would have caused any problems. The shoulder would have expanded to seal off the burning powder. I split a lot of necks in a 338 lapua I had using crap hornady brass loaded only 3 or 4 times. They fired fine and were even somewhat accurate still. Even the factory lets rejects out sometimes although I do think nosler should replace it.
Share:
Reddit Pinterest Tumblr WhatsApp Email Share Link