New here. Some hunting pics from the last couple yrs.

My wife with her first bull from her very first hunt. 842yd shot 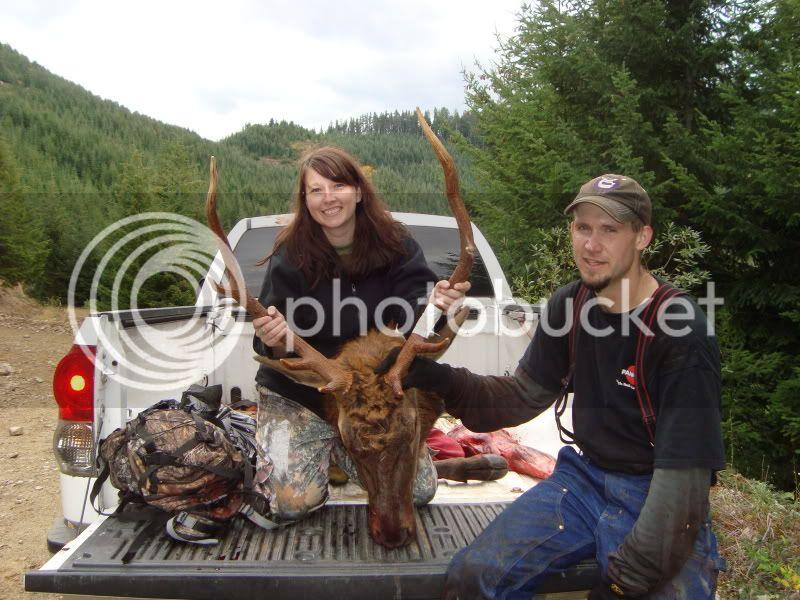 A good friend and myself with his bear. Forget the exact number but it was 640 something yds. 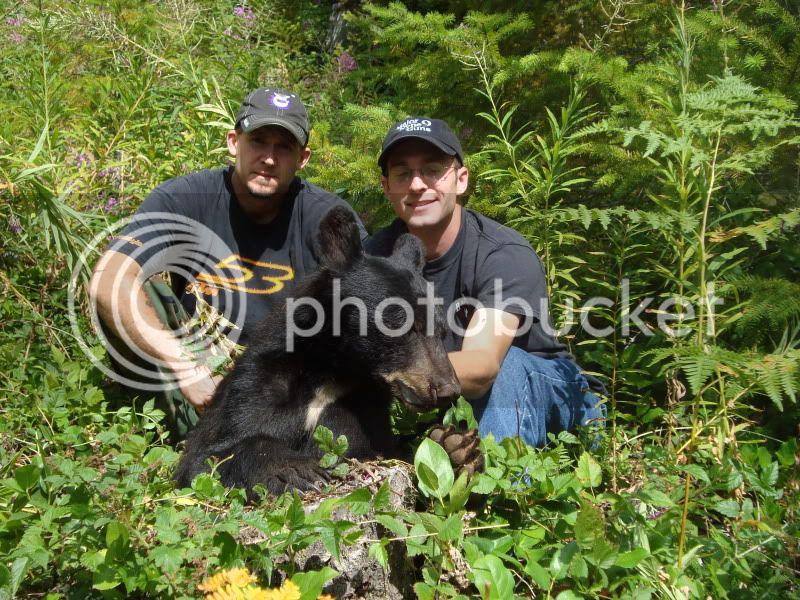 Blacktail I got two yrs ago at 719yds 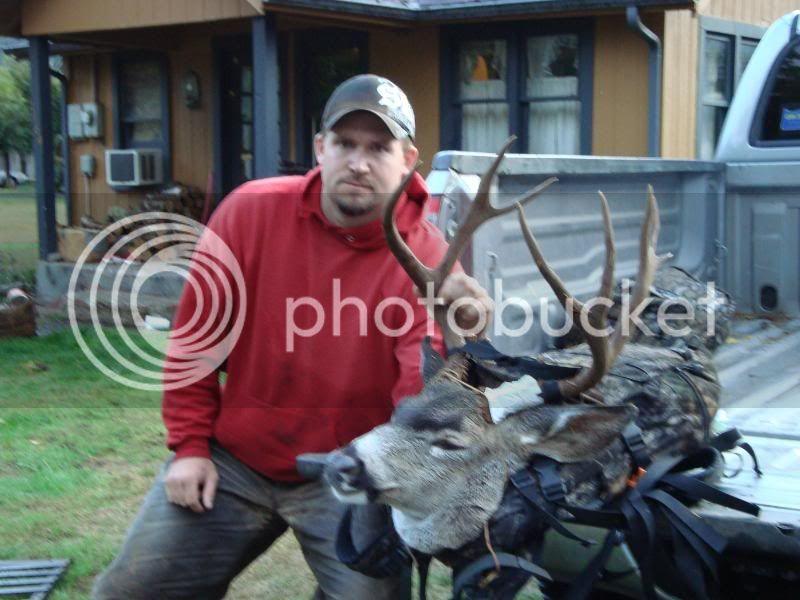 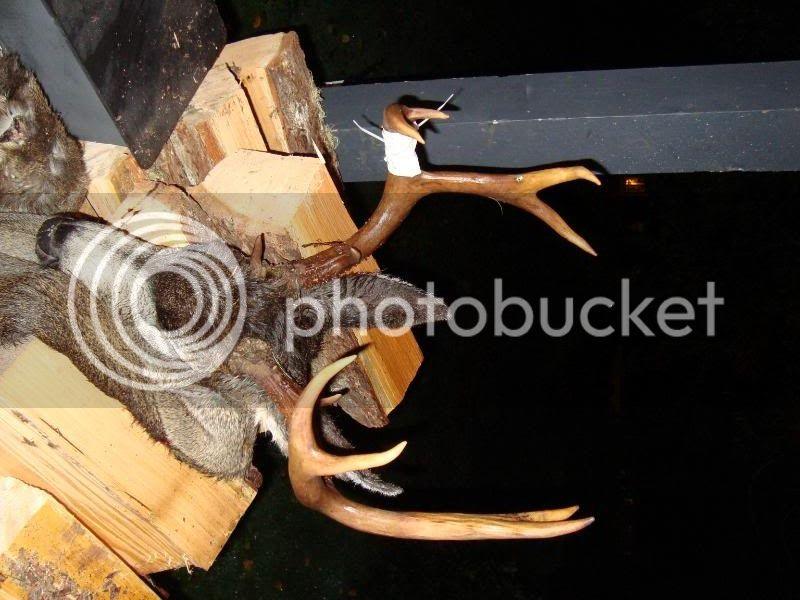 Goat from 460 something yds 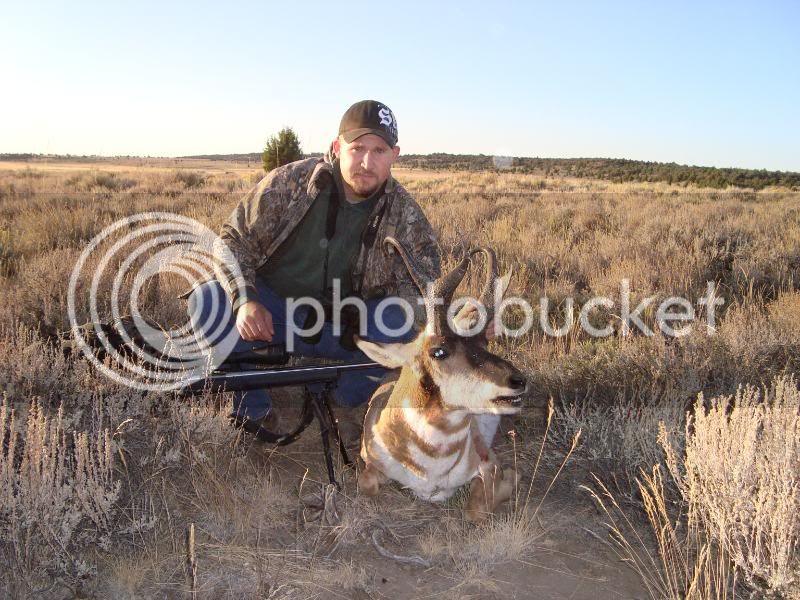 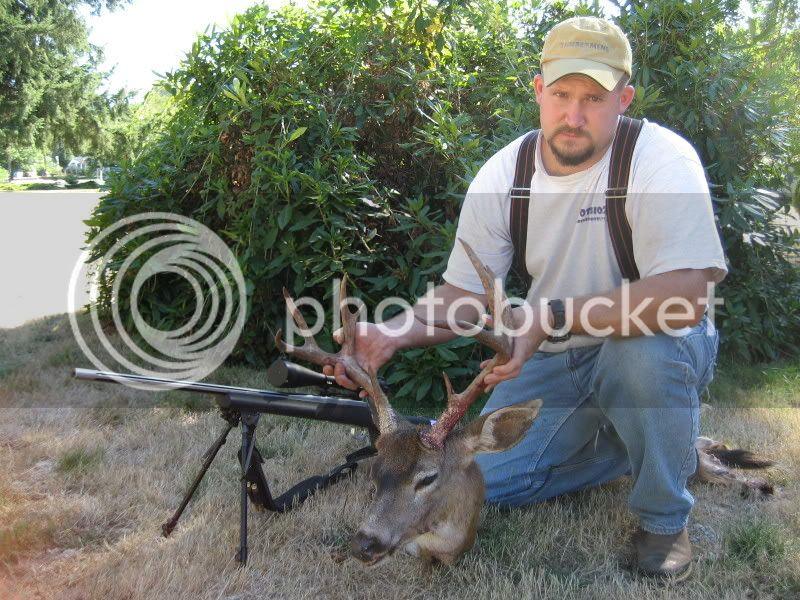 My daughters buck she took from 384yds 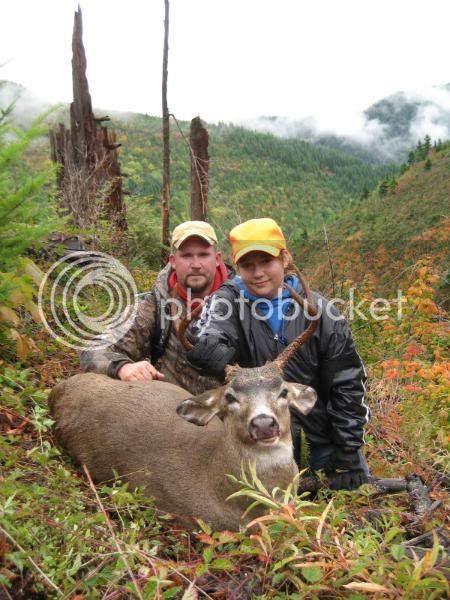 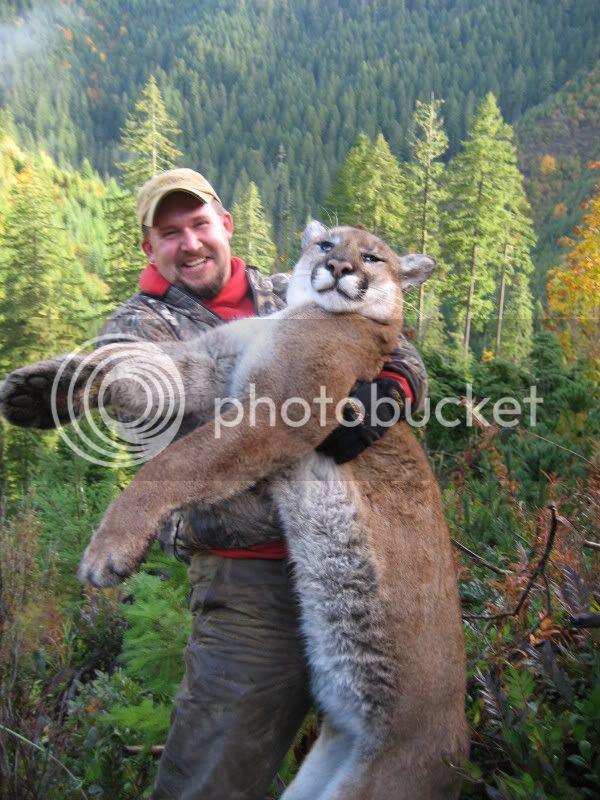 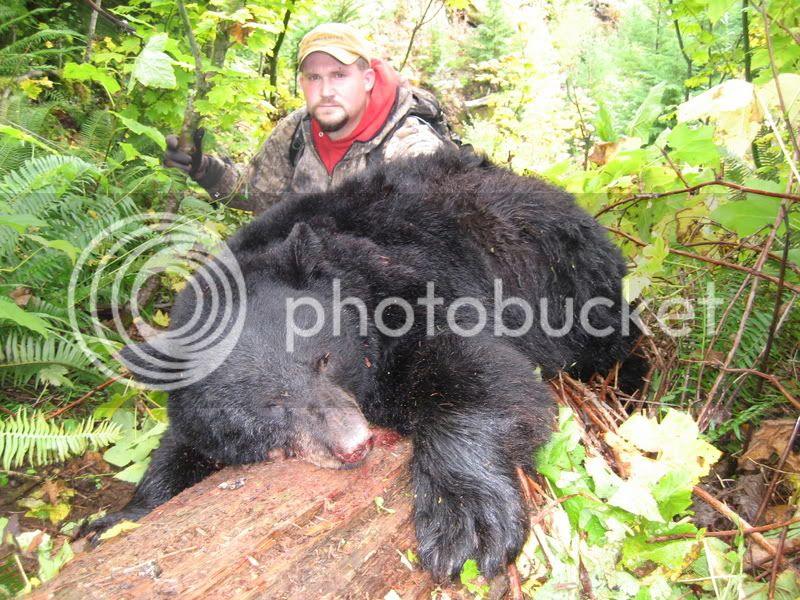 360 something yds
All of these were taken with my old sendero 300rum and a Mark 4 with the exception of the cougar which was taken with a friends GAP built 300rum. This year I'm trying out a surgeon 338 lapua with a nightforce. Hopefully, I'll get a chance to see how it does on game. I'll be taking it on its first hunt at the end of next month in Tx.
B

That lion look like it was fair sized! Great pics!gun)
J

I didn't have him officially scored but measured the skull myself after 60 days and he should have been the 7th largest for Or. and 137 for B&C No skill involved in the hunt, though, to be honest. We knew he was there but never thought we'd see him. I'd filled all of my tags and took a friend up to whack a monster buck I'd been seeing. After a short time glassing, my friend said that he saw a cougar. I told him that I had a tag and would shoot it if he let me use his rifle (I had no tags so I didn't bring one). He handed me his RUM and ranged it for me. It was all uphill from there.....literally. lol Luckily, my friend may be small in stature but he's a packin machine.
W

Very impressive! anyone that can hunt the west side or Oregon or Washington, and pull trophies like those, KNOWS thier stuff. (I feel so less manly now) I ve never got anything that I would want to share, while hunting over there. Very difficult and NOTHING like hunting where Im from. Nice job,Thanks for sharing that it IS possible to be successfull on that side. Hats off to you
J

Haha, don't feel bad. You put me anywhere else and I'd have to hunt for my butt with two hands and probibly still couldn't find it. lol I've never taken a muley buck and have wanted to for awhile now but, when I get on that side off the hill, it all looks the same to me and I don't even know where to start. I just feel fortunate to live close to the woods and be able to spend so much time up there. I've found that, if I sit there long enough, sooner or later something dumb enough for me to get will walk out. Here's a pic I took the other day while out getting my lapua ready for Tx. Its an area that I normally hunt.

Awesome trophy pics and from what I can see of that last pic you got a sharp looking rig, how's it shooting for ya.

Nice Shooting!!! Hey, am I the only idiot that hasn't figured out how to post pics on here yet???

Love the pics, keep it up!
J

That rig is my new surgeon 338 lapua and I absolutely love it. It almost feels like cheating. lol Here's a 3 shot group I shot the other day at 663 yds in hunting conditions (an actual area I hunt) shooting off the bipod.

It'd do better with a better rest in better conditions but that group is just under 4"
This is my youngest with her doe from this year. She filled my tag with the mentor youth program. My girls trophies are bigger trophies to me than anything I've ever taken 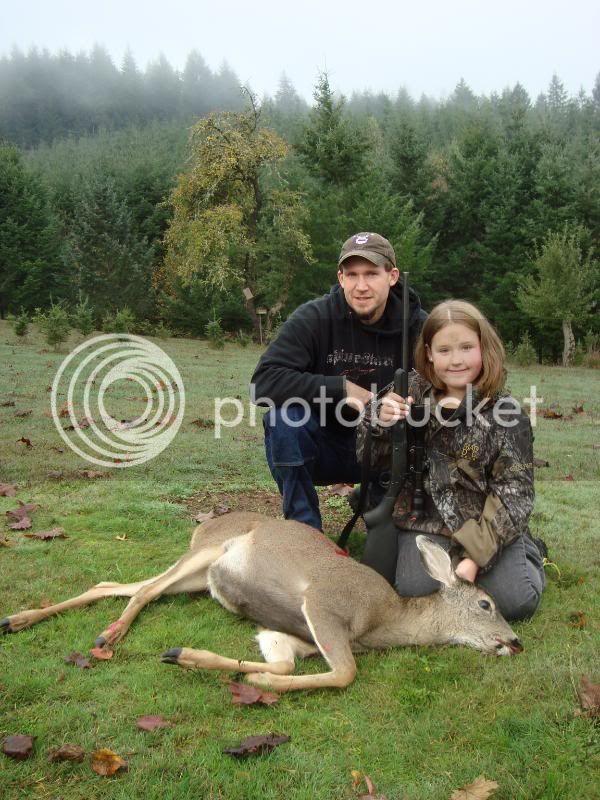 This is my oldest daughters first deer. 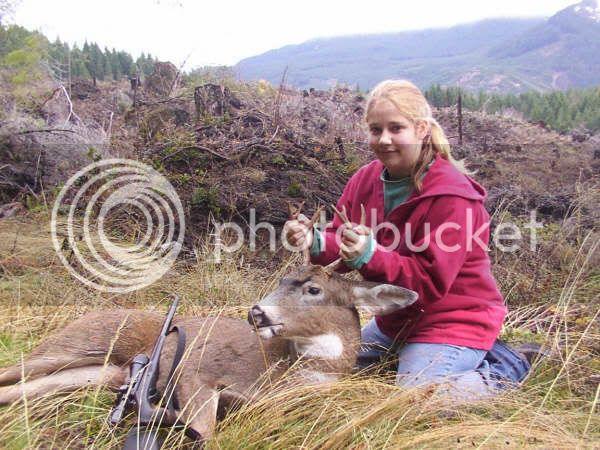 My Dad had not elk hunted so I took him to get his first bull on the first morning of his hunt. I sure miss him and wish we'd have gotten a few more hunts in. 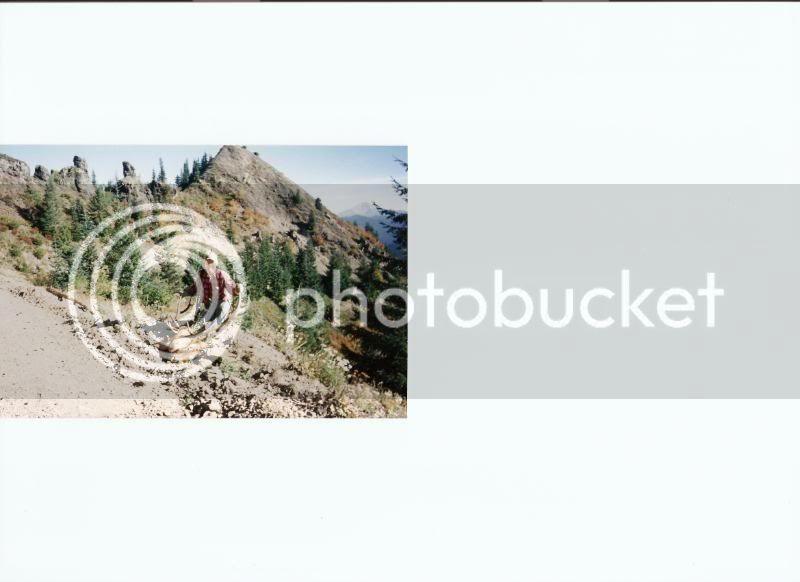 A bull I got with a bow 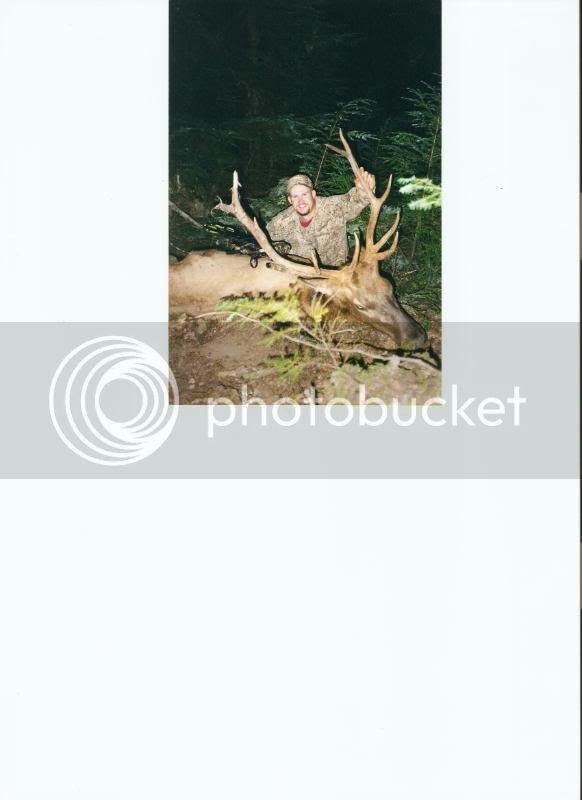 Another bull I got with a bow 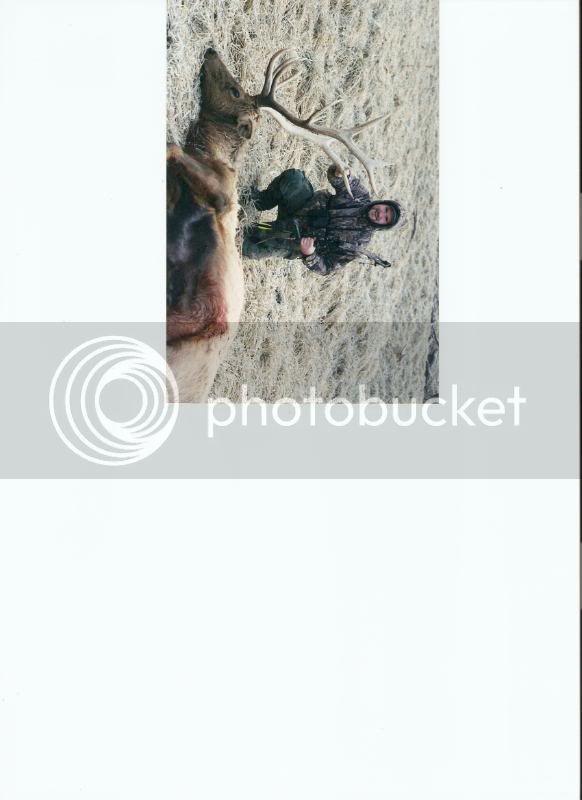 20yr hunting partner and great friend with a bull that my daughter and I had scouted out. Was a great hunt and I got to watch the whole thing up close. 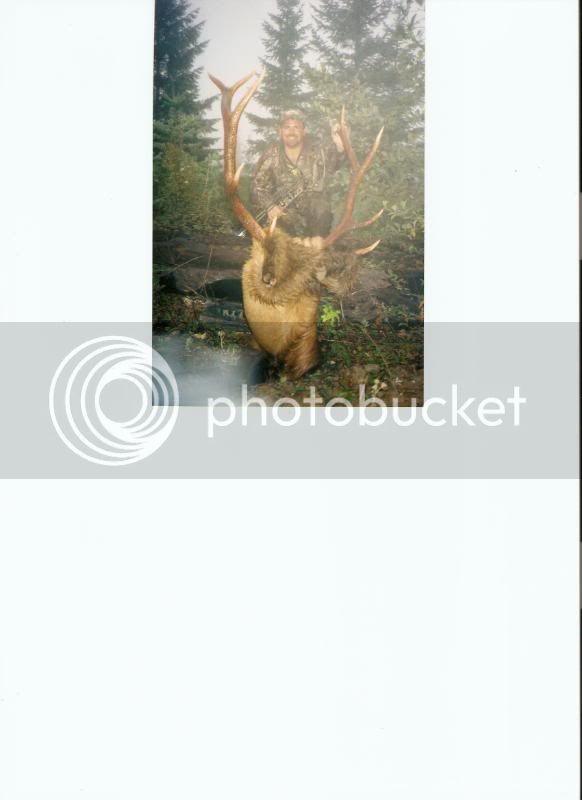 That last pic goes with Winmags post in that my friend had moved from here over to the east side shortly before the hunt. I had already filled my tag and he called me up to say that he was tired of hunting the "desert" and for me to go find him a bull because he'd be here the next day. My youngest and I ran up to a spot we hunted and spotted this bull across the canyon bugling. Watching him all evening, we also saw/heard several other bulls. In the morning, we decided to work on a bull that was lower on the hill but he ended up whipping us.(as usual lol) After that, we spotted the bull again and decided to work in on him. When we got close, there were two bulls bugling but neither would budge so we headed down the hill. After several set ups I caught up to my friend and he said the bulls at 111yds bedded with a hot cow in front of him so he's not moving. I asked why he hadn't gone down and shot him and he replied, "I figured you wanted to watch". (of course I did) We got a game plan and since there were 5 bulls and several cows nearby, we waited for the fog to move in and he slipped down to the designated shooting spot. As the fog lifted, he didn't shoot. Then it dawned on me that he wanted the bull to stand so I bugled. The bull stood and took one in the boiler room. Immediately at the shot, I bugled again so the bull just stood there looking for me. He shot again and I bugled again. The bull took a couple steps and kept looking for me. Another shot, another bugle and the bull turned 360 and still stood. One more shot, one more bugle and the bull just stood there intent on finding me. I looked down the hill and put my hands up to ask what was up and my friend hollered "I'm out of arrows" lol 4 shots on the money and the bull layed right there. I'd have given anything for a video camera on that hunt. Truly one to be remembered. Well....except for the pack out because I remember that all too well. Straight up!!! lol

Great pics and thanks for posting. Always great to see. Hope that new cannon works out well for you on the TX hunt. Be sure and give us a report.

Too cool! Hey, a couple of those pics dont resemble the west side. Looks like you can get it done about anywhere. Great pics and stories.
C