I dont have one so I cant say for sure. Hornady says COAL for 105s is 2.885, AICS mags accept 2.880. I dont see why a smith couldnt shorten the lead up a touch, maybe extend the feed ramp a bit, but you would have to talk to a pro about that. Itd be an awesome flat/lr coyote round.
M

Nevermind, didnt think about the depth of the bullet base.
E

Ok for the time being I’m going to do 6mm creedmoor I can get locally a prefit barrel for $300. I’m thinking 6creedmoor and shoot 87-95g bullets. What powders and speeds would I get with a 24” barrel roughly?
S

I use a 240 WBY with 105g HPBTs at 3250fps. Makes pretty short work of them, even with marginal hits. Which would be something to consider at long range since they are so small, and always making a perfect shot on a 4" target past 600 yards in field/hunting conditions is pretty tough honestly.
B

zr600 said:
Ok for the time being I’m going to do 6mm creedmoor I can get locally a prefit barrel for $300. I’m thinking 6creedmoor and shoot 87-95g bullets. What powders and speeds would I get with a 24” barrel roughly?
Click to expand...

There are many good powders to choose from for 6mm Creedmoor. Currently I'm using Superformance for my heavier bullets.
D

Z-sounds like you're on track, I'm a bit late to this party. But back in the day when I was a fiend for coyotes I had a similar discussion with a old govt trapper that I knew. He encouraged me to go Big 6, I did and I never regretted it.

Long and the short, I went 6/06 and it absolutely crushed yotes! Even on marginal hits that the dog would be whipering and bitching and moaning when hit with one of the .22's the dog would hit the turf darn quickly.

IMO, the seirous dog rifles begin with the Big 6's.

If, you decide you want to go for some pelts ( I did from the end of our big game season to the end of January) then I went to the 55 NBT. It blitzed along quite well, though it wasn't the best as ranges went long.

99% of our killing though was sub 500 yards. The longer shots were fun, farthest we went was 634 on a dog that just sat and barked at me

Best of luck to you! 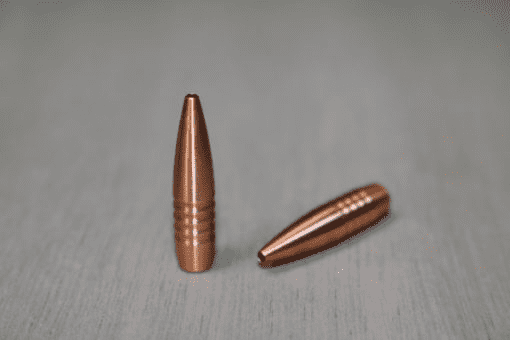 These could well do good for being fur friendly, naturally as long as you stayed off bone...
Z

Just so everyone knows I just pulled the 22-243 barrel off my savage and put it on my bighorn action and I’m going to keep shooting that barrel till it won’t shoot. Then I believe I’m just going to rebarrel it with a 1.8 twist Brux number 5 with fluting and chamber it in 22-243ai.
R

Does it take fire forming and neck turning? And how long do the brass last? That must be similar to a 22-6mm ?
Z

Yes it does take fire forming. No On the neck turning, I would imagine very close to the 22-6mm. Not a big deal though my cousin has one he owned the reamer for. The fireforming loads are very accurate. Will use lapua brass when I change to the 22-243ai. Brass will last like any if using quality brass, just depends on how hard you are pushing it.
Last edited: Nov 15, 2020
You must log in or register to reply here.