Hey guys I bought 5 boxes of 300rum from a local add. All factory loads, I can't find the ballistics on some of them. Here is what it is:

I have searched and can't find the FPS on the 200gr or 165gr...help point me in the right direction please!?
M

if it is in fact factory ammo, the factory websites list some data. at least MV, or call them.
D

Ok I'll try giving them a call. I looked online at their websites and they didn't list them...even for sale anymore. Could they be discontinued? Here is part of the box that was cut off and stuck in the ammo box with the rounds. 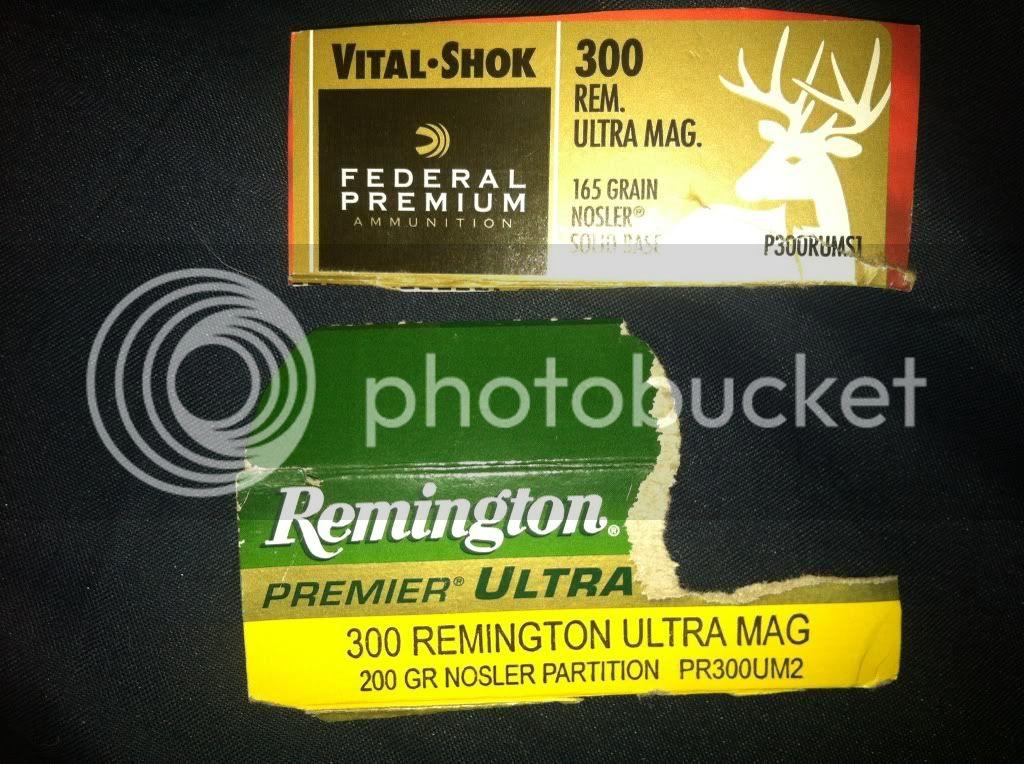 Get a good chonograph and measure the velocity from your rifle.
Getting the correct velocity from a factory inscription can only be right by chance.
C

Both of those loads are no longer manufactured. You might be able to find older ballistics charts for Federal and Remington that would have them in full detail.

I found one Remington chart using that same product code, but they'd changed the bullet to a Swift A-Frame 200 gr. I couldn't find a chart for the NP, but I know they did exist...

The Swift round ballistics were listed as follows:
(Values from Muzzle to 500 yds.)

I found a comment by a shooter who'd chrono'ed that Remington 200 gr. NP load. He said he was getting 3190 fps MV consistently, which sounds mighty stout for a factory load. It could be true though. Several years ago Federal was also loading up some mighty hot ammo that they've since taken off the market. Nosler's website says that bullet has a 0.481 BC. You could plug that BC and Velocity into the Ballistics calculator above and get a good rough estimate of whatever you want to know.

There's a discrepancy between Remington's BC data for the 200 gr. Swift A-Frame.
Remington says it's 0.395; Swift says it's 0.444. I called Swift about this one time, asking about my .300WM load. They swear their BC is a true 0.444. Remington gave me a wishy washy reply to my e-mail question about the discrepancy, but said their bullet was the same as in the Swift catalog, except theirs has a custom cannelure position. There are a few different methods of determining BC, and word on the street is, bullet makers often use the one that gives their bullets the highest on paper, not necessarily most accurate.

I found your Federal load listed in their 2004 ballistics chart with the following info:

Again, you could punch some of these number into the G7 above to get the full, long range estimates, but like the other members said, you'll never know how they do in your gun without a chrony. Knowing in your gun could be the difference between kill, miss or needless nasty wound at longer ranges.

Thanks for that reply! Just what I was after
D

Beng said:
Get a good chonograph and measure the velocity from your rifle.
Getting the correct velocity from a factory inscription can only be right by chance.
Click to expand...

I will do this for sure! I got a couple hundred rounds divided among 6 different loads...need to see what my 26" Remington 700 likes the best. Ranging from 210gr - 150gr 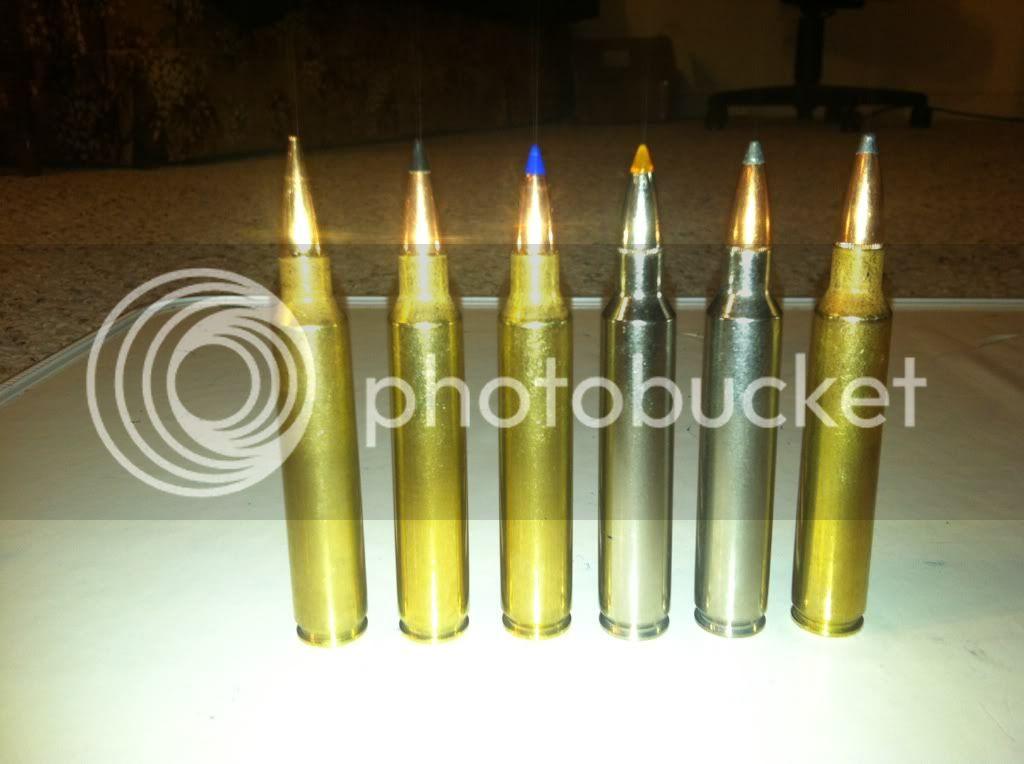 A
Need help with bullet choice...(weight)