My new custom hunting knife. All the way from South Africa

Danie Joubert is a well known gunsmith and knife maker in South Africa. While I was there a mutual friend introduced us and we got to chat for a while. Turns out that Danie (pronounced Donnie) had whittled out a little gift for me in anticipation of our meeting. I don't know why other than the extreme hospitality that seems endemic among the hunting/shooting community there.

Danie usually crafts field grade to exhibition grade safari rifles and custom target/tactical rifles. At least one King of a country has a rifle in Danie's safe waiting for delivery. Safari rifles are stuff that has to work just right every time or someone probably dies. In Africa, as you might have heard, everything bites. There are even a couple species of antelope that are notorious for attacking & killing hunters after being shot if they're not put down hard right there. All the critters in Africa are tough. Tougher than American critters in my experience. I've never shot a deer in the chest and it take another step (well, with one exception but that was more opening the chest up than penetrating it, long story). I shot 2 springbuck in the heart and they both ran a little ways before dropping. The eland I shot and hit in the heart and both lungs walked 2km. The impala I liquefied the chest cavity of dropped but tried to get up for a solid minute.

Anyway, Danie and I had a good couple hours long chat about rifle construction and how people use custom rifles there and at the end of the visit he walks in with this amazingly nicely made fixed blade and presents it to me. I was admittedly a bit floored by that. Then he says, "This is a working knife, so you have to use it. If you need to change a tire and you don't have any other tools, this knife will do just fine." So far it's only been in the necks of a few critters (hey, you gotta put blood on it right) and cleaning the dirt from under my fingernails. I do now carry it in my backpack daily and on my hip when I'm in a place where a knife on my hip isn't illegal.

Pics time. Kydex scabbard and G10 grips. Not sure what exact kind of steel but it holds an edge well so far. 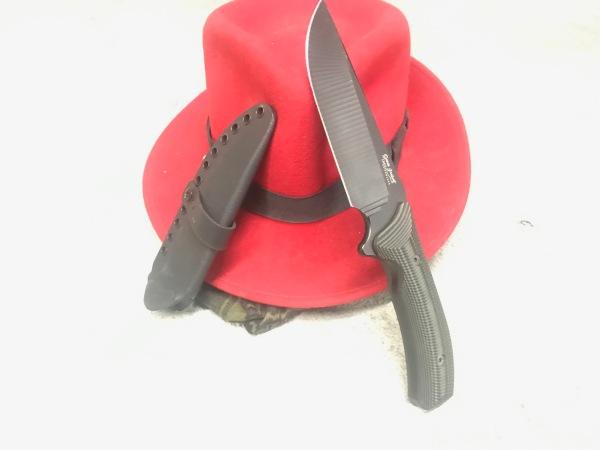 It's seen a little use but not much. Just enough to wear some finish down. 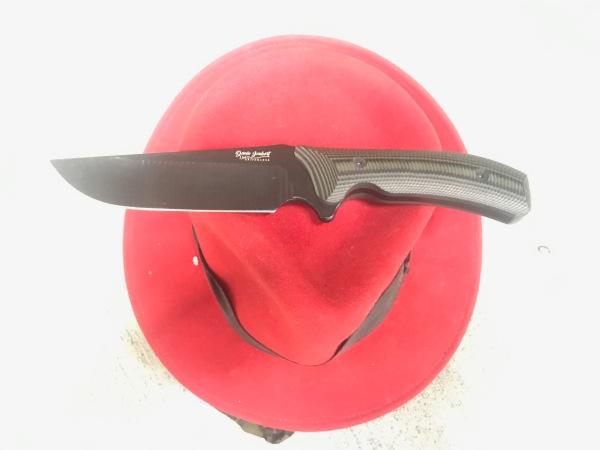 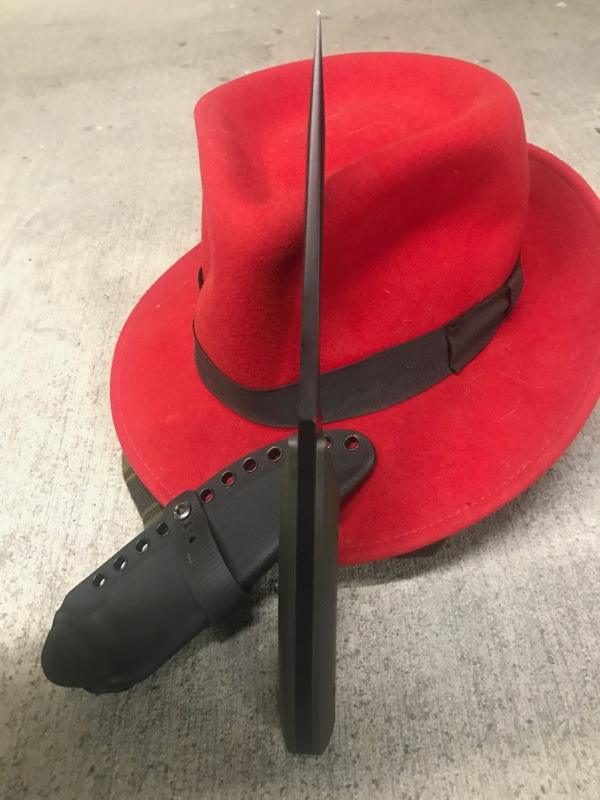 Red hat courtesy of spending OODLES of money with RedHat back in 2003. 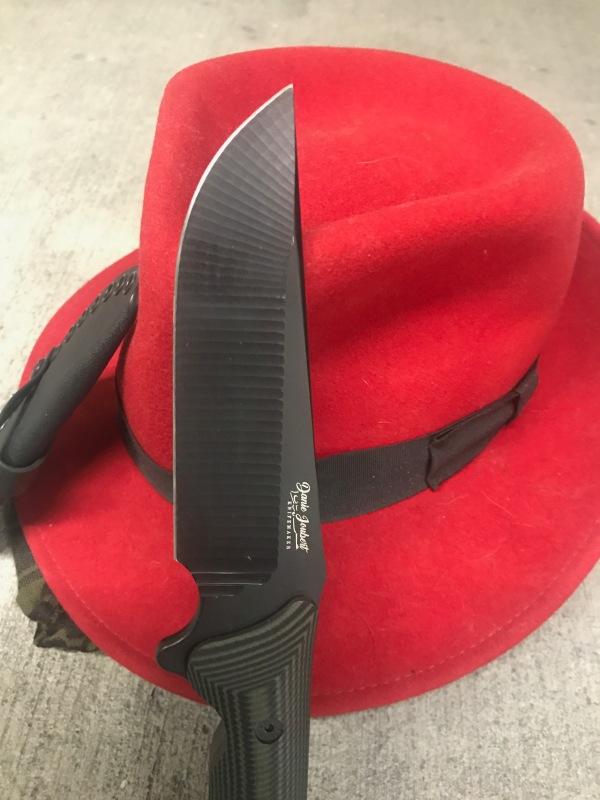