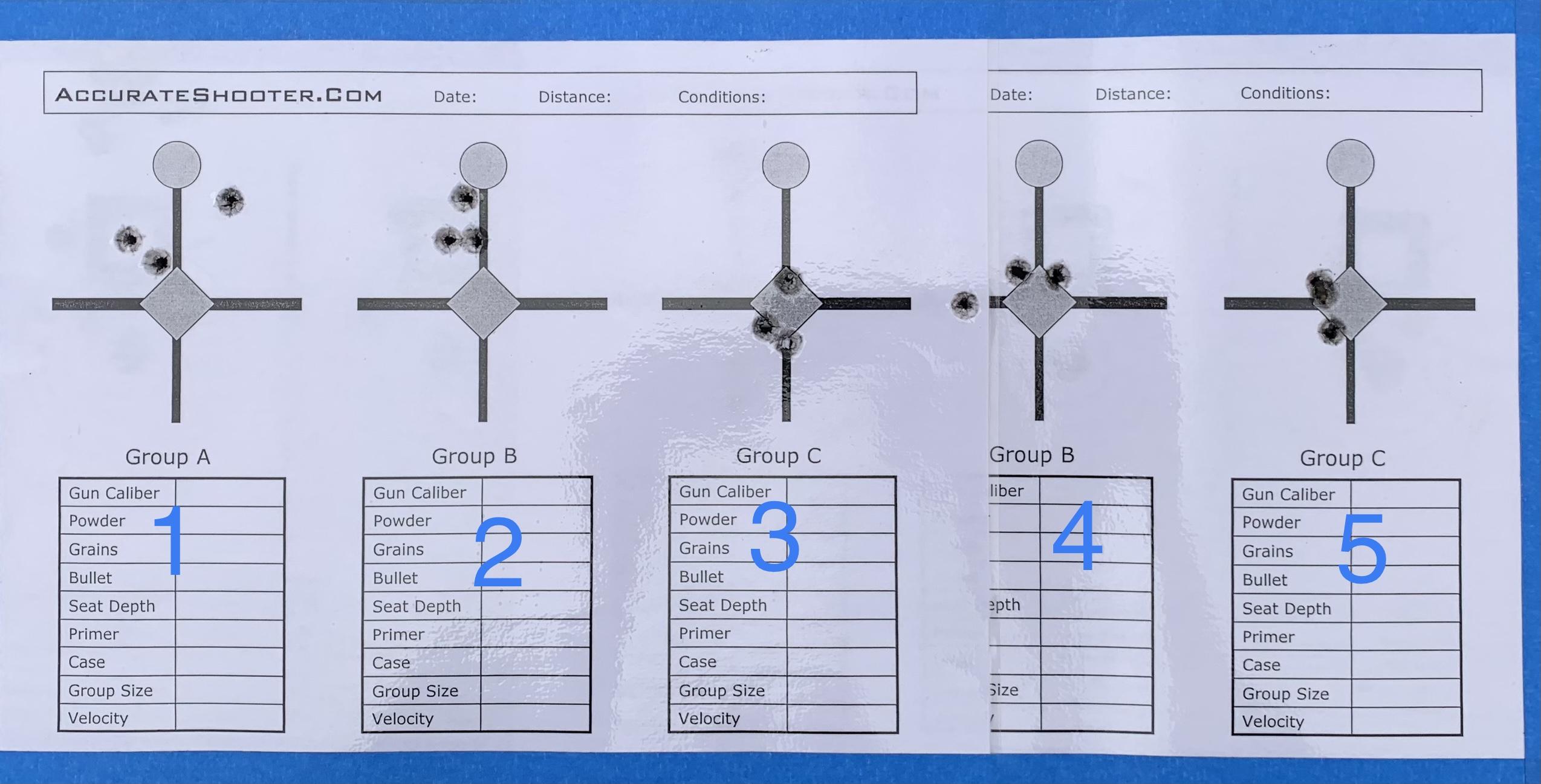 ? No spec’s on the bullet or load

It’s on the previous page. 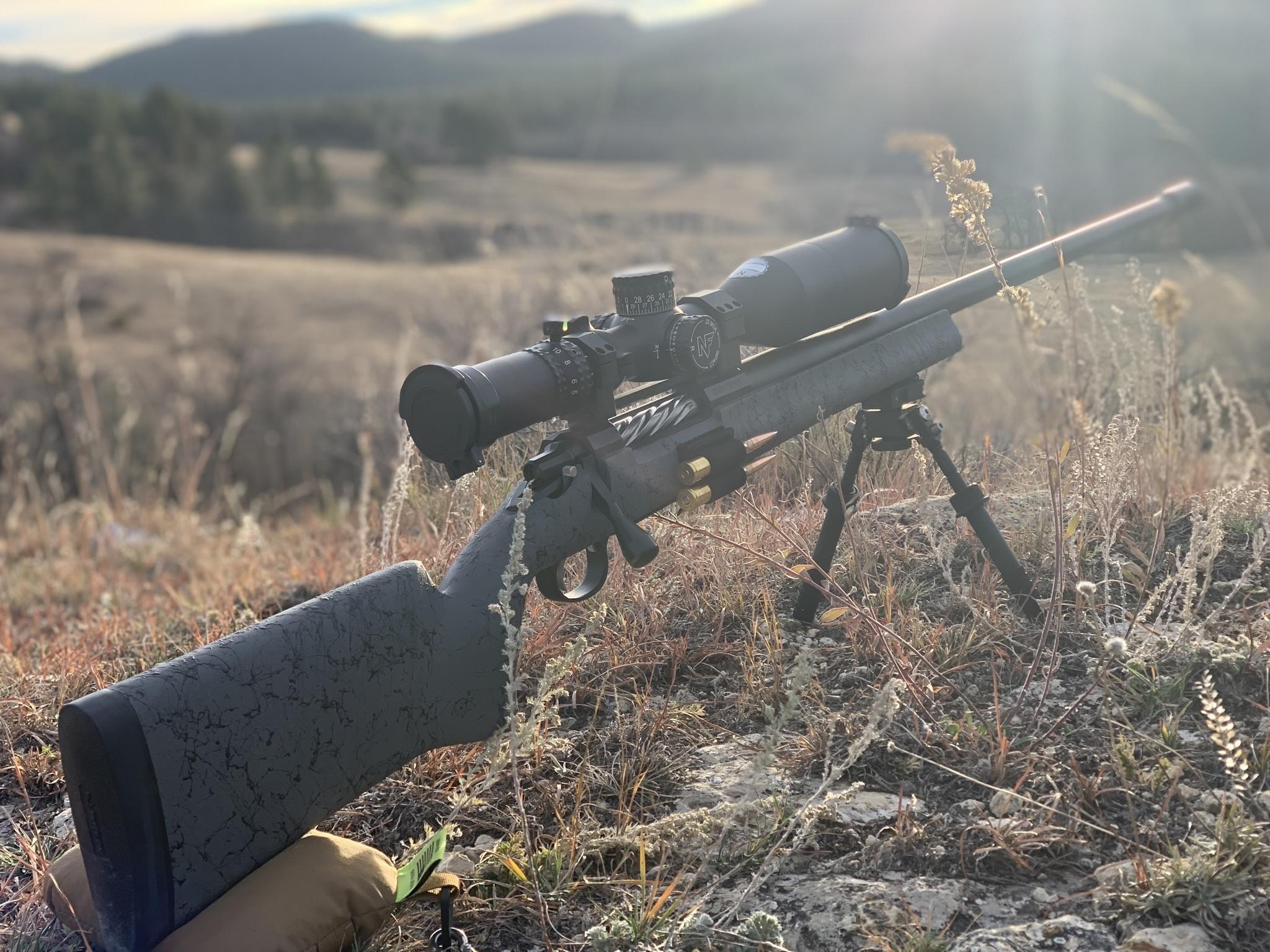 We saw a few good bucks scouting prior to the season opener, however, couldn’t find them on day one or two. EHD really put a hurt on the deer numbers the last year or two. We hunt around Hulett. I’ve been going periodically since 2009. This was the worst I’ve seen it. 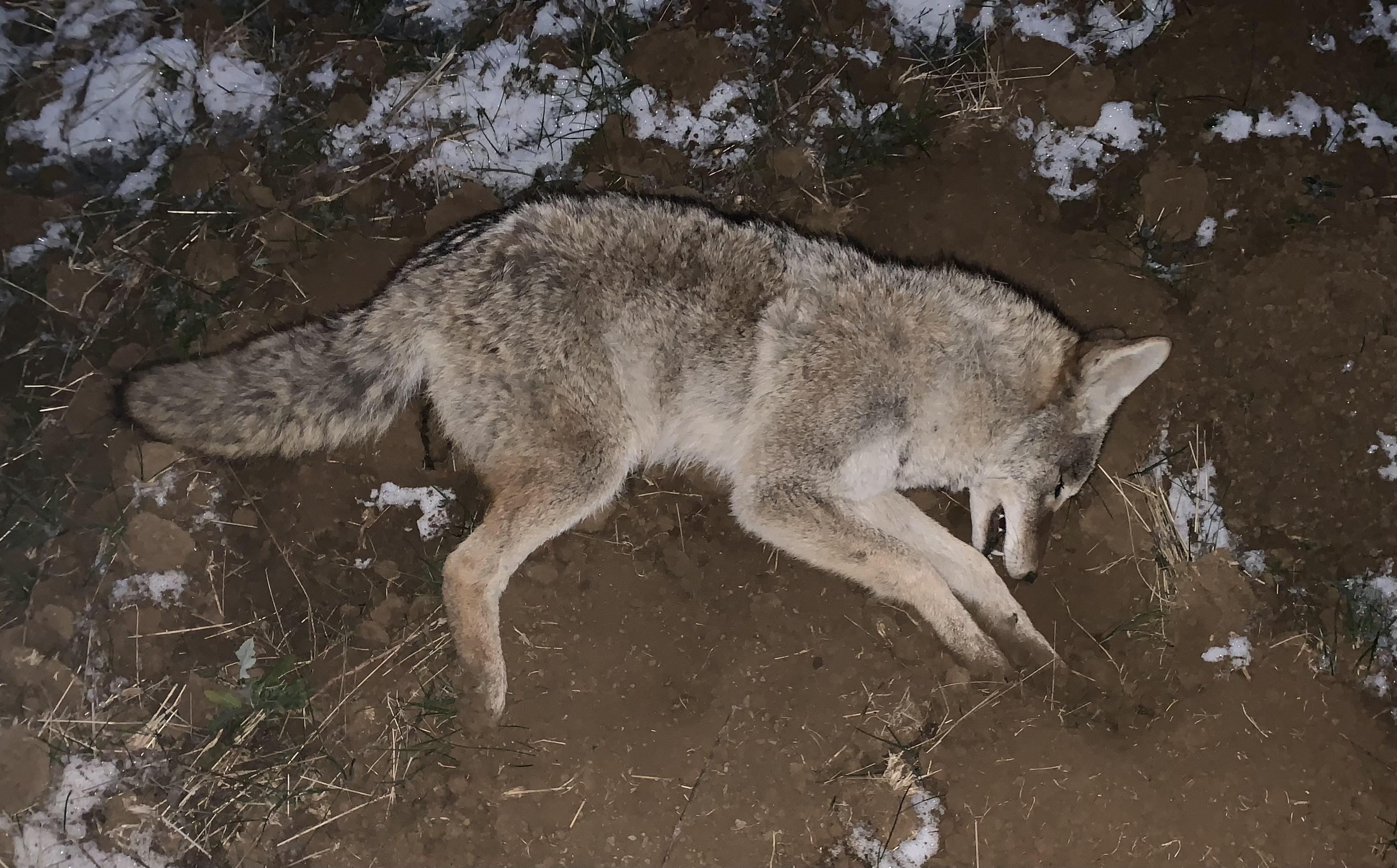 Evening of day three, coyotes (3) passed through my area of fire and then came back later on. No wonder I didn’t see any deer. 269 yards. 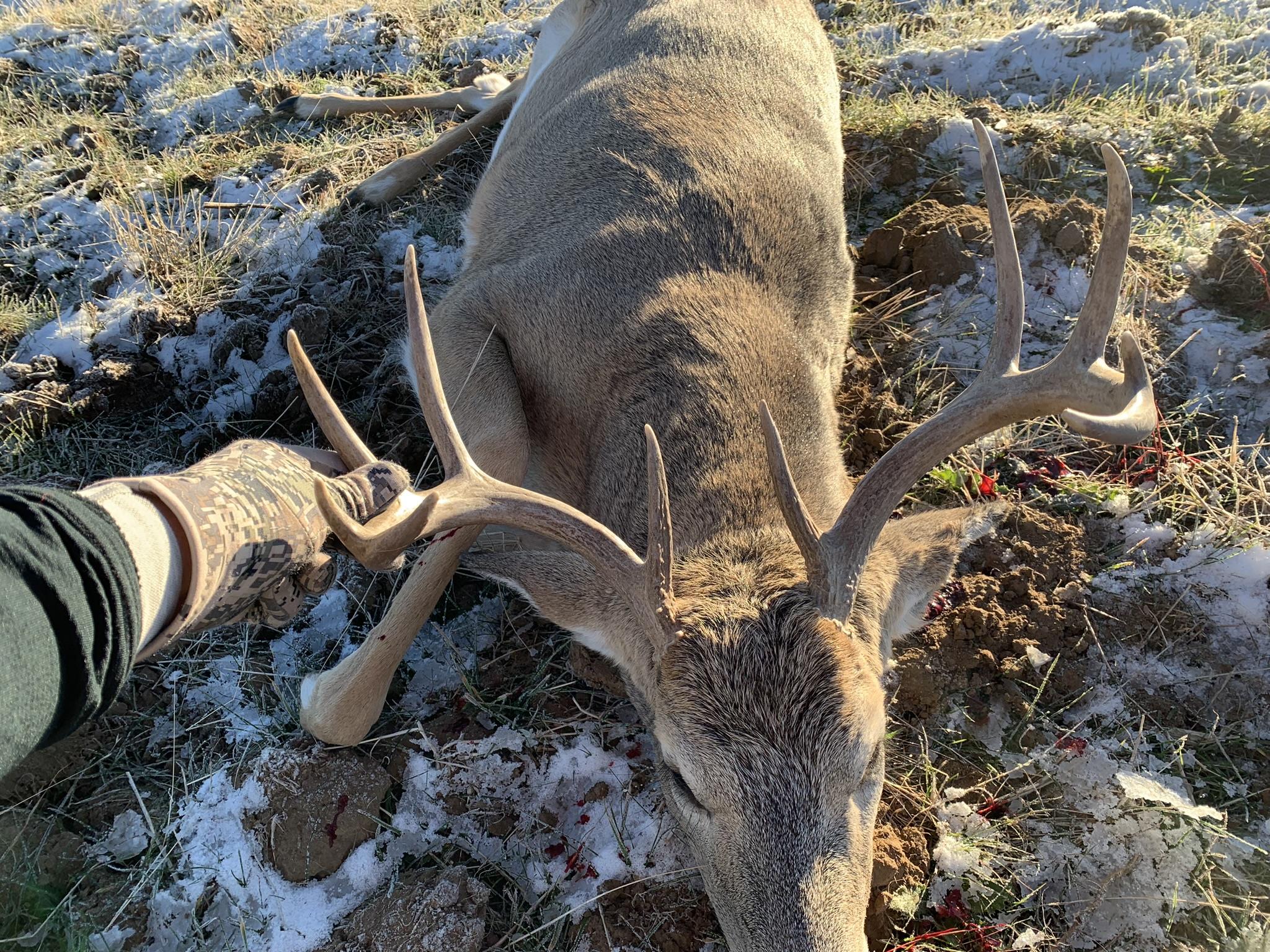 Last morning of hunt, this guy showed up. At first he wouldn’t cross the fence and went out of sight. However, the doe he was following, circled around and he wasn’t far behind. 345 yards.

Very impressed with the Badlands SBD2. Both animals died in their tracks. Coyote had a bigger exit wound than the deer.

For the deer, the bullet went into the front shoulder blade, perfect hole. Expanded through and had an exit wound the size of a tennis

with the shedded petals. 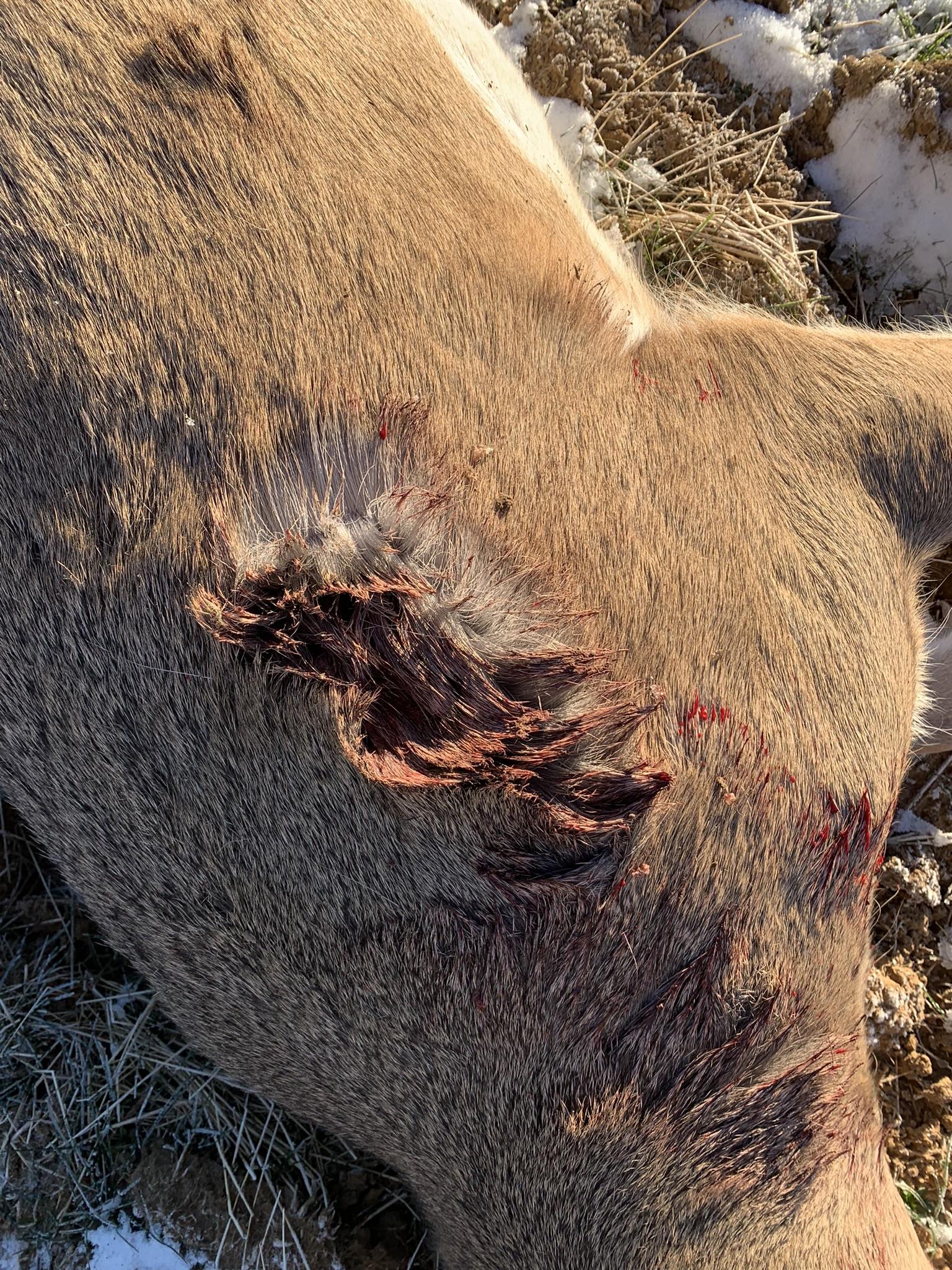