My 308 is back from the smith and I'm excited to share some pics. Can't wait to get out and do some shooting with it this weekend. My intent with this rifle is to use it for targets, casual f-class and tactical competition and some deer and ground hog hunting.

Here are the specs:

Action: Remington 700
Caliber: .308Win
Stock: Sharp Shooter Supply LVT. I ordered the stock in solid black. It arrived and looked rather ghostly. So I added some ebony stain to darken it a bit. I also applied a light coat of purple stain to give it a purple tint (it's actually not quite as purple as it appears in the pics). The stock has also been aluminum pillar bedded and skim coated.
Scope: Bushnell 3200 10x40 with mil-dot reticle
Barrel: 26" varmint contour. Free floating and recrowned.
Trigger: stock remington, tuned to a crisp 2.5lbs.
Weight: 12lbs unloaded

Before the action was bedded, the rifle shot .75moa with factory ammo. I've got some 175SMK handloads I'll be testing this weekend. I'll post the results. 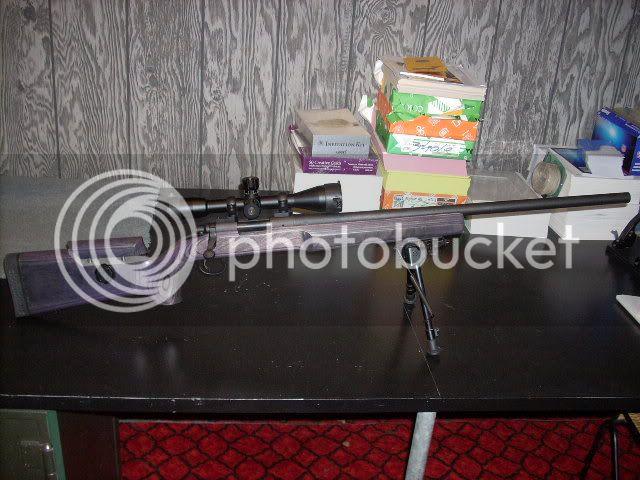 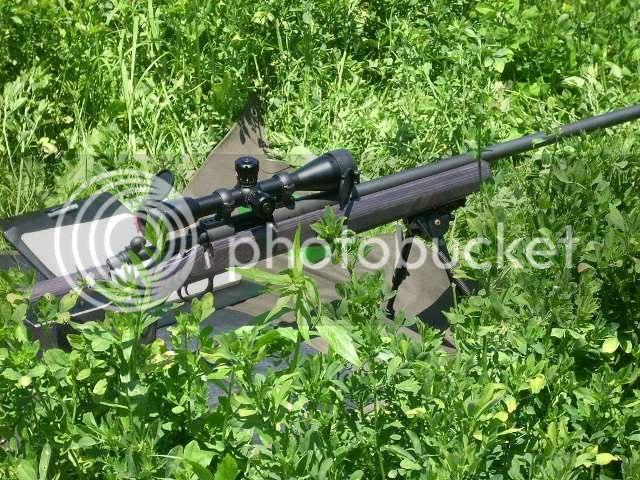 Nice gun. I'm thinking about putting that stock on a Savage 110 FLCP-K. I had to custom order it (Left Handed). Did you have SSS pillar and skim bed it? If so how much?

Took the 308 out for a test drive this weekend. In less than optimal conditions (rain and wind) it shot just slightly larger than .5 moa. 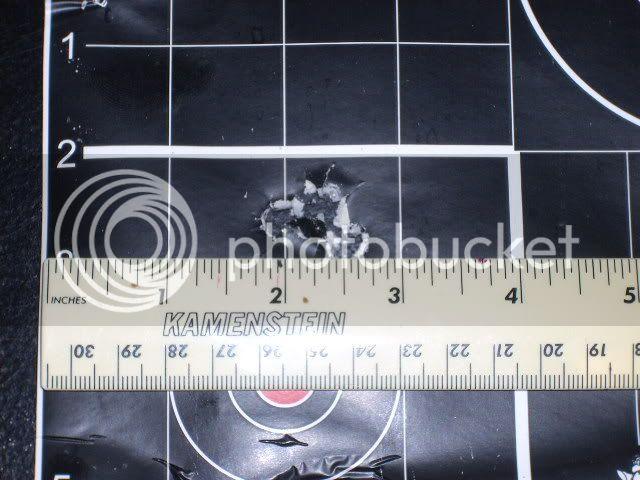 3fingervic - I had to custom order the stock for my rifle too. Because they are Savage specialists, they had to custom make this one for my Remington. They charged $25 extra for it. After I received it, they told me that it would absolutely be the last stock they cut for a Remington. They pillar bedded the stock (which they do for all their stocks), but I did not have them skim coat it.

Quite frankly, my experience with SSS was disappointing - I will not be doing business with them again. When I placed my order they told me it would be 6 to 8 weeks for delivery. After eight weeks, I contacted them and they told me it would be a week or so more. After another week, they said it wasn't ready yet. I must say it was frustrating that I was having to contact them rather than the other way around. In the end, when it was finally delivered in 12 weeks, when I told them I was disappointed in the level of service I received and asked how they might compensate me for that, they essentially said that I should feel lucky that I got the stock and that I should be proud that I have the last Remington they will cut. Is that any way to treat a customer?

Further, I asked them to drill a 7/8"x5.25" hole in the butt stock in order to accomodate a recoil reducer. I've just discoverd that the hole in the stock is 3/4"x4.5". While they did not charge anything for this, it's not right. Given my previous experience with them, I'm not holding much hope that they will work with me in any way to make it right.

I have another rifle and I'm considering a laminated stock for it. If I go that direction, I'll be contacting Joel Russo.
3

I go on the Savage Shooters Forum a lot. And I have heard similar things. The problem is when it comes to Savages they have the "crack". I will probably order the same stock from them in forest camo. Not that it's an excuse, but SSS is supposed to be really backed up. They really need to get there stuff together.

Clearly they have more work than they can handle. All I'm asking for is that when they promise 6-8 weeks delivery and it's going to take 12, they just send a quick email or call..."Dear Customer, we're swamped with work and that has caused a delay...." I don't think that's too much to ask.
H

Very nice rig you have there!!!
Looking forward to build me a 308 rig also.

How did you like the mil-dot reticle on your Bushnell scope?
I am planing on buying a Bushnell Elite 6500 tactical with mil-dot reticle for my 270 Win, but havent owned a Bushnell scope yet, do you really recommend it?
Thanks for the help and congratulations on the new rifle. Will be looking forward to read a thread when you hunt something with it!!!
Last edited: Jul 24, 2009

Thanks Armando. As you've seen from my post, I've done some load testing. Later this week I'll be taking the rifle out for it's maiden voyage into the groundhog fields. I'll post the results.

In terms of Bushnell scopes, I purchased the scope I have based on an article on this website

I have since read articles and heard from others about various models of Bushnell scopes. All of them are positive. Their fat target knobs are great and the adjustments are reliable and repeatable.

Personally, I like the mil-dot reticle. It's especially nice when you can spot your shots through the scope. If you miss, the reticle can give you a basis for an adjustment. Also, I'm steadily learning how to use it as a last resort ranging tool.

The only thing I had to get used to, is the fact that the eye relief on the Bushnell tactical scopes is about .75 to 1 inch closer than the Leupold scopes I have.

Today I took my new 308 out for a spin in the ground hog fields of Pennsylvania. Tagged one at 809 for a personal record! 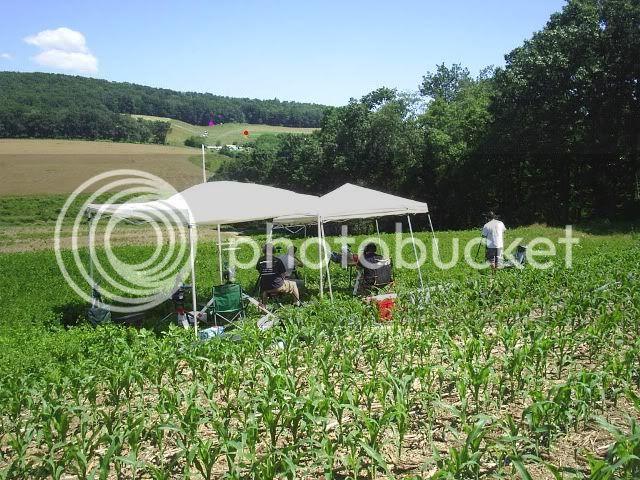 The pics don't do this gun justice. I was lucky enough to get to shoot .280Fan's gun and let me tell you it was a pleasure!! IMO that Bushnell was worth every penny (including the ones he didn't spend). What I still can't figure out is how he could see that ground hog way out there with just 10X.
P

Matt,
That was a hell of a shot with a 10Xscope! Was a pleasure spotting for ya!

Thanks guys. Considering the company I was in, I'm humbled by your comments.

Its hard to tell, but is that a House down in the valley that you're shooting over top of??