I’m looking for advice on optics for a new rifle build that’s coming together. The build is a 30 Sherman Mag built on a Defiance Anti X. Looking to shoot it out over 1000 yards.

Scopes I’ve been interested in are: March 3-24x52, Tangent Theta 3-15x50 LRH, SB Exos 3-21x50, Leica Magnus i 2.4-16x56.
Any other suggestions? Not partial to FFP or SFP. Being that it’s a hunting rifle, I’d like to have low zoom for close situations.
What are the opinions on the scopes mentioned? Will there be mounting issues/ limitations with the compact scopes on the Long action with integral scope mounts?
Thanks
S 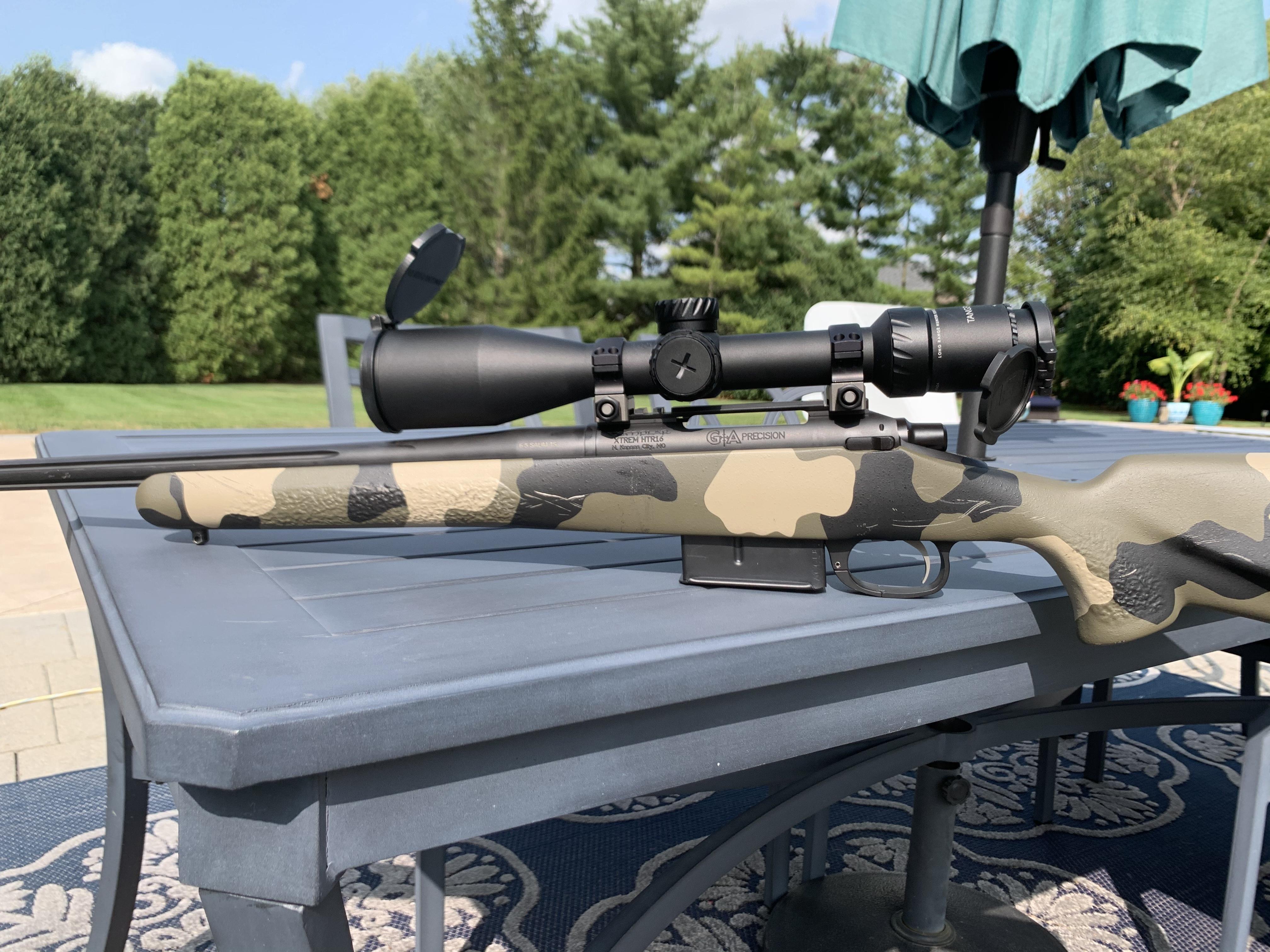 I have no experience with the Leica.
I own/owned/shot behind all the others.
Last edited: Oct 20, 2021
D

I had the Leica you described above. Excellent glass. As good as any. Dialed perfect out to 1200yds. Turrets are clockwise, if that matters. The reticle illumination for day time and night time is ingenious. Overall a very sturdy scope.
W

With the advice from some who have posted on LRH and the "buy once, cry once" concept - I went TT 315M. Only regret is I wish I would have gotten Gen2XR reticle instead of 3. Super clear, easy eye box to get behind. Maybe not as good as some others on late/early day glare?

Tangent Theta is king of the roost.

We have plenty in stock. Give me a call if you'd like to discuss!

Forgot to mention it’s a Left Handed rifle. Any issues with the bolt throw getting close to the parallax knob?

Actually the Exos and the S&B Polar both have an illumination knob on the left side up close to the eye piece. I have both scopes and never thought about bolt clearance being a problem but I’m right handed. I’d certainly wanna see for my own eyes that the bolt would clear the parallax and illum knobs before dropping that kind of $$ on a scope.
I also own the Leica Magnus 2.4-16x56i.....two of them actually.
And I just recently bought, and returned, the March 2.5-25x52. I am having a lighter weight .300wsm built and wanted a fairly light weight scope....I love my current lineup (the 2 Leica’s, the S&B’s (polar and Exos) and a Swaro Z8i), but I’m always into trying something new and chose the March. I really really wanted to like it and pair it with the new rifle. And when it arrived I was impressed with the build quality and features. All was good until I looked through it.
It was the worst eye box I’ve ever thought about using. I actually mounted it loosely on another rifle and tried it out shouldering the rifle and it got worse.
There are very subtle differences in all of my other scopes, but they are all very easy to look through, anchor and have plenty of adjustment without everything going black. The March was nowhere near that and actually close to the point of being unusable. I sent it back the next day and got lucky and found another Leica on clearance as a demo.
You cannot go wrong with the Exos, as long as the weight is not a problem....it’s 31oz. I believe.
The Polar has a larger objective but I’m not sure it will have enough vertical adjustment to get you to 1000yds.
I must mention the Swaro Z8i.....I’d have to say it’s the winner from a pure optical quality standpoint....there’s a reason all those obsessed bird watchers love Swaro.....it’s an incredible view. It’s design is not as tactical but mine has been banged around and never lost zero.
The Leica might be my favorite though. It’s sturdy enough and has great turrets that are user friendly and firm. The clarity and brightness is right there with Swaro and the S&Bs, the eye box is easy easy, and the FOV is the widest of the bunch.
The only feature I wish it and the Swaro had is the locking turret, like the S&Bs.......I’ve come to value that more than I though I would.
Anyway, I hope my observations and comments help. And good luck. 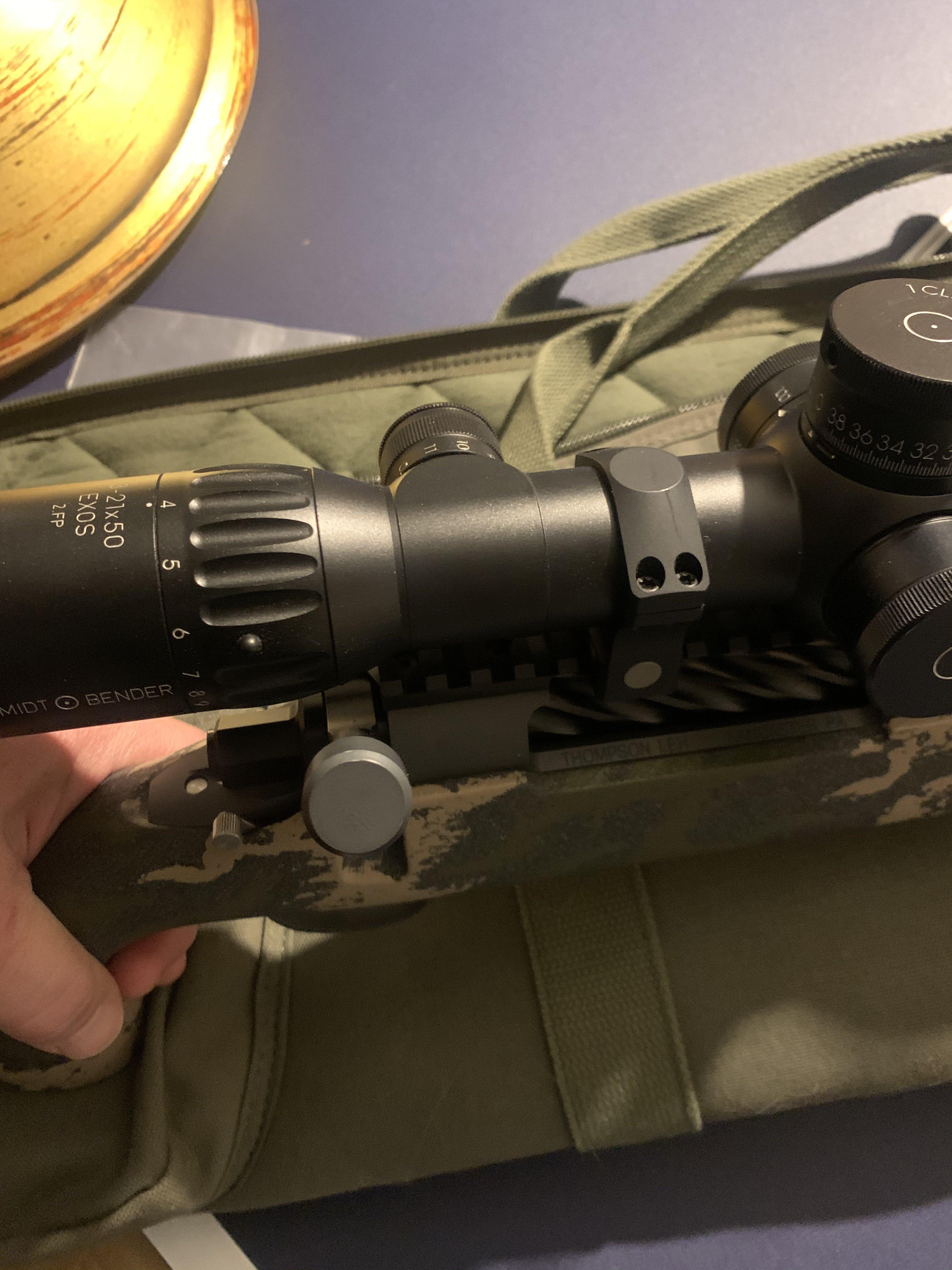 Just took a pic and it looks like my bolt would just be clear of the illum knob.
C

Bullmark said:
View attachment 306485Just took a pic and it looks like my bolt would just be clear of the illum knob.
Click to expand...

Just something else to confuse the Op.choices.
But looks like it would work on A left hand, then pending rifle it could vary slightly
W

The Tangent Theta is at the top of my list.
If I decide to save a couple bucks, how does the March FX 4.5-28 compare to the March F 3-24? The 4.5x still has a nice FOV with the wide angle eye piece.
Share:
Reddit Pinterest Tumblr WhatsApp Email Share Link