Going to part with this JImmy Lile Old Number 7, "No Dot" which means it was made by Jimmy Lile before he died, $725

I have a couple more pictures, it does come with the original; LILE Sheath


Lile, Jimmy
Lile, Jimmy
James Buel Lile (August 22, 1933 – May 5, 1991), known as Jimmy Lile was an American knifemaker from Arkansas. Lile was the son of a coal miner, he made his first knife at the age of eleven by grinding an old file into a blade. In 1971, Lile became a full-time knifemaker and was known as "Gentleman Lile" or "The Arkansas Knifesmith". He was particularly known for his survival knife designs known as "The Mission" series, created by request for Sylvester Stallone to use in his first two Rambo movies. When Lile was approached with the specifications for the Rambo knife, he was told to design it not as a mere "prop" but as a basic tool to perform a variety of tasks. Lile adapted a basic clip point bowie knife which could be used to chop wood and slice food while retaining an edge. He employed a waterproof hollow handle design to store matches, needles, thread, and a compass; the hollow-handle allows the knife to be fitted to a pole to make a spear or gig. The handle was wrapped with nylon line that could be used for fishing or making snares. The tips on the guards were made into a standard and Phillips screwdriver and the spine was serrated. Lile chose to forge the blade of 440C high-carbon steel, which he claimed could cut through the fuselage of an aircraft

I'd use it, but only have an expert sharpen it. Nice knife.
B 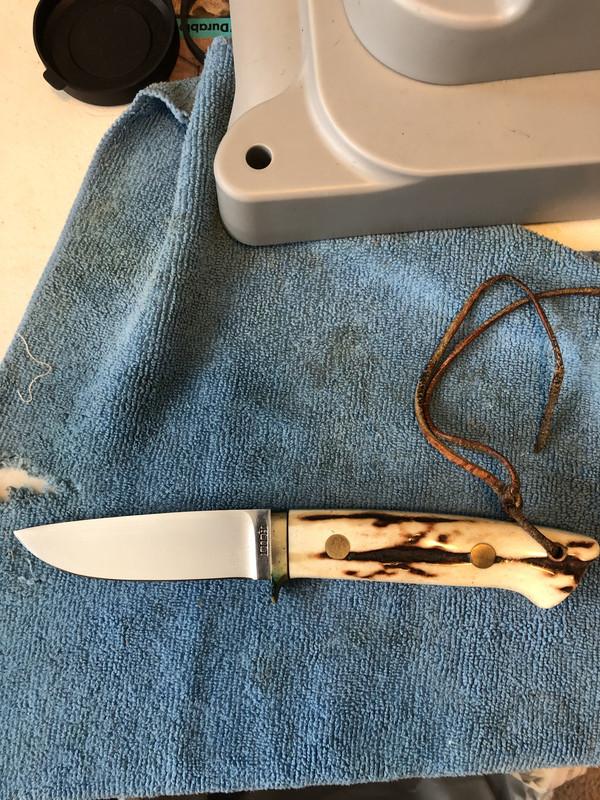 Happy Easter, give yourself a gift
B