can anybody that owns an IOR tell me how they like the scopes and how much they like it or what problems they have had with it? also i have never used target turrets....is it possible to make these target turrets work like a BDC system? the BDC system seems alot faster to use. if not tell me why the target turrets are better
thanks alot, marcus

To be honest I would have rather went with Night Fource scopes but I found IORs to be half the cost and just as good if not better.The only complaint I've had so far is the tubes seam to be a little soft and you have to mount them carefully or you will lock up the side adjuster.
The knobs are very repeteable but I like the MP-8 reticle.The hashes can be used as 1/2 mill or turned to 18x and used as 2MOA hashes just like the NF.
I now have 1(6-24x35)2(6-24x30) and 2(16X)Some baught new from Donand some baught or traded used.
Here is a prototype 6-24x35 on my 6-284

Here is a 16x on my 50BMG,with the reticle and internal adjustments I could get to 2000 meters with this settup with a 100 yard zero 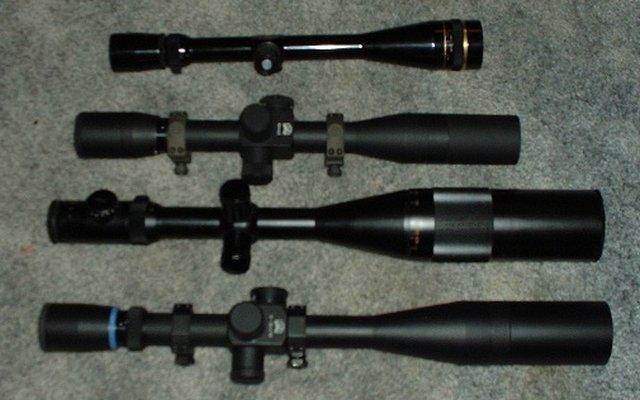 The only complaint I've had so far is the tubes seam to be a little soft and you have to mount them carefully or you will lock up the side adjuster.

MACHV, you shouldn't accept that ! That just is not right regardless of the price .

Mach V , where did you get that black Savage stock the one with the adjustable cheek piece
M

So no question about being a quallity riflescope?
J

don't have any personal info on the scope your looking at but from all other IOR's I have used they all were top end scopes , better than Leupold,Nikon,Burris and so on I would rank them with Kales,Swarovski,NF.
I'm not sure about the IOR's but most of the newer tactical scopes with the 35mm tubes have extra thick wall to help with strength.

For the money I don't think they can be beat
J

I don't mean to salt a wound MACHV, but I think you should put your "soft tube" comments in context. The only case of the type I or anybody I've ever heard from, from anybody, is yours. It's also the only one in which somebody torqued the ring screws 5 times as tight as he was supposed to. Mounting "carefully" is relative.

This is not a problem anybody else I know of has had with an IOR. Mine is nearly twice as heavy as the VX-III of same power, tube and objective size it replaces. If I was taking bets on which one had thicker walled tubes.... /ubbthreads/images/graemlins/wink.gif

[ QUOTE ]
So no question about being a quallity riflescope?

[/ QUOTE ]
No. I have heard some bad things about some scopes in their hunting line, and in years past some did have problems with the older tacticals, but they've been improving their scopes rapidly. I have yet to read an unfavorable review of any of the newer tactical stuff. I've only had my IOR 4-14X50 for a little while, 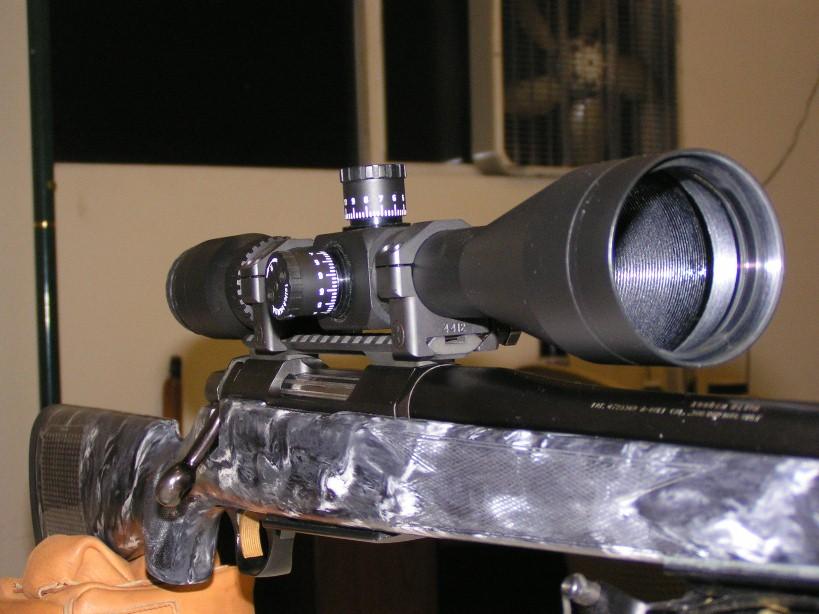 but it impresses me every time I look at (or more importantly) through it. Compared with the equivalent Leupold it replaces, it's longer, heavier and some would say uglier. Other than that it's better in every other way IMHO. And the glass...especially at high power, compared with the Leupold, it's just no contest. So yes, they are serious, quality scopes with probably the best glass you can get for the money and they have a growing (and rabidly loyal) following in the tactical community. They aren't perfect (size, weight, some features take some getting used to--as in personal preference type stuff), but they are an outstanding scope and a great value.

And yes, if you want to badly enough you can make BDC's for them as I have: 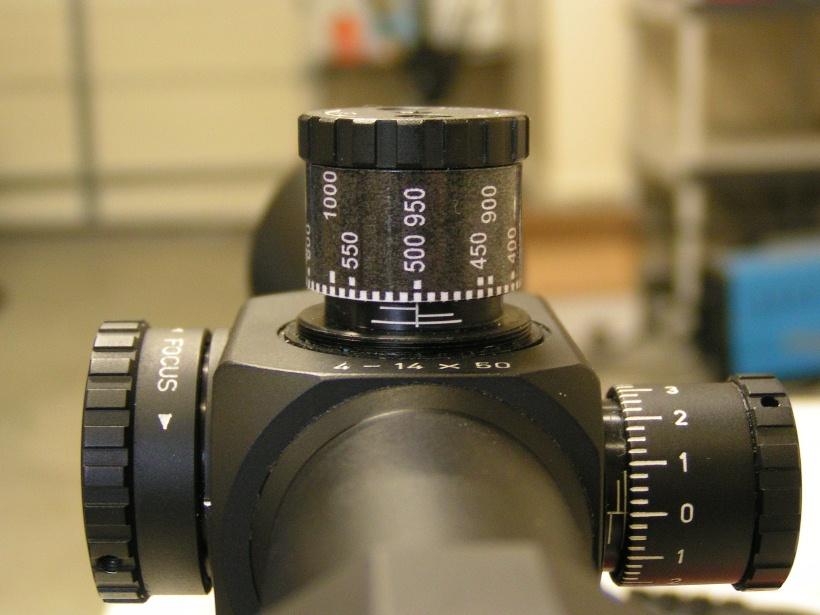 One hangup with doing this for the 6-24 is it only has 9 MOA per dial revolution IIRC (unless that's been updated recently). This means you'll probably want to do three revolutions (mine is 13 MOA per rev) and it might get a bit cluttered. How far are you planning to shoot?

However, if you've never even used turrets before, I'd strongly suggest learning to walk before trying to get too fancy. If you aren't well practiced at making dropcharts and dialing and don't have a good understanding of it, trying to make a perfect BDC (which is much more difficult) might not be the best idea.

Marcus
I used to be a Leupold fan and still like and use a couple of 12xs.I tryed a couple of Night Forces(8-32 and 12-42 BRs)But the IORs beat both the NFs hands down @ 24x.Great glass,repeteable clicks and the MP-8 reticle make the IORs a good buy!
The 50BMG I had kicked like a mule(even for a 50)
I put over 300 rounds through it with the 16x IOR on it and its still works perfectly,more than I can say for the other two scopes that I tryed on it(12x Leupold and a Springfield)

JDJones
I wish I knew,I'd buy a couple more!!Got the gun in a trade so I dont know the origin of the stock but its a laminant pianted black.

Jon A
Kinda loose with the knowledge fer only haveing one for a little while.Yes they are heavy but I said soft!Unring yours and you will be able to feel where the rings where even though I'm sure you mounted it properly.I'm still trying to figure out how you know I overtorqued them by 5 times/ubbthreads/images/graemlins/confused.gif
I should have explained the soft issue a little better and your right if mounted properly with quality rings torqued and lapped properly its not a problem.
The problem I had was Warn rings torqued(to specs)close to the turrents.Picked up the 2nd 6-24x30(cheap) used from someone who had overtorqued the rings and locked it up(nasty ring marks!!)
Back to some positive info.That BDC of yours looks like a great idea!Care to share how you did it or are you sellin them?
J

MachV shoot me an E-mail and I'll fill you in on the stock and exactly what it is /ubbthreads/images/graemlins/wink.gif
M

yea i am going to learn to walk this summer or next spring break that i get! im pretty exited
B

I have had several IOR scopes and currently have on 6x24-35mm on my 338 snipetac rifle, i swap it out from gun to gun testing new rifles i build. I never had any problem with a Soft Tube. It has great glass, repeatable turrets.
J

Mach V, I owe you an appology. I shouldn't put so much faith in my memory and make so many ***umptions. I mistook you for somebody else. Sorry.

So it has happened more than once. By "close to turrets" do you mean placing the ring as shown on the last scope in your pic above? I've always thought putting a ring that close to the erector assembly was a bad idea just on principle. I know it used to spell death for Leupolds many years back before they revised the design (which had nothing to do with tube walls). I'll bet the locking up issue is simply a matter of having the ring so close to an already tight fitting lense that needs to move that with a bit of squeeze on the tube the lense is just too tight. But that's no more than speculation--even if it's not the case I'd still move those rings though.

As for tube hardness, 6061-T6 is 6061-T6 and if properly heat treated to meet the Mil Spec (as all needs to be to be legally sold under that designation) the raw material all these various scope makers use for their tubes (nearly all use that material) should all be so close in hardness that we'd never notice a difference. If one tube dents more easily than another it likely has thinner walls.

Since that rifle is at the 'Smith for a new tube, I took off a ring (Badger, not lapped) from the scope above. Yes, there were marks. The same rings mounted the same way didn't mark a Leupold at all. However, there's no indication they are anything but marks in the finish. The finish on the IOR does seem to be a bit thicker and more easily marked than the Leupold (both Matte). Of course if one torques the snot out of the rings all bets are off--I've done this in the past before I used a torque wrench and have seen many where the tube is actually crimped a little (mostly Leupolds--Leupold slut family growing up /ubbthreads/images/graemlins/wink.gif ). But like you said, with decent fitting rings mounted properly, I don't think it's a problem for IOR (or pretty much any other scope for that matter).

The BDC. I modified my Ballistics spreadsheet (linked in the sticky in Bullets, Barrels &amp; Ballistics) to spit those out. I'd be happy to send it to you, but it'll only work for an IOR with 13 MOA per rev. You'd need to modify it for another model (and it seems they make every single model different!). That's the hard part. It took much effort-hair pulling, etc, to get the spacing exactly right. That's with the scope in my hands, there's no way I could get a different number of clicks right without the scope to lay the thing on and make adjusments. But if you want to try, I'd be happy to help.

I'm really liking the concept so far (I've always just used drop charts in the past). Most of the "bad" things people say about BDC's is with the assumption that they're some $100 laser-engraved aluminum things that you're stuck with even when your load changes, you location changes, the weather changes, etc, and so they'll be off. But now that it's made, I can change this just as easily as a drop chart. Well, I'd say it takes me 15 minutes or so to rip one off, make a new one and install it on the scope so it's a bit harder, but nothing like ordering a new custom $100 BDC from someplace.

But after looking up values in dropcharts, interpolating click values (charts only every 50 yds so they aren't friggen huge), clicking that value into the scope, etc for so long, the instant and visual way of skipping all those steps is making me a fan. Keep in mind though, I don't plan on trying to kill anything at 1000+ any time soon--I think at extreme ranges the usefullness would give out, when you really need real-time weather data and new calculations simple MOA clicks would more practical. But like I said, they're somewhat a PITA to make but if you'd like to give it a try I'll be happy to help.
Share:
Reddit Pinterest Tumblr WhatsApp Email Share Link