Downtown Cleveland Ohio , I took the picture in October while working a side job.

Why didn't you get in your work truck... sheesh
B

Wow, House Land security! Until Someone gets to be an archery Insider!
J

There used to be two massive old bucks, one WT and one Muley that hung out all night every night in the median in the middle of the HWY through Dicken's Texas. I saw them there every year for probably five years and in their later years some of the son's were hanging out there too.

Middle of the day they could often be found hanging out at the City Park or Courthouse taking a nap.

You don't get that big being stupid.

Ohlongarm said:
Downtown Cleveland Ohio , I took the picture in October while working a side job.
Click to expand...

Some of the biggest class deer are in subdivisions right inside Atlanta.

Those city bucks get huge. They are smart. All they have to worry about is not getting hit by a car. Carson City has some huge Mule Deer that live in the neighborhoods. The “King of Carson” buck was a toad. He passed last year. I believe I heard it was from bleeding out when he shed his velvet. I will see if my dad still has pictures.
B

This townie was a 1/2 block off a busy street in eastern CO Springs a couple of weeks ago. The west side of town has some townies who are absolute bruisers. 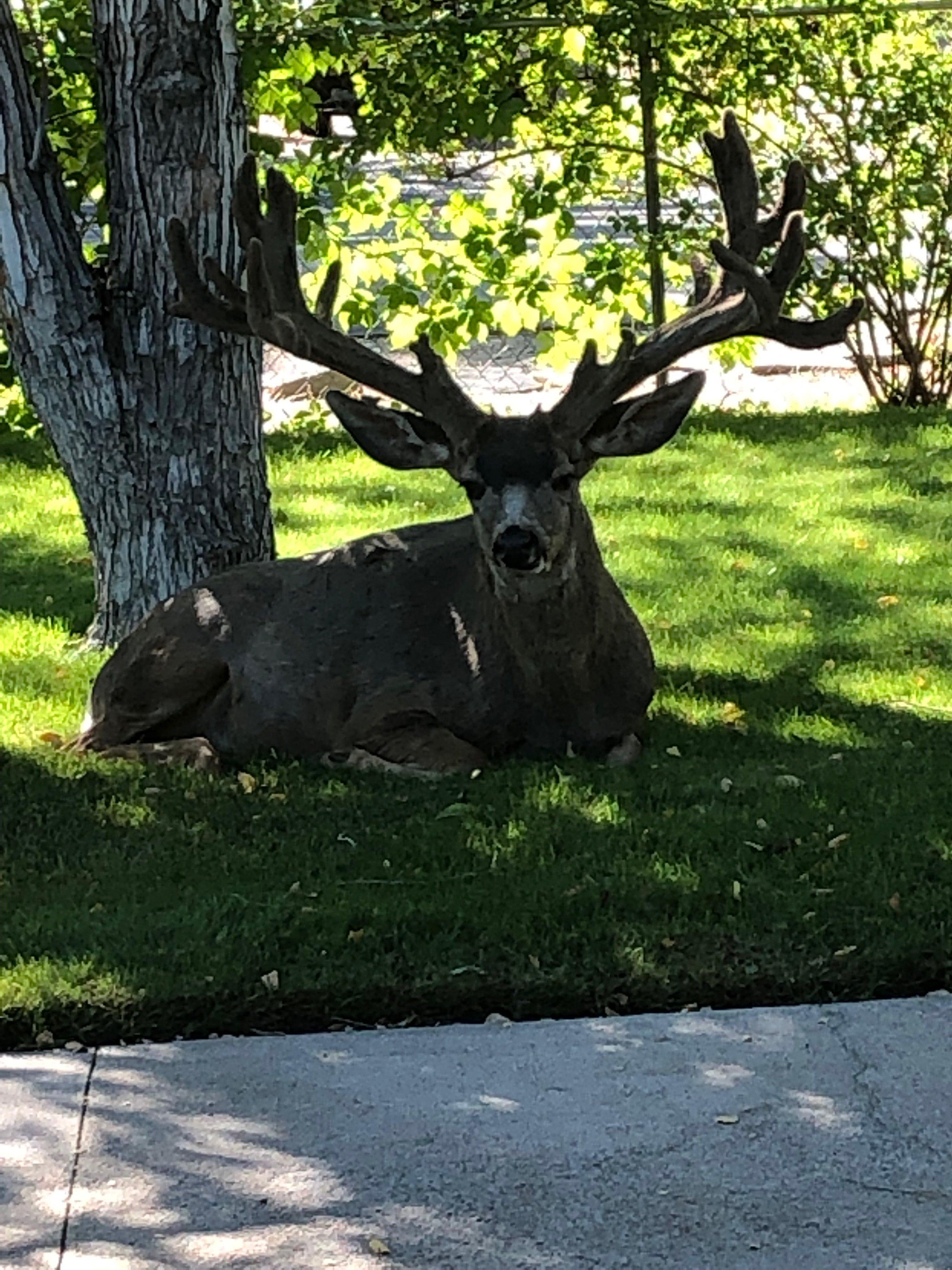 The King of Carson
B

I believe the City of Duluth got smart and instituted a system to allow archery hunting within the city and suburbs. Can't remember all the details, but they at least realized the benefits of reducing the urban herd.
P

Ohlongarm said:
Downtown Cleveland Ohio , I took the picture in October while working a side job.
Click to expand...