I wanted to report back after my hunt. Thanks to those on here that were so generous with their information and experiences. I started two days prior to the opener in 66A, but found a lot of traffic at the few access points. The evening before the hunt, I drove south to 76 where I found a lot of people but also a lot of elk. Opening morning I was looking at about 100 elk between three groups including a dozen or so bulls, one really nice bull. Unfortunately they were headed up hill as they fed and we could not get the range finder to work in low light and we struggled to keep track of which bull was which. We ended up chasing the elk up the mountain but could not make it happen. That evening we were looking over a hillside where we say elk the previous day. With about an hour and a half till dark there were only a group of cows and spikes on the hill, but we kept hearing a bugle on the other side of the hill. about an hour later, a string of cows came out with the bull I took bugling as he followed. I decided I did not want to pass on this bull even though I had seen one bigger. I had a great time and got my biggest bull to date! 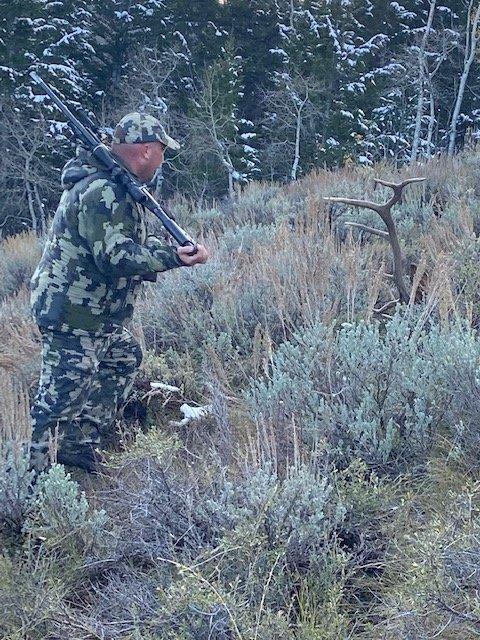 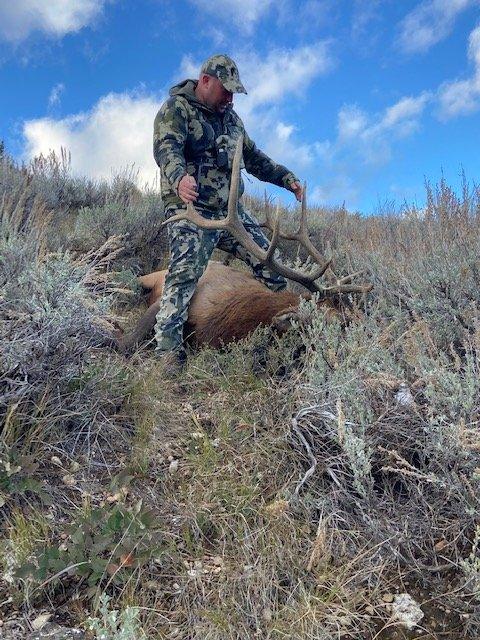 488 yard shot with a custom 7mm SAUM with 180 grain berger hybrid. One shot and he tipped before I settled the cross hair on his shoulder a second time. Full pass through with about an inch and a half size exit wound. Lungs and heart were jellied. I had to rework my load prior to the trip because it was to hot (reference my other post) but got really accurate load at approximately 2767 fps.

I ended up guiding 2 buddies on this hunt and we pulled out 1 stud bull and a super super old bull. Congrats! Crazy how a lot of these elk have the same genetics
G

I also found success in Idaho this year. We filled 7 out of8 tags we had the first two days. I used my 300 win mag with 180 grain Sierra pro hunters.

congrats on a fairly hard tag too draw..

Backcountry_IDN said:
I ended up guiding 2 buddies on this hunt and we pulled out 1 stud bull and a super super old bull. Congrats! Crazy how a lot of these elk have the same genetics
Click to expand...

Wish I knew you were up there, would’ve called ya for the reinforcements on the packouts!

We were in a couple Toyota’s. I just had a deer tag. Had my buddies put in since they hadn’t hunted Idaho and told them I’d take them to my archery area if they drew.

Seen one decent 4x but super young so let him walk.

Jeff ended up calling this bull in. Rut was hot in action! 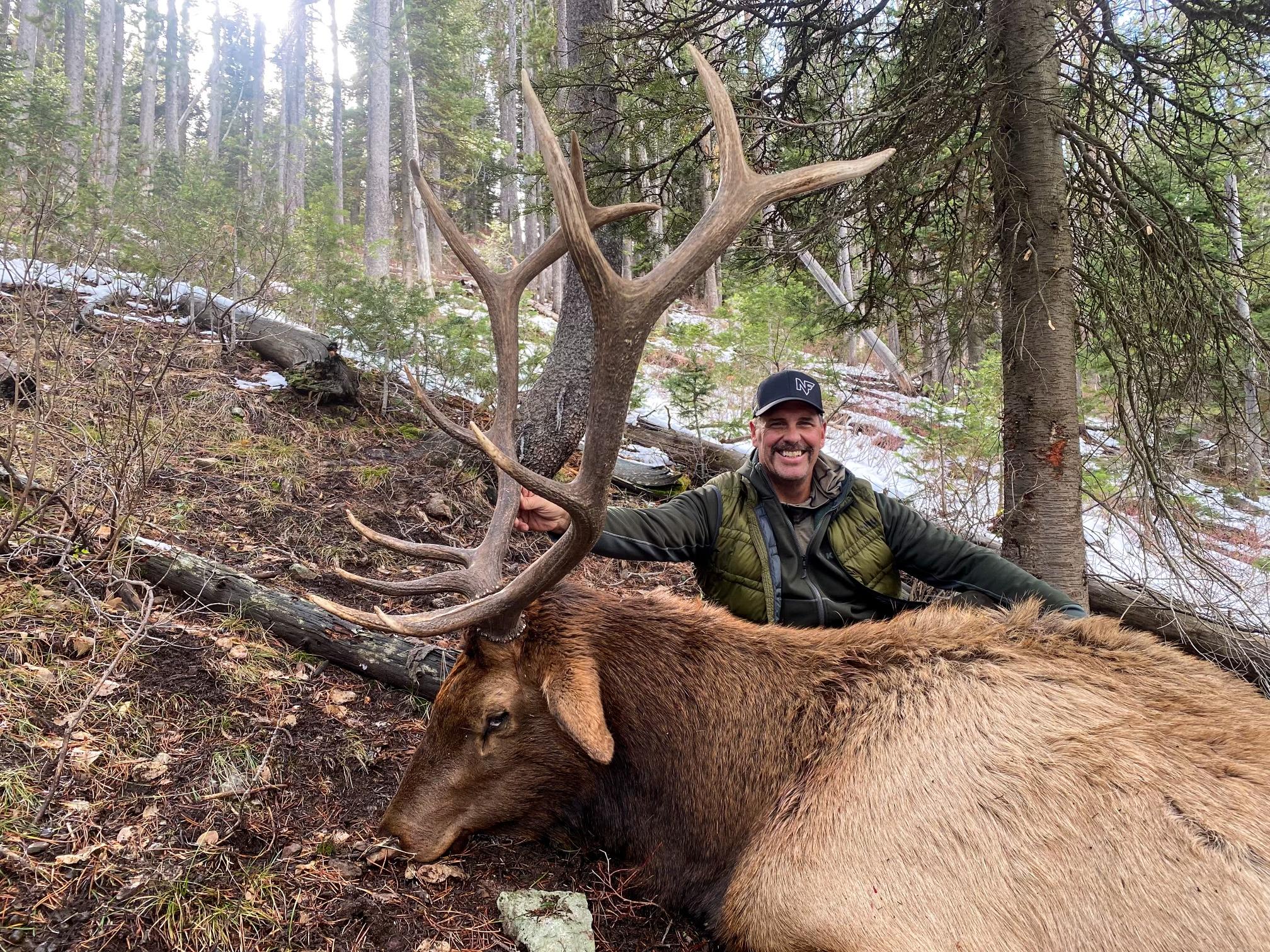 Then didn’t get any close ups of Shane’s. Shot hit right at dark.

Good 4 days for them. I’ll post up their film when it’s finished.

Nice Bull. We were hunting deer across the street in 75 and seen a few elk there. Put my scope on a big 6x6 but minus one elk tag. Same old story. thats the way it always works. Congrats.
Share:
Reddit Pinterest Tumblr WhatsApp Email Share Link