I am back with my first elk. WOW!!

I just returned from Wy. from my first elk hunt. WOW. I was hunting in the Bridger Wilderness and I can't say enough about the experience. We packed in 3 1/2 hours on horse back . My first two days of hunting was enlightening but only allowed me to see a spike and some cows. I learned that no matter what you think there is only one direction in elk hunting UP! I thought I was in decent shape. WRONG! I also learned that weight is everything or lack there of.

Days three, four and five had us trapped in camp for the most part due to snow and wind. We were camped at 9400 ft. above sea level and you couldn't see over fifty yards. We rode above camp for an hour or an hour and a half to hunt each day of hunting, returning after dark.

Day six was my last day to hunt, it dawned somewhat clear and cold that morning. We rode for perhaps an hour when my guide stopped his horse and signalled to us to dismount, immediately I saw what he was seeing, a cow elk some four hundred yards distant sky lined against the snowy peak east of us. We were able to tie the horses in the trees and glass from behind a few rocks.

There was a nice bull obscured by some brush behind the cow, we ranged him at 411 yds. Jordan, my guide and the other hunter decided to leave me there in case the bull stepped out, and they were going to try and get in front of the elk. Meanwhile another guide and his hunter from our camp came up behind us, and joined in the glassing. My rifle was laid across a rock on my pack as Terry, the other guide, and I glassed the bull. I didn't want to look too long at his antlers but I decided I would shoot if he presented a shot.

The other hunter with Terry got a little bit antsy and I asked me " Are you going to shoot that SOB or what, I have a good shot", this seem to make the animals a bit nervous, although they were not looking at us. We got that guy quieted down and I got behind the rifle, it had gotten a bit brighter out. I was looking northest and saw a small hole in the brush, where the elk's lungs should be. I looked at my drop chart and saw what I needed at that distance, there was no wind and soon the sun would be in my eyes over the peak or the elk would haul ***. I said to Terry, "Watch for a high lung shot, I am ready to fire". He agreed and I settled in behind the rifle, to my surprise the crosshairs were rock solid.

I went through my check list, good sight picture, good cheek weld, breathe in and start your exhale, don't forget the follw thru, and with that last shot I squeezed the trigger. My rifle "Rusty Martin" barked and I seen the bull move off with his head down, he looked deflated or very depressed if an elk can look depressed. At my shot Terry lost the bull for a moment when his horse reared, he doubted my shot as he didn't hear a whack of the bullet hitting the elk. I told him everything was textbook through the follow though. He said to wait here until my guide and other hunter returned and then we could go see if I drew blood. I waited for what seemed like three days but was probably only 45 minutes, continually glassing for any sign of blood or elk movement up the slope.

Finally my guide and other hunter arrived and we discussed the shot, both of them seemed doubtful but we headed up the slope. we rode the horses as far as we could and proceded on foot. My guide going to where the bull stood, me goig to where I last saw it and the other hunter circling low near the bottom. I was foury yards form Jordan when he turned to me and gave me the fist pump and said " I got blood and hair" I took two more steps and it was evident that the hold and hiit were good. On the far side of his tracks were big semi circles of blood that you normally see in a lung shot animal, I was relieved and excited.

CHAIN: congratulations on your elk!!!
Great story, very well written.
You must feel very good about not letting the other hunter put pressure on your shot, that is good discipline you have there.
How about lots of pictures??? We like pictures Please post pictures.

Congratulations and thanks for sharing! Sounds like a great hunt and area. Also glad to hear testamonials on how the 210 Berger is working as I'm using that bullet this year for elk for the first time... Congrats again!
C

Thanks. I put some pictures on Photobucket but I don't know what to do from there. Help???

Congratulations on your first elk. You're hooked now.

Got to get some pictures up though. If you need any help with them just let us know.
S

Congrats!!! Dang it.. You got me all worked up now and I still have 2 days before I leave for my Co hunt.. Get us some pictures brother!
Preston
4

I still need to wait 3 weeks for 3rd season.

Great story and congrats on the elk. Congrats also, on shutting up the nay-sayers with a great shot. Another vote for some pics!!!
C

I can't get the screen to come up as in the instructions. I have went to my profile and I don't know how to change my screen.
A 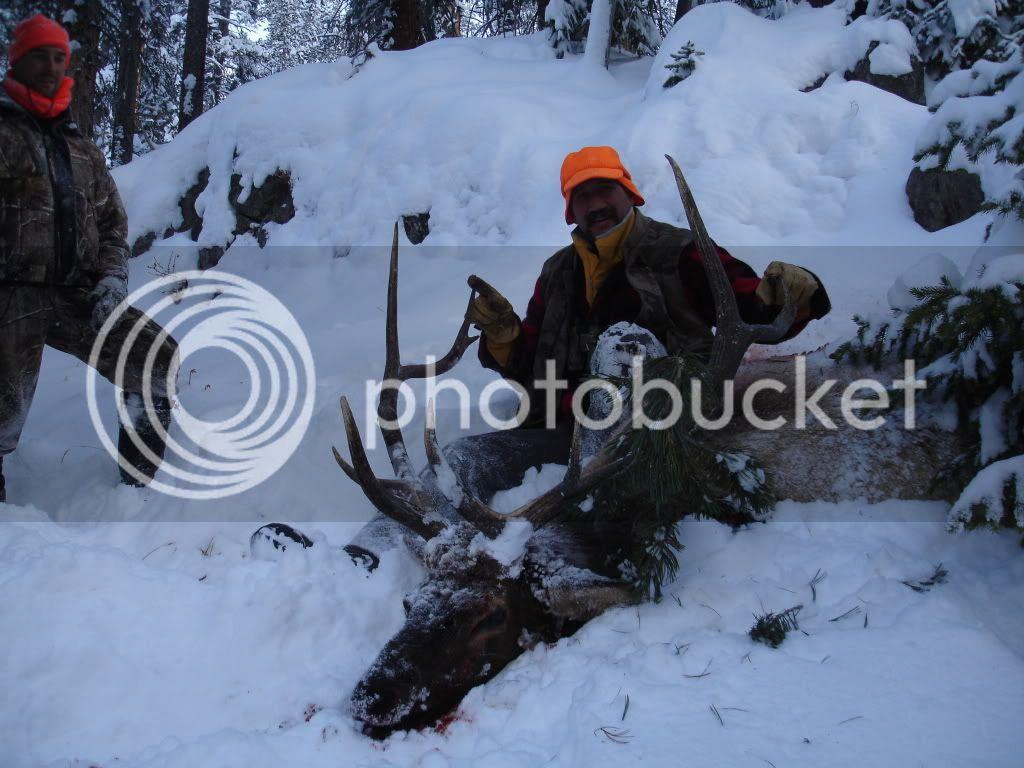 Very Nice I guess that Big Storm that came through the other night hellp yall out. I am leaving Thursday for 2nd season which start on Saturday hope I can have as much luck as you.
R

Good deal chain,
way to seal the deal. bet that blood trail was impressive in the white stuff 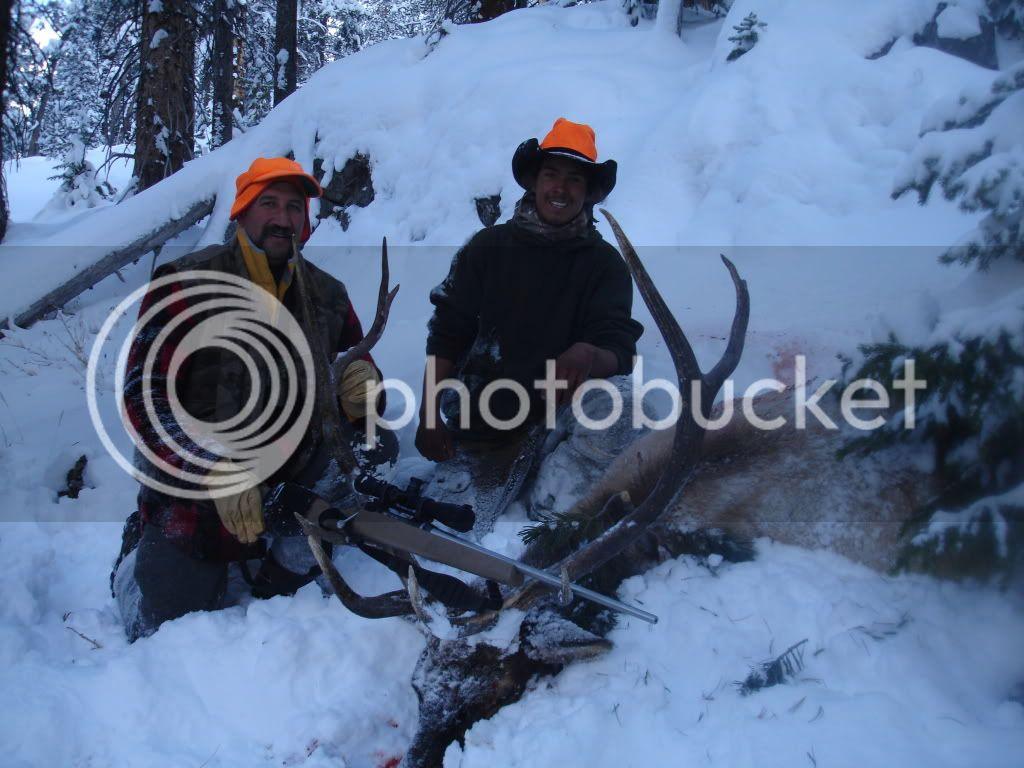