Well, I went on my elk hunt this weekend. It was a 5 day hunt that started on Saturday. I took this elk on the morning of day 3. Not the big bull I was looking for but a decent 6x6 none the less. We started up at 5:30am on Monday morning and climbed up to a point where we could glass a really large meadow that had a lot of canyons feeding out into it. There was a tank 1100 yards from us that was full of water. The elk had everything that they needed here so we figured that we would see some as the sun began to show. We spotted a herd of 18 cows and one small bull right below us but I passed on that bull as he was only a 4x4. All the larger bulls were by themselves now and were deep rooted in the thick timber in the deep canyons. Around 9:30 a.m., I glassed up a 6x6 bull coming out into the meadow and he was walking straight towards the tank but he was around a mile away at this point. We gathered up our stuff and got to a spot that we could shoot from which was right above the tank at 377 yards away. It is amazing how fast those animals can cover ground, before we knew it, he was already up to the tank and fixing to walk in for a drink. He walked down to the tank and was facing me. I sent one 169 gr Hammer hunter into his chest and he hunched up, turned left and walked 5 yards. He was standing there so I went ahead and sent another one even though it was most likely not needed. I decided on a high shoulder shot to put him down and put him down it did. He dropped on the spot and didnt move. The second bullet was recovered on the off side hide and it looks like a hammer bullet should after passing through an animal. There were two small holes where the petals exited. I didnt do an anatomy check but I am most positive that those 4 petals and the shank caused a lot of damage inside. I could hear a lot of sloshing noises inside the chest cavity as we moved him around to get the meat. The bullets were travelling at 3120 fps and impact velocity at 377 yards was 2459 fps. Amazingly, there was no bloodshot meat. Literally no loss of meat from the shoulder shot. I didnt get to get a longer range shot but I'm pretty sure that it would have done the job out to 800 yards after verifying the damage it did to pigs at that range. Overall, I was happy with the results. Pics below. 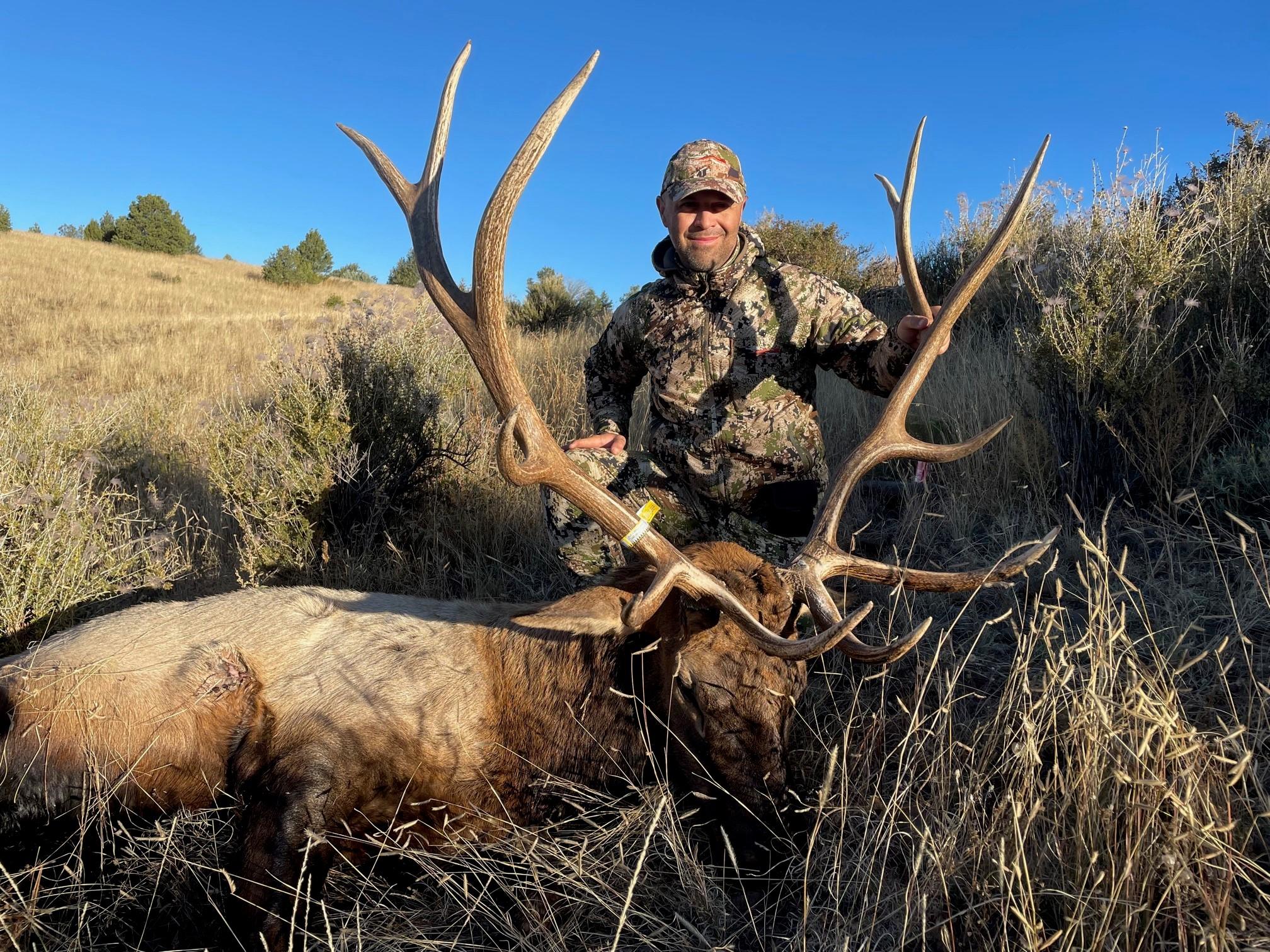 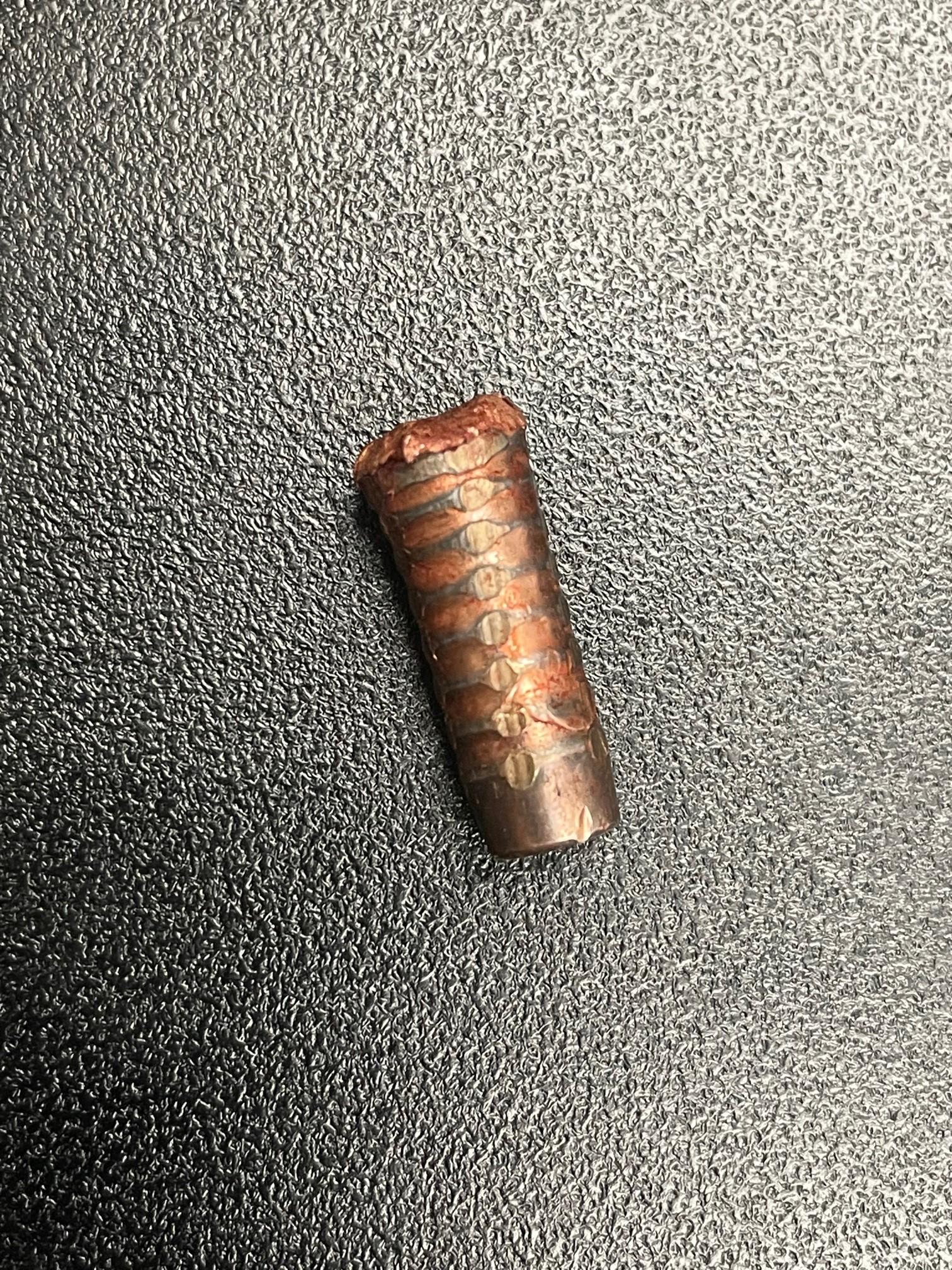 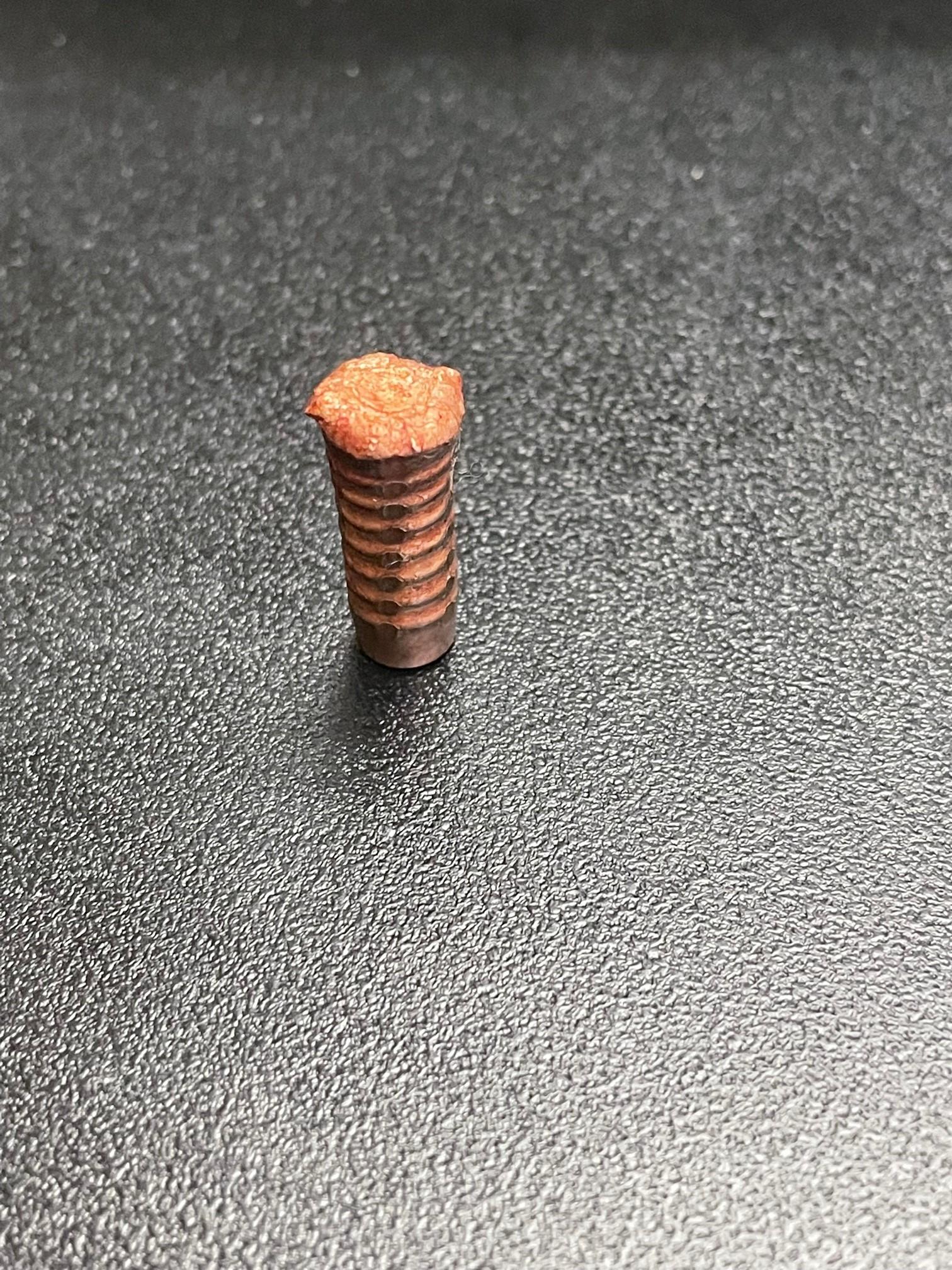 Congrats on a nice bull. What unit were you hunting?
K

Tried for 2 days to climb into those canyons and glass the north slopes for big bulls. Just couldn't pull one out. Biggest we saw was probably 310".
A

Nice bull!! Congrats!!! Did I miss what cartridge you were shooting?
K

Not too shabby at all. Sounds like you're always close to water, a very smart tactic, haha! Good shooting and wise that you didn't let him get covered in mud. Salute!

Congratulations on your bull! Thanks for the good, informative write-up, and the photos! memtb

Congrats and a great bull elk!! I have wanted to try those Hammer bullets. Nice to hear a your field success story!

Congrats! And meat in the freezer!

My elk experience with the 177g HH was exactly the same this year, only I had one shot at the base of the neck and a pass through.
DRT!
Share:
Reddit Pinterest Tumblr WhatsApp Email Share Link

K
Elk down in New Mexico
2