Done! Made the staples myself out of a coat hanger, flattened them, heated then up and put a twist in them. A little wood glue for some support and they tapped into the horn and wood base plug nicely. The base plug & spout I lightly torched for some age and color. A hand rubbed coat of linseed oil and shes done! Already hanging off my shooting bag. 100% sealed air tight including the staple that goes through the horn. 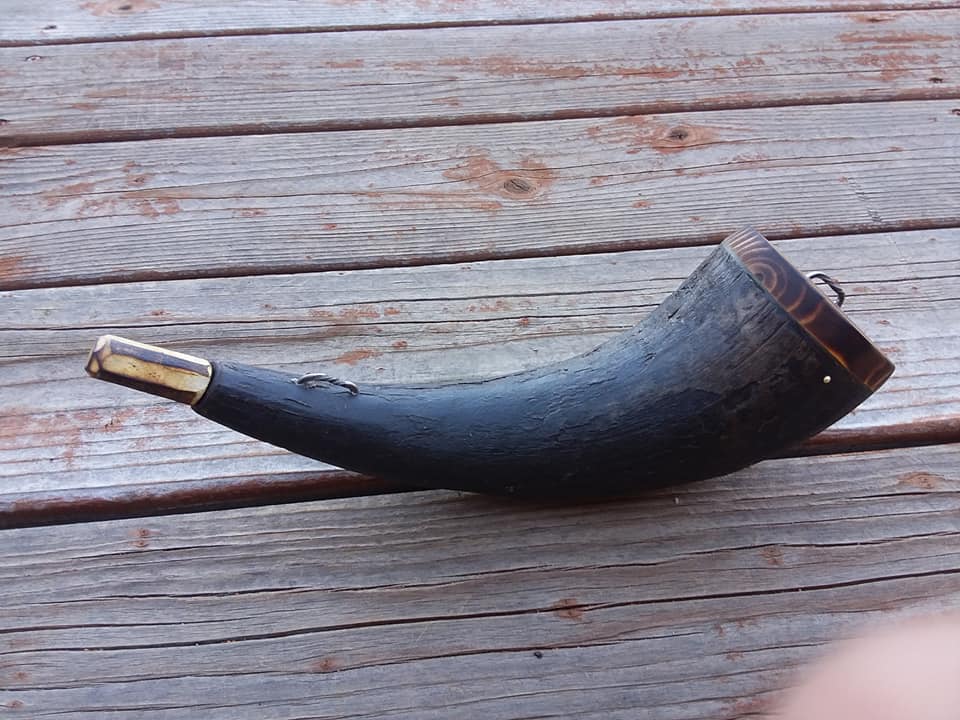 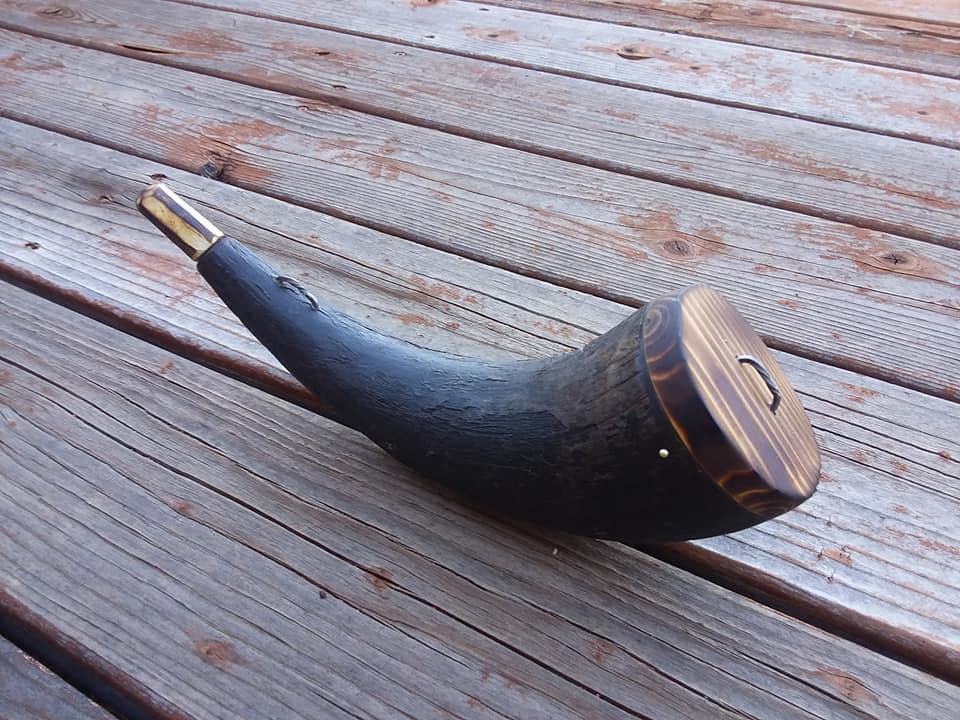 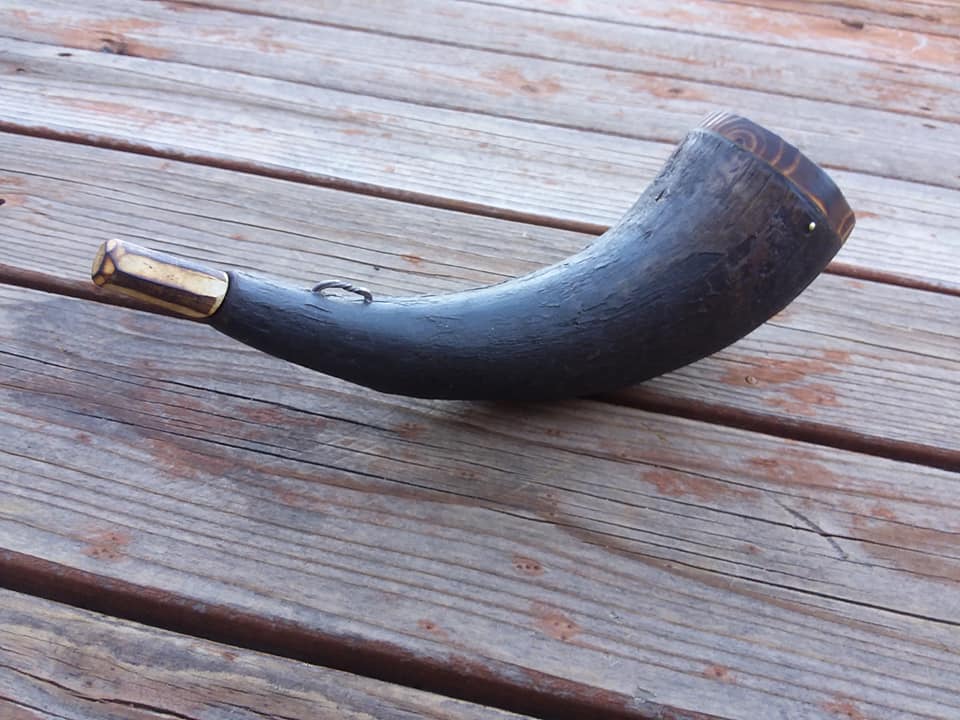 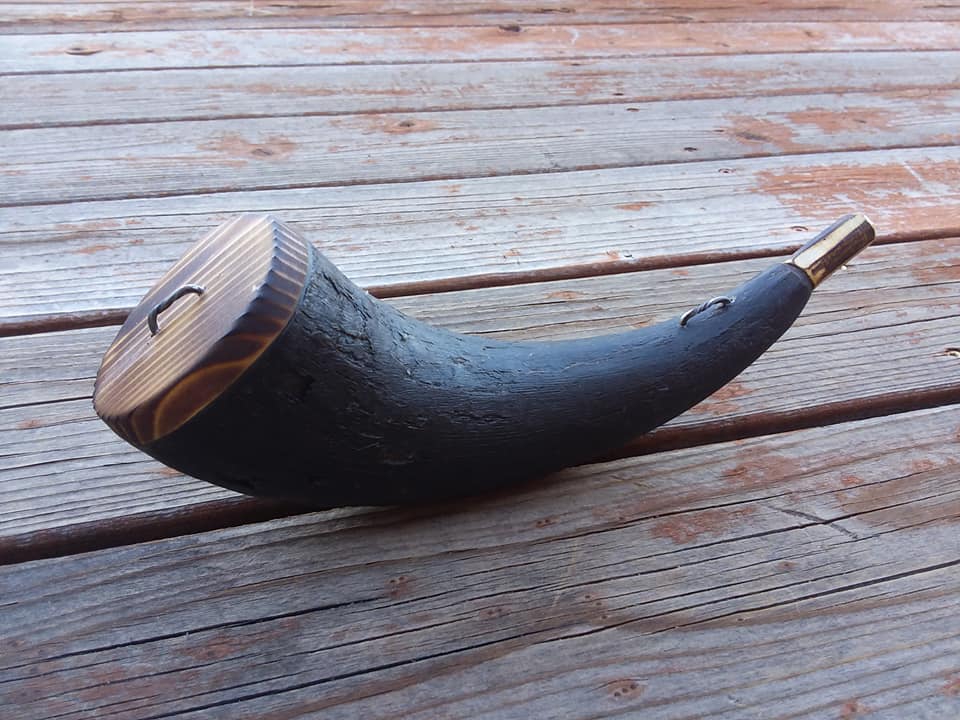 I have made a few over the years. Last one was an off white with black tip. I did it in the 1700s lip horn style. I had fitted a walnut back plug and used brass tacks to secure. I also scrimshawed some design around where I filed and shaped on the spout end to affix the lanyard to that end. I also placed my name and under it "His Horn" like examples I have seen. I used this horn with my garb when I was doing French and Indian and Revolutionary War re-enactment as a militia rifleman.

First horn I ever made I helped dehorn the cow to get my horns. They were white and black also. They were smaller than my campaign lip horn. I was using them for a cap lock rifle. I made one for the powder and then a small one to hold my caps. I hug them under my bag, little cap horn then the powder horn like the way that Danial Bone "Fess Parker" did his powder horn on the TV show I watched as a kid.

I helped a friend make a horn that was mostly white with light brown tip and I showed him how to scrape the horn with a piece of flint to get it so thin that you could hold it up to the light and see how much powder you had in it.
You must log in or register to reply here.
Share:
Reddit Pinterest Tumblr WhatsApp Email Link