exploding bullets on impact...is this real or are people guessing?

That was not a splash, you just hit low. 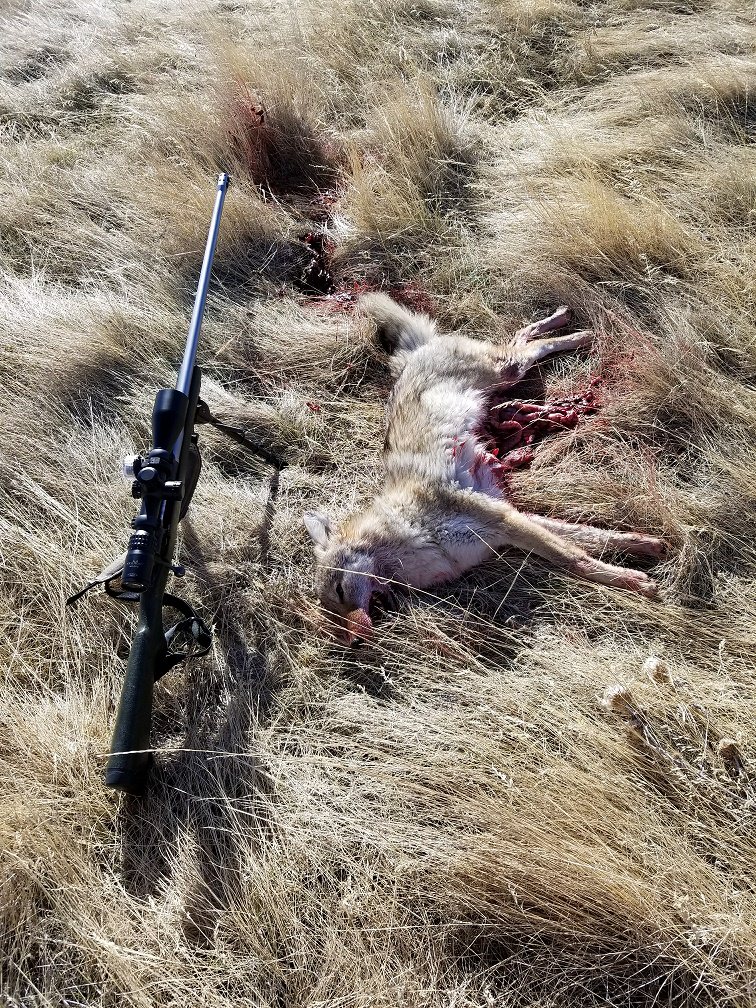 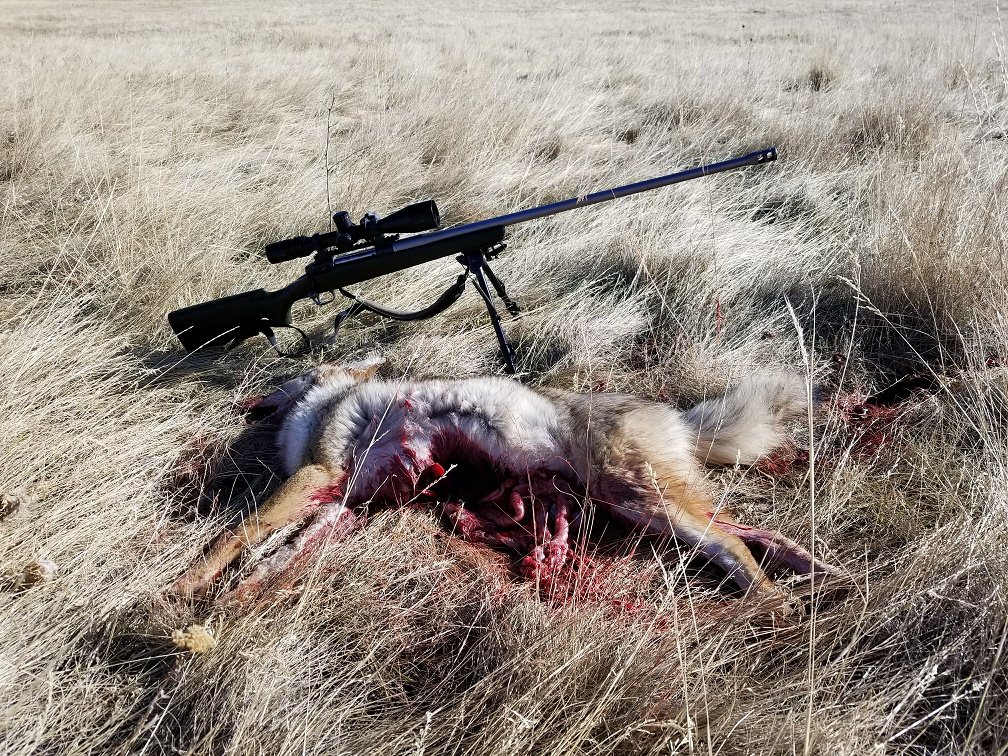 A 110 Barnes TTSX from a 270 WSM will cut a coyote in half, I've never had one twitch after being hit with one regardless of where the hit was, I hit one running through the back end and it rolled up into a dead pile like I hit it though the shoulders, back end was totaled, not a fur bullet!!

Shot him up hill and turning away the bullet would've come out a little higher on the other side and it did not. Here's a picture of the other side 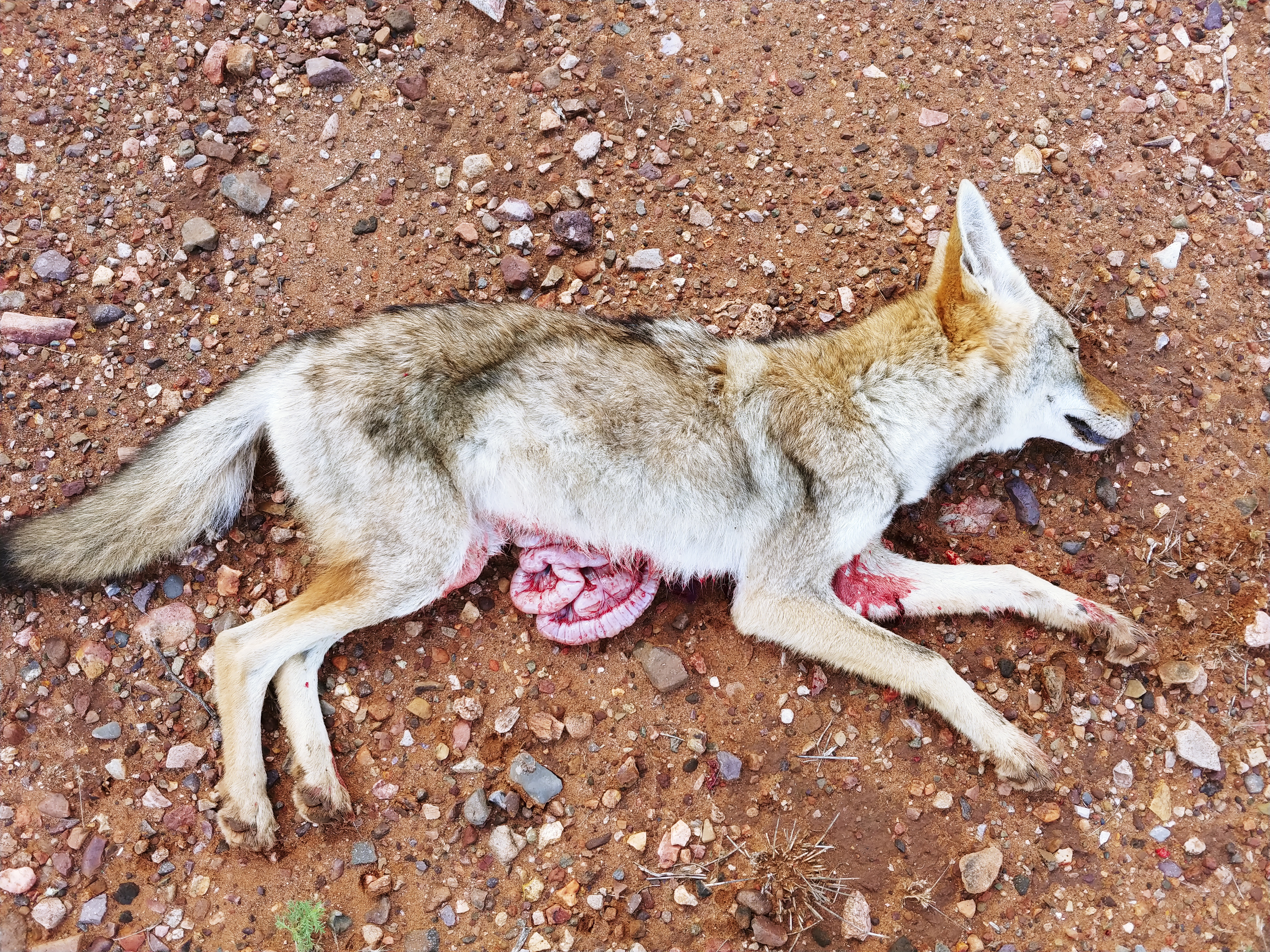 These are 300gr FMJ solids I shot into a Cape Buffalo at 25 yards a few decades ago with my 375H&H. The bullet on the right hit a rib on entry leaving nothing but a cracked rib, a small piece of casing, and ****ed off critter. The second bullet made its way into the vitals.......a couple of treacherous hours later. That first shot had but a few pieces of lead and jacket barely into one lung.....but enough to track and finish him. 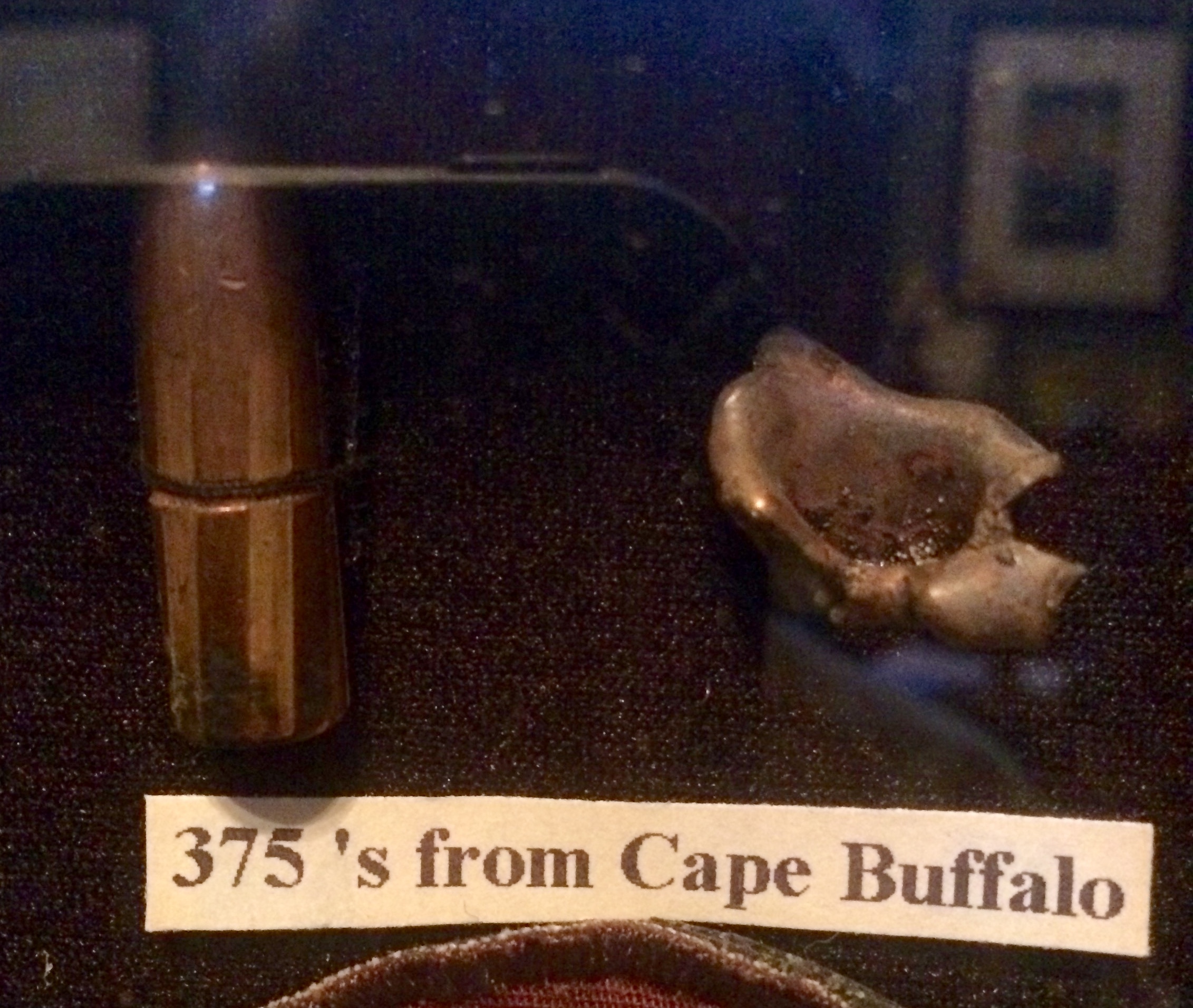 I once shot a javelina with my 10" contender 7mm TCU. The bullet was intended for deer, and at 1800 fps, it did not expand. I learned that you have to match the bullet with the velocity. I switched to Speer 115 gr. hollowpoints, and it drops them in their tracks. With my .270, I never had a bullet failure on deer. When I got a 7mm RM, and started hunting elk, I had to go to premium bullets. Most bullets are designed for deer, because that is what most people hunt. Heavy for caliber bullets work better for larger animals, and almost guarantee an exit wound.

My first big game animal was a bull elk in the mid '80's. Based on a recommendation from my elk-hunting mentor (not a very successful hunter), I used a 7mm RM with a 162g Hornady InterLock. Didn't have a chrono back then but book data indicated around 3000fps MV.

Shot a bull elk at about 100 yards. The bullet hit a rib dead center, cratering the back side, then passed through the elk, missing or barely nicking a rib on the far side and coming to rest under the hide. Retained bullet weight was under 48%.

There was no 'splash', but I wasn't happy with the results, either. Yup, the elk died. But there was no exit, which felt was due to low weight retention. And I felt the bullet should have retained more weight given that only one bone was hit.

The next year I switched to Speer Grand Slams and it took 20 years to recover one - all the others were pass-throughs. The one I recovered destroyed both shoulder joints on a nice 5x6 bull, coming to rest peeking out of the joint on the far side. Retained weight was over 70%.

Since then I used Grand Slams for the next 20 years or so. In 2015 I used one again and recovered it from another 5x6 bull ten at 411 yards, 4 steps and down. These days I tend to use tipped Barnes, Nosler AccuBond, Swift A-Frame, Swift Scirocco II and North Fork in my bolt guns and reserve the standard cup-and-core for my handguns and leverguns. I don't see any need to change.
J

Pushing a bullet with a magnum round, at 2500 miles per hour, 3.5 times the speed of sound, please please don't be surprised by spectacular devastating results on living flesh.

Bigeclipse said:
I have read many threads over the years about bullets blowing up on impact and not being a lethal hit with game such as a deer. My questions are as follows:

1. Has anyone ever witnessed a bullet actually blow up on impact with a deer, and not kill the deer? and what I mean by this is you were able to get a second shot on the deer and actually see the first shot in autopsy to confirm and not guess what happened.

2. If your answer to 1 is YES, I just do not get the physics of this so maybe someone can explain it to me. I just don't understand how a 140+ grain object going 2800+FPS can explode, even on bone, and the fragments do not still penetrate to the vitals.

I have used ballistic tips in the past in excess of 3000fps and while they definitely "blew up" inside the deer, they still took the deer out no problem. Ive yet to have one blow up on a shoulder and not had fragments penetrate to lungs and heart.
Click to expand...

I've tracked several for people where obviously the bullet blew up so shallow no significant damage was done internally or found them a mile or more later horribly wounded and still alive.

Deer are thin skinned and lightly boned so it's less likely with them than other larger or tougher game.

That isn't a bullet blow up, it's just a very thin skinned animal and a lot of bone turned into high velocity shrapnel.

Bullet struck the sternum and turned it and the close attached ribs into a fragmentation grenade.

Finally happened to us on a coues hunt yesterday. 6.5 ELD-M 147 at 560 yards (MV ~3000) hit squarely on the shoulder. Could see bone protruding from the entry wound but only lost function of the front quarter. Was able to take a follow up shot that was effective. When we quartered out the deer the front shoulder was shattered and we found jacket fragment scattered throughout the front quarter but there was not even so much as bruising on the rib cage under the front quarter. No penetration to the vitals what so ever. Would not have believed it on a coues deer if I had not seen it happen. That was my first and only experience using an ELD-M for hunting. I know many have had great success with the Ms but this happened yesterday. No guessing. ELD-X has been perfect when used by our crew so far.

And I wonder why people still use Match bullets in their hunting rounds. Miss-information!!!!!! I still remember that gel test video posted on here last summer with that same exact bullet and caliber. The gel test looked ok and the shooter and poster said the round would make a great hunting round out to 600-650 yards. Miss-information....unless you are shooting P-dogs or wood chucks.

A man has to know his limitations and that of thier equipment.
This is an entrance wound from a 110 Barns as fast as a 26" barreled 308 will thow them. In all fairness we knew from shooting prairie dogs with this round it was going to be very explosive and being a solid it would penitrate. I was watching through a pair of geovids at just over 200 Yards and ducked outof the glass as parts where flying my way=wow only begins to discribe the impact!
The goat was at a full run, lost front wheel drive on impact and was stone cold dead when we got to him.......... very effective but we save the110s for prairie dogs and coyotes 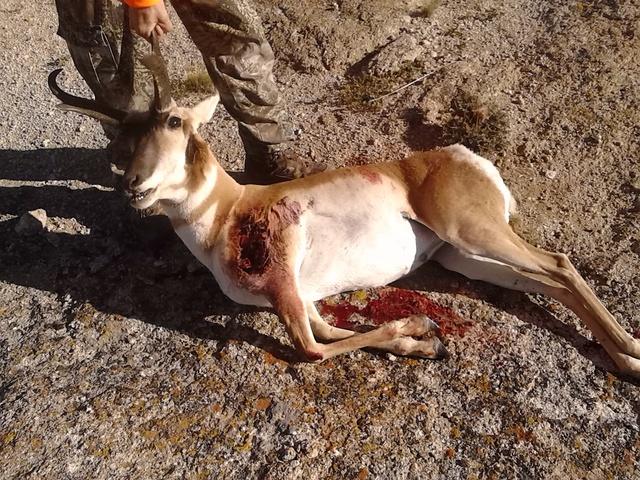