Picked up a Marlin .30-30 a couple weeks ago for fun and hunting in heavy timber/cover (never owned one before) and it's currently on the way back to Marlin/Remington. Scoped it, bore-sighted it and noticed bulged primers right off the bat. Didn't even make it through a box of Factory ammo (Remington 150gr Cor-Lokt) before a case completely separated on me. I know that lever-action guns typically have sloppy chambers, but GEEZ...... 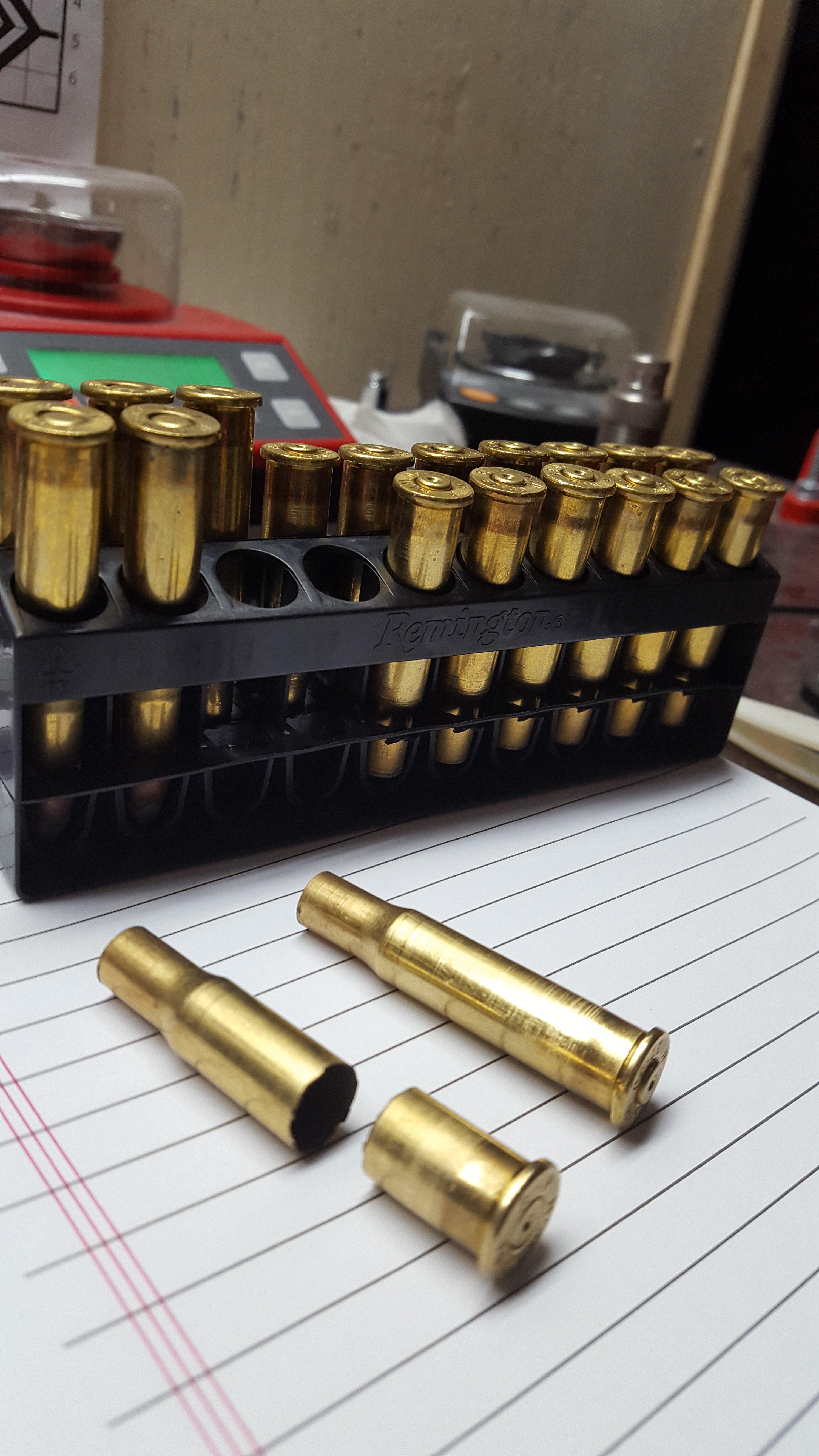 That SUX. I hope you got a one off and they do you right. Please keep us updated on things work out.

A Marlin 35 Remington was my first deer rifle and I have kinda always wanted one since. Have head several say that the quality went down hill after Freedom Group and Remington bought them out.

Will do! I had always wanted a lever-gun and I really wish my first experience with one hadn't turned out the way it did. It happens I guess.
G

I would say make sure the rims on the cartridges weren't too thin. But with the amount the primers backed out of there, I'm surprised you didn't have any misfires.

The design of the Marlin 30-30, is absolutely awesome. A mid range, do-all rifle that carries like a dream. Don't throw the last statement out the window. "Carries like a dream" is important to anybody who actually goes into the woods and isn't busy taking "selfies".

All that said, Remington Outdoor Company may well be the worst gun maker on the flat-earth. Seriously... would you buy a Ferrari from a salesman who wasn't old enough to have his learners permit? Then why would you buy a gun from a company that want's your gun to malfunction? Think "Shindler's List". For those who are to young and don't have a clue... Shindler sabotaged his own factory so no working bombs could be made, according to the movie.

Remington Outdoor Company, IMO, want's to ruin all lever action guns. How sick is that?

Now... all a person can do at this point is send his gun back to Marlin. Experience shows, IMO, that results range for "acceptable" to ****-poor and no help at all. Just send the piece of crap Marlin product in to their questionable repair facilities and, oh, by the way... be prepared to be totally failed and disrespected. It's a lever-gun, and not a toaster. Basically, the dumbest person on Earth could help the poor customer but Remington may or may not throw their customer under the buss. Flip a coin. Bad guns that hurt people is a Remington trademark, or so say's the people who have been hurt by their triggers.

I have a Remington/Marlin SBL. I'm scared to death that it's a total piece of crap and is unfit for hunting. Just look up Marlin SBL stuff. You will get what I mean.

IMO, Remingtoin Outdoor Company is the least reputable and most dangerous gun maker out there. IMO, the worst quality control in all of gun making and that includes a dude in a cave in
Afghanistan. You think I'm kidding but I"m not. IMO, you can buy a more reliable gun from a one-armed dude in a turban, outside of a cave, in Afghanistan, than from a distributor of Remington Outdoor Company products.

If it weren't true, then why are we even talking about it?

@Mike 338
Interesting take on that! Since reading your post I have found several blogs on other sites pretty much saying the same thing. I probably should've done the same "homework" on this rifle that I would certainly do before purchasing other rifles, but I just didn't think it would be necessary considering the intentions I had for it (short-range woods hunting applying the occasional "scratch n dent", getting dirty/bloody, etc.) Guess It's asking too much for one of these to just function like it should much less be accurate. I don't know. I will say that the initial phone call I made to "Remlin" was positive in nature and the rep I spoke with seemed polite and eager to help. Hopefully there's not a bill at the end of this fiasco that has me putting more money into it than what it's actually worth. We'll see.....

That's more than a sloppy chamber, it's dangerous head space. Was this a new rifle you purchased.

cape cove said:
Was this a new rifle you purchased.
Click to expand...

Not a brand new one, but one that had LESS than 1 box of ammo through it (or so I was told). The fella I bought it from bought it new last year at our local gun store. I don't think he knew there was a problem.......OR, maybe that's why he parted with it? In either case I sent it back to the factory. With safety and ethics in mind there's no way that rifle should be in anyone's hands until it's fixed.
P

Don’t buy a Remington Marlin, look for JM on the barrel, that’s pre-Rem.

Don't see those North Haven Marlins here much....if at all. Probably a very good reason for that, too.

So, I got a call from a Remlin representative today. She asked me whether to send the rifle (once fixed) to my home address or the local gun store where I bought it (shop owner felt bad and took care of shipping for me). I told her to just ship it back to me. She said, "That's probably the best thing to do because if we have to CHANGE THE SERIAL NUMBER on the rifle you would have to pay the shop owner another transfer fee". I didn't really know how to respond to that.......
P