Thats a question not a statement. But thanks for telling me my business and what i know. Good day sir
S 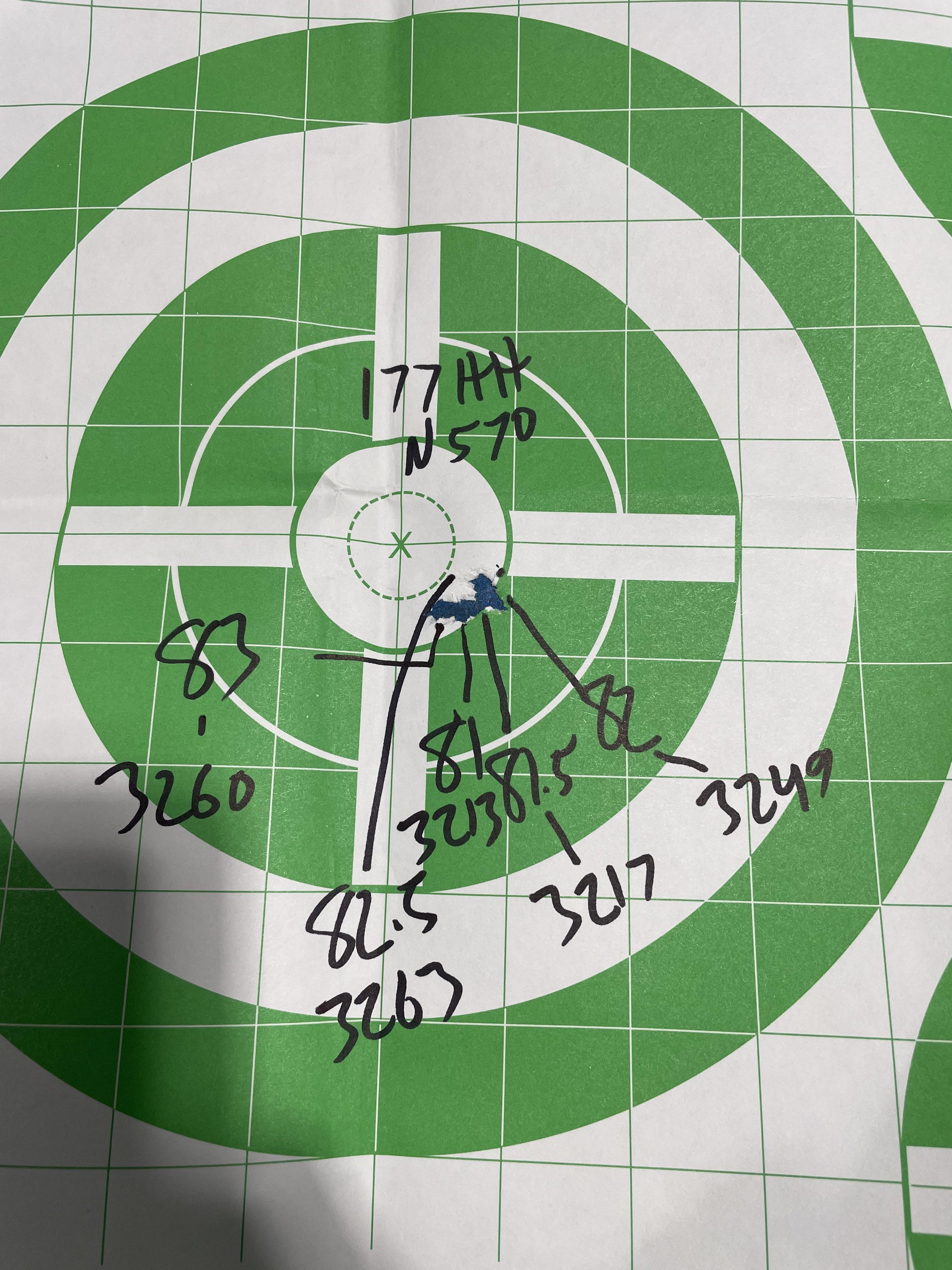 The 177 hammer hunters arrived this week. Went to the range today to see where pressure was found. Started to see pressure at 82.5 but decided to go to 83. In the picture of the target, is 5 different shots, each with a different charge weight of VV n570 (81gr - 83 gr). They all fell into a group that was measured under .67”. For a charge weight spread as large as this one and the overall group size, I’m impressed, especially considering I’m not the best shot either. Also, they did not blow up like the eldms. Shot a few 180 vldh’s as well to find pressure and they did not blow up either, even up to speeds near 3160 FPS.

B
22/6mm bullets blowing up