Saturday morning went out Chuckar hunting in Northern Nevada with my brother and some buddy's. Walked a couple canyons with no luck.
Met back up with my friends dad who said he had 3 cats not 200yds from him drinking out of the spring, he believed them all to be large toms.

My brother having a tag in his pocket and rifle in the truck instantly called the chuckar hunt off. We ventured out to see if we could get a look at these cats. Long story short spent 2 hours glassing with no luck. So we proceeded to get a couple quail to finish the afternoon.

As we got back to the truck to meet up with my buddy's, we heard a coyote just over the hill making all kinds of noise. Not communication with others, just barking to bark it sounded like. I grabbed my rifle and my brother grabbed his, we took off to see if we could take this coyote none the less. As we topped the ridge I noticed the coyote trotting a little 2 track road that I ranged at 315yds. I quickly got set up and dialed, I'm shooting a custom tikka in 6.5 creedmore topped with a Leupold VX6HD with the custom CDS dialed for 140 Berger VLDs. I wasn't steady so I stole my brothers bipod off his rifle, settled in and MISSED. Shooting just over his back the coyote took off and I'm sure still hasn't stopped running.

5 minutes of talking and poking fun at my shot went by, when I caught something shine 50 yds up the road from the coyote. It moved very oddly from anything I've every seen (mind you I've never seen a lion in the wild, we always buy the tag for that shot in the dark opportunity). My buddy having the binoculars throws them up yelling it's a Mountain lion, then panic sets in. All you hear is bolts cycling. The big tom slowly worked his way to the top of the mountain never offering a good shot till right at the top. He held up just below skyline above a tree facing dead away from us. I ranged him right at 385yds shooting up hill
maybe a touch farther. My brother was shooting his sako .243 with a 20" Christensen barrel with a 2-10x50 leica running an 87gr V-Max. Using just hold over shooting off his knee (because I stole his bipods) touched one off. In all honestly I thought no way. Looking through my scope I expected to see dust, I was very wrong. I heard that loud thump and that cat flipped and flopped,
Looking like a tornado. We completly lost it, cheers went out along with handshakes and hugs.

After an hour of time climbing to the top of the peak he was at, we finally stood where he was hit.
Seeing only a drop of blood worried us. But after a short trail we found him piled up under a tree not 100yds from where he was hit. The Nevada Department of Wildlife aged him at only 2 years old saying he was very large for his age. He weighed in at just over 170lbs. For reference in the photos my brother is 6'3". My mom has decided she wants to get him full bodied coming off of here pot shelf in the living room. We will officially get to score him once we get the skull back from the taxidermist. All in all I've never had a better chuckar hunt in my life. 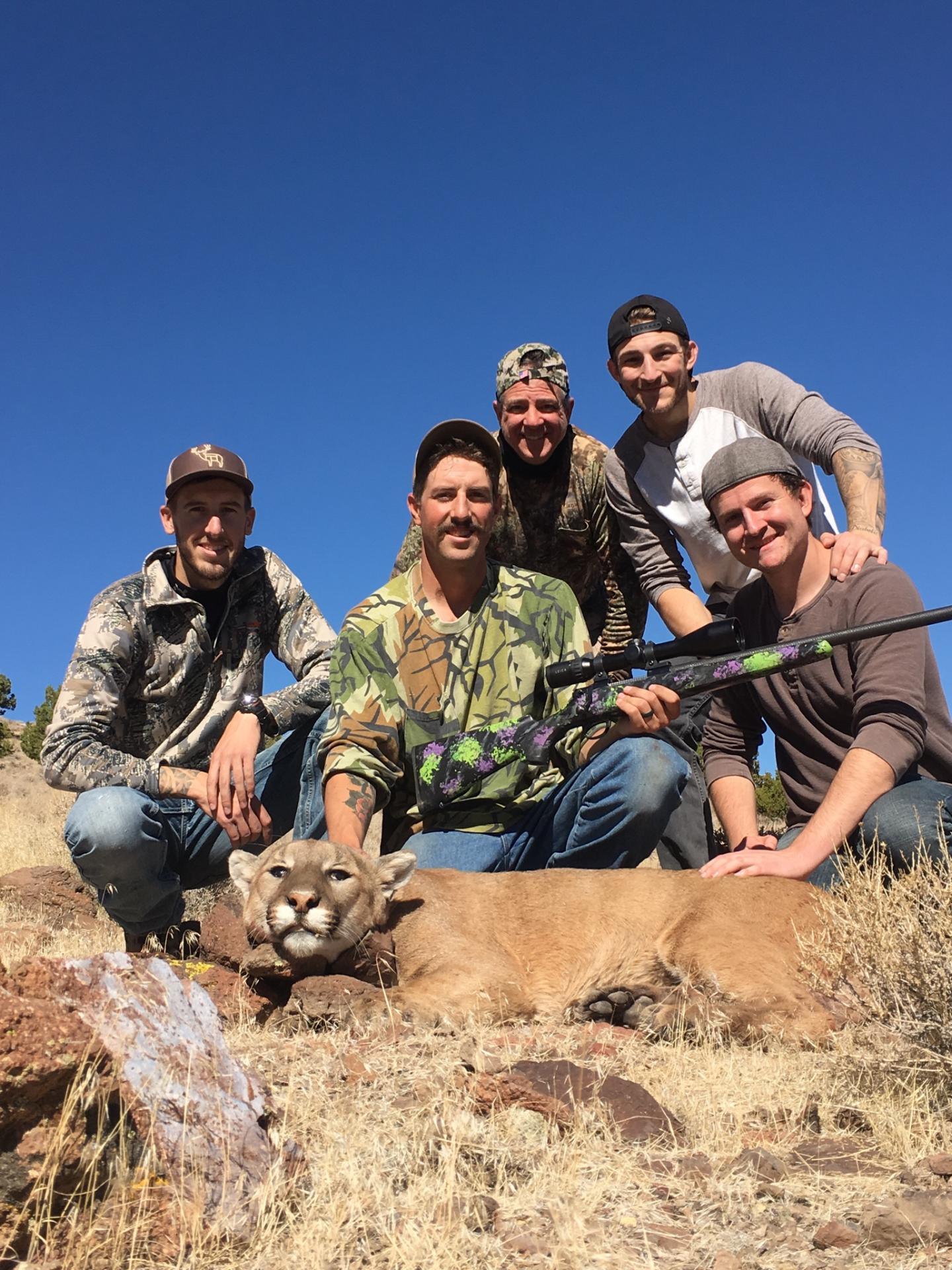 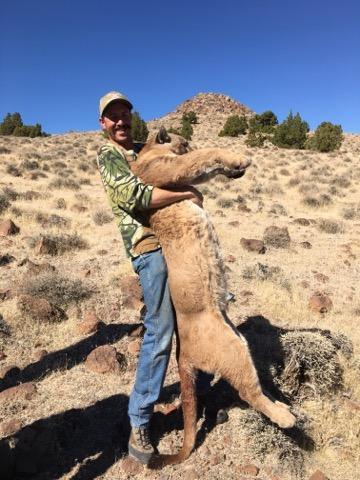 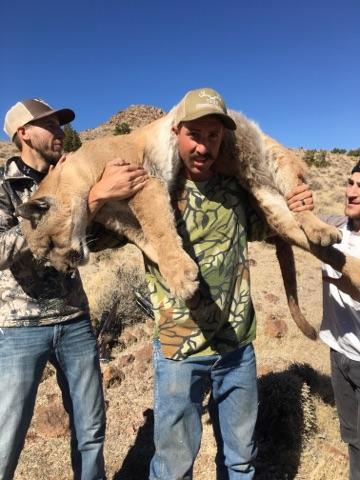 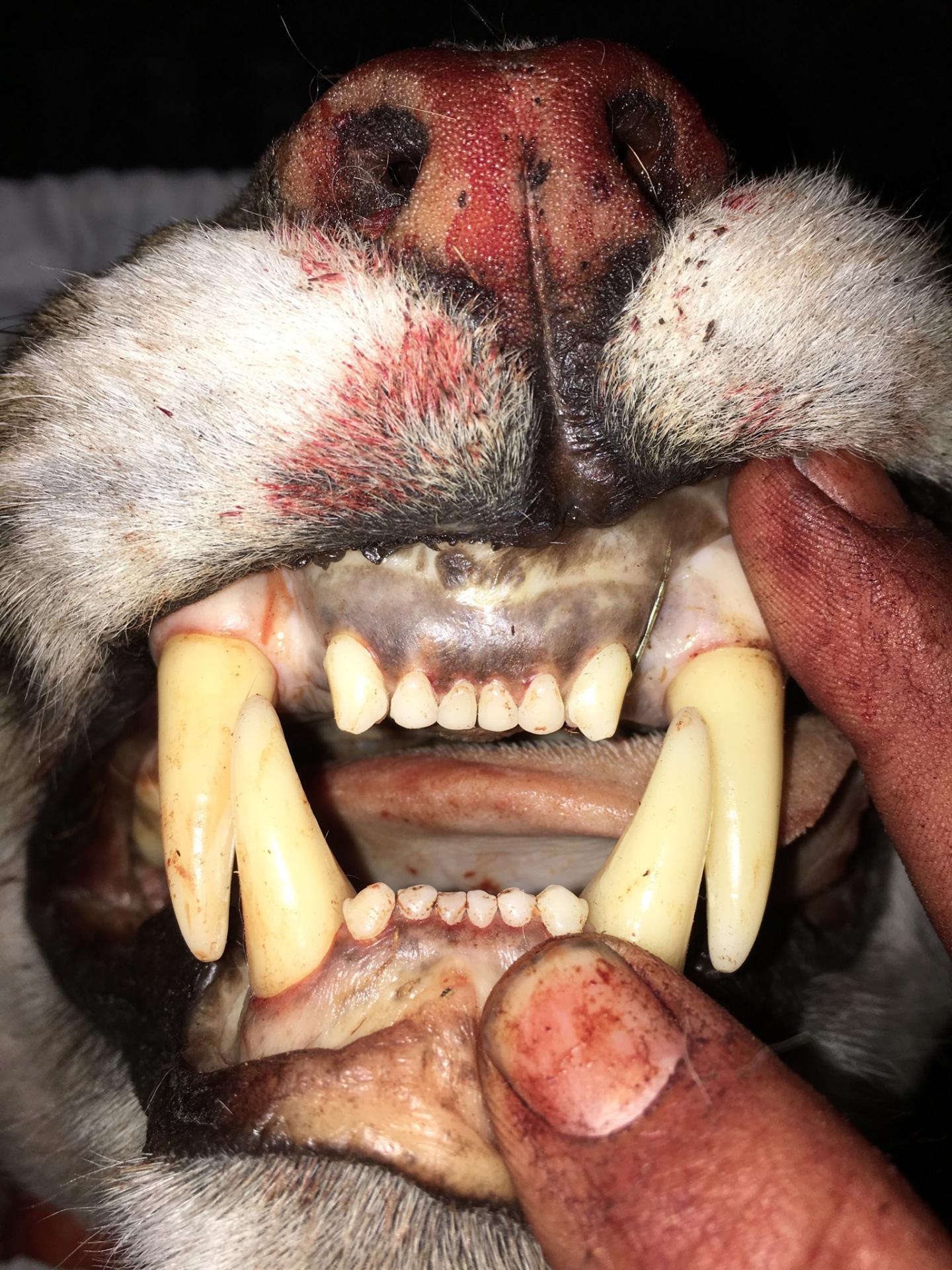 Great story, thanks for sharing!

That is awesome!!! Glad you had your rifles.. beautiful kitty

Great story! Saved a bunch of deer right there

I said the same thing when I saw those canines. I have no cat experience at all. But I have plenty of bear experience and those look closer to 4 than 2 Even the incisors are not sharp like a younger animal
L

That is awesome! Beautiful cat. I know some don’t like the big predators around and they do kill livestock no question but I’m still glad they exist.

You gonna eat it? Only tried lion a couple times but it was good I thought.

Congrats guys that is awesome. Thank you for the pictures and the story. Nice job

Not the first time I've heard of a chukar hunt producing a lion!