BEEMAN said:
For deer and antelope try a fast twist 25 caliber. Always fun trying something new. I’m really enjoying my 25-284 with a 1-7-25” twist Helix 6 barrel. Shooting the 131 BJ at 3150 FPS. Just waiting on a heavier Absolute hammer to be released. Hopefully they will have something in the 125 gr range. Very little recoil with a high B.C. bullet take the 25 caliber to new levels.
Click to expand...

The trouble with a 25 or 30 caliber is a lack of high BC bullets a quick look in any reload manual will show no .5 or above bc for 25. And 1 or 2 for the 30.caliber but in 7 or 6.5 wow 5 or more if you're hunting in those long beanfields you'll love those kinds of bullets. You can make a long range gun shoot a short shot easier than a short gun on a long shot. So I say go with the most new things out there that already did all the comparisons and most likely to accept the newer longer bullets that come out the next year you get your gun done... 6.5 PRC

Paladin300 said:
Ackley the 6.5 swed (6.5 Addiction) and it will shoot neck and neck or out perform the 7 saum but will burn more powder to do it. The 6.5 Ackley also does not burn barrels as quick as the 284 although I never had a problem with mine being terrible on barrels 1500 rounds +. A custom throated ackley would be my choice.
Click to expand...

Im very intrested in the 6.5 swed AI dies would be the only thing in question

MAYBE a TIKKA T3X next time for me.

I like the TIKKA bolt face and extractor.
SAKO (L), TIKKA (R)
(Both made by SAKO.) 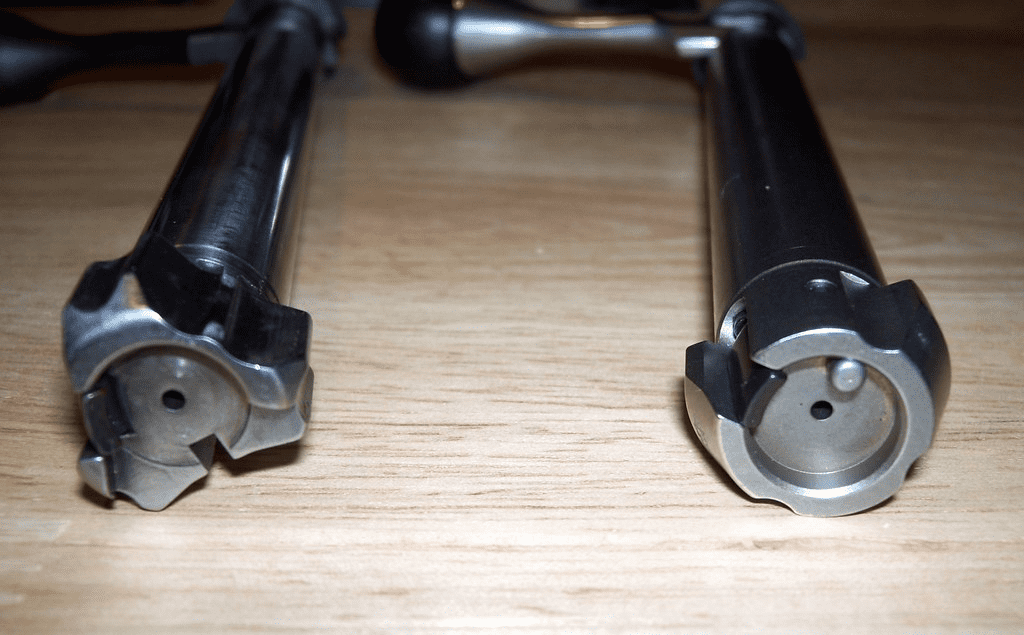 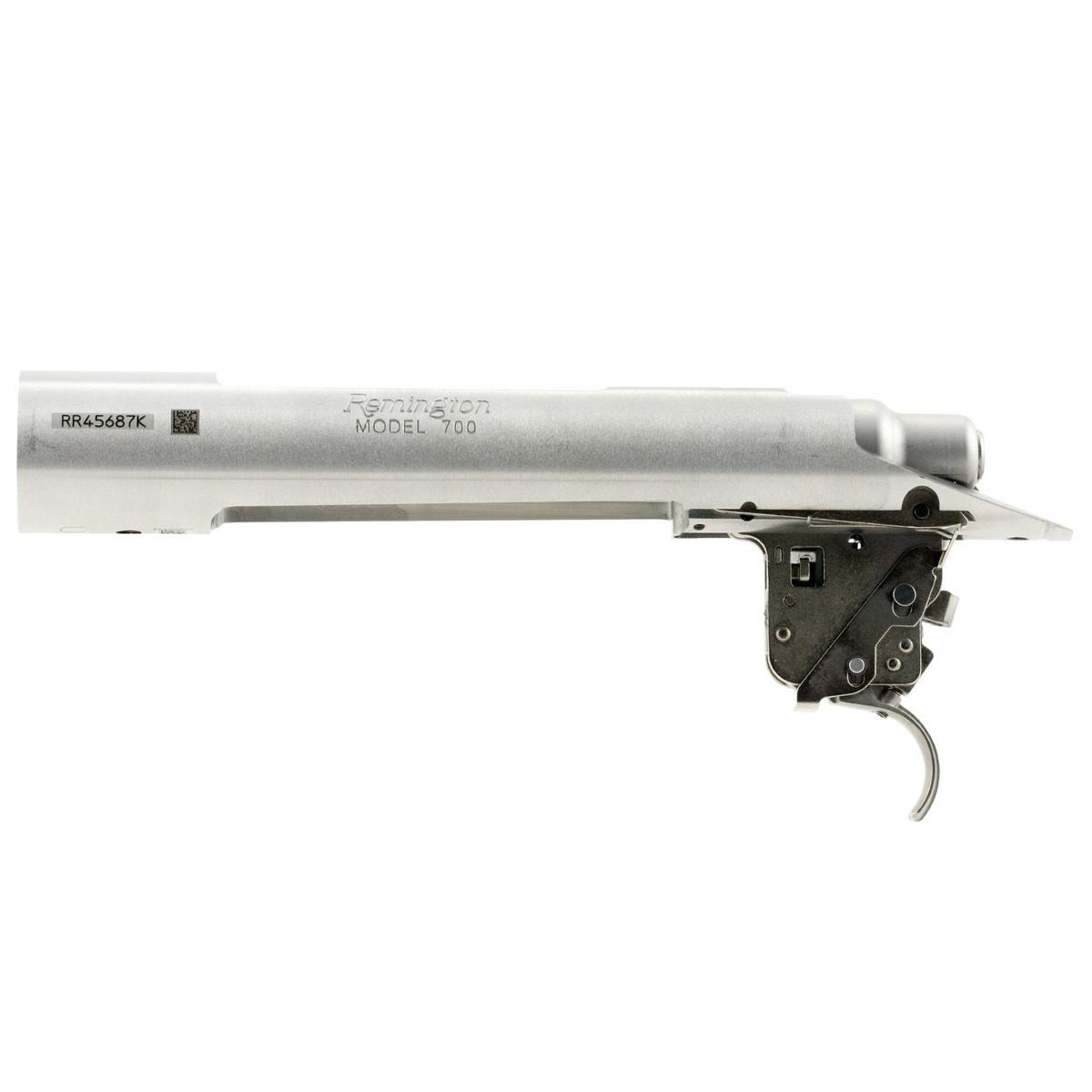 I've built or currently own most of the rounds discussed. I agree with those behind the 6.5 X 55 SE. I have two of them and they shoot right along side of my other 6.5's, mostly custom built. Just put together a 6.5 SST and it's a shooter as well but thinking back over the last 35 years of building rifles I'd suggest buy a CZ or Tika in 6.5X55 and take the savings of a new custom build and buy a Gold Eagle Coin, put it in your gun safe along side you new rifle. Ten years from now you'll be happy with your decision. Just my 2 cents today as I sell off my rifle collection of "CUSTOM BUILT RIFLES" Merry Christmas.
T

gilkison said:
What is your budget and max expected range?do you reload? LA or SA?

6.5cm or 6.5prc are great rounds and there is plenty of good factory ammo available. I would stay away from wildcat rounds that rely on fire forming - it’s a messy headache if you haven’t done it before.

If you’re only shooting 600yd or so at small/medium game then 6.5cm will be fine. Might think about going to a 7-08 or even 7RM for larger/tougher game.

Why not try something like a savage 110 or Bergara b-14. There are so many good affordable options now. There’s no reason to go full custom unless you have the money or want better than 3/4-1moa accuracy you get in a good factory rifle but you will only be able to take advantage of that accuracy in a custom gun with good hand loads.
Click to expand...

I agree with the lack of high BC bullets for 25 cal. But sometimes the “want” for something different wins out. The 131 BJ is a slick high BC bullet. Hammer also offers some heavier hunting bullets. I’m definitely not sorry I built a 25-284. It’s super accurate and very fun to shoot. I had all the other calibers covered and my 25-06AI was shot out so the decision was easy. For deer size game I think it’s great. Heck my 25-06AI running 115 Berger’s was a deers worst nightmare. With so many options out there now there is really no wrong answer and really depends on what a guy will use the rifle for.

280AI might be another good option for you as it will work with your potential donor action. I just built one on an old Rem 700 30-06. It has exceeded all my expectations in terms of performance.

Gabulldog91 said:
Looking at building my first custom gun, rifle will be used for primarily deer here in the south but I will take it out west for antelope/mule deer.

I really love the 260 rem cartridge so I'd like to stay in the 6.5 family but having a difficult time decideding which one.

Hit me with any and all suggestions yall might have. Doesn't have to stay 6.5 either thats just a happy home for me
Click to expand...

Since you mentioned antelope out west I'd go with speed for the longer shots that often present themselves out there (I hunted speed goats in Wyoming and the closest shots were 300yds). You want fast and flat.

I am one of those social outcasts that shoots a 6.5 Creedmoor, but with the list you mentioned, it would be hard to beat the 6.5PRC or 6.5 GAP/SAUM for the intended quarry. Since you are a 260Rem aficionado I'd also recommend the 260AI as a close second, as others have already said.

I almost had a 260AI built for my trips to Wyoming but ended up going 280Rem instead since those trips also include a chance at Elk and Muleys, that and I am already getting 99% of the performance of the AI with my 6.5CM running Alliant RL16 so adding a different case didnt make sense.
O

Not a short action, but if I was going to build another custom I would build a 7MM Practical. Almost did, but build a 28 Nosler instead. Bad move. The Practical has almost as much velocity, better barrel life, and PLENTIFUL cheap brass. This makes it one of the better wildcats.
Y

Gabulldog91 said:
Looking at building my first custom gun, rifle will be used for primarily deer here in the south but I will take it out west for antelope/mule deer.

I really love the 260 rem cartridge so I'd like to stay in the 6.5 family but having a difficult time decideding which one.

Hit me with any and all suggestions yall might have. Doesn't have to stay 6.5 either thats just a happy home for me
Click to expand...

If you are happy with the 6.5 family it might be fun to create you own rifle in the caliber you are most familiar. Deer and antelope hunting, as well as shooting paper and steel at long range: 6.5 cal very good at both. Building a custom rifle, in my view, has it's own set of challenges. Have built four; made some mistakes, made corrections, and have learned a lot from the process. Built a super relationship with gunsmith. Lots of positives. Good luck.
D

Gabulldog91 said:
Im very intrested in the 6.5 swed AI dies would be the only thing in question
Click to expand...

Its been around for a few years now, dies are available. My buddy runs a 6.5 addiction, it works well. I myself have a .260 ackley, and am more than happy with a 142 smk going 2970fps. We placed 3rd and 4th at the Nightforce ELR match in 2019, hunter class. Both will shoot to your expectations. Remember, the 260 rem and 6.5 swede brass is going to be available, long after the Fudds have hoarded the 6.5 PRC and Creedmoor components.
J

All great calibers that perform. Having to keep supplies in mind is a bummer, but a reality. Over the years we have seen thin periods of time, but have never witnessed the present. I pray we hold the senate. I can’t imagine what this cringe worthy administration has in mind with Beto as the gun czar. Molon Labe!
You must log in or register to reply here.