Some of my fondest memories are with my friends in the field and at matches!! Thanks for posting this!!!

I realize that every hunt I am on with my father may be his last, and I sure do relish our time together.

When he was younger and in better health, we hunted the globe. Now he's happy just to be in the field behind a rifle.

He has difficulty getting up and down, so a few years ago I stuck him behind the tripod. He became very comfortable with it. I don't know how he does it, but he's got her dialed in.. He took all the shots from the tripod. I shoot from the ground.
N

You can never spend too much time with your dad. Great job!

Location
wales in the uk

great story i hunt with my dad and he/s 72 yrs old,i see your dad like mine as not lost his touch when its it comes down to shooting [the old buggers are still hard to beat lol ] atb steve
I

Finally made the time to take my father out for some good ol'e groundhog hunting. It was a "bittersweet" day as my good friend and forum member, Phil aka.. Philny1, could not share the day with us as he passed away in March.
These hunts were a summer ritual for the three of us.

I took my .284 Baer rifle that was Phil's favorite in the field, and his Leica binoculars. I needed part of him with us...

I spent the day behind the big eyes finding a pile of critters for my Dad to poke holes into. He was an absolute terror on them with the .240 Wby.
He stole this rifle from me about 10 years ago. It was the first one I stocked with my A-5L. I tried pulling the Leupold scope off of it and putting one of my Schmidt and Benders on it because his old eyes just aren't what they used to be, but he refused to let me. He's 84 years old, and can shoot just as good or better than most of the guys I shoot with and against.

He stacked these critters up like cord wood, with some very impressive head shots out to 646 yards. Yep, the 105 Berger going through the air at 3,380 fps is bad medicine.

Our day came to an end when I sent a 180 Berger into the noggin' of a critter at 873 yards. Divine intervention? I don't know. Luck? I don't know... What I do know is that I spent quality time with my father, and my good friend Phil was present in spirit. 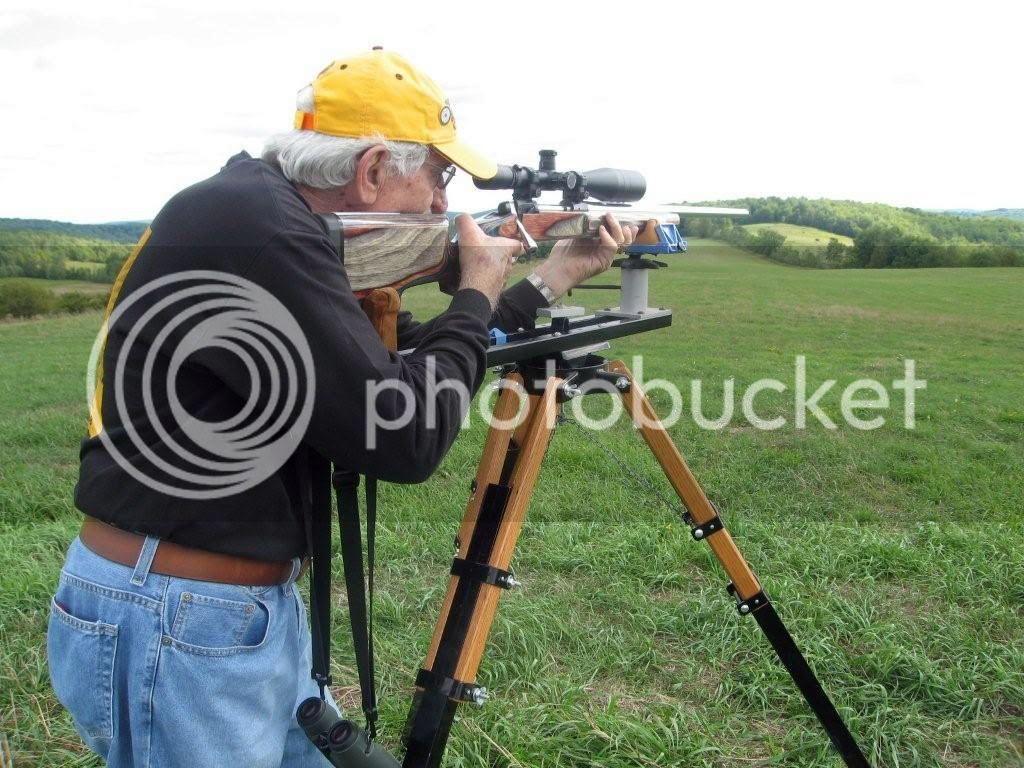 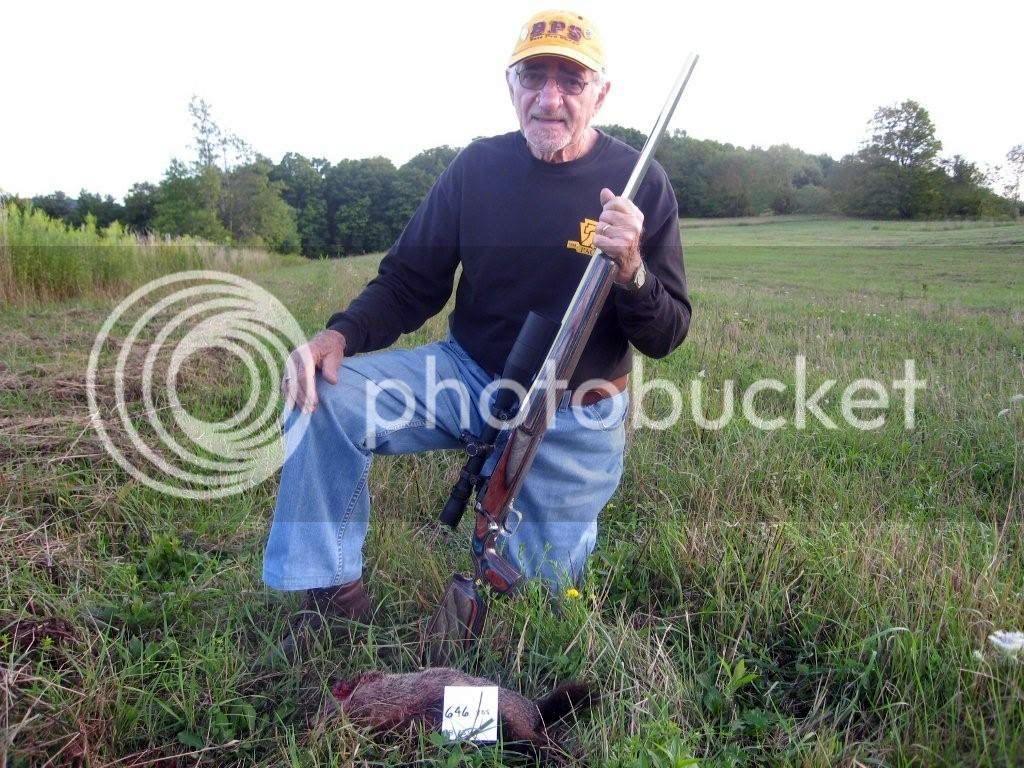 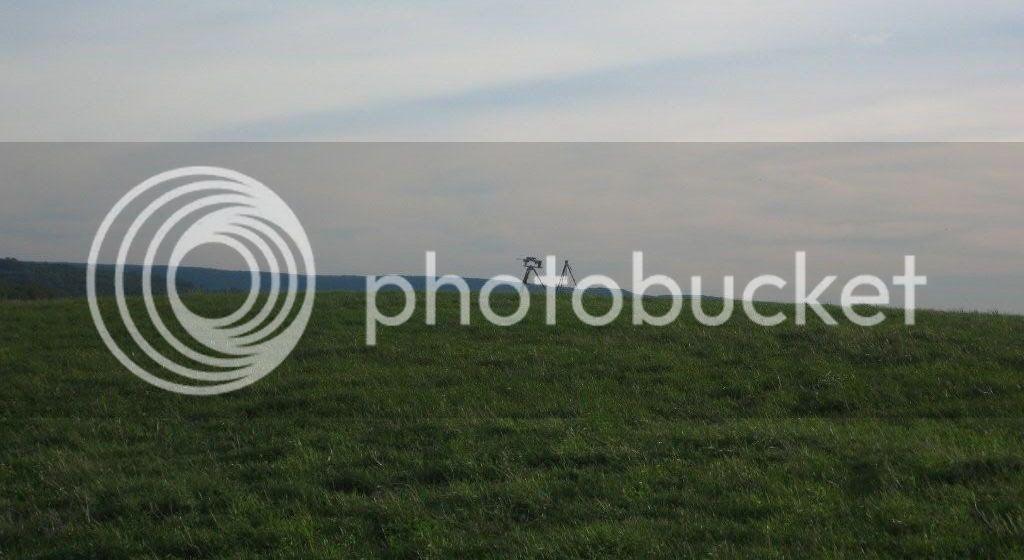