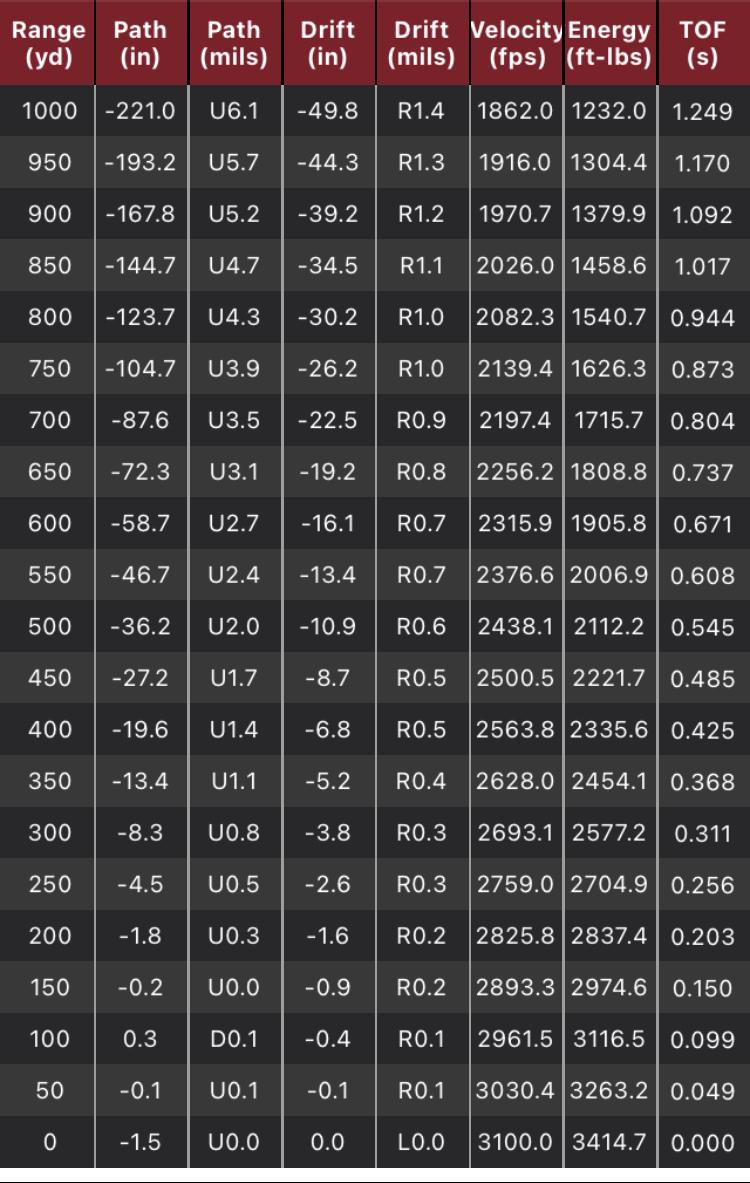 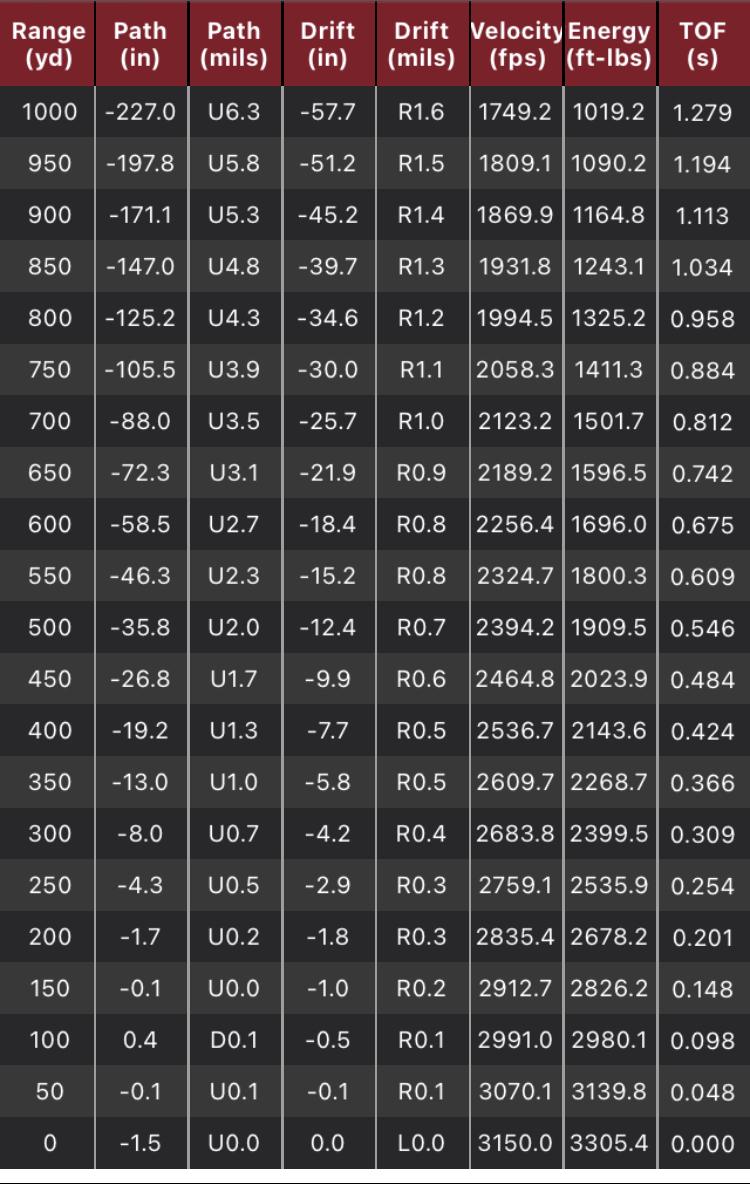 Just about got my load figured out and then flyers like crazy. Ran the bore scope in and second half of barrel is copper fouled bad! Cleaning her up now. Hopefully that brings it right back to 1/2”@100
H

MTbackwoods said:
Any data with the 125 in a PRC yet?
Click to expand...

Here's my velocity test with H1000 in a 26" barrel, adg brass, tikka action cut with 225 freebore. Never found any pressure. Accuracy was horrible very few groups were under moa at 200y. My barrel is an 8tw. My seating depth obviously needs tuning, but nothing here showed any promise.

Location
The Great Republic of Texas

jasent said:
Just about got my load figured out and then flyers like crazy. Ran the bore scope in and second half of barrel is copper fouled bad! Cleaning her up now. Hopefully that brings it right back to 1/2”@100
Click to expand...

How many rounds fired before it fouled up?

Looks like a Hammer A-Tip. Had that poor Pronghorn doe of the OP killed and processed in hamburger and tenderized shoulder roast all in one shot!

WahooYahoo said:
How many rounds fired before it fouled up?
Click to expand... 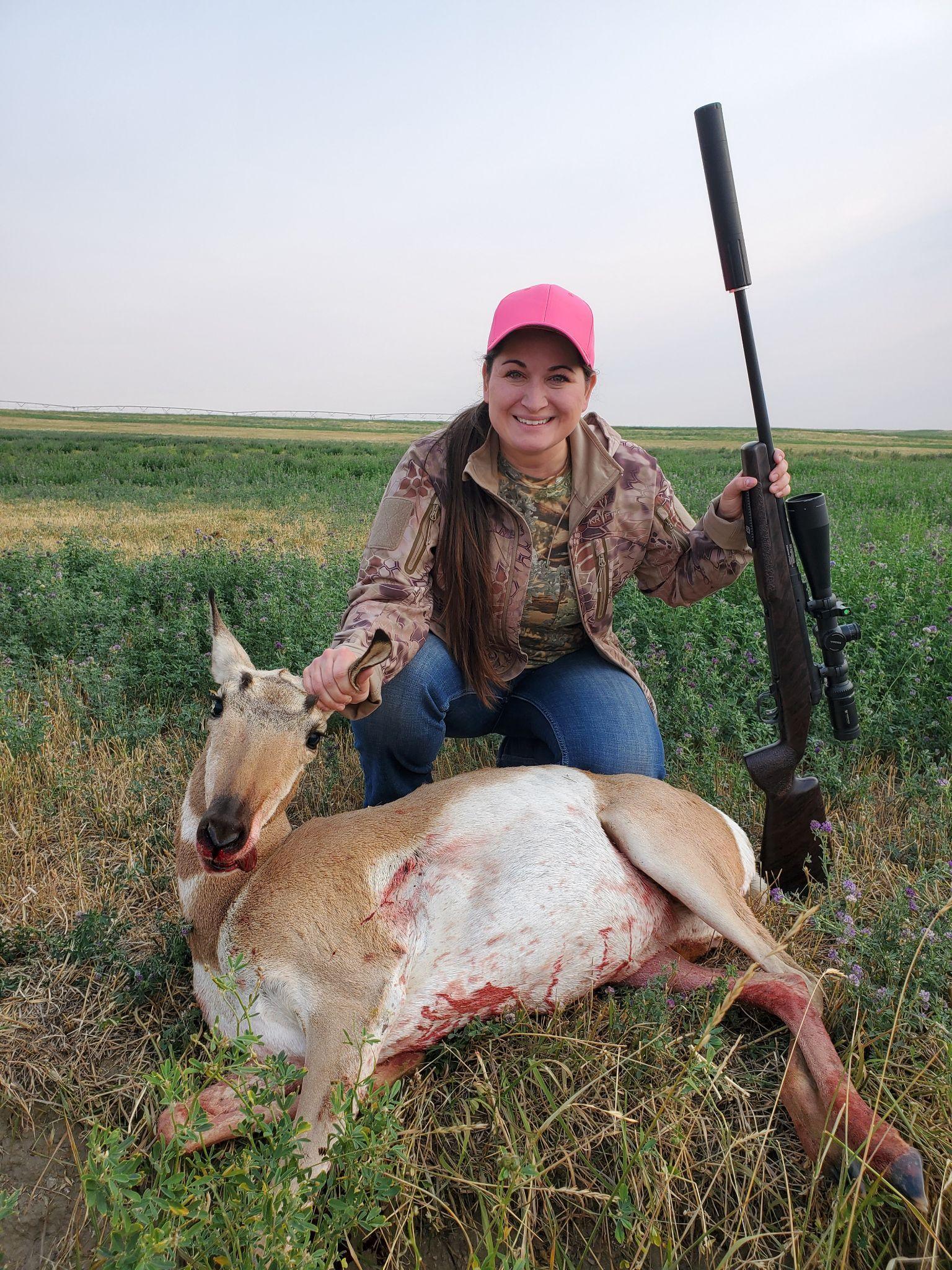 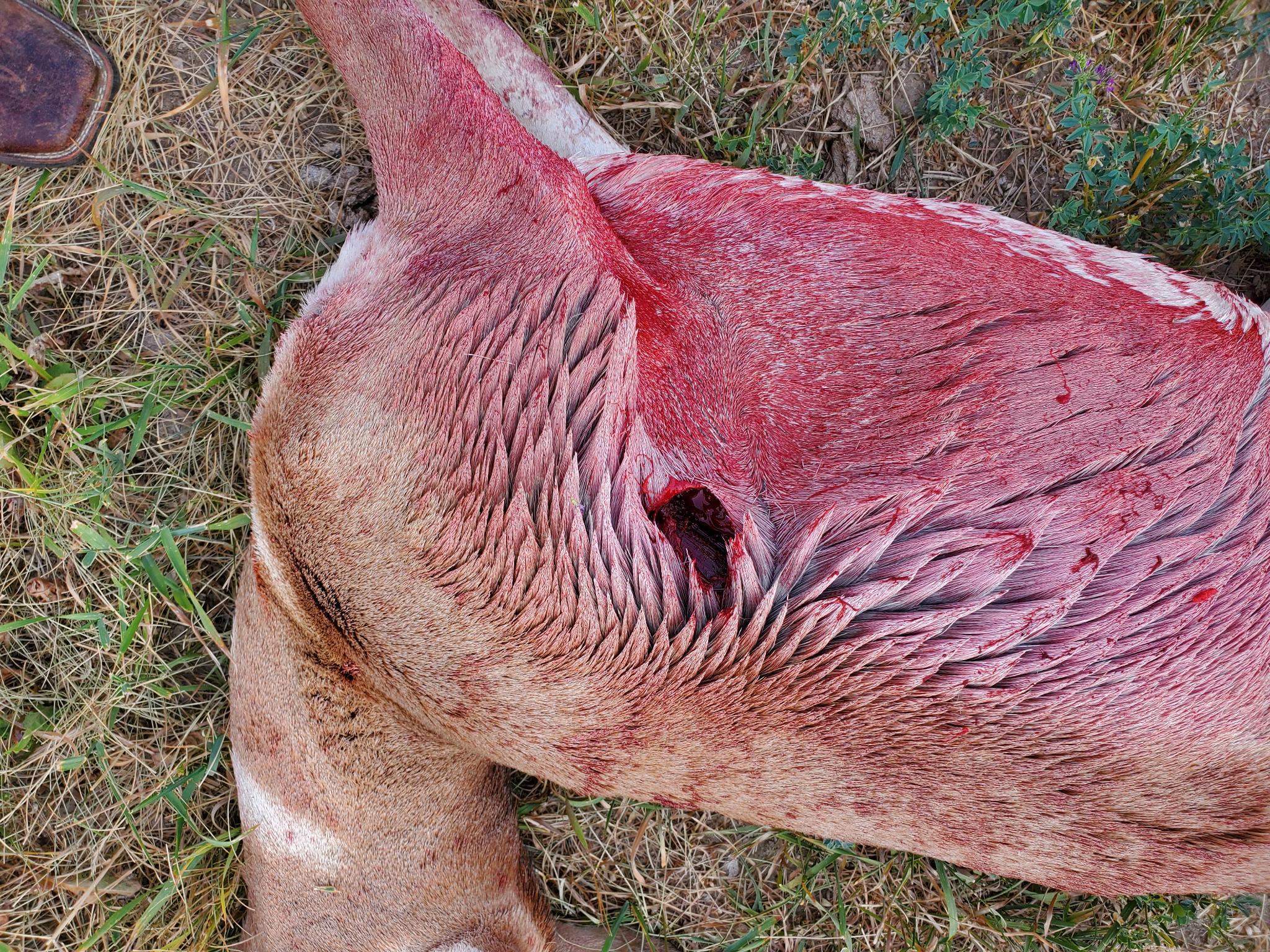 This is very encouraging. I just bought some 175 Bulldozer 2s to run in a .308. Hopefully it will have enough horsepower to get good expansion from them.

Well, the caribou were both close. 150 and 100 yards. Dumped the first one where it stood and the second went about 5' and tipped over.

First shot on my moose was 880 yards and I made a bad wind call and hit him too far back on the lung. Adjusted and dumped him at 950 yards. He spun left and tipped over. Full penetration with the 275gn Super Bulldozer II's at 880 and 950.

Waited almost an hour before shooting the moose. Kept thinking he'd come closer as I called. He was more interested in finding another bull to fight. Closest he ever got was 875 yards. Luckily it was in the morning so we had plenty of time to clean him and get him back to camp before dark.

Can see the knob I was shooting off of in the picture with the skull and rifle. It's on the top left of the V notch.

Winter decided to come early and the temps dropped to 16° at night. Snowed all the way home from Fairbanks. 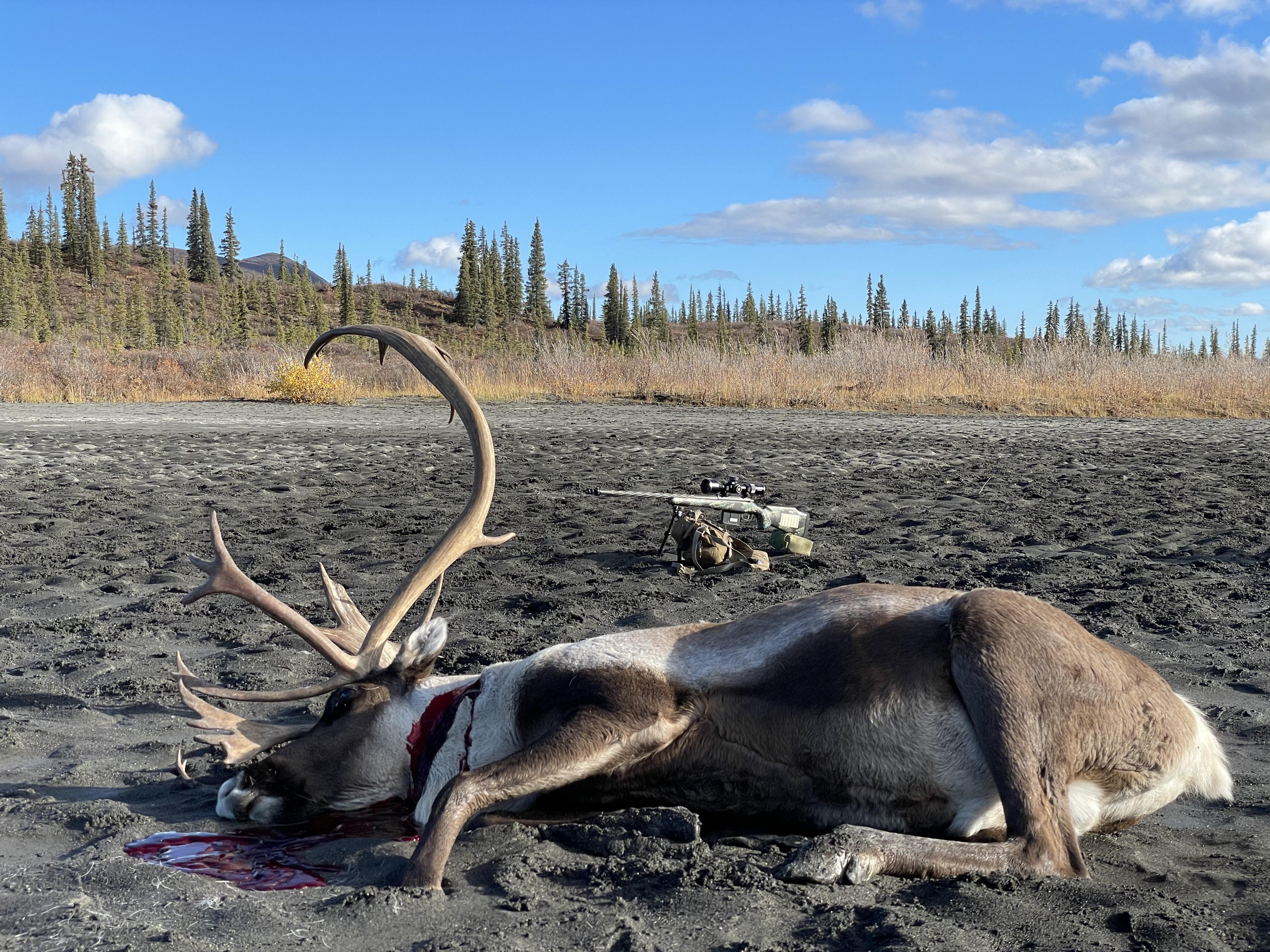 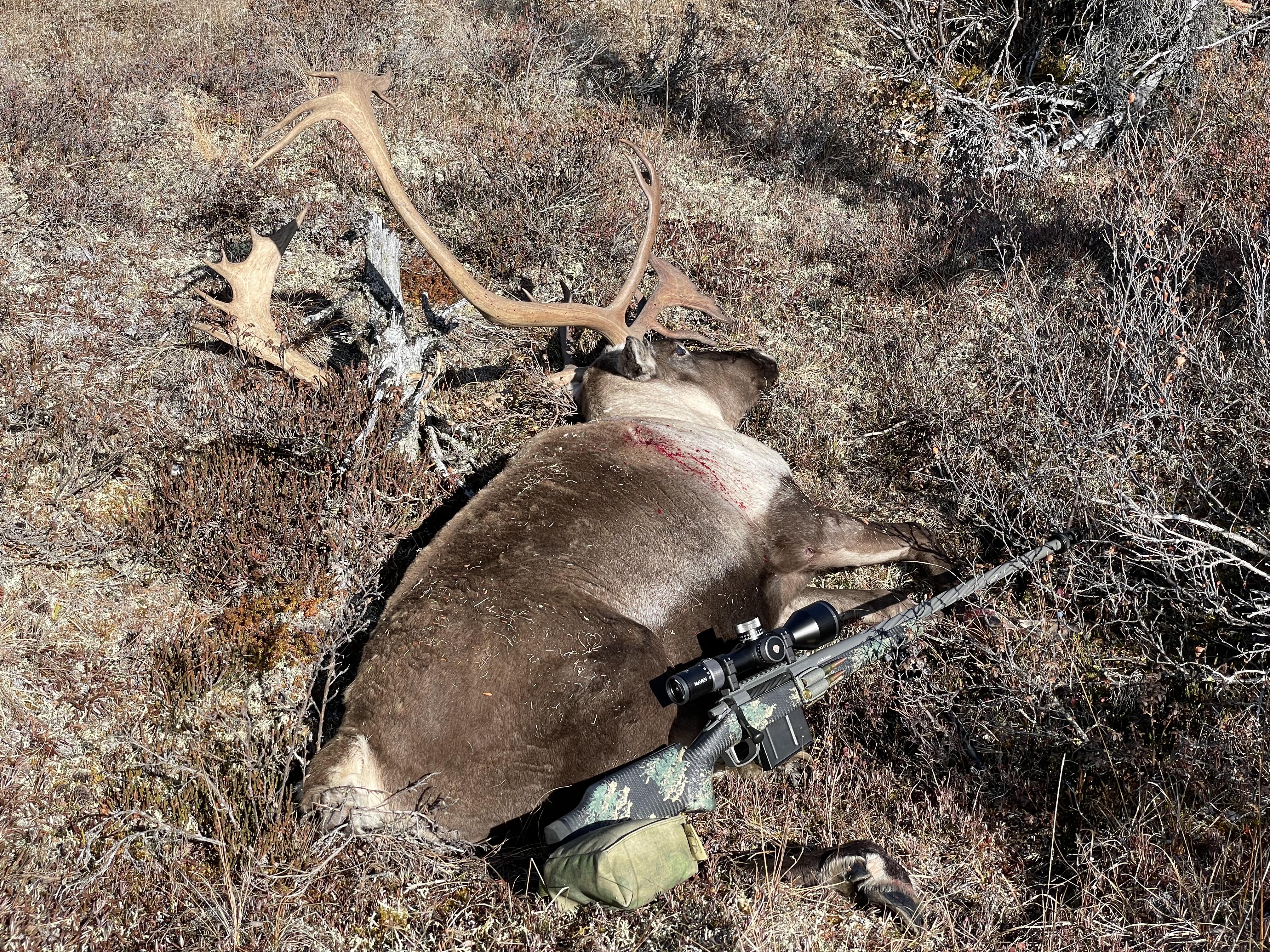 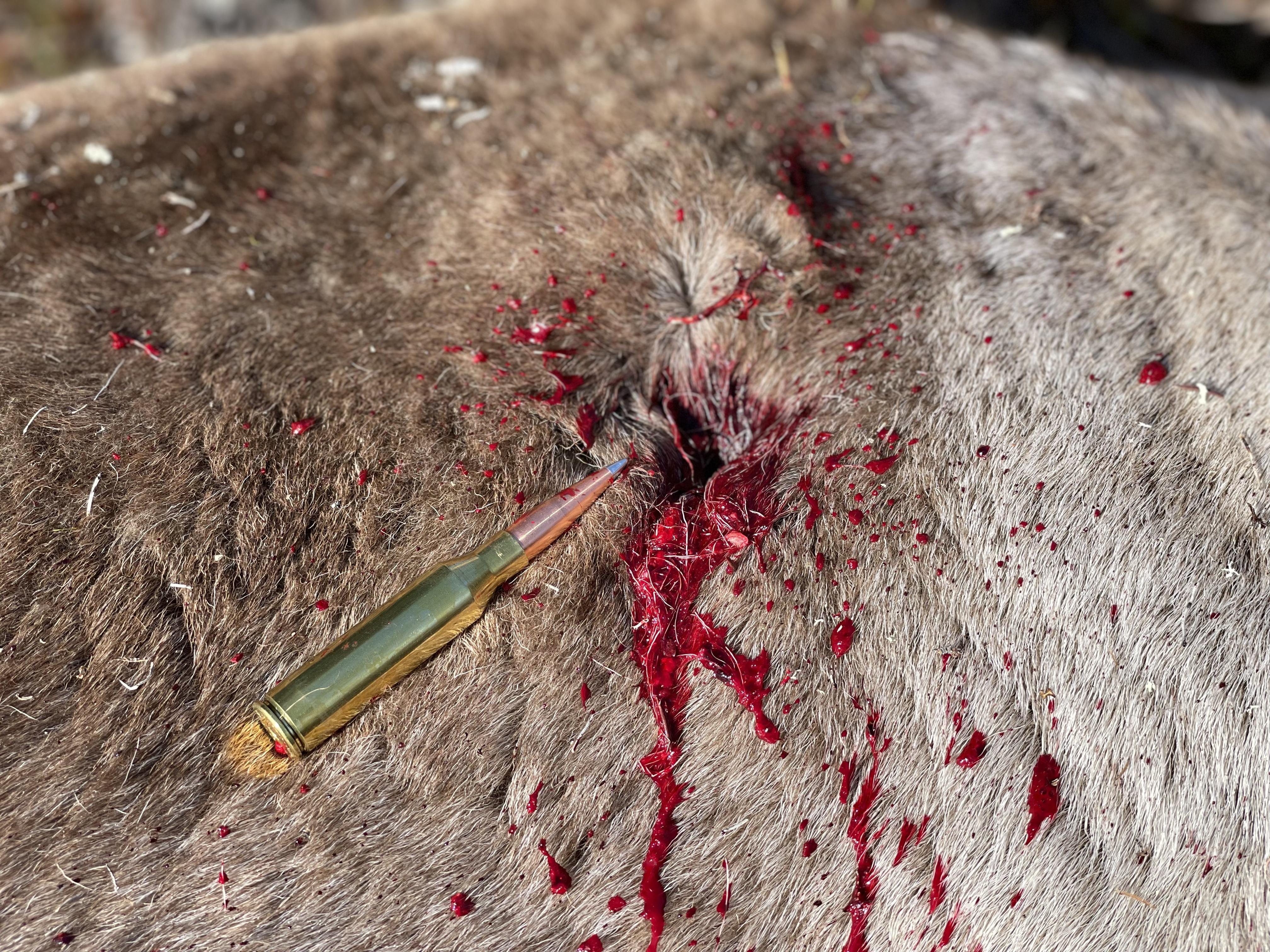 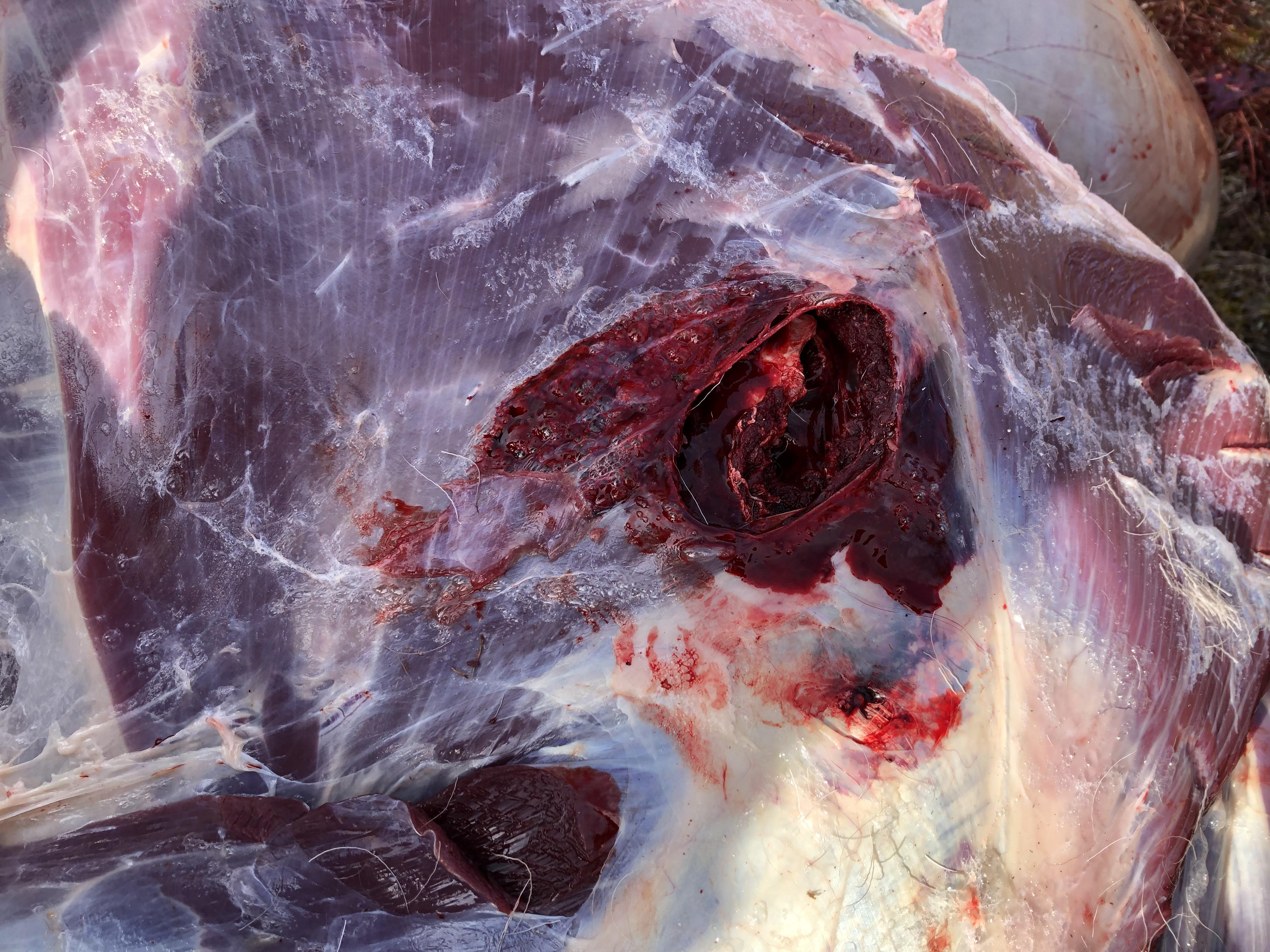 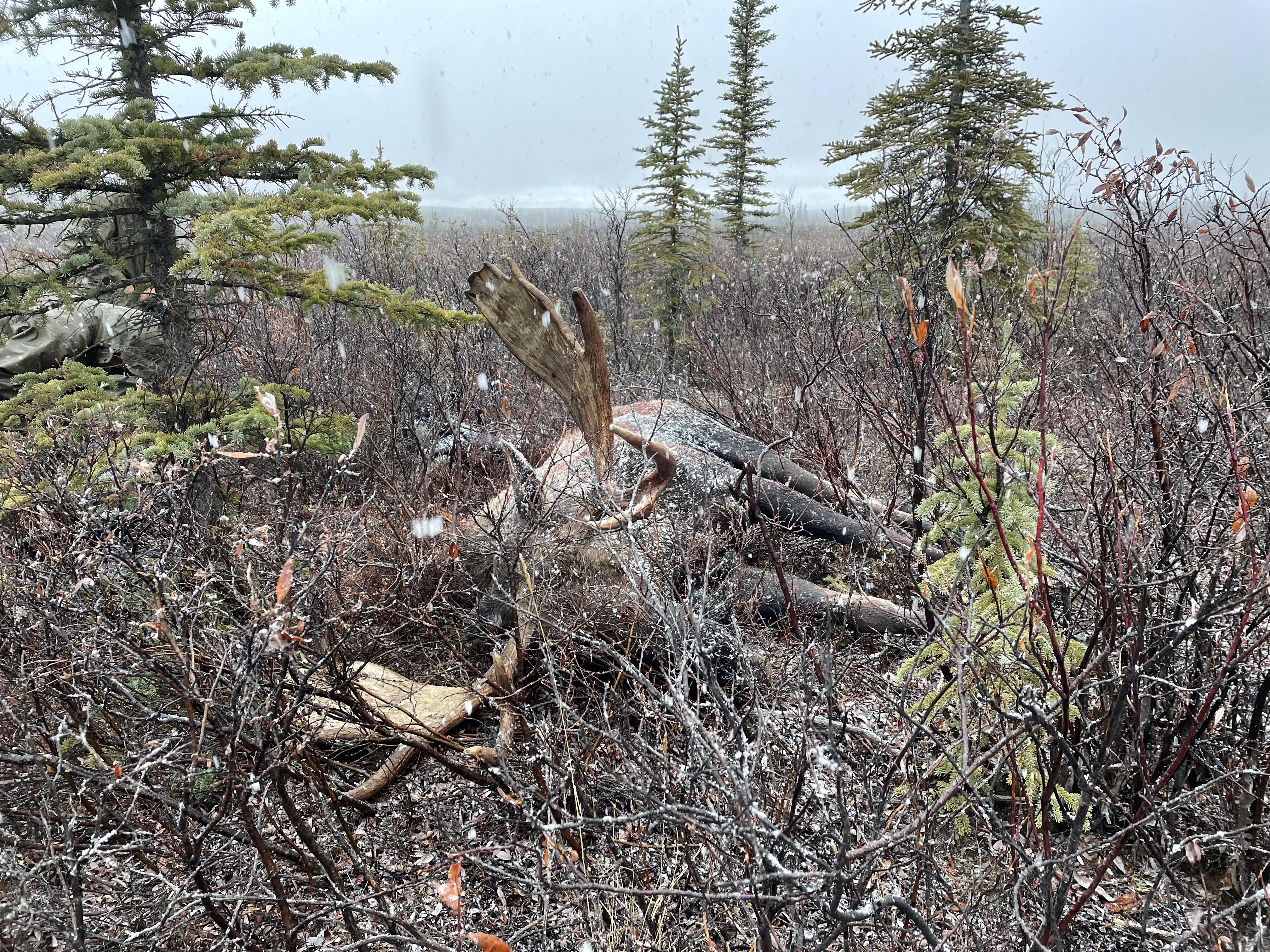 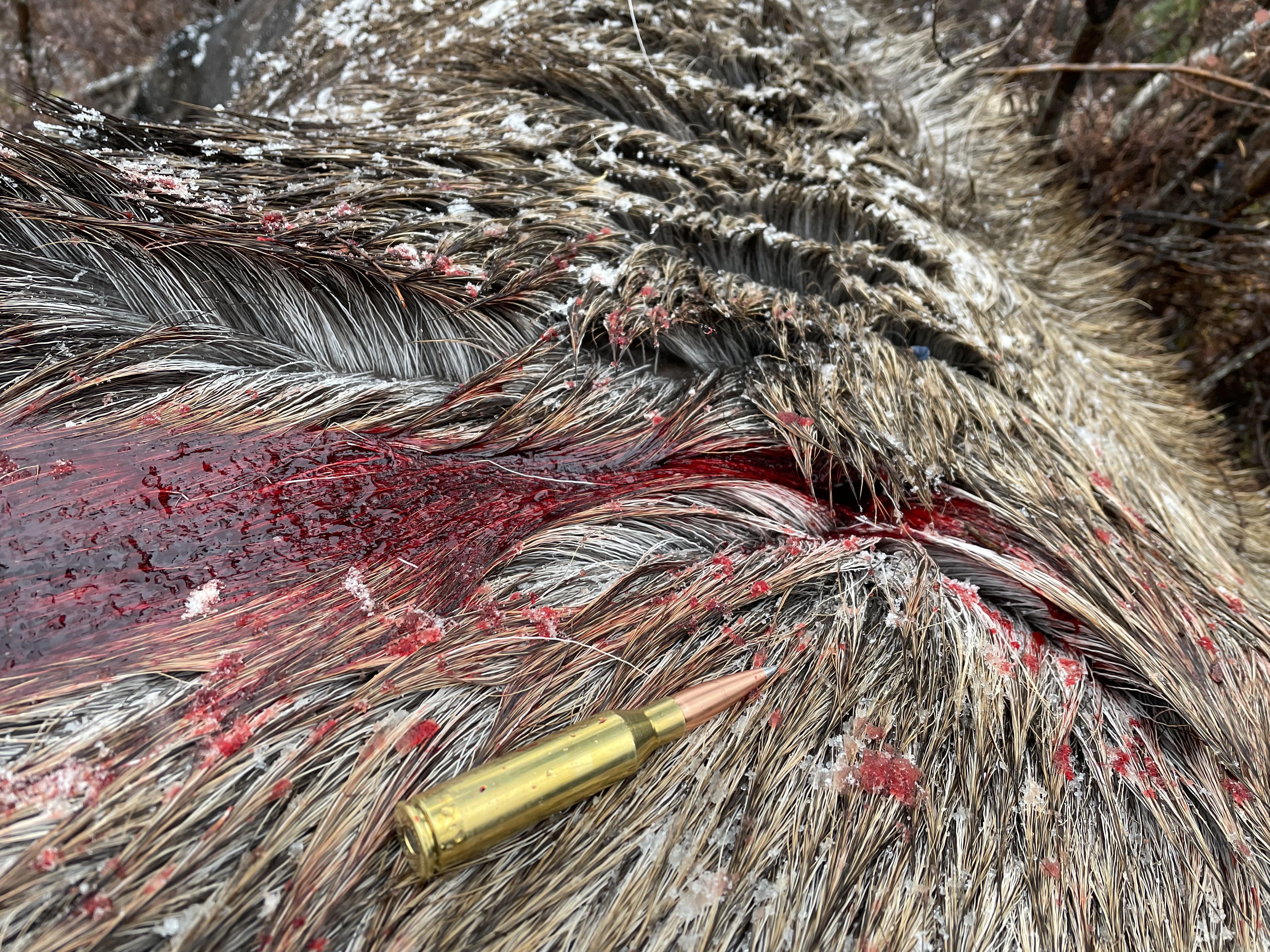 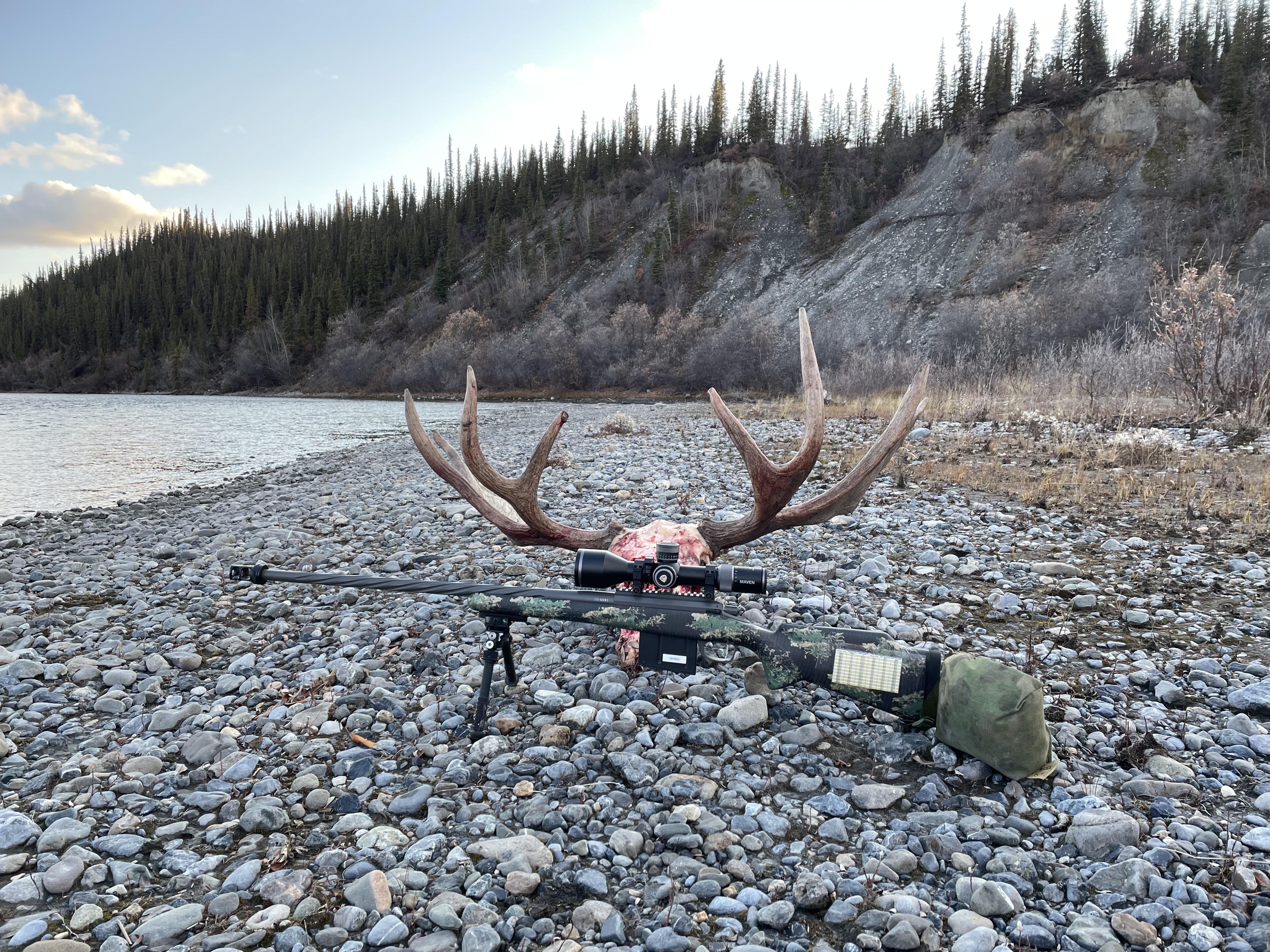 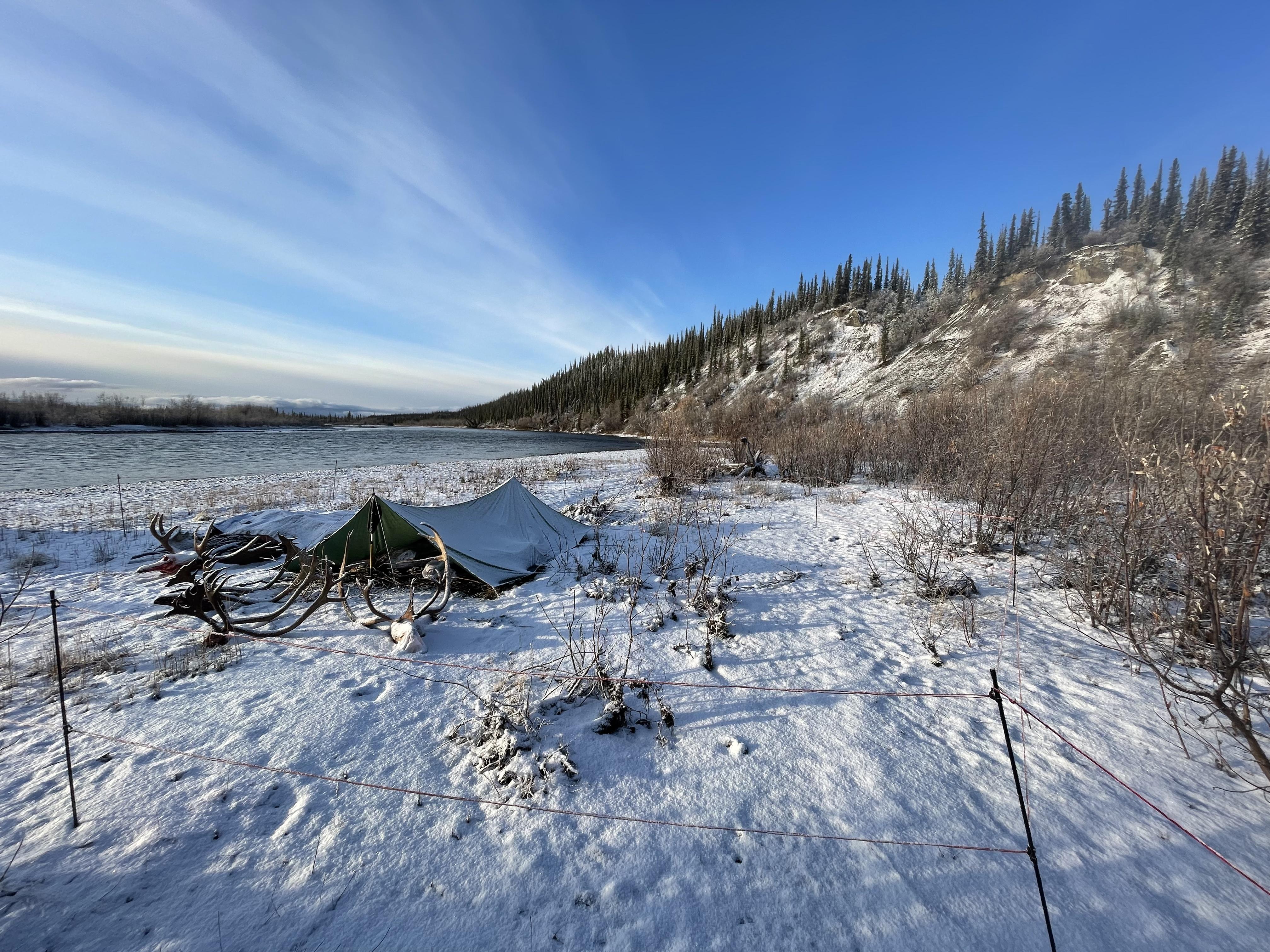 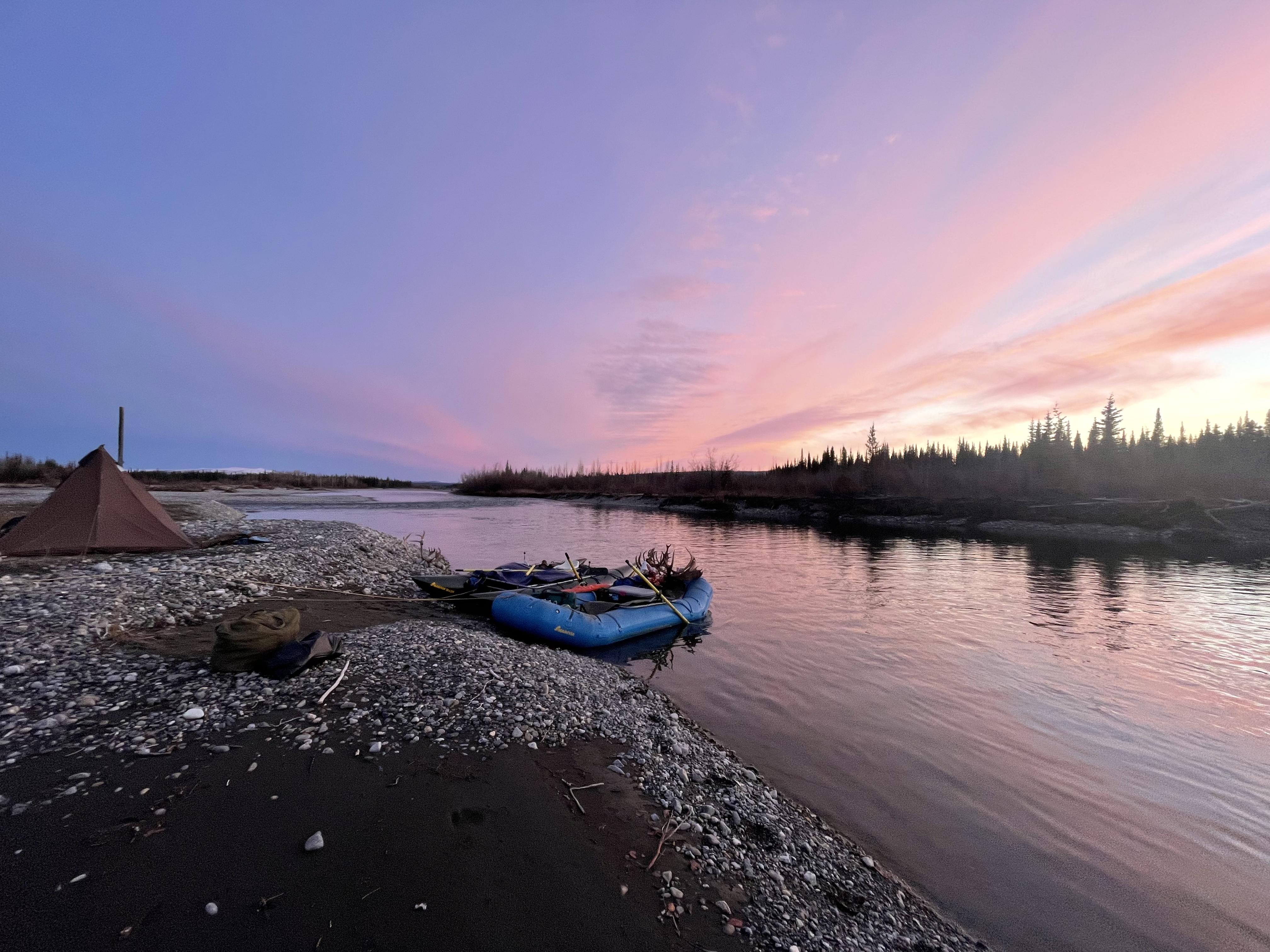 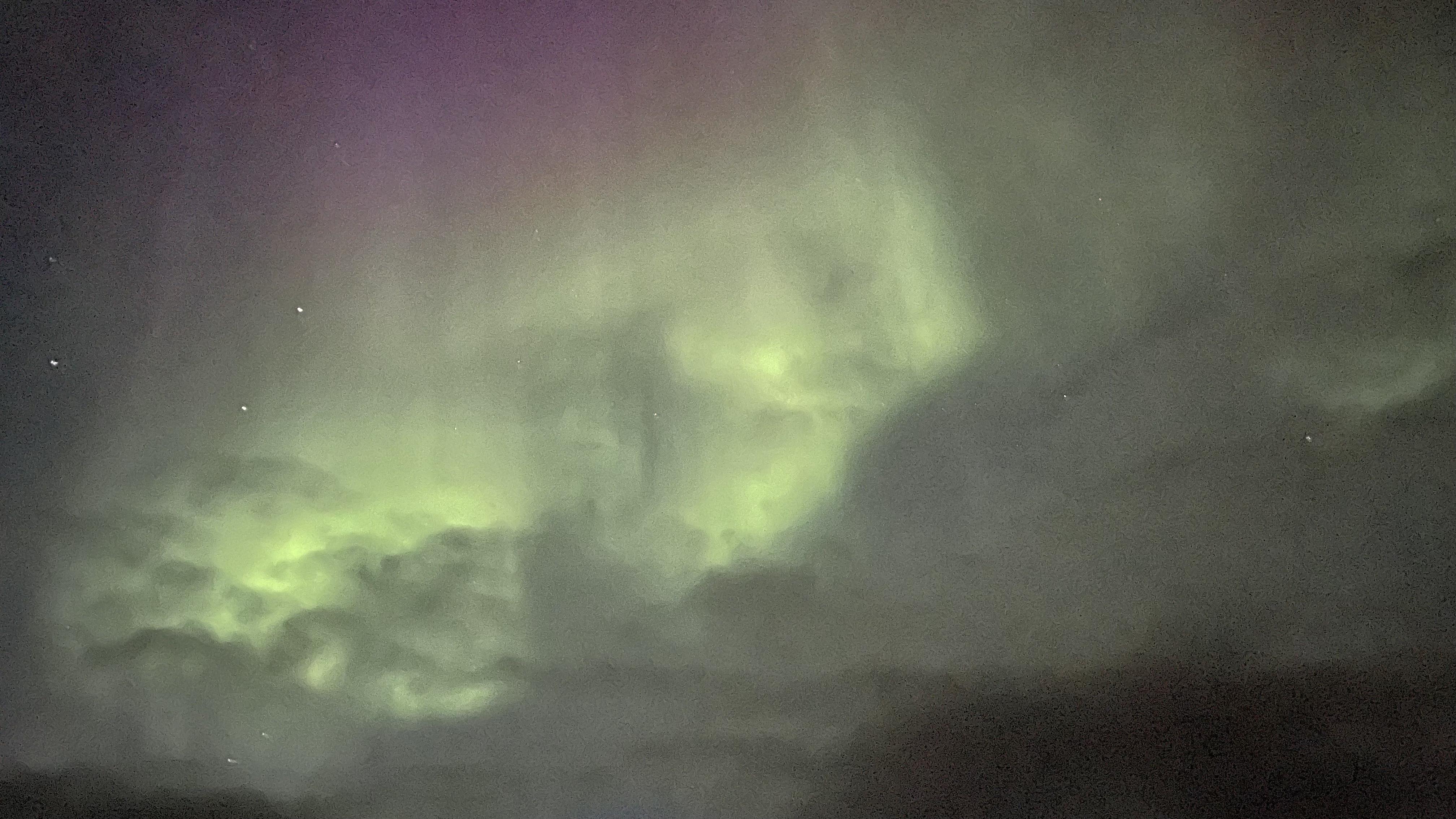 I don't have any kill info on the 275 sbd2 yet, but I did take them out to 1660m and put 3 consecutive on a 30 " plate at the range, then 2 more on a rock at about 1800m. I don't know how they grouped (couldn't drive out with other people still shooting at the range) but it seemed like they were nice and consistent.
Share:
Reddit Pinterest Tumblr WhatsApp Email Share Link