Accuracy lost then cause found.

I have an old 1980s Ruger #3 in 223 rem, not had many rounds through it and I spent some time building loads that the gun likes.
So I have barnes varmint grenades ahead of 27.9 grains of cfe 223 in PPU cases touched off by S&B sr primers.
I normally shoot 3 shot groups as this is all I really need but on this occasion I wanted to check the velocity of the reloads I was using. I have a magnetospeed sport and fired 12 rounds downrange, average mv of 3254 with a deviation of 15 fps. Cut a group about 1" with 1 flier that I feel was my fault (I also take credit for putting the other 11 where they went, btw).
Took the chrono off and shot another target, first 3 shots all touching one another then it went belly up, remaining 7 shots just about on the paper and I can feel a spring wanging each time I fired.
I stood up and my blasted bipod fell off, the sling adaptor had pulled the wood out and just detached itself.
Next 10 rounds I fired from a rest and got my 1" group back.
One interesting point, my #3 is a 22" carbine with a heavy barrel and the point of impact didn't change when I removed the magnetospeed, also the first three shots from the second group also went to the point of impact, 2.5" high at 100 metres.
I've ordered up some blind nuts and 5mm sling swivel adaptors so they will be in there permanent, I also have a ruger #1 in 308 and I'll modify the attachment point for that as well.
J 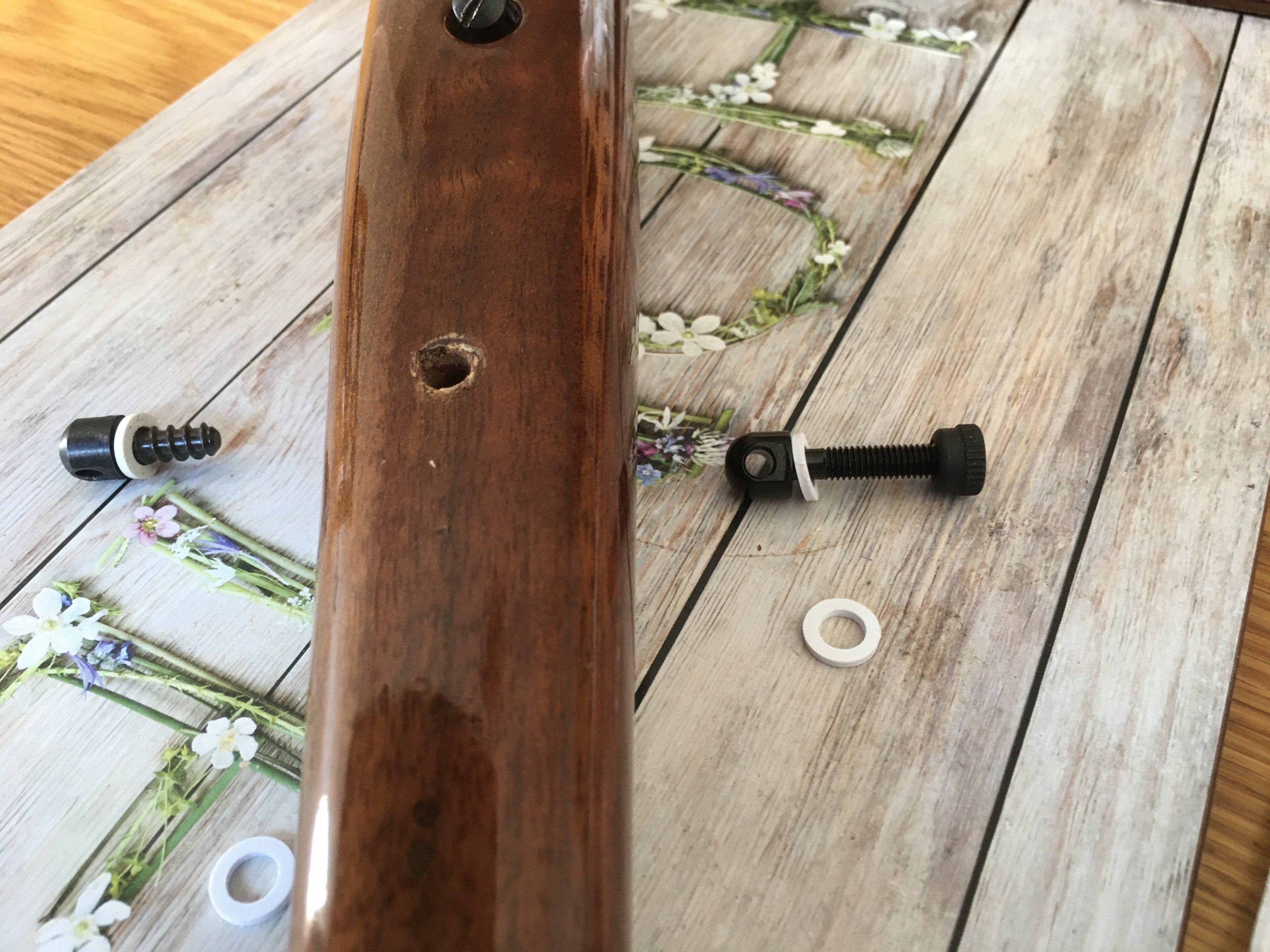 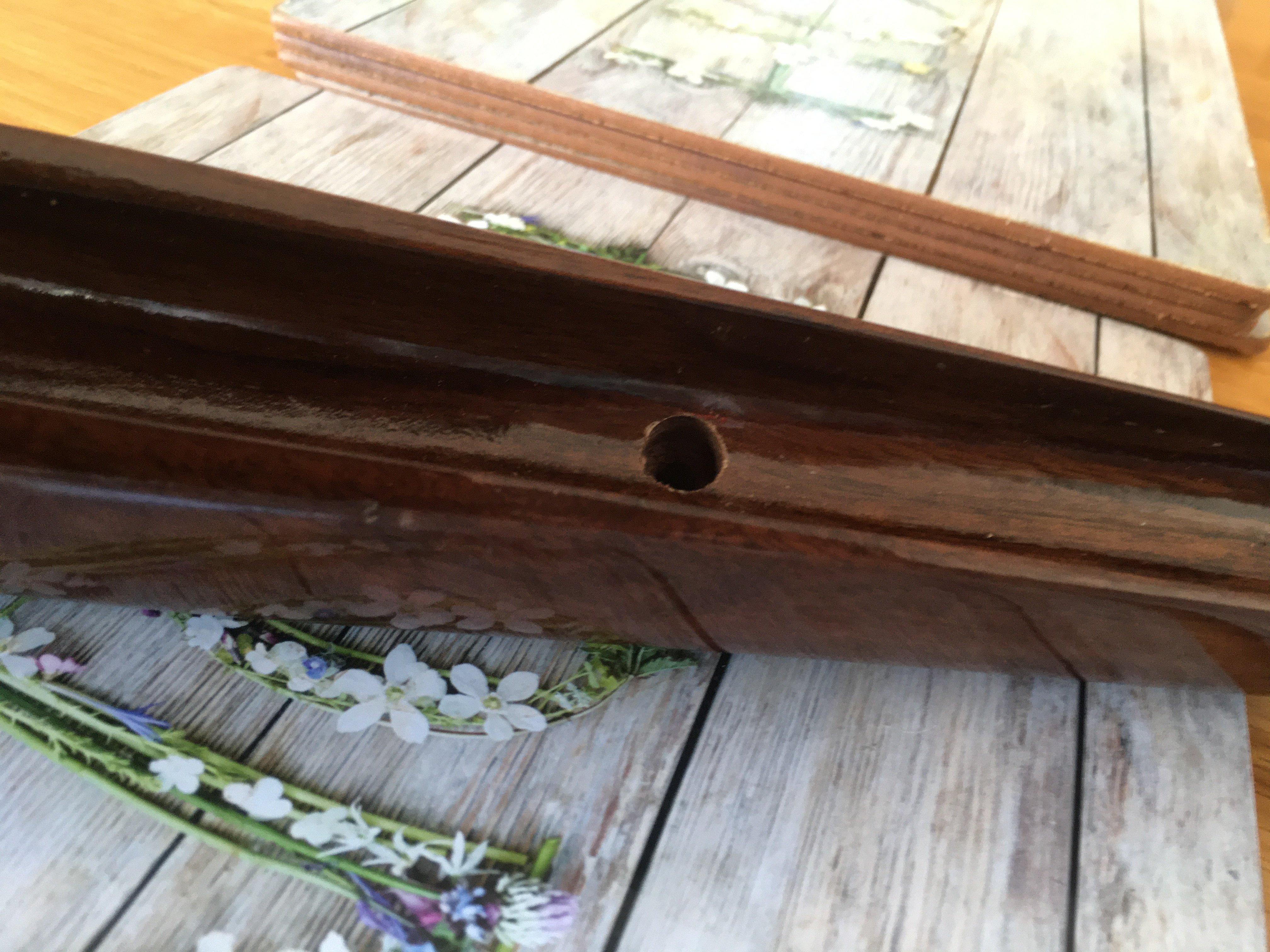 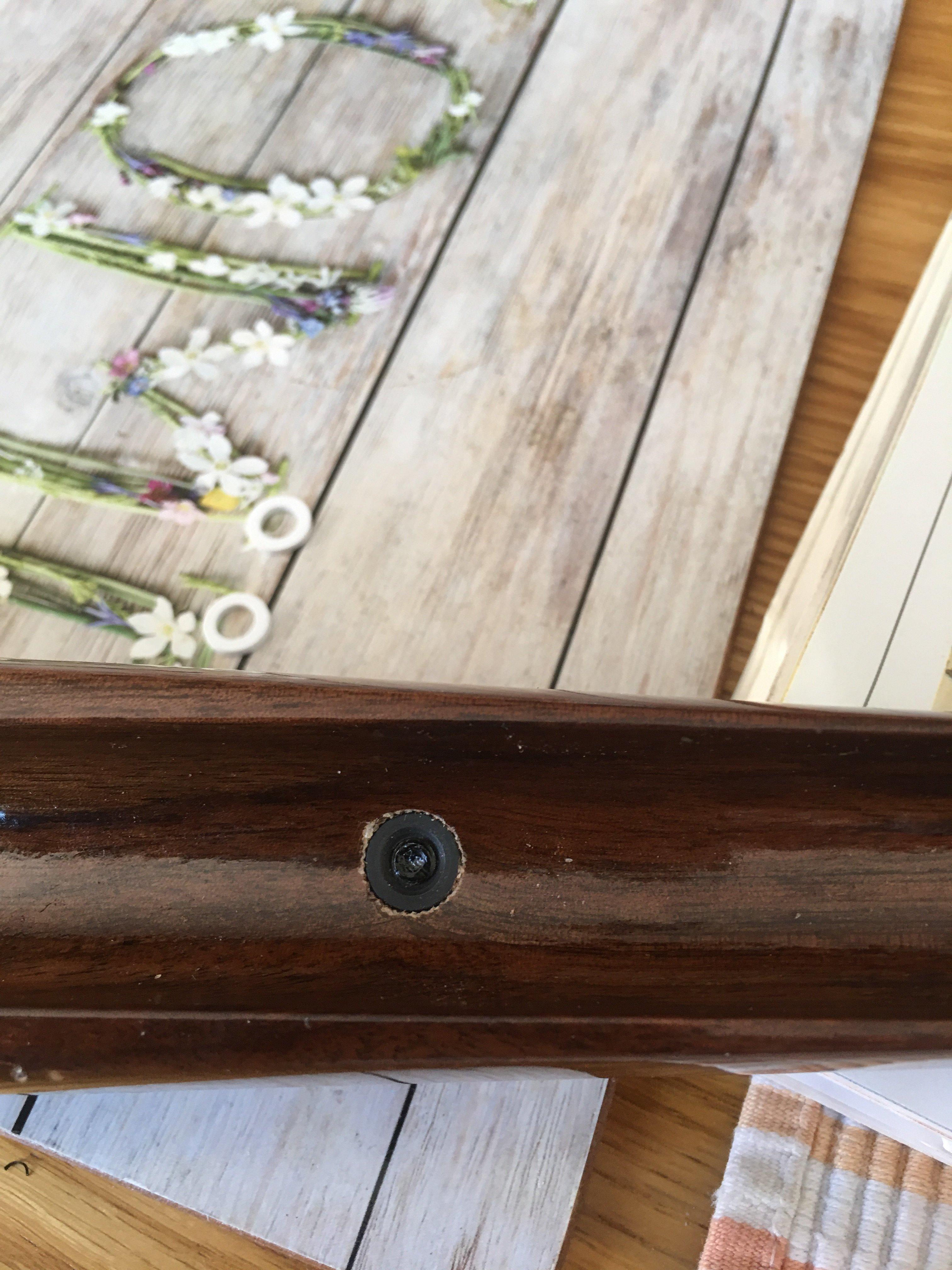 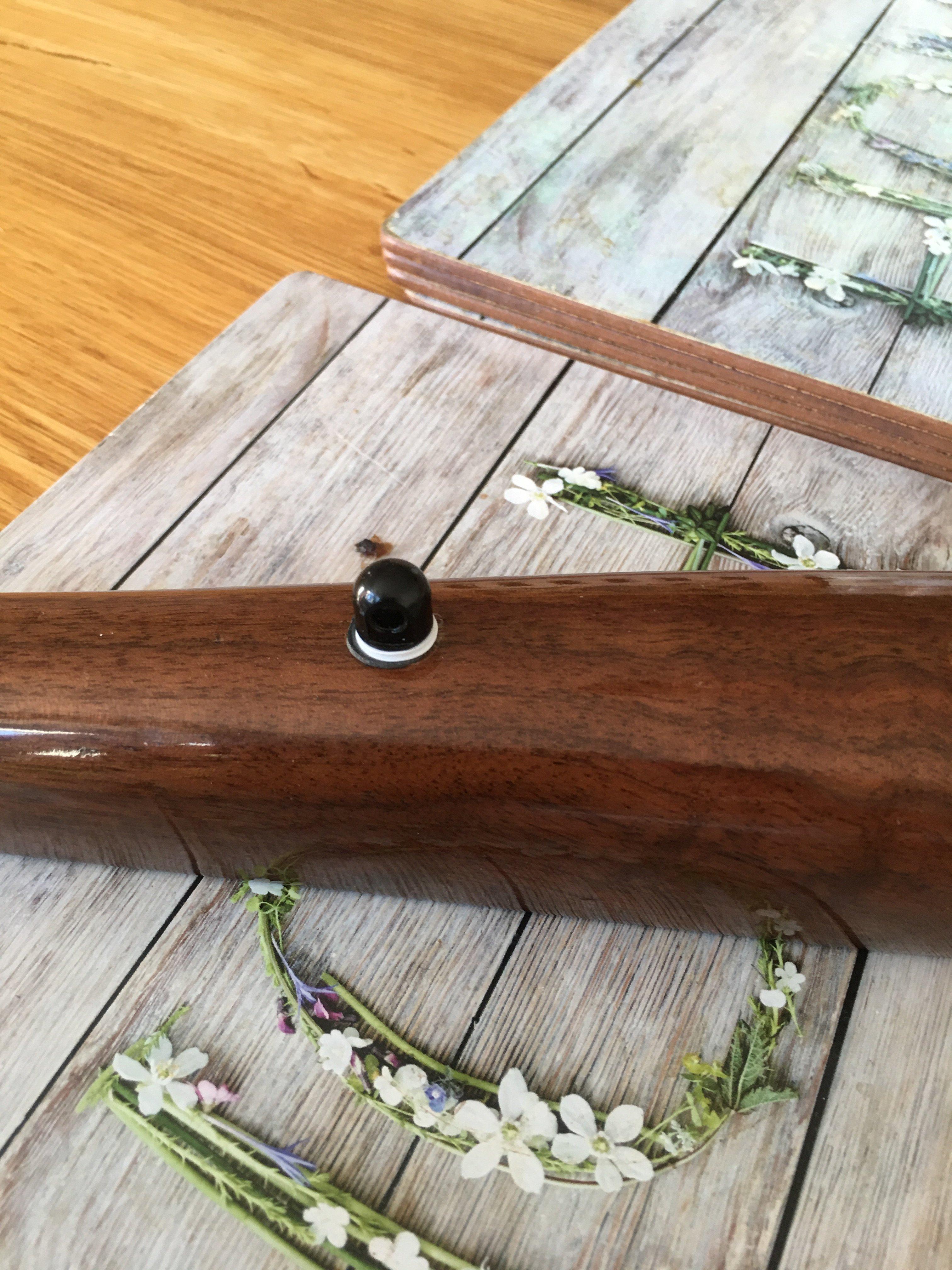 4 images that should be self explanatory. The blind nut needed a 9mm short hole drilling after drilling through the fore-end with a 5mm drill. I then pulled the blind nut into the 9mm hole, the gnurling on the end making it an interference fit.
Should be good for another 40 years now, hope I'm still around to enjoy it but as I'm now 77 I have my reservations about that.

Glad you found the problem.

I’ve drilled out the holes and glued in a piece of oak dowel, cut to length and drilled a new pilot hole.
Then screwed the sling adapter back in.

How about just putting an inset washer deeper to keep nut from pulling thru...coukd be done from both sides....

My father in law missed a deer with my rifle last fall from 200 yards. This particular rifle is crazy accurate and sighted in at 200. I couldn’t believe he missed. When he handed me the rifle back, I noticed the sling swivel stud had pulled out as well.

4 images that should be self explanatory. The blind nut needed a 9mm short hole drilling after drilling through the fore-end with a 5mm drill. I then pulled the blind nut into the 9mm hole, the gnurling on the end making it an interference fit.
Should be good for another 40 years now, hope I'm still around to enjoy it but as I'm now 77 I have my reservations about that.
Click to expand...

You going to retire on a reservation!!!!!! Lol

I like the glue in adaptors you used for the wooden stock. A more aggressive but permanent option is to bed a t-nut into the barrel channel with a Forstner bit. It will not pull through... might detach the fore end entirely if you lever on it too hard, but won't pull through. Accu-Shot sells a set, or you can buy a single t-nut at a local store.

I had some T nuts, I also do r/c planes and they are used a lot there but they tend to rust in my neck of the woods and this set I bought came with a nut as shown so it was a no brainer for me.
Tex, I retired 25 years ago, few more years in this place then it's probably going to be the funny farm for me. Just hope I can keep on reloading and shooting til then.
Waterfowl season opens here on 1st Sept so I'll be hoisting out my bismuth shells for the duck. Just sold my 120 year old 10 gauge, I'll miss that gun but it was so heavy.
When I was 16, 60 odd years ago I bought a new stevens 77E pump gun in 12G, recently I reamed out the the full choke to 1/4 choke and it will be the gun I use for the duck, I gave 37 GBP for it back then (about $50) I think I've had my money's worth. The only problem I've had is a broken firing pin, probably due to my youthful dry firing. I wrote Savage arms and they sent me 2 FOC including international shipping so I have a soft spot for them.

It is a sad state of affairs when manufacturers save a few pennies and use a wood screw instead of a captive nut. Bet you are glad it didn't pull out on a hunt when it had a sling on your shoulder!

I discovered the same problem with a Remington Ultimate Muzzleloader. My bipod pulled it out just like yours!

While a wood screw style sling swivel stud is common for the rear of the stock it is a bad idea for the front as you discovered. It is even worse with the muzzleloader as the fore end is extra thin to accommodate the ramrod!
J

Well, surprise, surprise. I got my Ruger #1 out as I bought two of the swivel adaptors, it had already been modified. Not that well I must admit but it'll do.
I'll think about it for a bit then probably drill the blind nut out as it's aluminum and I'd rather have steel in there, we'll see.
Share:
Reddit Pinterest Tumblr WhatsApp Email Share Link

Can different brass cause different pressure?
2 3