bigbull said:
Up until I lost that animal I had never lost any game, I have never tried a head shot on any game as a first shot I like to think that the lung shot is the safest shot under many conditions but I have dispatched game with a head shot mostly because I do not want to waste meat by shooting the body more than necessary. I think that if I was hunting dangerous game I would be more inclined to aim for the head whenever possible and practice to do so.
BB
Click to expand...

It’s hard to tuck them eyeballs back in!

Starlite said:
And for me there to expensive to bother. I like the Berger hybrid target. It acts similar to the else on deer as long as keep your energy and velocity high. I’m still a fan of the ELD-X and the SSTs for deer.
Click to expand...

The sst is a lightning fast killer. Many drt kills made with them.

corsteve said:
have never had any problems with bergers maybe you people dont how to shoot
Click to expand...

you just have the special Berger’s

Troutslayer2 said:
Says who? I am interested in shooting this bullet but I had a couple negative experiences with Berger 7MM bullets on game. I am reluctant to invest a bunch of energy and barrel life into this projectile. I’ve read a lot of threads on it and it doesn’t seem that the matter is settled.
Click to expand...

Lol! Here you go! You'd be **** hard pressed to find a better overall killing bullet than the 215.

As you all know I am a huge fan of the 210 Berger VLD, and have been for years. The amount of elk and other game we have taken with this bullet is stunning, and have never tracked an animal. Last season my son "Young-Gun" wanted to test the 230 Hybrid OTM in his 300 win and we did. We really...
www.longrangehunting.com

Tumbleweed said:
Lol! Here you go! You'd be **** hard pressed to find a better overall killing bullet than the 215.

Tumbleweed said:
Lol! Here you go! You'd be **** hard pressed to find a better overall killing bullet than the 215.

As you all know I am a huge fan of the 210 Berger VLD, and have been for years. The amount of elk and other game we have taken with this bullet is stunning, and have never tracked an animal. Last season my son "Young-Gun" wanted to test the 230 Hybrid OTM in his 300 win and we did. We really...
www.longrangehunting.com
Click to expand...

Coldfinger said:
im not sure how it would kill game better than a 220 grain SMK
Click to expand...

javman said:
And someone forgot to tell Hornady Amax bullets aren't for hunting either! Just saying.
Click to expand...

Of course, they are. Excellent for long-range hunting, performing under lower speeds.

iv only gotten out once since the covid lock downs with the new norma build but shot a mature Sambar Hind/Doe at 656 yards. Average shot TBH, entry was angled, bit further behind shoulder then what i would have liked however exited mid chest with quite a large exit wound.

She ran around 15-20 meters into the thick brush and expired however left a fairly significant blood trail for us to find her relatively easy. 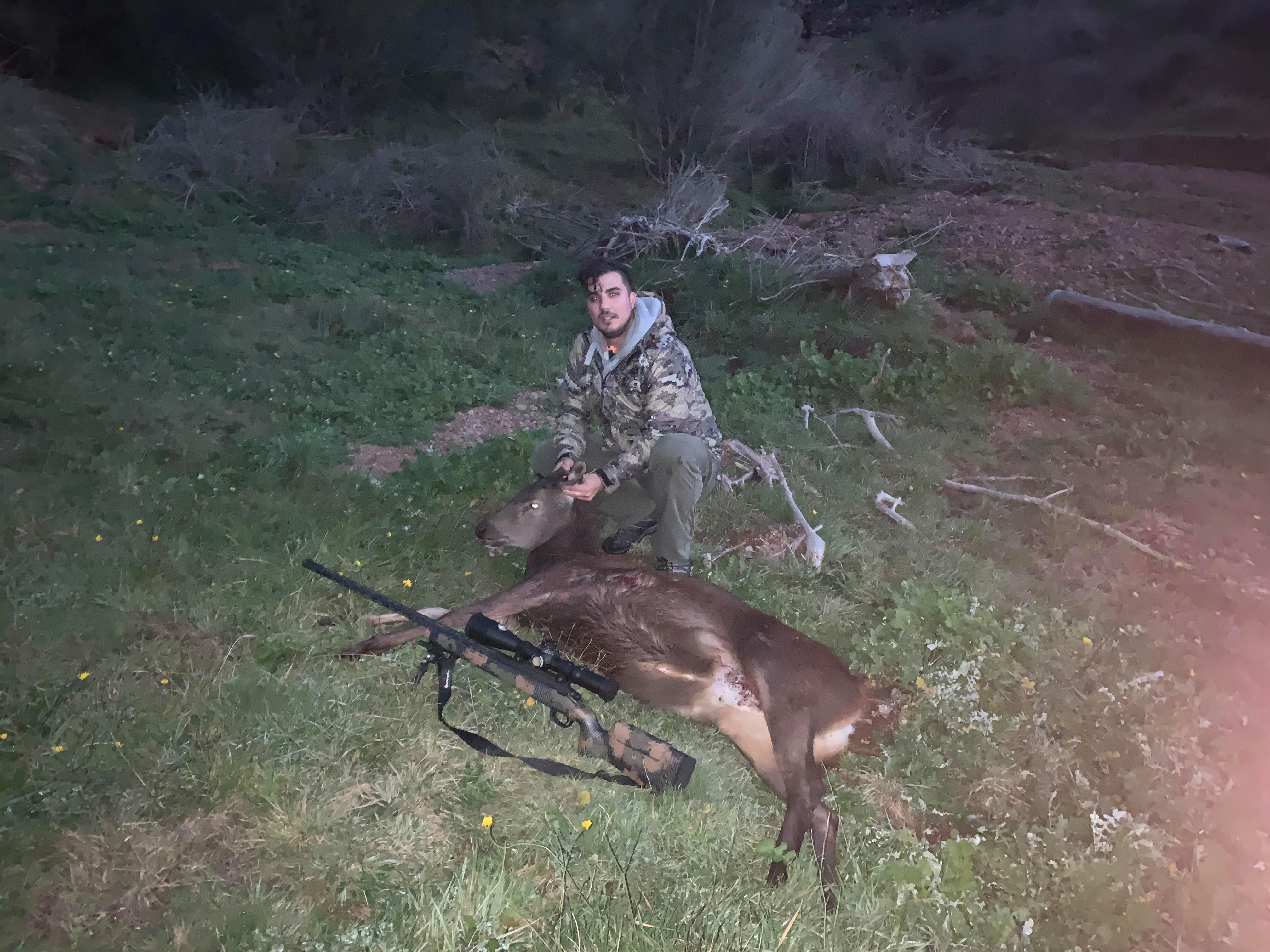 i personally like match bullets for hunting. I religiously use Sierra Match Kings after having a Berger failure. The Berger .284 168 grain vld would have worked fine which it did at 400 yards on the follow up shot but at 70 yards hitting the shoulder quartering towards me it just curled up in a ball under the hide! My .338 250 grain SMK smashed through that very shoulder joint almost the same angle then penetrated through lungs hitting the backbone destroying 8” of backbone then traveled down back strap and broke leg bone at the pelvis with a softball sized exit hole!That range was just shy of 600 yards. 2 completely different scenarios but it convinced me so I never looked back.
Click to expand...

What was left to butcher? Sound like a shoulder, half a backstrap, and one hind and the rest burger? SMK (Some Messy Kills).

I had inconsistent terminal results with the 7mm 168 and 180 VLDs from a 7 RM on a few deer from 75 yards to 800 yards , that alone made me never want to try them on elk, and I later just gave up on shooting Bergers altogether. There are much better bullets IMO for hunting big game. I never lost the animals, but I could have if it wasn't for the 2 or 3 follow up shots that were needed. They either penciled through like FMJs, or blew up the first 3" on impact, neither scenario is good for killing big game IMO. With that said, I went to the Hornady 162g AMAX and never looked back. It produced 100% reliable and terminal effects on deer and elk. They are very fragile up close, on bone, but at LR they expand very nice and penetrate far enough to get the job done. I know what to expect with them everytime, and that's they expand very well. With Bergers I never knew if they would pencil through or splash on impact, not something I wanted to deal with especially on elk, on public land, across canyons and have them going down in the deepest, darkest hole on the mountain, no thanks...Use what works for you, and I'll use what works for me, simple as that. I'll take my own field experiences over anyone else's here say or results. I've seen roughly 100 elk killed in our party over the last 10 years, all of which I've loaded for and set up the rifles, so I have a fairly good idea of what works and doesnt by now. We all use the Hornady AMAXs and Nosler ABs in the 7 and 30 cal mags. Willing to bet that's more than 90% of what most people will ever get to see in their lifetime.
Last edited: Jul 7, 2020