I’ll probably just use the load Travis sent for the gun. Just curious about difference in recoil between 168 and 180s.

I would enter the specs for both into an online recoil calculator. Use load data from a book if you don’t have your own data.

SHOW OFF stating you have Retumbo! Kidding aside here is my 7mm RM target with RL 26. ( it says
"7 Bean" because this one was built by Jon Beanland and lets me know which 7 mm RM I was shooting that day) 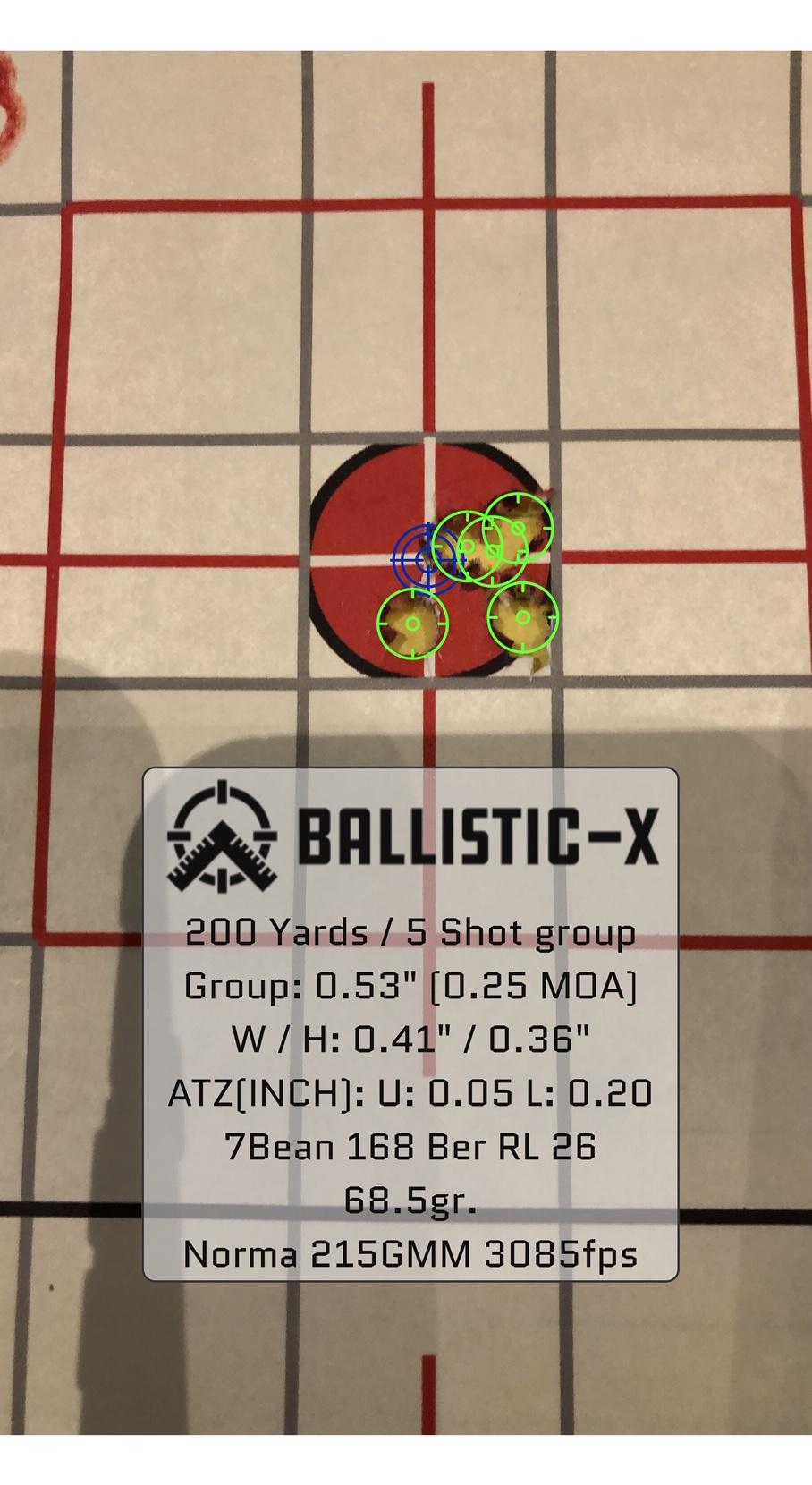 Forgot to include that my rifle doesn't have much recoil at all but with the big Nightforce scope it weighs right at 11#.

Shouldn't be much difference at that weight. On a lighter unbraked rifle, there is a noticeable difference between a 140 and 160 class bullet.
B

There will be essentially no difference at all. This should be generally obvious but I guess without the math people just don't see it. Simple physics.

So if you have 180 grain bullet and 77 grains of powder at 2900fps in a 10lbs gun there's total kick of 26lbs/ft/sec. No surprises there. Thing is, smaller bullets tend to be a good bit faster and energy comes from squaring speed not mass so mass changes aren't as helpful as speed changes. So, you can't just go a little lighter to get a noticeable drop in recoil energy. If you drop to a 168gr bullet and pump the speed as it will naturally tend to do, to say 3050fps, then the recoil force actually goes up to 27lbs. If you don't change the velocity upward and leave it at 2900 then you see 24lbs of free recoil. This means that you've made a difference which you will not be able to detect. The small difference is because of the small change in projectile weight. The difference in bullet weight has to be a lot to make a noticeable change. So if you were to go with say, 90gr bullets even though they might be running something silly fast like 3600fps the recoil force would be reduced noticeably to something like 21lbs, as noticeable as the difference between a .308 and a .30-06 with equal weight bullets.
Last edited: Nov 14, 2020