Jud96 said:
I’m going to chime in here and put my 2 cents in. First off let me start off by saying I’m excited for this cartridge. Having said that, yes there’s other cartridges that are similar and more capable than the 7mm PRC will be. It looks to be a ballistic twin to the 7mm WSM and 7mm Rem Mag. However, this is designed to be a long range cartridge from the go just like the other PRC cartridges. Yes you can build your 7mm SAUM or WSM on a long action and run 0.200-.240 freebore with 168-180s at the same speed as the PRC. However, you have to build the rifle, order the reamer spec’d to work with the heavy bullets, and deal with the fact that no one supports either one of those cartridges anymore other than a couple brass manufacturers. No factory rifle, no factory ammo, and they’re essentially a wildcat with the multitude of modified chambers out there to make them equal the 7 PRC. Yes there’s the 7mm Rem Mag, but it’s the same way, the SAAMI specs for it were never designed for long range, heavy for caliber, modern high BC bullets. You can make it work with those bullets with a fast twist barrel and handloads, but the average hunter who doesn’t have a custom rifle and doesn’t reload can’t get that level of performance.

Now in steps the 7mm PRC. Whether it’s a copy cat or a knock off, you can’t dispute the fact that Hornady supports their cartridges as good or better than any other. They have the dies, the brass, the ammo, and they design them for modern bullets with a modern case design. Yes the PRC chambers have clicker issues, but it’s fixable and doesn’t matter for the vast majority of the market who just buy factory ammo. Factory rifle manufacturers pick up on the PRCs because they’re good cartridges and bring a lot to the average guy who previously had to either build a custom rifle and handload or just deal with the fact they couldn’t get near the performance as those custom rifles and custom handloads. I still think custom rifles and handloads are always the best solution, but cartridges like the PRC in quality factory rifles bridge the gap better than before.

I’m not denying how good the current cartridges are ie 7mm Blaser, 7mm WSM, 7mm SAUM, 7mm RM, etc. My opinion is I think Hornady took all of them into consideration and designed what they believe is a solid 7mm cartridge for long range shooting. It’s not too overbore, but still gets 180 class bullets near 3000fps. There will be components, ammo, rifles, etc available for it and will be very well supported. That can’t be said for some other cartridges. Looking at the 7mm PRCs siblings the 6.5 and 300, I bet Lapua, ADG, and Peterson will have brass available for it within 2 years of its release. So all in all, I think it’s a good cartridge and will be very popular and successful for many reasons just like most of Hornady’s cartridges. This is what the SAUM, WSM, Rem Mag etc should be but the market and technology was much different in their time of release.
Click to expand...

Once a cartridge is saami certified it becomes pretty static. See liability issues listed above. Sure people that are really into this stuff (maybe 5% of Shooters, like the people on this forum) will alter and customize, but that is a small minority.

Why hate on Hornady for being good capitalists. They are a business. Is not like they are pushing false claims and taking advantage of people. The ballistics are printed on the box. We're all free to make up our own minds.

For the people like us who like to tinker with customizing our rigs this just gives us more options to play with.

As for the hype in the market in general, well it can be annoying when spouted by people who do not know what they are taking about. But, it is said that there is no such thing as bad publicity and if we get more people invested in shooting sports because of all the "hype" so be it. It will be good for our rights in the long run.

OK, after catching up and going through, most of the sensible posts, no one is doing crap, unless they've already have a components stock?!

"When did Noah build the Ark...before the rain." 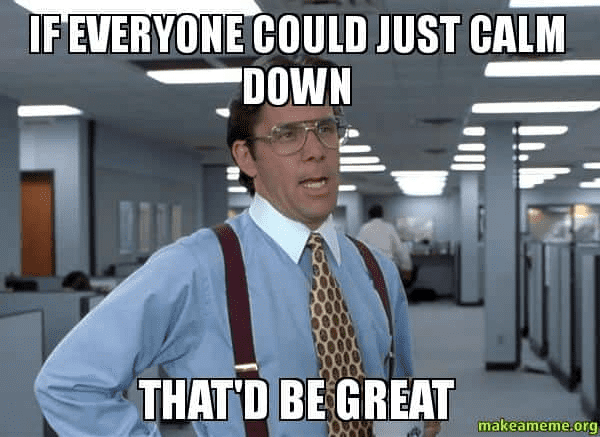 The infomercials have already begun on YouTube. I’m sure it’ll be another great round in a crowded group of many, especially since it seems the 7’s aren’t what they were from the 90’s-2000’s, but some/most of these ads/gunrags will most certainly have it as the finger of God.
Last edited: Jun 26, 2022

Harry Knutz said:
But I guess I would have to agree with you on the liability aspect.
Click to expand...

.300 Dakota said:
According to an April post on another MAJOR forum, it IS the Gunweks 7 LRM. They are supposedly teaming with Hornady to get SAAMI approval and they can't call it the 7 LRM because of reasons mentioned in this thread already. That being as they themselves said, different versions of the chamber/throating exist so SAAMI wouldn't approve it. Because Hornady uses the proprietary "PRC" nomenclature, which are SAAMI standardized, the 7 LRM can reach commercial status by undergoing a name change and using one particular iteration, which will become known as the 7mm PRC.

This information was said to have come directly from Aaron Davidson himself on a podcast.

So take that FWIW. So according to them, according to Aaron Davidson, the 7 PRC IS the 7 LRM.
Click to expand...

Well, now we know... this intel was WAY off. But would have made more sense. Let's see somebody make rifles now and prove me wrong. I won't be buying one, but somebody will kill stuff with it.

7.62 Gunner said:
Yeah I don't think anyone is denying the fact that the PRC is optimized for the non handloader.
What most of us aren't stoked about it that Hornady could actually do it right, and apply all the concepts you mentioned to a case that has a capacity and thus ballistic advantage over current offerings.
Offering a 7 prc based on a very slightly shorter 300 prc with a capacity around 90 + grains could have been a huge win.
Instead Hornady lame ducked it just like they did with the 6.5 version.
I'm not mad just disappointed

On another note, stuffing a longer bullet into a saami throated 7 RM will get very similar velocity, HSM offers 180 vld ammo that's getting 2850 ish.
We've already seen some manufactures like Browning offer faster twist barrels in 7mm
Click to expand...

The other obvious drawback to this cartridge is that at 2.2+ inches, it's going to be in no-man's land like the 6.5x55 and similar cartridges. If you put a long bullet in it, you're going to need a long action or at least XM length. If you build it in a short action, you'll have to seat the long bullets so deep to make the magazine useful that you're losing any perceived advantage. It will be up to rifle builders to get the action length and throat dimensions correct to give it any shot at becoming popular. Unless they flood the market with ammo, which hasn't happened with a new cartridge yet save the 6.5 Creedmoor, but it took years for it to catch on. So I see no real advantage to this design and a couple of huge disadvantages. I'm quite disappointed, too.
P

Taylorbok said:
Because it's new and that's what sells, that's how marketing works. The average hunter doesn't look to much into the chamber design he just read 6.5 PRC is the new best thing and goes and picks up a new rifle and a couple boxes of ammo. A marketing team trying to get the general public to understand how their new long throat fast twist 260 Rem will out run a 6.5 creed is just to hard, it's easier to put out a new case and say hey check out this NEW cartridge that smokes a 6.5 creed.
Click to expand...

I guess you would need ammo manufacturers to sell 260 rem ammo loaded that way too wouldn’t you?? And then deal with costumers complaining about certain ammo not working on certain certain guns. That is why the term standardized exist and that is what Sammi does, standardizing cartridges to avoid potential risks.
N

GrayCreed said:
So who here in this chat has switched pickup truck brands just because of Bluetooth, xmradio or the size of the screen in the dash?

I have to say wrangler jeans are fully superior to rustlers...

All of us have details that are very important to us.

With logic as airtight as yours we may as well end this debate right here!

.300 Dakota said:
The other obvious drawback to this cartridge is that at 2.2+ inches, it's going to be in no-man's land like the 6.5x55 and similar cartridges. If you put a long bullet in it, you're going to need a long action or at least XM length. If you build it in a short action, you'll have to seat the long bullets so deep to make the magazine useful that you're losing any perceived advantage. It will be up to rifle builders to get the action length and throat dimensions correct to give it any shot at becoming popular. Unless they flood the market with ammo, which hasn't happened with a new cartridge yet save the 6.5 Creedmoor, but it took years for it to catch on. So I see no real advantage to this design and a couple of huge disadvantages. I'm quite disappointed, too.
Click to expand...

I bet Tikka is pretty excited about a true long range 3.4" round.

If they'll chamber it...

We as custom gun designers/makers/customers can be excited about it if using Tikka actions! I didn't think of that!

gregsjt said:
I bet Tikka is pretty excited about a true long range 3.4" round.
Click to expand...

Personally I like it! Sure it’s not what we thought we were getting but it’s still a solid performer

Honestly I’ll be building or picking up one once available.
Last edited: Jun 28, 2022
T

gregsjt said:
I bet Tikka is pretty excited about a true long range 3.4" round.
Click to expand...

I honestly just finished a 284 Win Improved on a tikka action. Should be about same performance as this 7 PRC, maybe a tad slower
M

So assuming a guys biggest gun is in 6.5 and wanting to go bigger for the next rifle. Would you say this new hotness is something to consider? Been waiting for the 7prc to be released before I decided what I wanted to do. I've been leaning towards a 300 PRC for a while now but like I said I wanted to see the details of this before I decided.

I'm new to this forum but I've seen how forums go, so i better include what im wanting it for. My uses are gonna be elk and deer mountain rifle. Whatever I build will be as light as possible
Share:
Reddit Pinterest Tumblr WhatsApp Email Share Link