I'm kicking around getting a new long range varmint gun built that is easy on barrels and pocket book to shoot. Since groundhogs don't pay much. I want to take some pressure of my 25-06 and 7 Stw. I'm not really stuck on either. I would like to hear your thoughts. I'm not beyond a 308 either.
B

I have been told by some dasher fans that the 6X47lapua might edge it out on feeding. I don't know of anyone who has a 6br or dasher repeater. Anyone have one? I would love to hear some experience on one. If you are in fact doing a single shot I would go with the dasher or br. You get a similar velocity with less powder.

Mine was a repeater that is why I went 6X47lapua. HS center feed clip works flawlessly.

I love this rifle and wish I would have built one years ago. 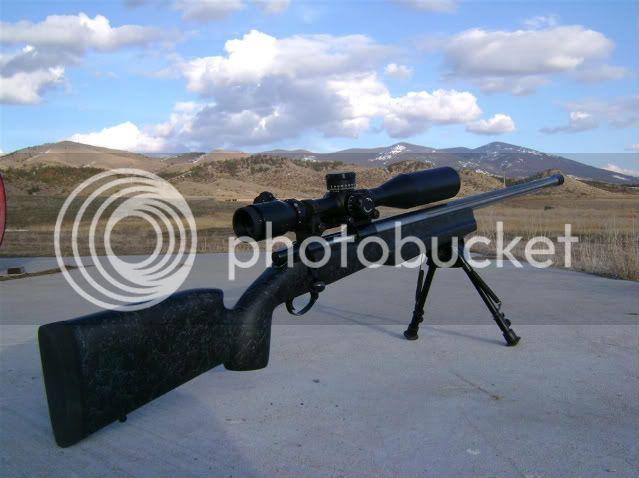 good point brass is cheaper in the 6br. but with both cal. how much brass will you actually wear out. Im leaning toward the 6br though.
J

Since you asked here is the one I had built. Read it closely to see what I paid. I have shot in the low .3"s for 5 shots at 200 yards with it. ( NO WIND ). The most accurate rifle I have ever owned. gun)