Well, the first 6mm has been chambered with intent to run a couple of them in PRS. The guys shooting them already have experience with the 6.5 version, which they love, so this should be a nice comparison. They believe it will be an advantage over anything out there! The idea behind the case is to run more volume, in a true short action case, which will either outrun other 6mm's at the maximum allowed PRS velocities, or equal the velocities with less pressure. We believe that this will increase the barrel life of anything trying to run 3150-3200 with a 115 grain bullet! QL shows that we can run the 115 DTAC at 3150-3200 at 55,000-56,000 PSI. The cartridge will very likely reach 3450 or higher at max with powders like N570 and RL33. We plan to try Retumbo for PRS.
This cartridge has been requested for a while now by those who want a varmint vaporizer, or long range laser for antelope and deer. I have had so many others in the works that it has taken a while to get this one out there, but am eager to see real world results. With head stamped brass becoming available for the 6.5 version this summer, necking to 6mm will be easy!.........Rich 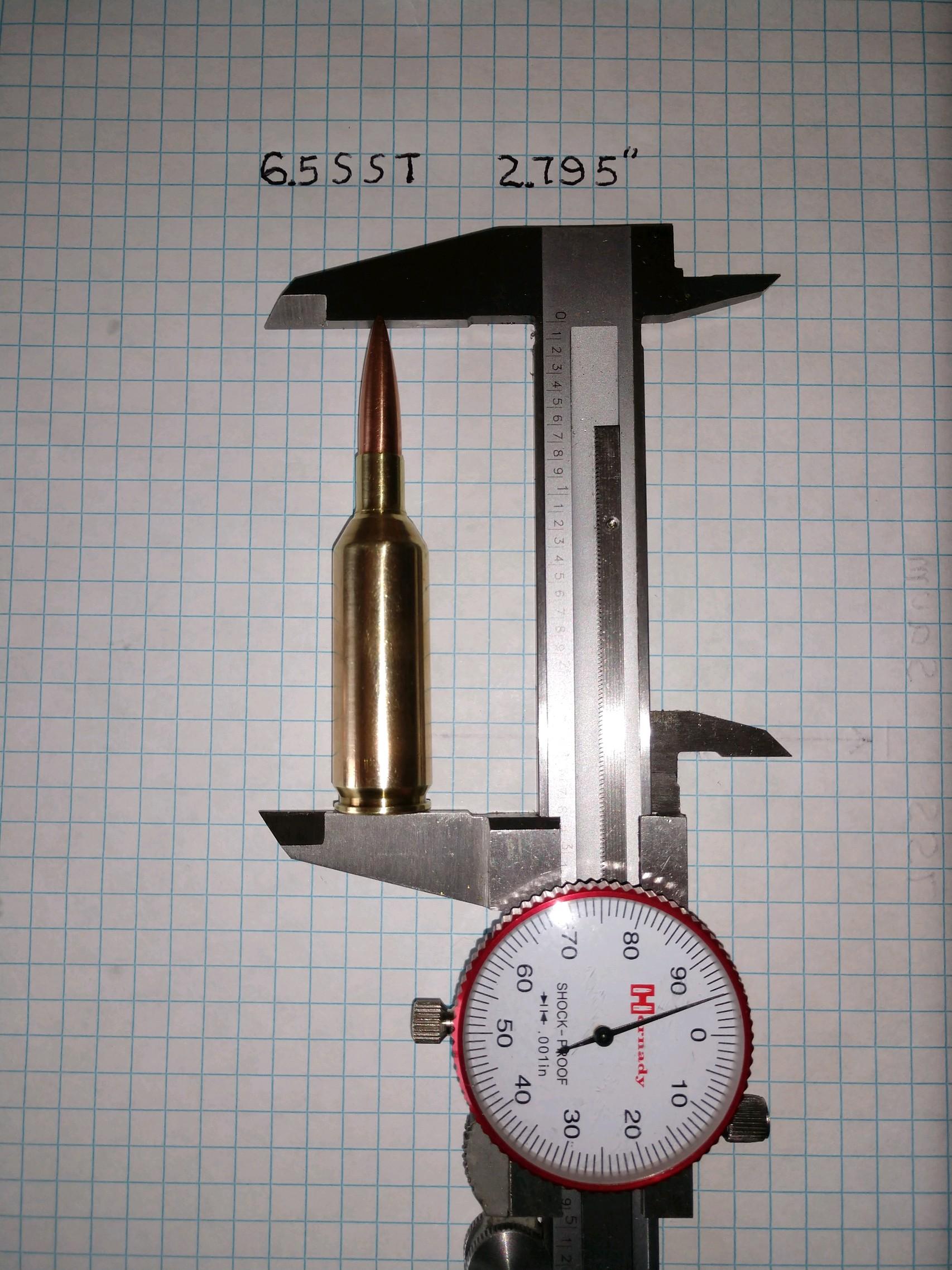 Case capacity is 69.5 grains H20 and the case has a nice .299" neck and lower body taper than the parent SAUM. The cartridge feeds flawlessly in the 6.5 version and we expect the same with the 6.
Last edited: Apr 4, 2018

Bad *** !
Rich, could this be chambered for a Savage small shank... vs large shank?

Most smiths will not do a WSM size case head for small shank.

I understand that some will and some won't. I know a couple that I respect that say no problem.

Rich have you loaded any light weights? Curious as to how some of those might shake up the chrony.
J

Rich
will brass be available?

jbrimhall said:
Rich
will brass be available?
Click to expand...

I can't speak for him...but i just talked with him on the phone today& there is supposed to be brass available soon,this summer for sure according to him. Should be available in 50&100 piece selections...hopefully at just under the$3.00 a piece price point 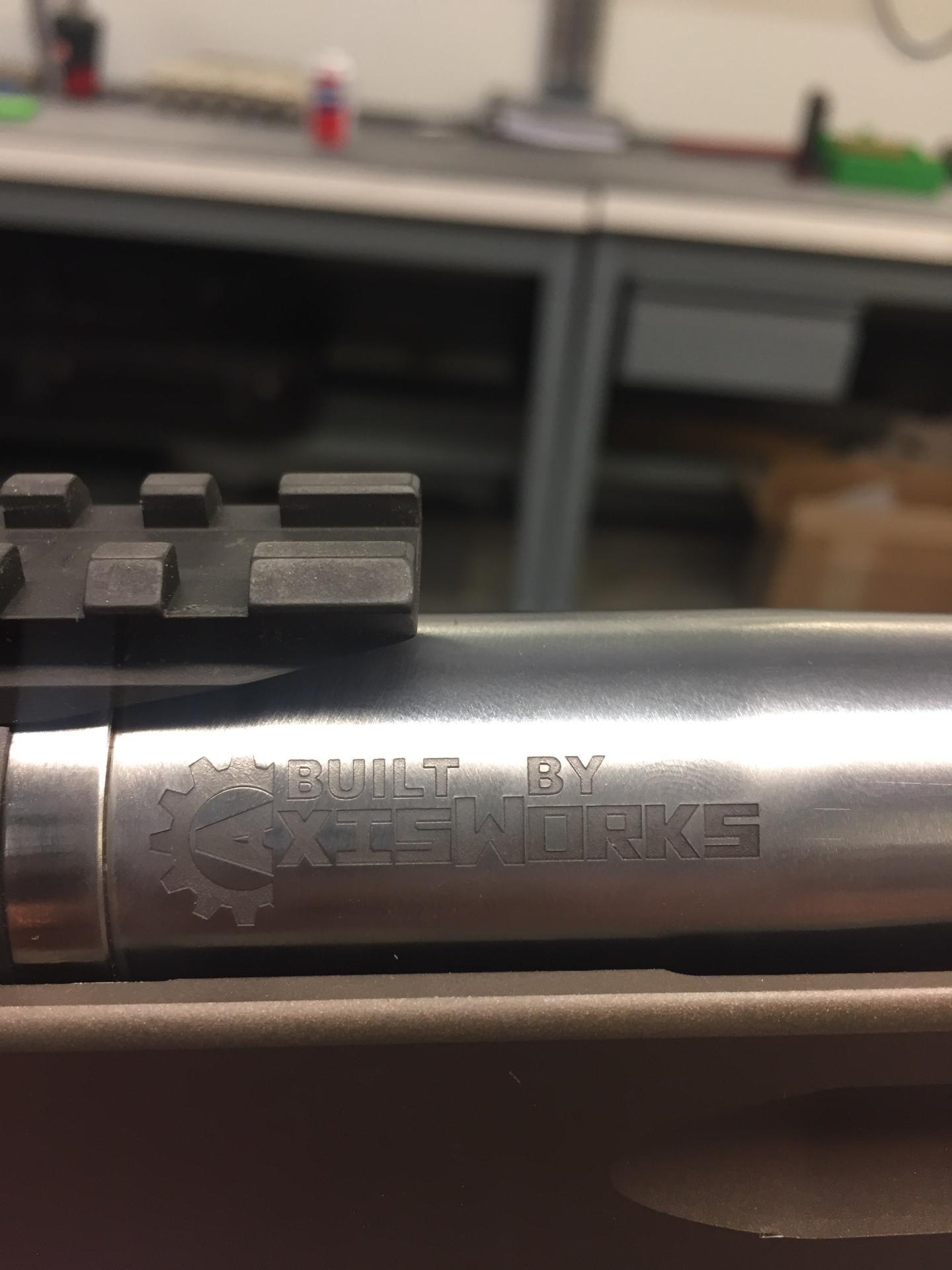 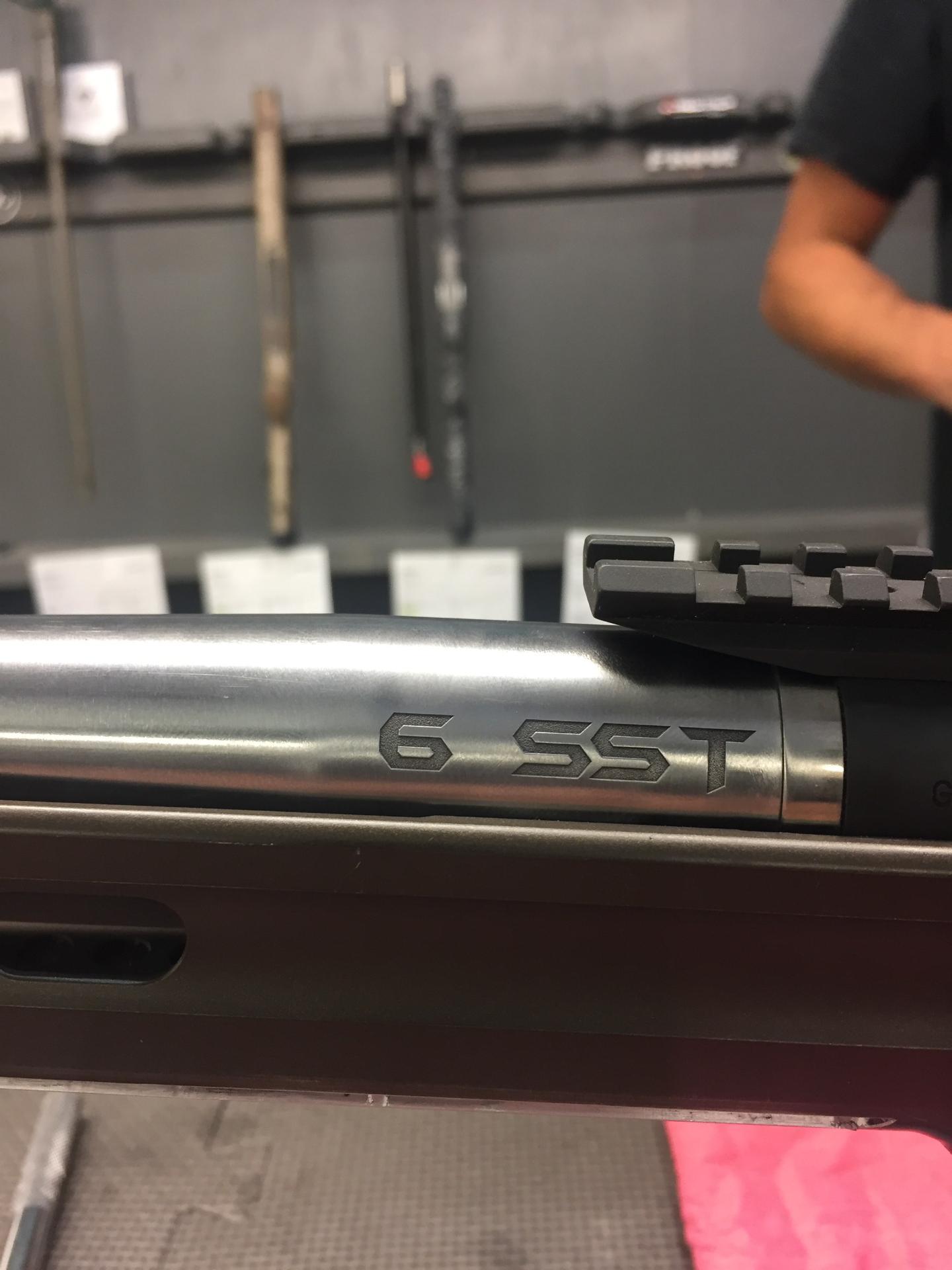 [Dang, I'm not getting my notices! Sorry I left you guys hanging. Brass will be available this summer for the 6.5 version (head stamped) The 6mm will require necking down and likely turning a little? It depends on how thick the neck wall comes in on the 6.5?

Well, Eric Goss (Axisworks) pulled the trigger for the first time on a 6SST. It looks like the velocity is going to be everything we had hoped for! Chamber pressure at <3200' PRS speed limit will be nice and low! The brass was 300 SAUM that I had prepped. He loaded up some Sierra 110's at 2.883" (the 110's are a LONG bullet) with a higher b.c. than any of the 115's. He fired 24 rounds with 8 different loads with the Magnetospeed attached and said they all went into under 1" while fire forming! The case would not hold enough RL33 to come close to maxing it out, but we should be able to get another 200' out of it with fire formed cases! N570 may well light it up too.
The rifle is a tuned 700 Short action with a heavy Palma barrel at 26".
Last edited: Apr 13, 2018

Eric does some cool stuff!

I have a 6mm based on the 6.5 rem mag, so basically the same capacity as yours. You're pretty close on the velocity predictions. I'm going to rechamber it to a straight 6mm saum pretty soon tho for better brass availability.

adam32 said:
I have a 6mm based on the 6.5 rem mag, so basically the same capacity as yours. You're pretty close on the velocity predictions. I'm going to rechamber it to a straight 6mm saum pretty soon tho for better brass availability.
Click to expand...

I will have brass this summer if you want aa shorte coal. I actually sell prepped Norma now.

elkaholic said:
I will have brass this summer if you want aa shorte coal. I actually sell prepped Norma now.
Click to expand...

It's on a Ruger M77 long action so coal isn't an issue. I'm doing a 257 saum also so I can use one set of bushing dies for both.
Share:
Reddit Pinterest Tumblr WhatsApp Email Share Link