I would like some advice on which (and how many) types of bullets and powder you would recommend to help determine my rifles accuracy.

I started with a factory Remington SPS Stainless and have done the "easy" stuff to accurize it (new stock w/glass bed, float barrel, trigger adjust, fire lap). I have shot some factory loads with 190gr SMK and have hand loaded various combinations of 190gr Berger VLD's with H1000 powder (I've mostly played with seating depth and powder charge).

The rifle shoots a pretty consistent 1" at 100 yds.

Before I do anything more costly (new barrel, squared action, etc.), I'd like to know that I gave my factory barrel a fair shake with at least a couple other combinations of hand loads. So that leads to my two main questions...

1) Can you recommend any bullets (with decent BC's) and/or powders that you've had good success with in a 300wm?

2) Do you have any other "angles" that I have not considered in trying to get my rifle to shoot tighter groups?

PS - the ultimate use of this rifle is western Elk hunting, but also a lot of practice/fun.
J

from what I can tell most will say R22,H1000,7828,H4831/Imr4831,and 190g -220g bullets.but with that said they will shoot a 165g bullet.the thing to ask is just what are you going to use it for.for me I wanted a lite bullet for hunt'n.so I went with a 168g vld.but while I was testing I was able to get a 200g smk to shoot just as good.even had alot of guys saying to go with a 208g A-max with H1000.and Ramshot magnum powder did OK with the 168g vld.but if you really want it to shoot a great group and take it out to a long distance you will need to go with a 190g or better.but hey this is my opinion.and there are more guys out there that have more time invested with a 300wm.but hope this is something that can help you out. John
L 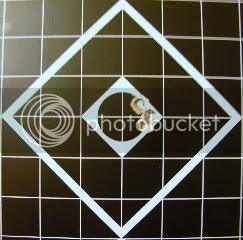 Still have room for refinement and no signs of pressure. 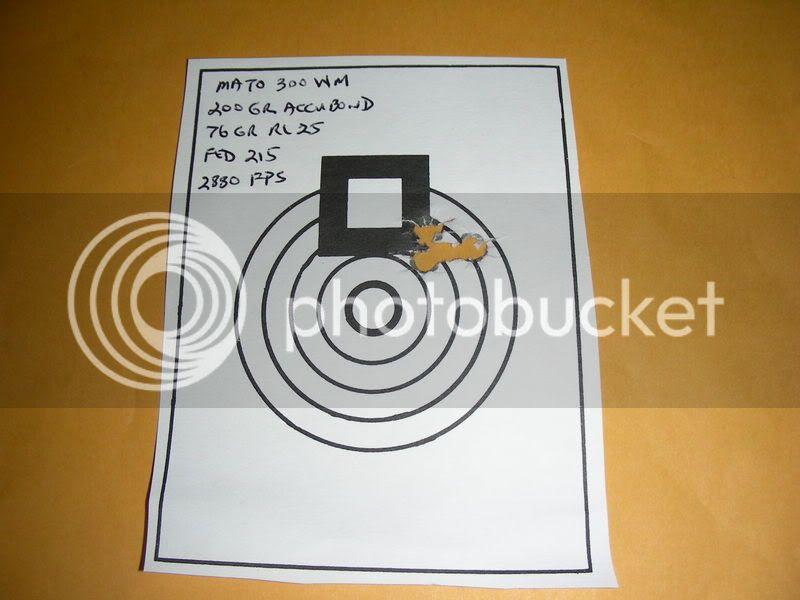 The Accubond was near the top of my list to try due to reputation, BC, and price. Thanks for confirming that this is a good option to give a try.

I notice you guys are using the 200gr AB. Is that strictly to get the higher BC, or are there other advantages (like grouping accuracy)? I'm leaning toward the 180gr because I'll be using this round for deer as well as elk (primarily elk, though). I know I give up a bit of BC with the 180gr...but anything else?

One question on the powder...how are the Alliant powders on temp sensitivity?

I've been considering only the Hodgdon Extreme powders because I'll be shooting in a pretty wide range of temps through the year.

Since H1000 is a fairly slow powder, maybe trying a bit faster powder like 4350 or 4381 might be a good next step to see if my rifle likes the faster powders more. Does that sound reasonable?

Thanks again for the insight.
A

Thanks for the load and velocity info johnnyk. Can you share some info on your rifle? I'm interested to know if you are running a factory set-up or something custom...barrel length, etc. Also, have you done anything special to get it to shoot sub 1/2 moa?
M

Including scope and trigger I have less that a grand in this setup.
B

Thanks for all the additional info. Looks like you have a nice set-up there. You should feel great to have that nice looking and shooting rifle for under $1K...the fact that it includes the scope is almost ridiculous!

I have a standard Remington 700 and before I bought it I debated between Remington and Savage. Seems like you have a better chance of getting a great shooter (like yours) out of the box with Savage. My dilema was the fact that if you do need to get some work done there are a lot options and custom work with Remington. I don't know enough people with Savages to have confidence that I'd get a 1/2" shooter from the get-go...but I could buy two by the time I get my remington shooting
Share:
Reddit Pinterest Tumblr WhatsApp Email Share Link