I also ran N568 yesterday. Tons of accuracy potential but it was the slowest of the three. I’ll update with velocity data later tonight.

1.37” group over the 15 shots. 7 grains difference in beginning and ending load and still managed that group… 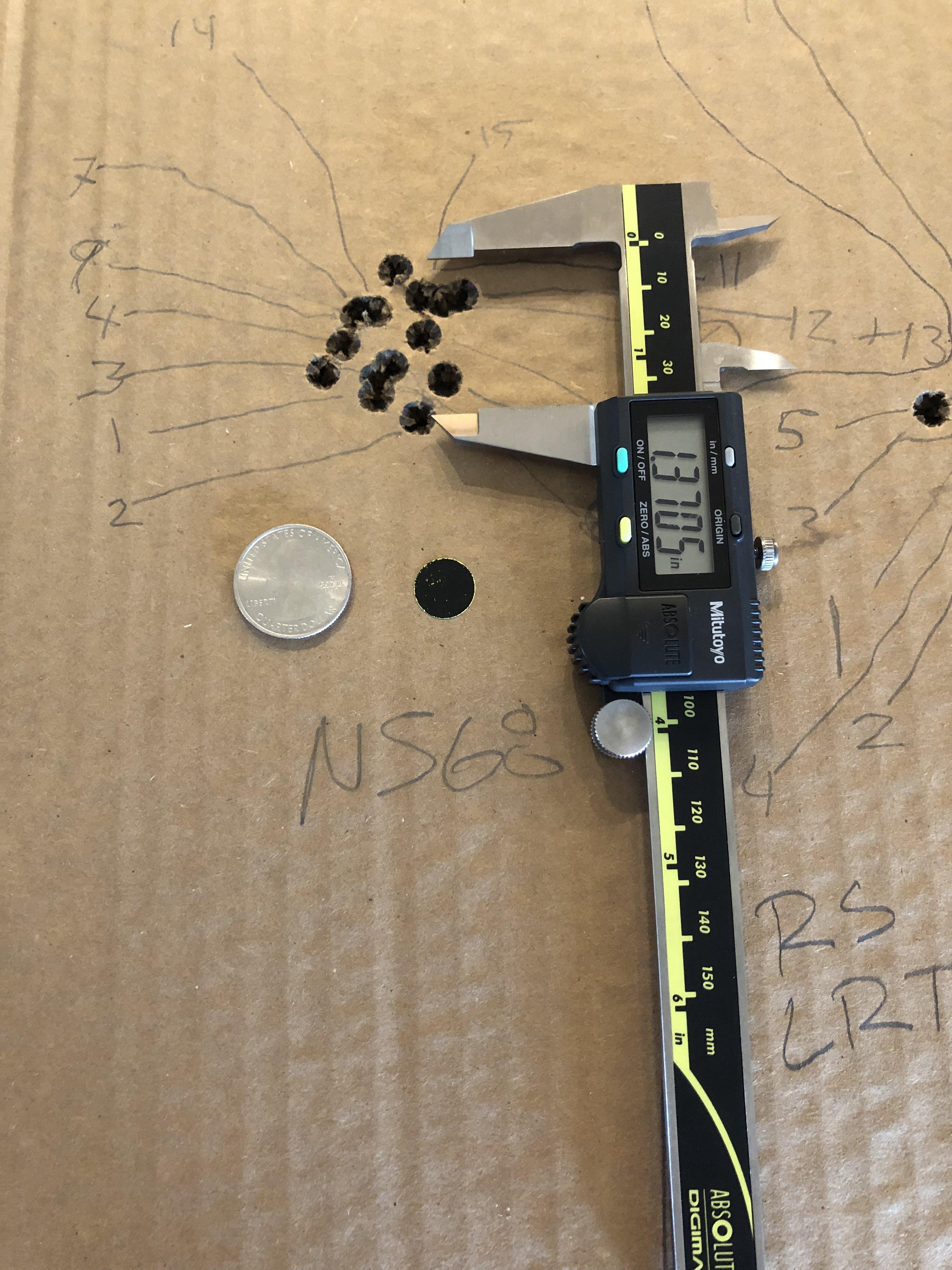 
No published data out there.
Ramshot had load data for 300 PRC, so I started there.

Is this the standard slow twist barrel typical of 300 win mags?
G

Thank you for the information. I’ll use your work up as a start to 225 eldm.

peaceje said:
Is this the standard slow twist barrel typical of 300 win mags?
Click to expand...

I believe the marketing materials for this rifle are wrong and it's actually a 1:10 twist (not 1:11). There's some markings on the barrel that lead me to believe it's actually 1:10 twist. I did the cleaning rod test on it multiple times and came up with a 1:10 twist, on the dot every time. There's a few other posts out there that suggest other owners believe they have a 1:10 twist 300 Win Sako S20.

Tikka/Sako have recently updated the twists on some of their 300 Win offerings to 1:10.

When you go to the configurator, it says they're 1:10 twist. All the marketing materials I've seen still say 1:11 (but, I haven't looked lately).

When I bought it, I figured I was a getting a 1:11 twist and was fine with it. Although, there were already reviews out stating it was actually a 1:10 twist, I was good with either. I started out testing the 205 Elite Hunters in this rifle. It wasn't until later I decided I needed to find out if it was really a 1:10. For my needs and level of concern, I'm confident it is a 1:10 twist.

It shoots the 205's & 215's well too. Even with the almost 3.6" of usable mag box, the 205's and 215's are jumping over 1/10th of an inch to reach the lands. 230's are almost touching the lands at max magazine length. I've only been testing max powder charges. 230's stood out the most in early testing. As far as accuracy is concerned, I don't think I need to mess with seating depth on them. I've only loaded at max magazine length, as a starting point (all bullets mentioned).

At this point, I have some good loads to revisit with all the different bullet weights. I'll have to stretch it out to confirm no loss in BC's on the 215's and 230's. 205's require a min of 1:11 twist. I figured I needed to get a 100 or so rounds down the barrel, to get get it broken in and some 1x fired brass. I've been having fun just messing around with different combo's.
Share:
Reddit Pinterest Tumblr WhatsApp Email Share Link