I have been looking into various 7mm bullets and the associated trajectories and have come up with the following results.

This data is based on a .284 WIN case loaded to as close to 62K PSI (arbitrary pressure) using Quickload as I could get with each bullet.

The BCs are from the QuickTarget database. 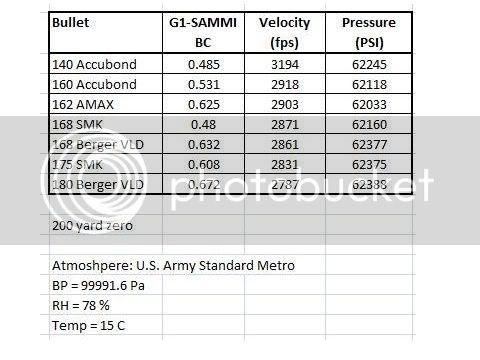 The trajectories to 1,000 yards resulted in this plot: 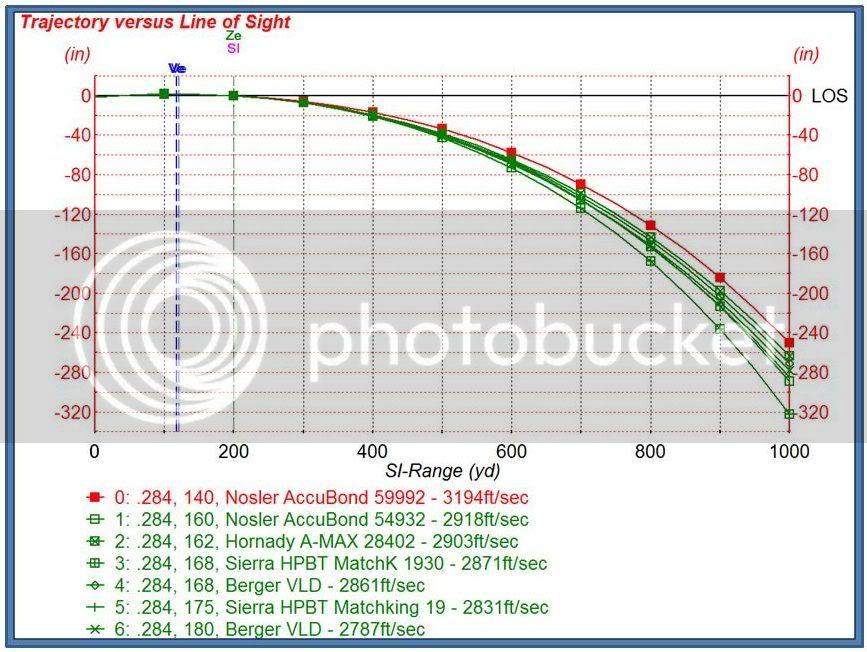 I don't understand how the 140 Accubond ended up with the least drop of all the bullets plotted. Anyone have any ideas what's up with that?

From looking at this, IMHO, it looks almost obvious that the 168 SMK BC in Quickload is off a bit.

Also, there does not seem to be a whole lot of difference between most of these bullets as far as drop is concerned.

Wind drift may actually be a bigger driver than drop in a choice betweeen these bullets for long range ...

This is interesting, this plot is for a 10 MPH headwind. 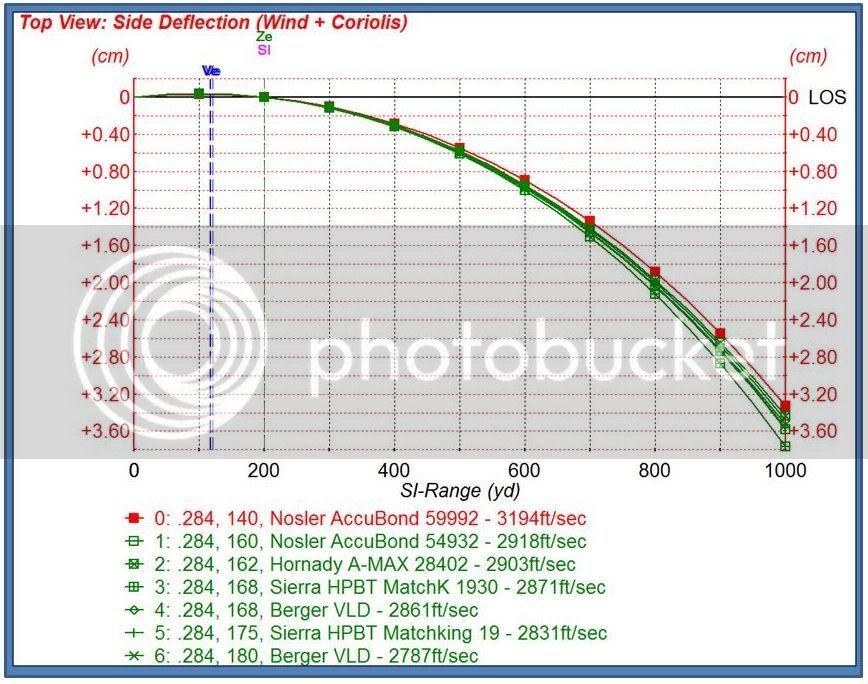 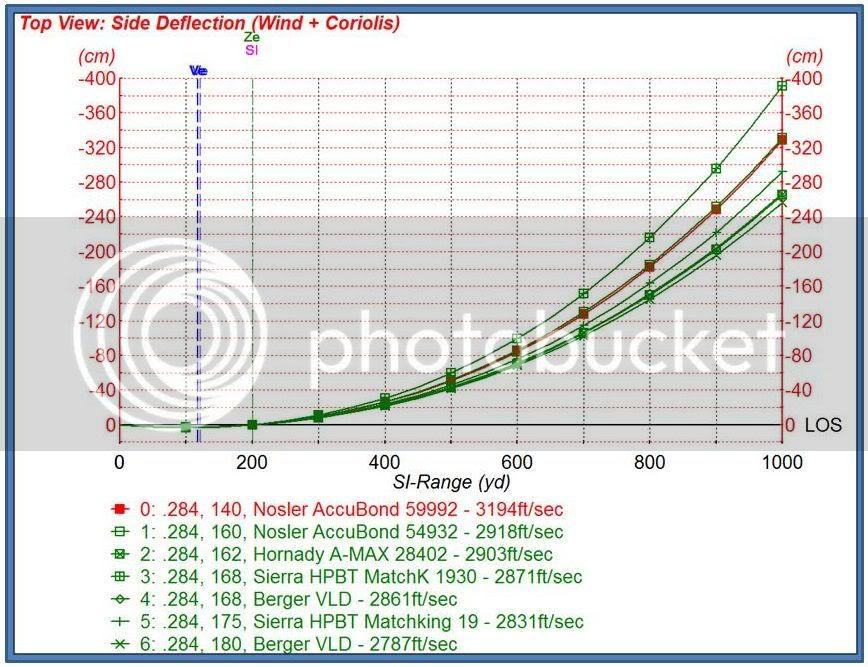 And then the resulting plot of energies: 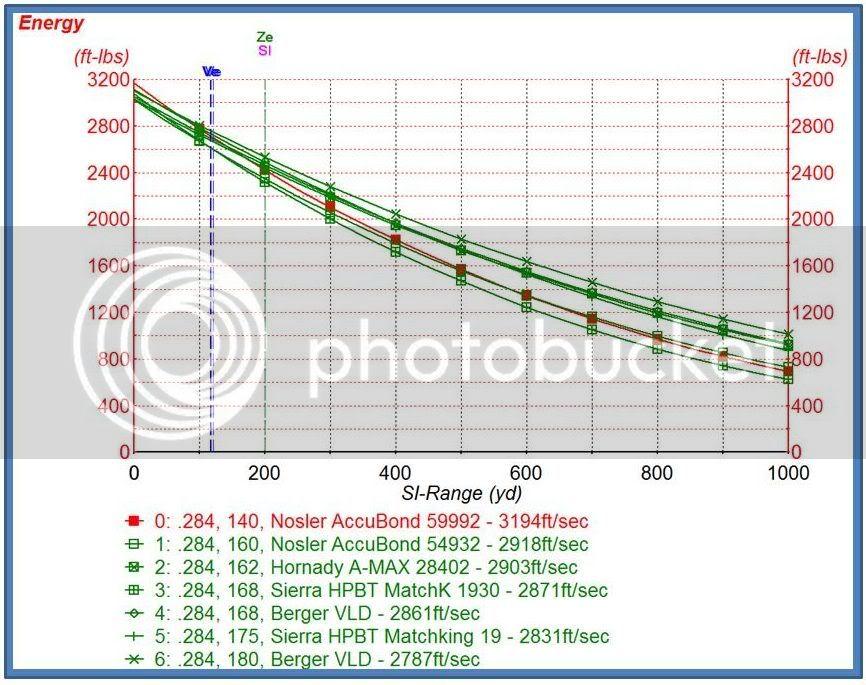 My Sierra I6 gives 71" drift for the 140gr AB and 55.5" drift for the 180gr VLD at 1000 yards, based on the velocities you have given. A greater concern would be the lack of expansion of the core bonded AB in comparison to the softer VLD and Amax at these ranges.

Speaking of the .284, I had a chance to shoot an F class .284 Win on our hunting block a couple of days ago. We (two shooters) were able to maintain a 12" group at 1260 yards through gusty winds, ranging from 7mph to 14mph, it was horrible weather with showers. It was really impressive to shoot such a nice rig in the field. The pet load for the rifle utilzed the 180gr VLD at 2950fps. I think it is a 32" tube but a 28" barrel would also come close to this.

Bullet drop was predictable, right on the money but my error of wind judgement was emabarresing. The first shot was off target by a meter. Had we have been using another style of low BC bullet and I made the same poor estimation of wind drift, we would have been way further off target. I got home and immediately started googling wind meters.

A
284 win and monolithic bullets