Fiftydriver said:
You can also put a 200 gr ULD RBBT in a 7mm STW and drive it to around 3000 fps and you will have an extremely potent long range round. This bullet has a bit higher BC then the 156 gr ULD RBBT in 25 cal. All that said, it really comes down to what you want.
Click to expand...

Just to shed some light on the differences (although this isn't about the .257 STW) of the different rounds (7mm, .30 AX and .375 AM). If I have them wrong, please correct me. Two weeks ago I shot 3 of your rifles back-to-back on a low wind day, at a 868 yd gong. Since all 3 calibers impacted within 6" vertically/horizontally (my estimation) with the same hold, and we didn't compensate for any wind with all 3, what was the moa drop of each round if they were sighted in at the same distance?
Check your e-mail. The .257 will be headed out your way as soon as you let me know if you need anything else. Thanks!
Last edited: Jul 8, 2008

With all zeroed at 100 yards this is the drop we would have had at 900 yards. This is not really a fair comparision as the 7mm AM and 300 AX were loaded pretty mild as these were loaded for my hunt in Oklahoma where it was in the mid 90 degree range so I throttled those two down a bit. 3450 fps is not overly crazy for the 7mm AM and the 160 gr Accubond and the 300 AX will do 3200 fps with the 240 gr SMK with max loads but here are the numbers you asked for.

Fiftydriver said:
Old Mr. Ferguson did the 257 STW (Hot Tomale) a disservice when he was pushing it as a 4000-4100 fps chambering with a 100 gr XLC bullet in a 28" barrel. Simply put, this is simply a sales pitch. It worked in the beginning but it was not long before the bad reports started to come in on these performance levels.

When I got into the rifle building business, I was also very interested in this level of performance for a flat shooting 500 yard and under deer rifle chambering.

I built one for myself and then another for my wife. Both were using 1-10, 3 groove Lilja barrels. Simply put, the Winchester 7mm STW brass will loose its primer pocket at anything over 3950 fps with a 100 gr bullet(ANY 100 gr bullet) in a 30" barrel.

I tested pretty much all the bullet combos out there to see where the best performance was at. Also, best accuracy results were in the 3850-3900 fps range, a full 200-250 fps off what Ferguson was claiming and this was out of a 2" longer barrel.

In my testing I came to really like the chambering once I realized the true performance levels of the chambering. It was accurate and flat shooting and did not need the ultra high velocity claims to make it sell.

This chambering is very barrel length dependant, as are all of the larger 1/4 bore magnums. In my testing, I took my 30" Lilja and set the barrel back an inch at a time until I was at 26" of barrel length. My findings that with the same loads, the velocity dropped an average of 42" per inch from 30" to 26".

I have built several dozen of these rifles and all have been extremely accurate and consistant when used in their proper pressure ranges. I have also had several customers that needed a reality check thanks to Fergusons claims which in my opinion are not realistically possible with anything that resembles good case life.

It got to the point that I actually contacted Ferguson to see how he was getting these levels of velocity with what he claimed was acceptable case life. At first he simply dismissed my inquiries. I persisted as I did not feel it was responsible to recommend such levels of velocity.

Finally he admitted that he had very little concern about case life and that he only wanted velocity. He also admitted that the Win cases would have dramatic case loosening on the first firing and that after the second firing the cases were spoiled........

My comment was why not just drop off 150 fps and get much longer case life with longer barrel life and in most cases better accuracy and consistancy. His reply was that he did not want to give up the ballistic performance which simply says that he has not done the research to really see what the difference between the two loads was. Yes, the milder load will drop a bit more and have a bit more winddrift but in most cases, out to 500 yards, a shooters ability and shooting position will effect bullet point of impact more then the difference of these two loads. He never replied to that comment.

I am not saying the 100 gr bullets are not accurate, most I shot out of my rifles were grouping under my 1/2 moa accuracy requirements at 500 yards. That said, the 130 gr Wildcat BCHP would consistantly play with the 1/3 moa range and often less then this.

If you don’t have anything to say why say anything

You are right. Could very well be some new interest in this cartridge or something similar or newer. For that matter new information from members who were not here back then. 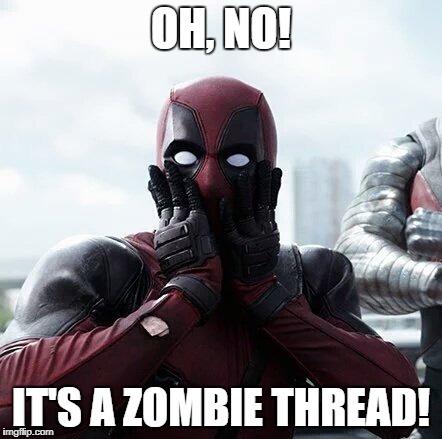 Did you realize this thread is from 14 1/2 years ago?
The answer from fiftydriver might happen, but it might be more advantageous to start a new thread asking for load info. The evolution of powders and projectiles has come a long way in 14 years.
Do you have info on the load? Because that specific of a question about the load leans that way.
D

I did say something, and a typical response (as Lance also noted) for most of us has been around for a while now, and @lancetkenyon noted the best course of action.

You should have gotten a prompt like the one below with the recommended action.

And if you look at the similar thread below, Kirby (@Fiftydriver) also has an older post (19 years ago) - https://www.longrangehunting.com/threads/257-ferguson-hot-tamale.5082/

Not too long ago, an LRH member (IIRC, it was @Darryle) requested to Admin the prompt to prevent threads like this from being zombied.

Sorry, you took offense to it. Kirby is now quoted, so he may still respond to your question.

ricknolan said:
Can anyone give me any feedback or insight on the .257 Hot Tamale, a cartridge developed by James Ferguson by necking down a 7mm STW case to .257 caliber. Reported to shoot 4,000 fps.

The 257 stw was developed long before ferguson renamed it after him with no other changes. Lot of history with this one. If your expecting the +4000 fps claims with a 100 gr bullet weight you will be very unhappy unless your OK with one or two firings per case. Called out ferguson years ago on his speed claims and while it took years, he finally admitted he was fine with throwing brass away after one firing….. have shipped dozens of these rifles and they are great rifles if your expectations are realistic. 27-28” barrel, expect 3800-3850 fps max. 30” barrel you will see 3900 fps or so. Over that and simply eating brass.

the 257 STW is actually to blame for the start of my Allen Magnum wildcats. A local smith was claiming i was building the 257 STW and stealing the idea from ferguson who apparently this guy was quite fond of. Telling my customer what they should realistically expect to get velocity wise and not to fall into the sales pitch hype of 4k fps.

in the end this other local builder got flat out obnoxious attacking me. So i set down, designed my 257 Allen Mag and had a round that would produce legit 4000 fps + performance with 100 grain bullets in a 28” barrel length. And with very good usable barrel life. That was the start of the adventure so i guess i should thank him…..

the 257 STW is a great round. Used to load my customers rifles with 130 grain bonded core HP from wildcat bullet to around 3450 fps and it was an amazing medium game cartridge. The 110 gr accubond was a good choice also but not all rifles liked that bullet.

the 257 STW will add 150 fps to the 257 wby making it a very potent round, no need to inflate the numbers to make it look better then it is but that seems to be the trend…..