Filled my 2021 tag. Best whitetail I’ve shot, found him sleeping, shot him at 503yds, ranged at 580, dialed up, shot over top, I thought, but jacked another one in and shot again, seen a flash of snow behind him, jacked third shot in, he’s still looking around, so I re ranged him then corrected my dial and dropped him. There was a tree row behind him I think I must’ve bounced the trees instead. Can’t stress the importance of getting a good range. Used my 7rem mag and 180hybrids, once I got up on him, I had skinned one just over his withers, but the shot that dropped him broke his shoulder and punched through breaking the far shoulder too. 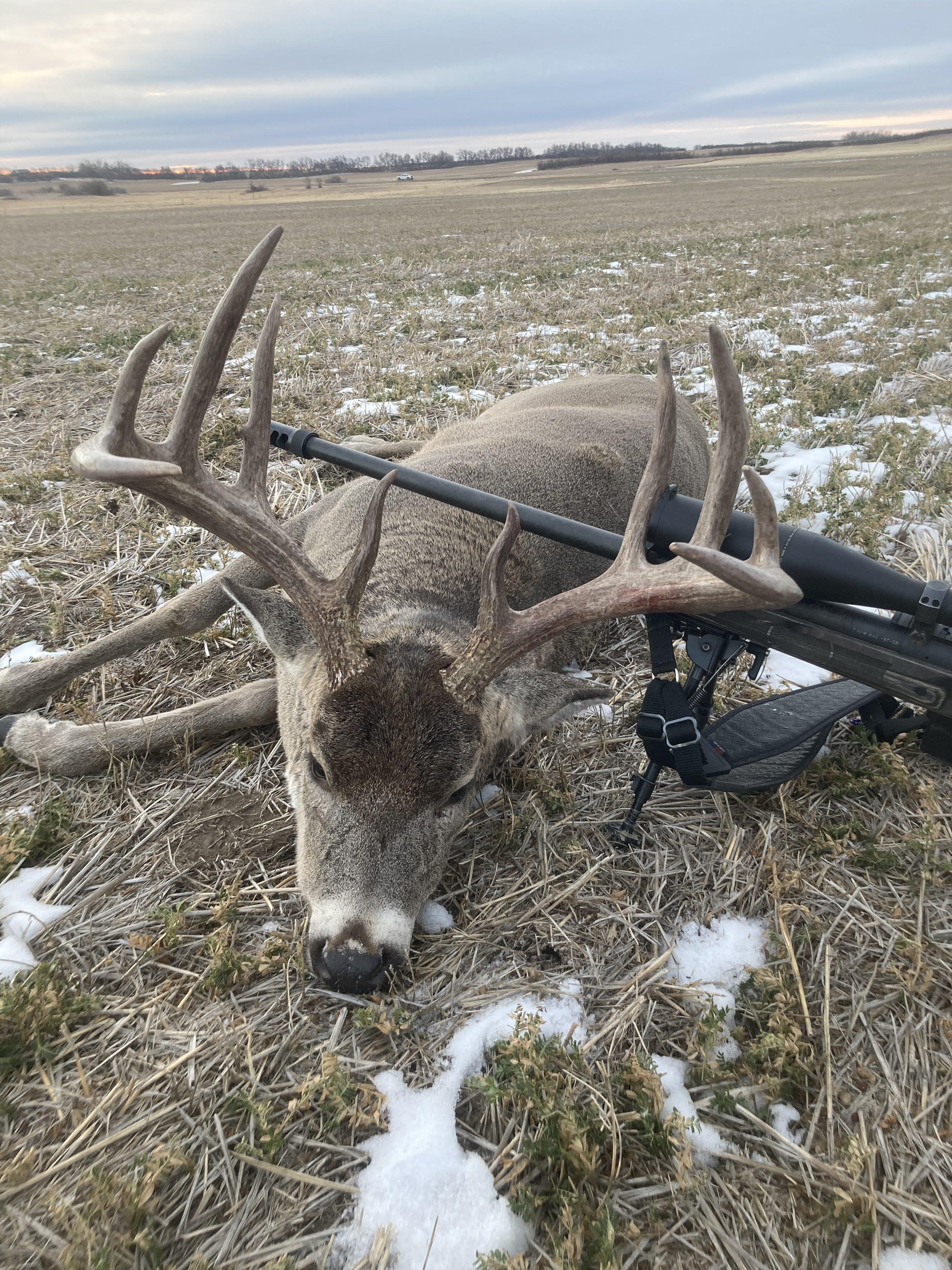 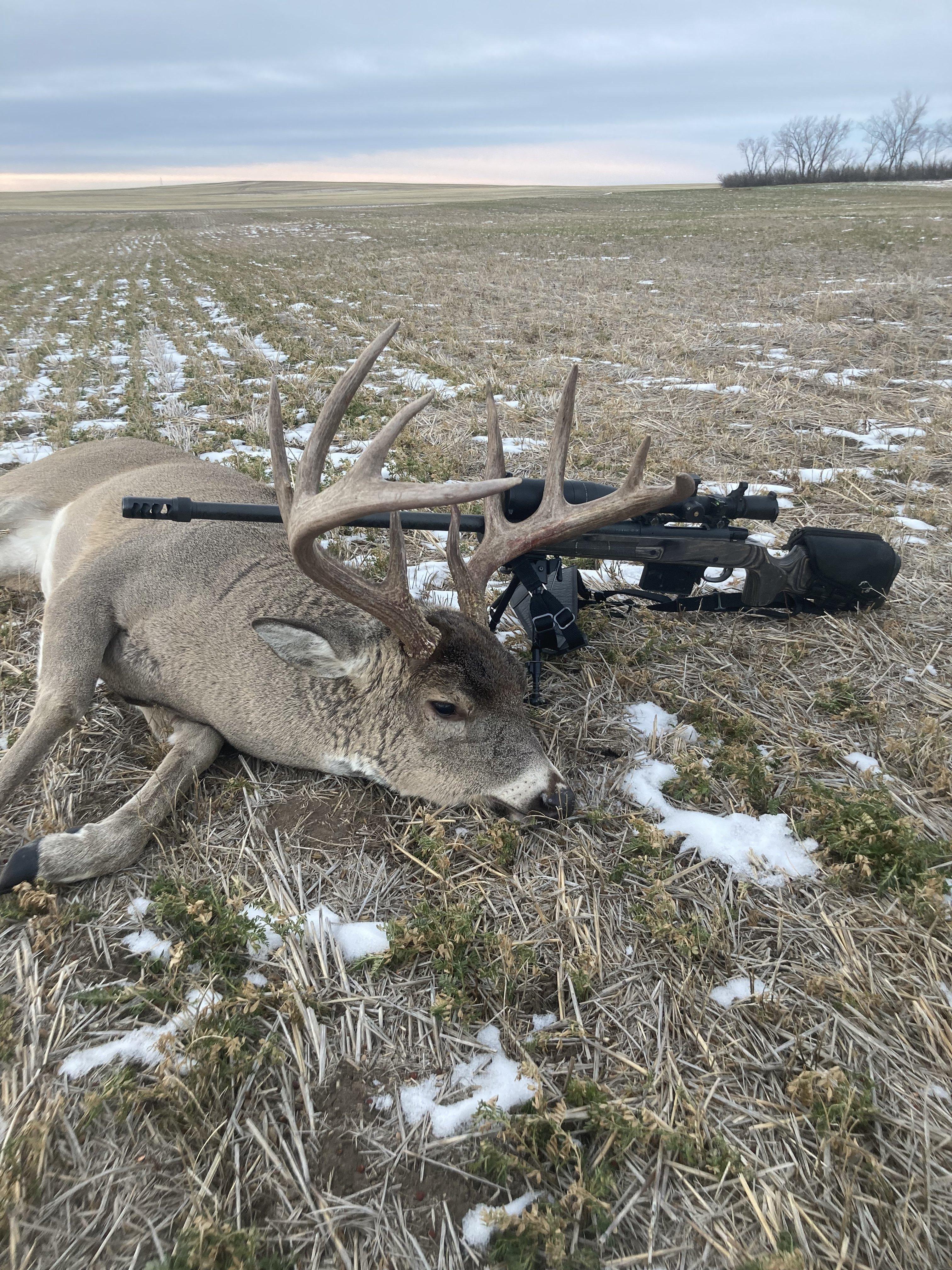 Bucks like that aren't found every day! Congratulations on a nice trophy whitetail.

You got a stud, congrats on connecting!
B

That’s a Beauty. Good shooting too.
B

Like you said, it’s paramount to have an exact range, especially beyond 400…makes all the difference
T

Nice buck. What part of the country are you hunting?

Ol' Red said:
Nice buck. What part of the country are you hunting?
Click to expand...