What a nice spread and high and wide rack! Really.nice.
K

Ol' Red said:
What is the spread on that guy? He's huge or that is a really small tailgate.
Click to expand...

Slighlty quarting away right to left, complete pass through, part of the copper jacket found underneath hide on far side.

KurtB said:
Shot this one Sunday with a 58 caliber Hawken on the plains of Colorado.

We have a ranch/farm out by Wray. Some huge bucks in the canyons out there.
H

Well my kids had a successful first deer hunt. We thought we were going out to get them their first doe, but fate had other plans. This little buck comes out and my daughter calls dibs. Lol. So I give her the go ahead and she smoked him right through both lungs. As we’re celebrating, we can see another buck out there. I get my son behind the rifle, and he smokes a monster right through the heart at 250 yards. I’m a super happy dad right now. To top it off, they killed their first deer with my first deer rifle, and the same rifle I had rebuilt by a member from here. 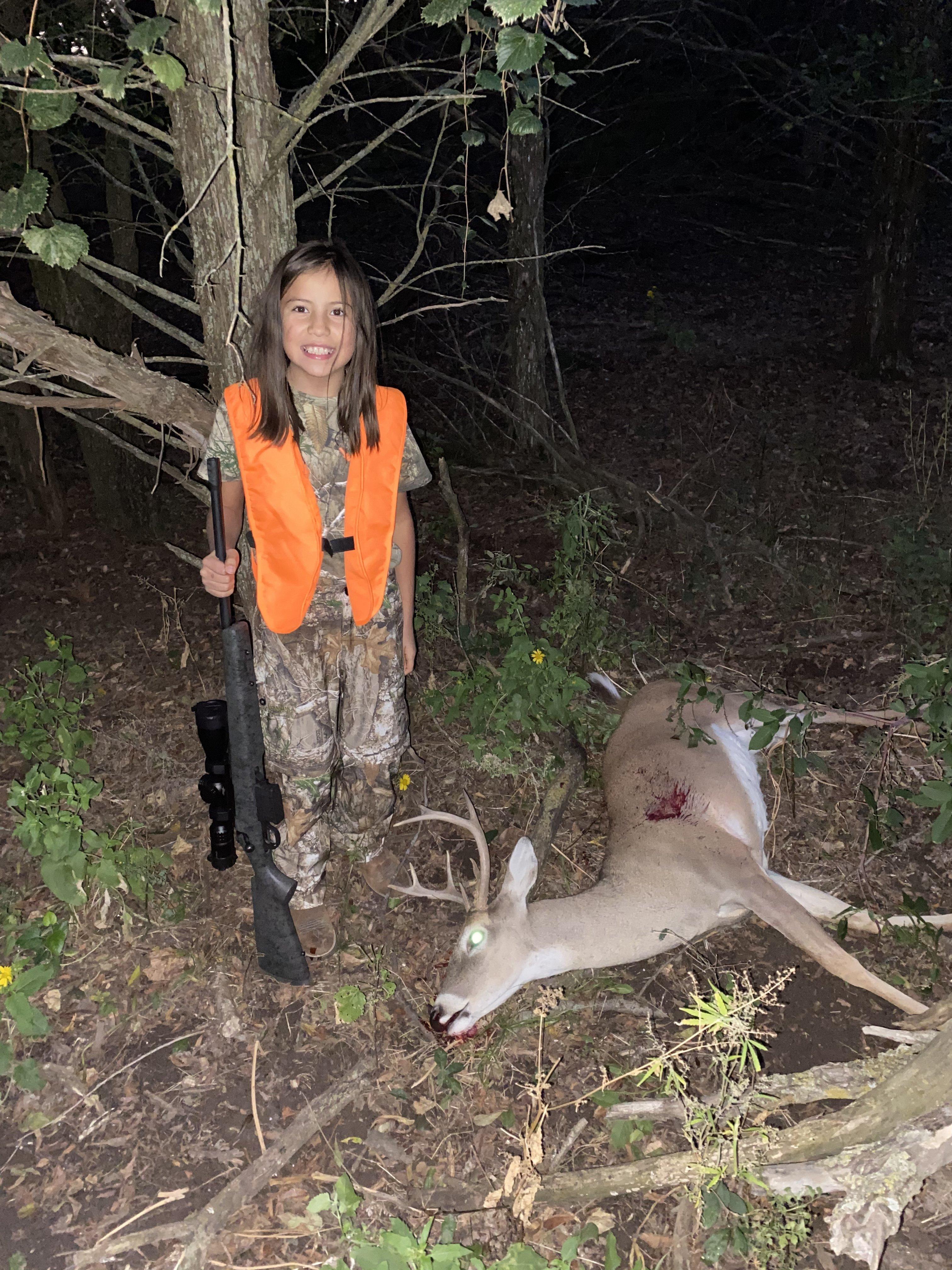 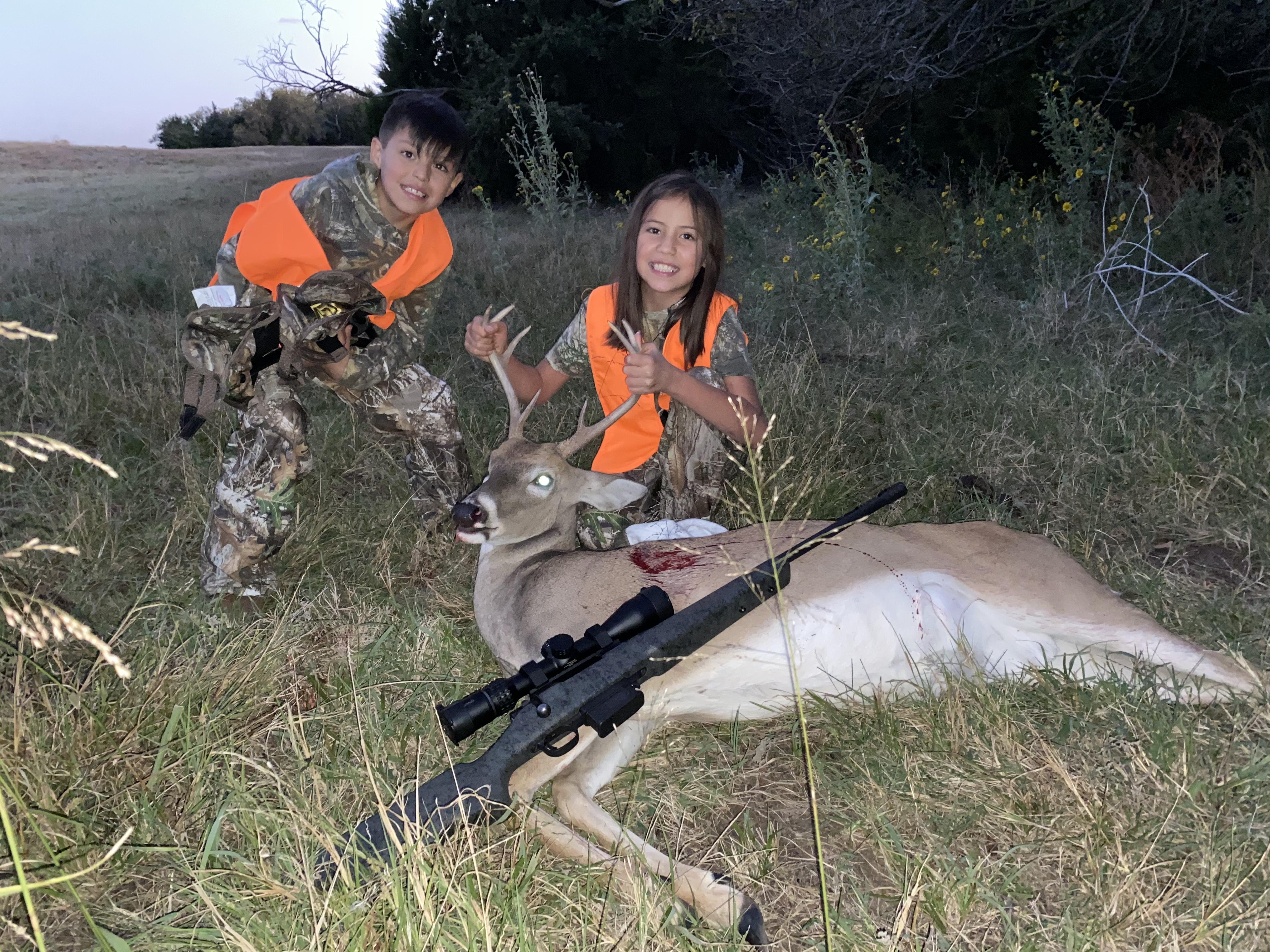 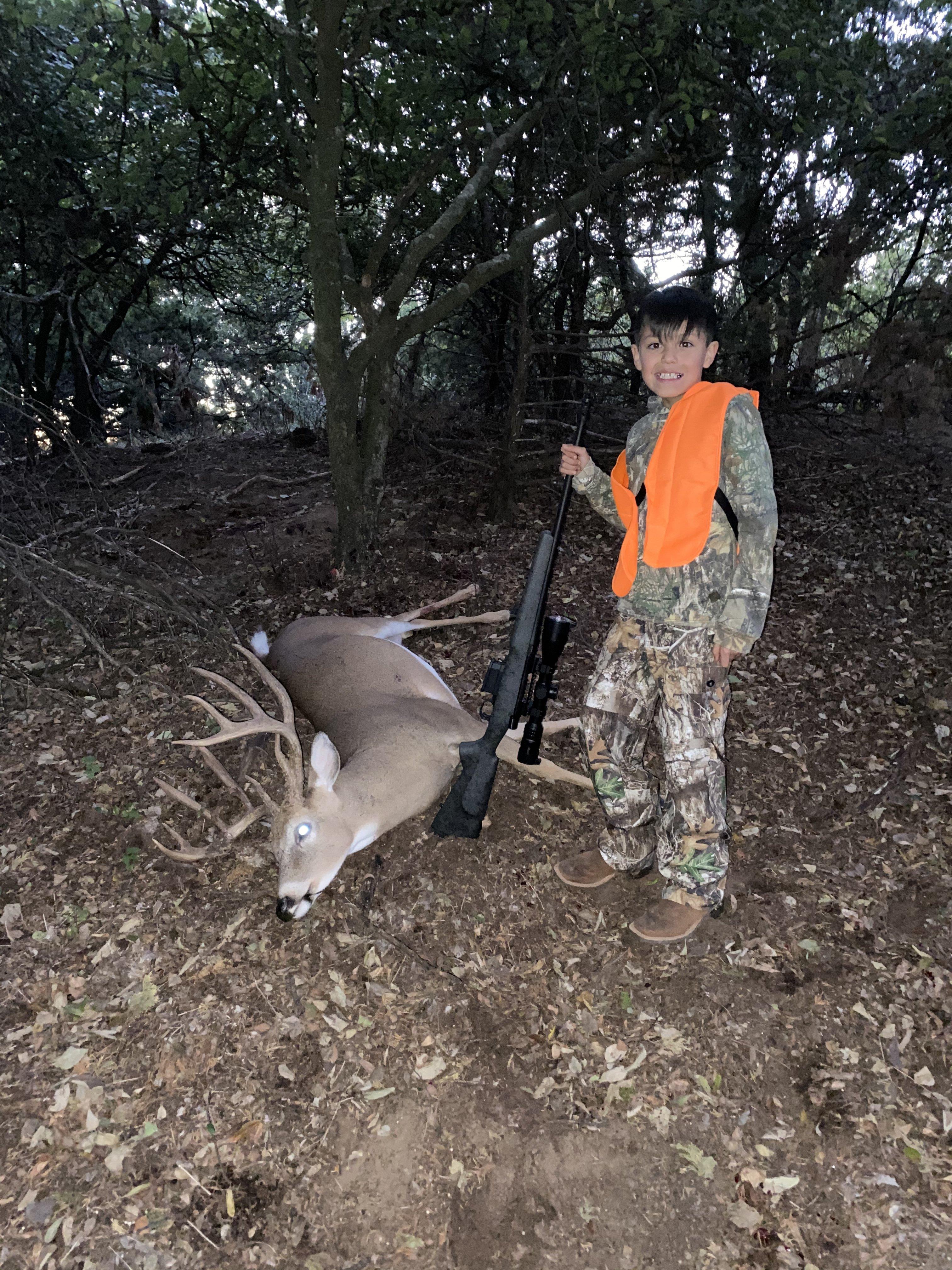 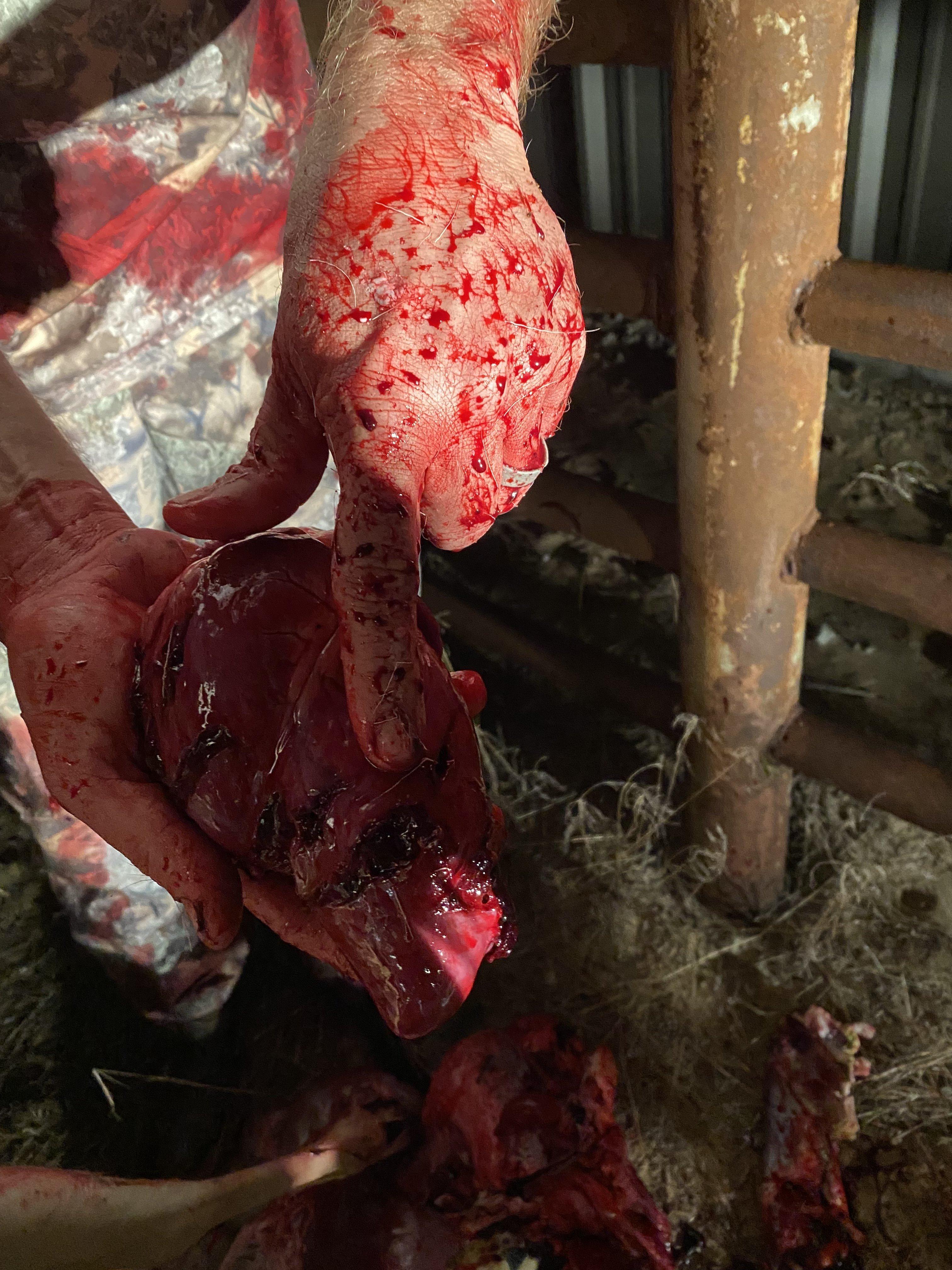 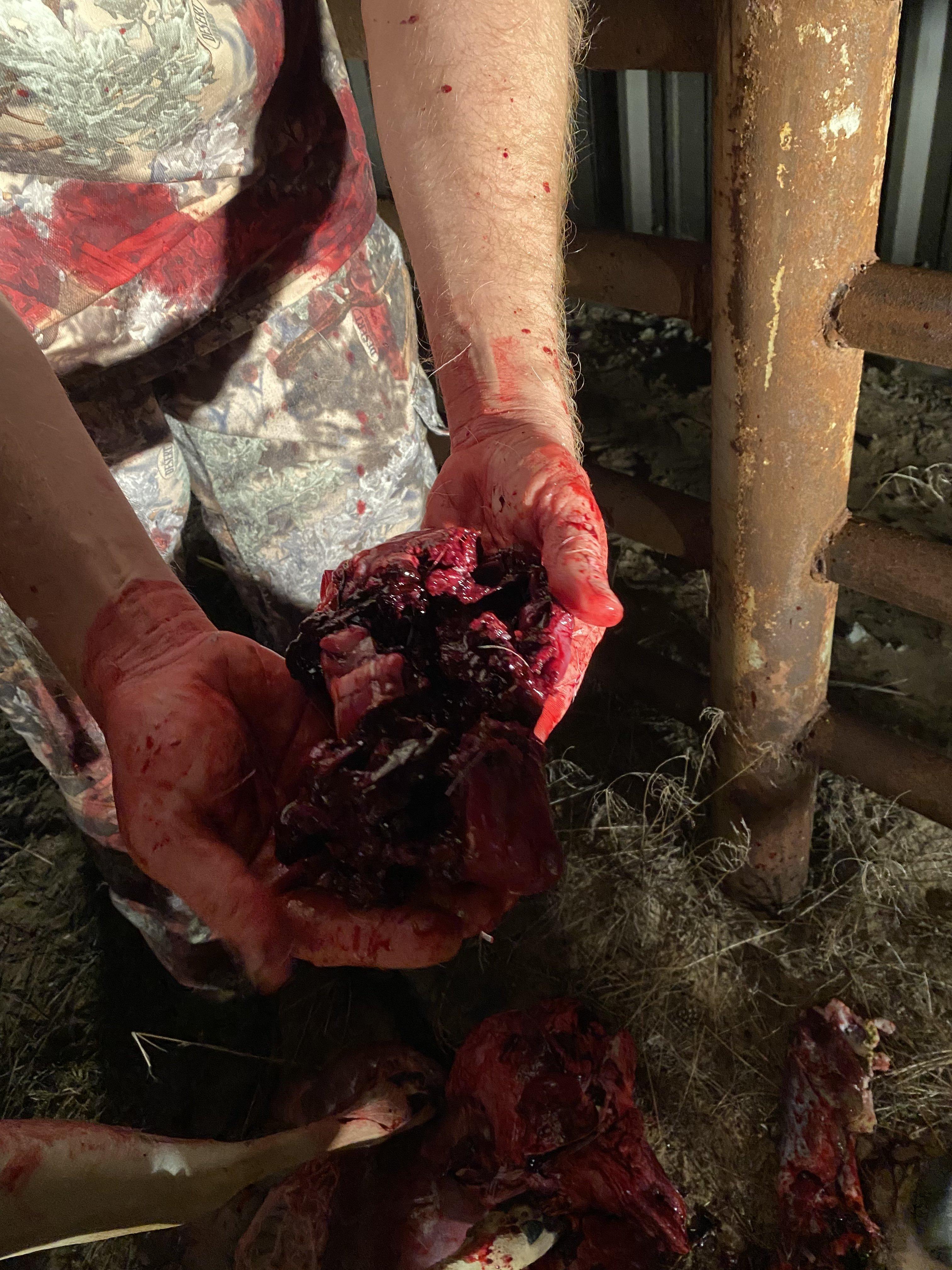 What a great family outing in the great outdoors. Lots of good memories, especially for dad and so cool they got their first bucks w your first deer rifle. Some great nostalgia!

Oh my Oh my Oh my. Congrats to you and your kids. Making memories through love is what it is all about. 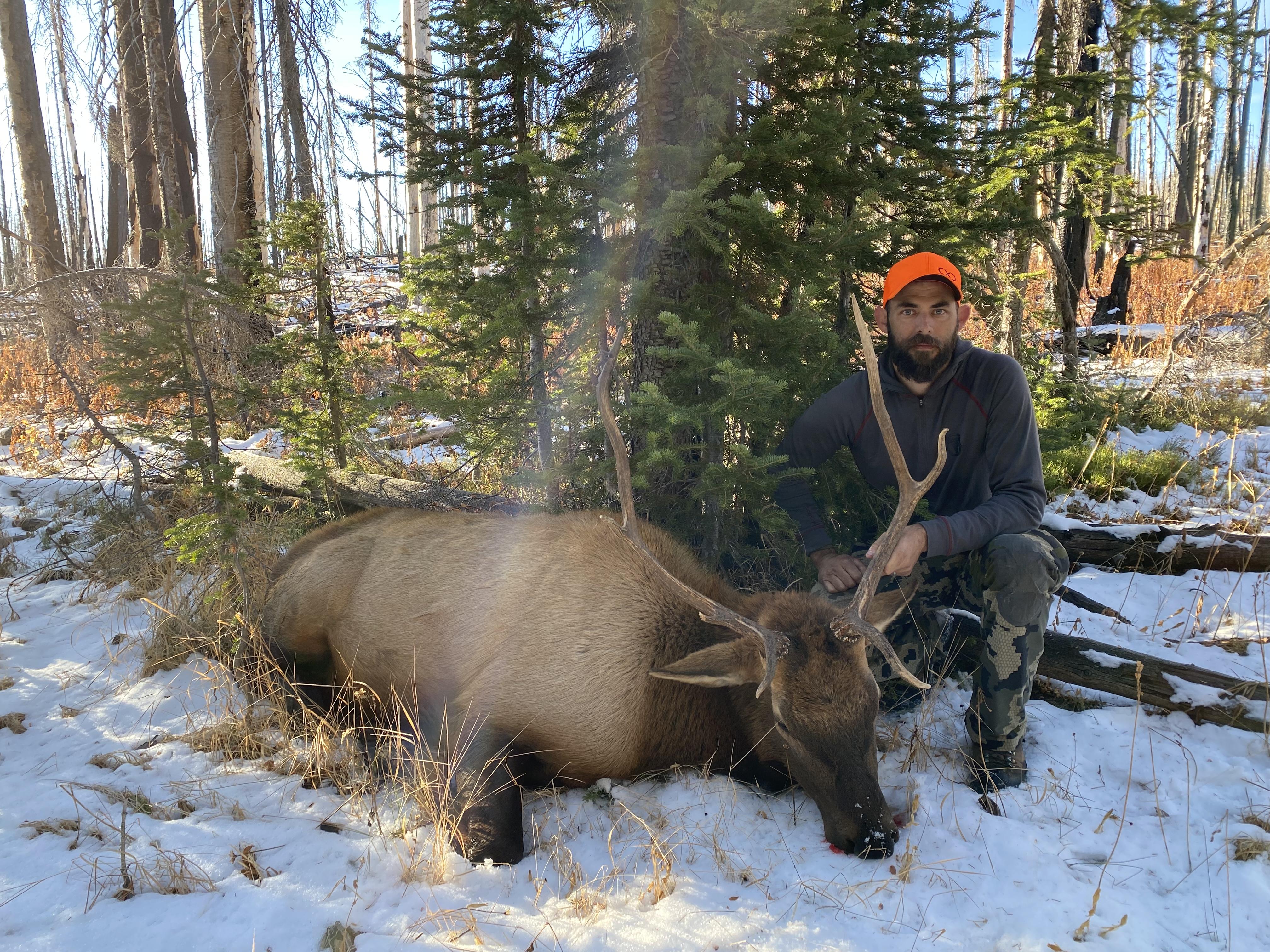 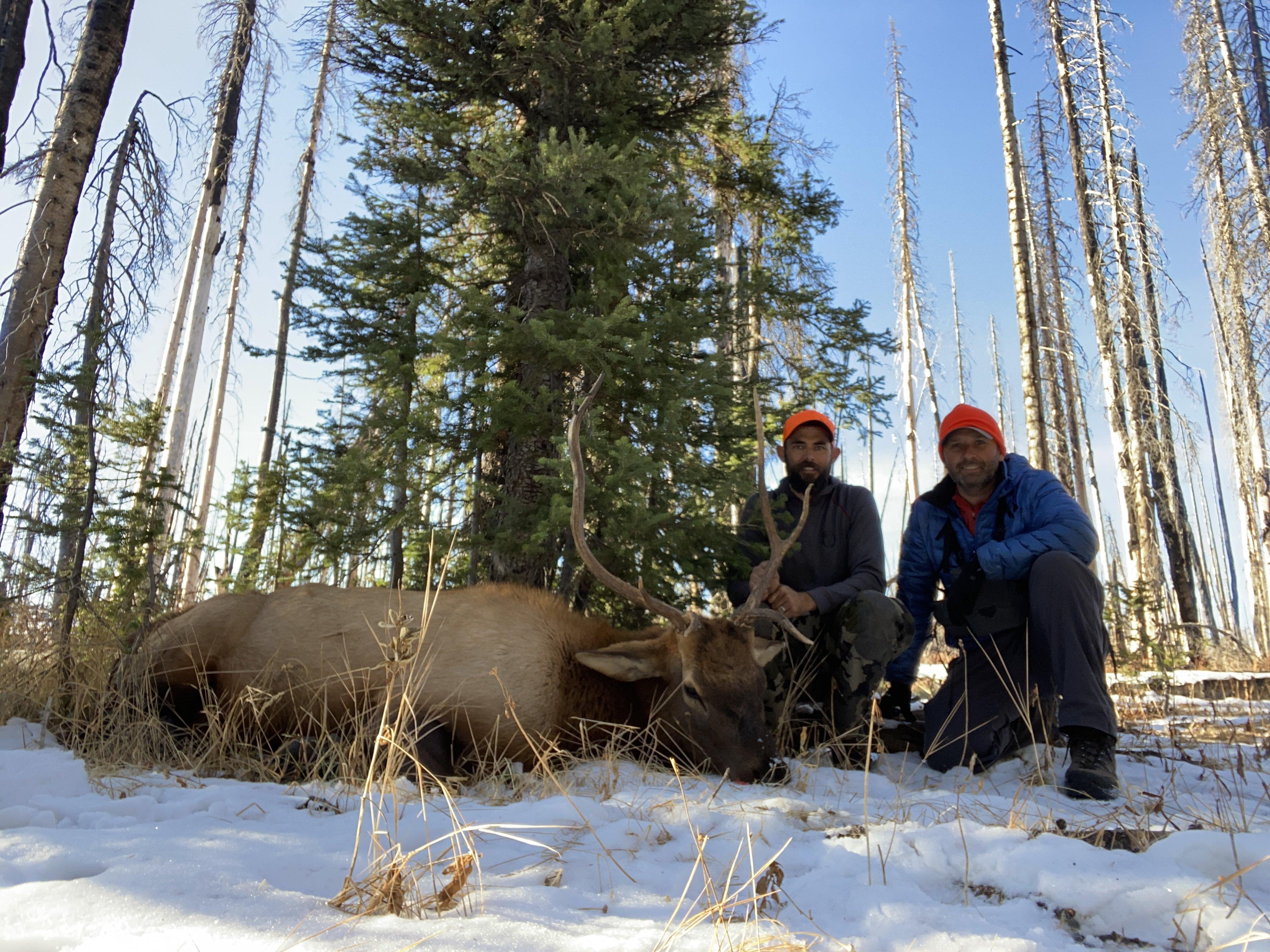 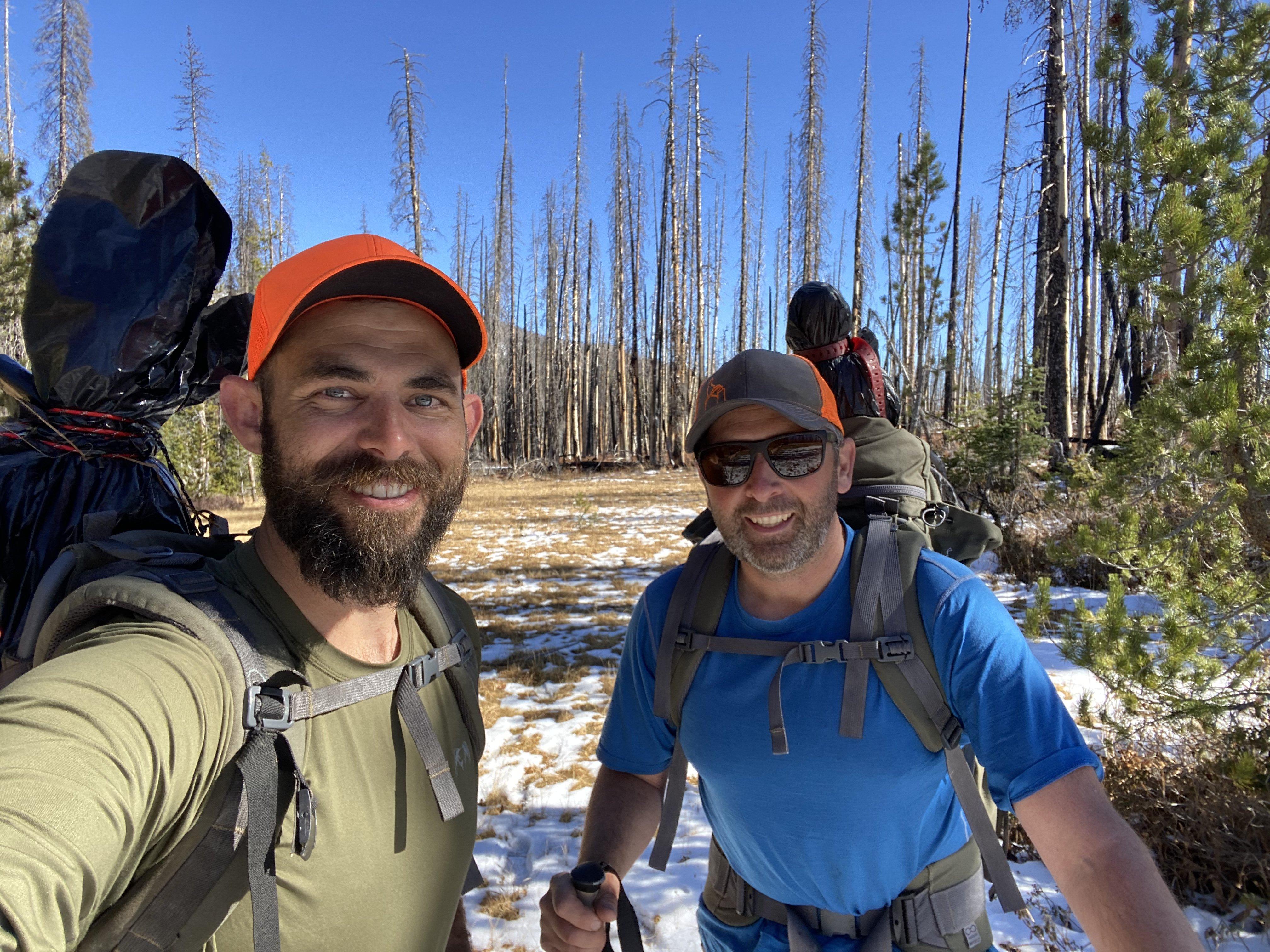 Tagged my first antelope and mule deer buck this year and have had a blast. The Antelope was a 100yd shot on the neighbors place one afternoon. Mule deer was a early morning downhill 560yd shot. Furthest shot I've ever made on any animal and it went so well my hunting partner took one of the other bucks with my rifle.

Also put another 2 antelope does in the freezer. Only 1 more antelope doe, 2 mulie does, and a cow elk tag to fill lol. All done playing buck hunter 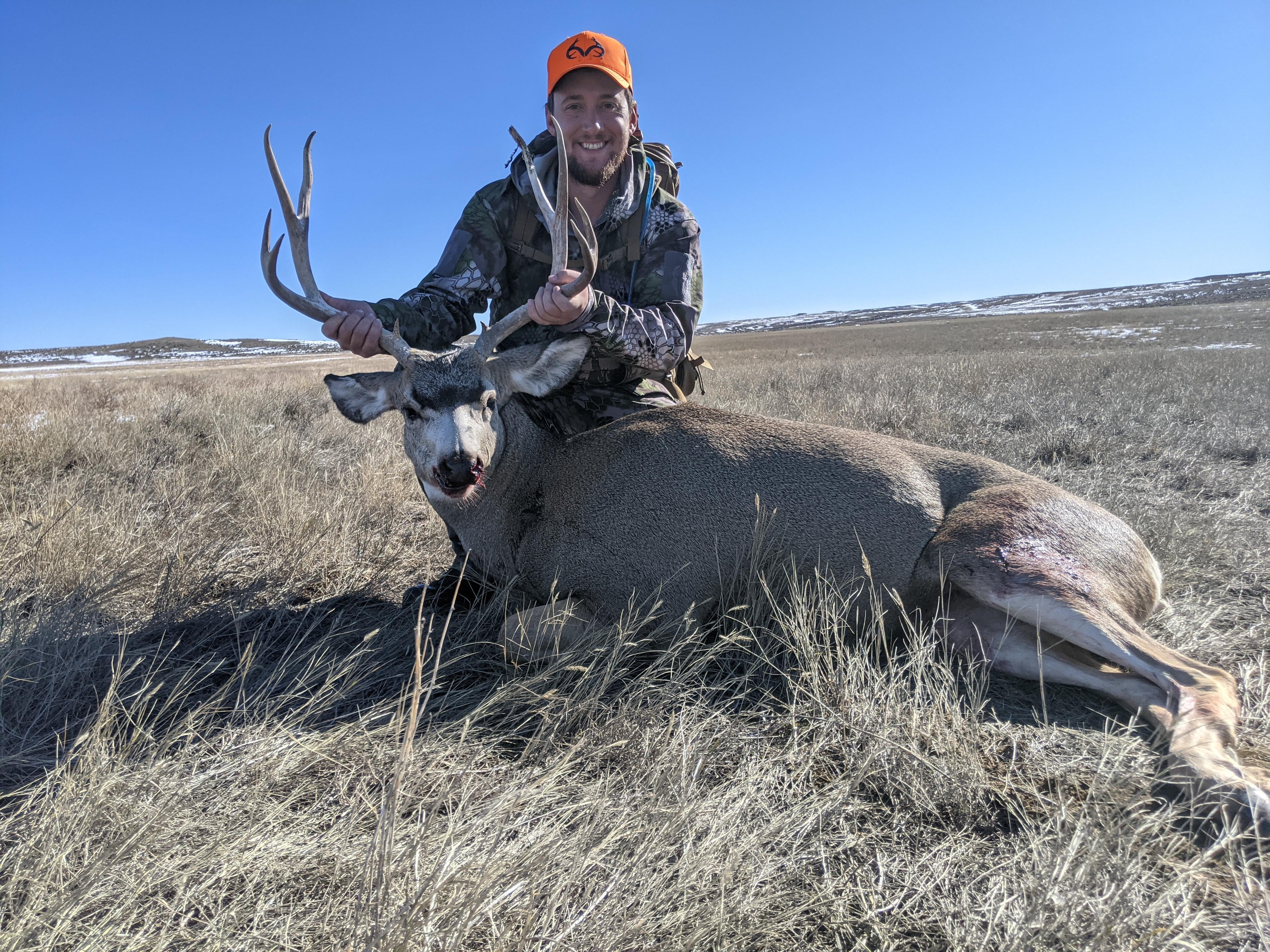 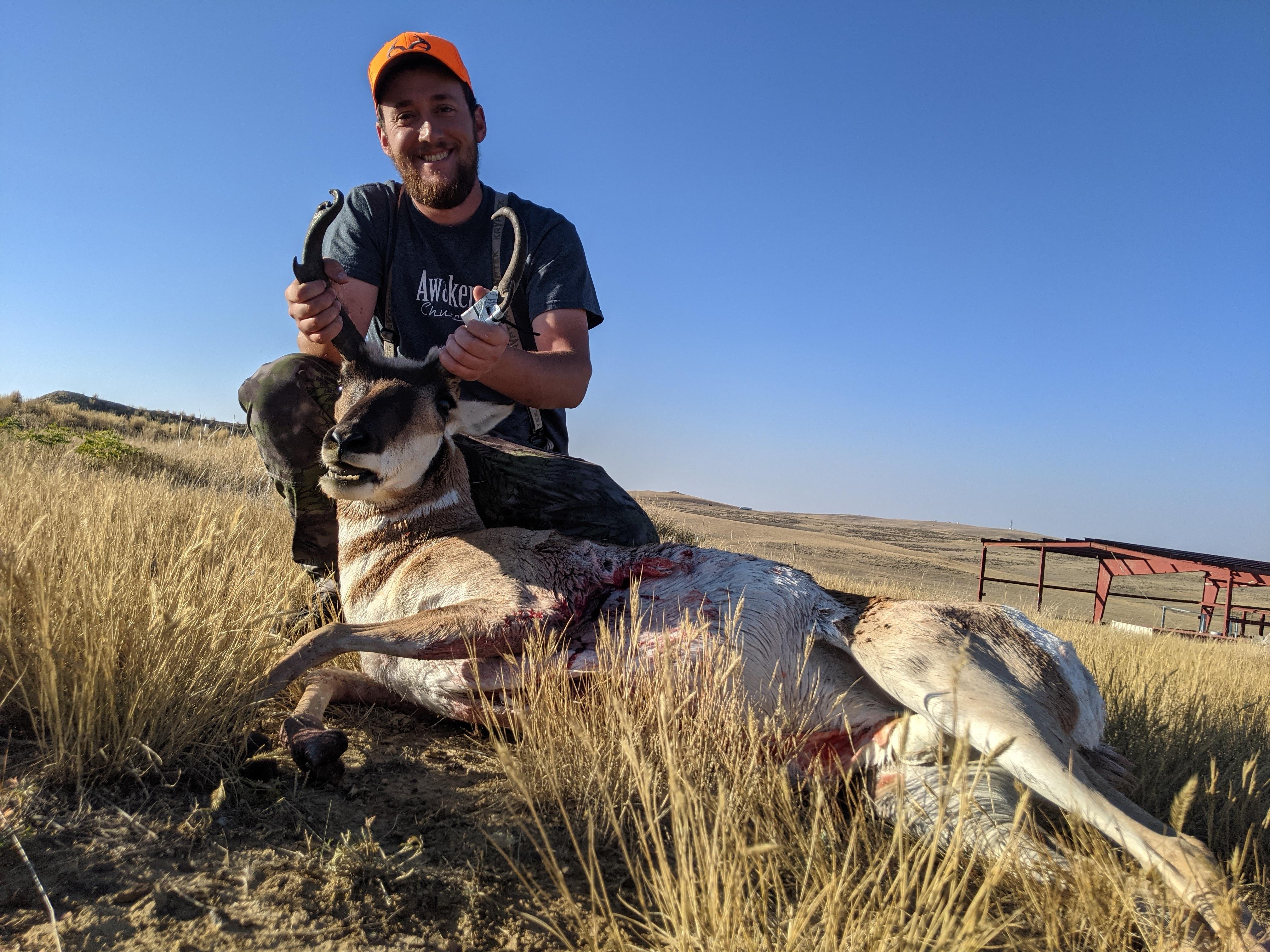 Everyone needs to try this.


Meat in first
Garlic salt, pepper, soy sauce, and Worcestershire sauce mixed together and poured on top. Mix onion soup package and cream of mushroom soup together, and put on top of the meat. Put vegetables on top and around the meat. Add water now. Cook in crock pot for 6 hrs on high, or low for 8-9 hours.
S

Where are you guy hunting, those are some nice looking bucks I need to move to your area

Some pretty awesome deer hitting the ground, congrats all!

Well I went and hunted a new area that my uncle Buck had hunted years ago. We had fun, but man there were so few deer out there it was crazy. We finally smartened up and started hunting closer to some pivots and found a bunch of young deer. I put the stalk on one really big buck, but he got into the private and decided to stay there. On the last morning I hiked back into a draw I had found lots of smaller bucks in, to get my family some meat. I was all set up to smoke this buck at 330yds as soon as he was well into the BLM, but plans changed.
My uncle shot his forky back on the other side of the butte and the 3 bucks in front of me started moving a lot quicker. I had to reposition and let out a loud whistle to stop them. The best buck turned broadside (very light quarter away) and gave me a shot. With all the commotion my heart rate had gone way up, but watching my crosshairs floating in his vitals I decided I was steady enough to start squeezing. BOOM. Bullet traveled 475 yards and buck didn't go 15
I was pretty excited for the clean kill and meat for my family, but of course a 4 point had to wonder by with 20 does while I was breaking my buck down haha. Rifle is a Bergara Ridge in 7 RM. Handloaded 162 ELD-X shot 1/4 (C to C) group week before the hunt. The bullet performed well on the buck, going in the back edge of near shoulder with minimal bloodshot, the front half of the bullet blew up in his rib cage, and part of it went out a small hole after breaking the far shoulder blade. Right before this hunt I had the idea to use a label maker and put wedge cut numbers on my top turret (3, 4,5 etc). It was great in the heat of the moment to not need my drop chart, and it was way cheaper than a custom turret